So, I could fill this post with more pictures of sheep and lambs and calves… 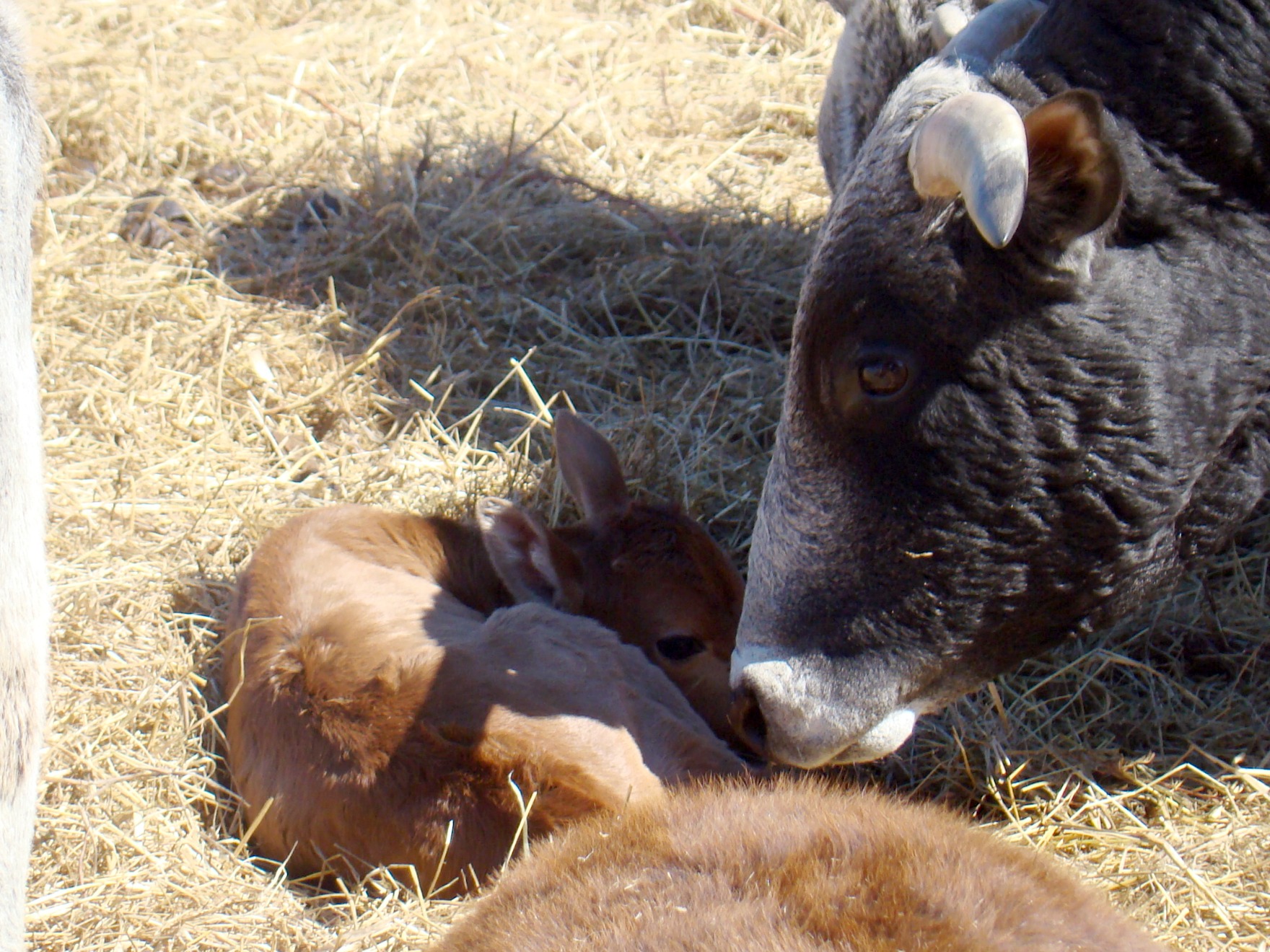 A little love from Daddy. 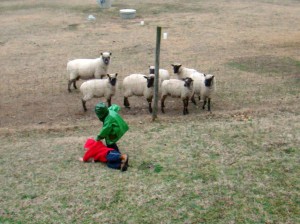 By the way, they were laughing hysterically through this–even the rams over there watching like a pack of schoolboys.

But I got the coolest pictures of something else yesterday when I left the office! 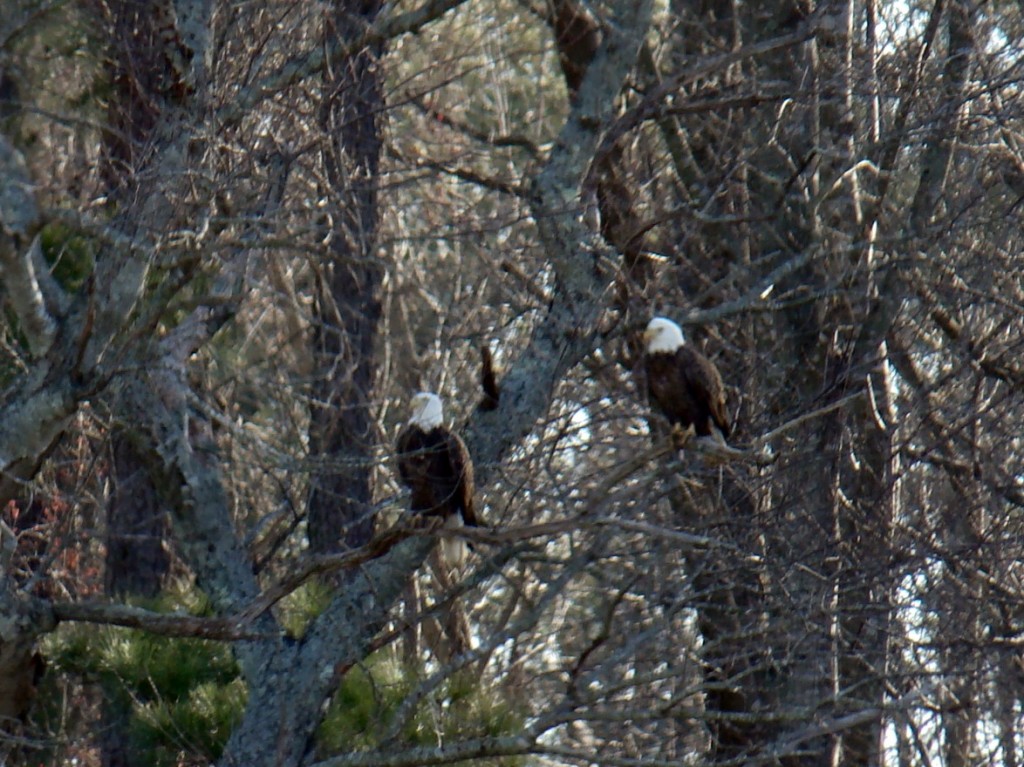 {PS. If you’re squeamish, I just wanted to mention that these birds are eating roadkill. If that might bother you, now might be a good time to stop scrolling.} 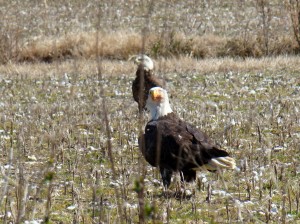 …But up close you can see how speckled and scruffy they look. Especially under their wings.

I just can’t help but stop in my tracks anytime I see that striking white head. It’s just ingrained in me the same way Liberty and Justice are not just concepts but actual daily operating parameters to us. (Just for the record, yes, I did actually name our barn cats Liberty and Justice. I told you, it’s ingrained.) 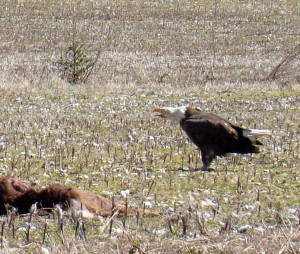 They’re all juveniles. I don’t know age or anything, other than that. There were 2 more circling overhead, too.

I’m not sure if this is a natural reaction on my part because they’re beautiful, or a social construct that’s been embedded in my psyche by my Dad–which is also quite possible because I have no doubt he would have stopped dead to get pictures too! 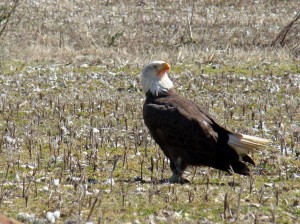 I think this one was screaming to chase the others away, but I’m not an eagle biologist or anything. That’s just a guess.

Either way, it was as awesome as it always is. Remember back in November? As long as their not actually circling over our lambing pasture, anyway. 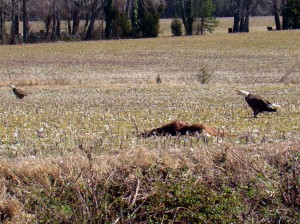 That one in the back was definitely smaller and scruffier and more speckled.

And I don’t know what their official “status” is, but calling them endangered around here is getting to be a bit of a stretch. There were 4 of them at this site yesterday afternoon (and two still there this morning!). They must have several nesting sites that are not on the “official” lists. 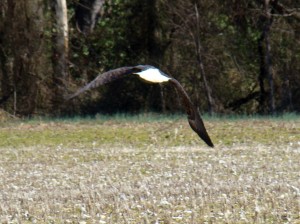 I know this isn’t a “good” pictures, but these are big birds. There’s just something so powerful about the way they fly. You just can’t call it “flapping.”

As long as they leave us be, I don’t mind one bit. And it gives a bit of a thrill to see all the buzzards and crows scatter as one comes winging in!