It’s been a while since I posted anything from my crafting workshop. (It’s been a while since I had time to do anything in my workshop!) But I’ve been having some trouble with the big “A” around here (that would ATTITUDE) and I thought that it was time to break out the lunchbox love notes again. I’m all about consequences, but I think they need to be served with a large helping of love and positive reinforcement as well. 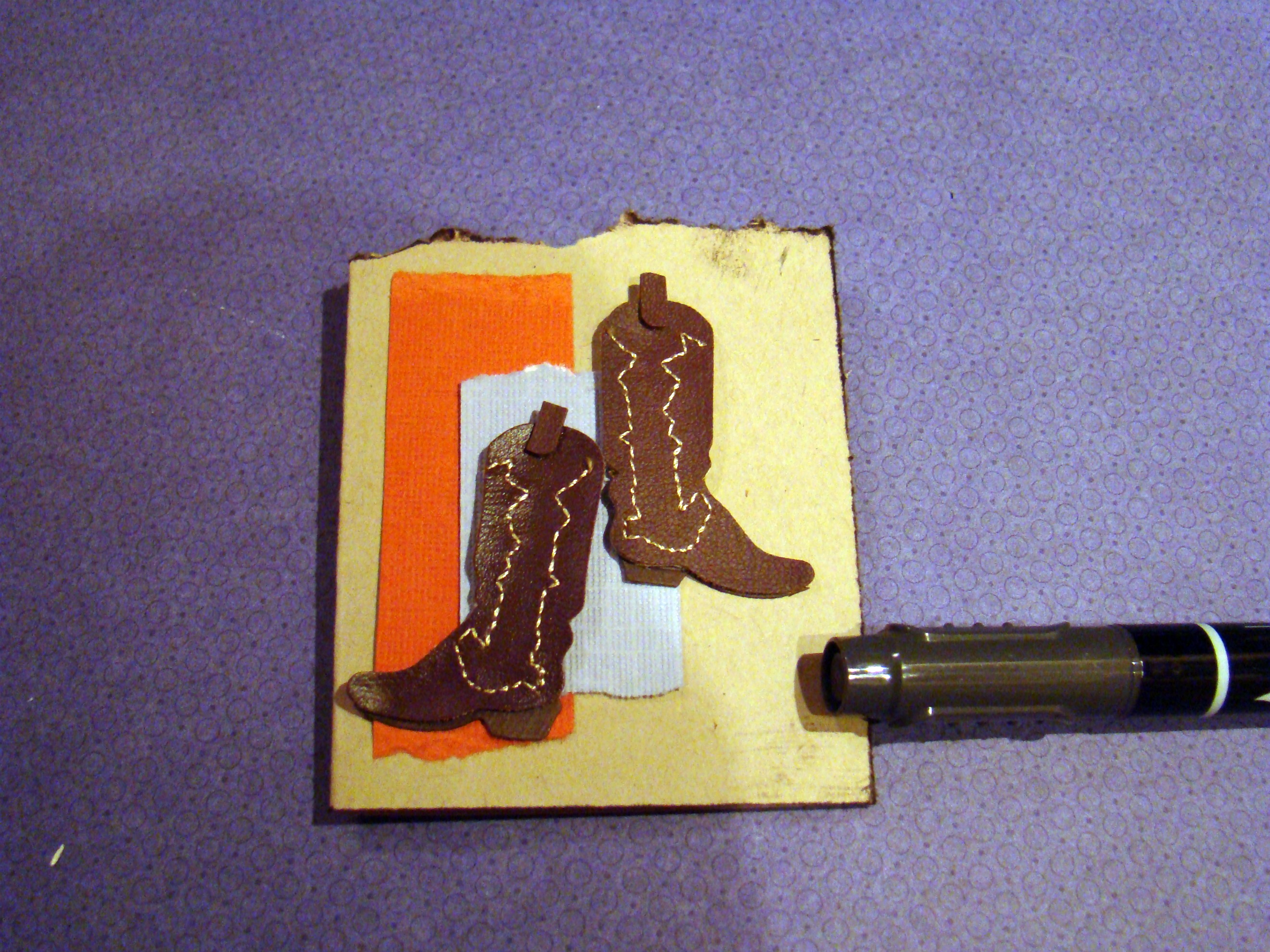 Plus, this is a good reintroduction to my workshop since I’ve been away so long. Sometimes it’s hard to sit down and start working on something big when you haven’t done anything in a while. These little babies are a great way to get my papercrafting mojo back. 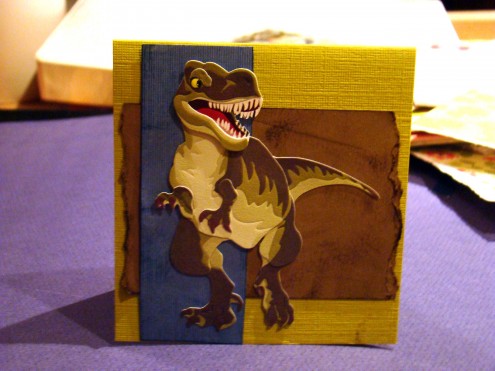 This one is a bit bigger to fit that awesome dino sticker. It's about 3.5'x3.5'. Glue one stirp of brown, glue one strip of blue, add T-Rex sticker. Done. (Speedracer's gonna love it!)

The Ladybug’s really been giving me a run for my money lately. I feel like I’m suddenly parenting a 15 year old! But I’ve also realized that I’m making a lot of changes around the house. We’ve been purging and reorganizing and shuffling chores and changing up routines and all sorts of things that I’ve been putting off way to long–and in the middle of lambing season no less! That’s a lot to take in at 7. Especially when you put her school challenges on top of it.

Last night while the two of us fussed back and forth about “wh” in whale and “wh” in who, I got the distinct feeling that she really needed some extra TLC. 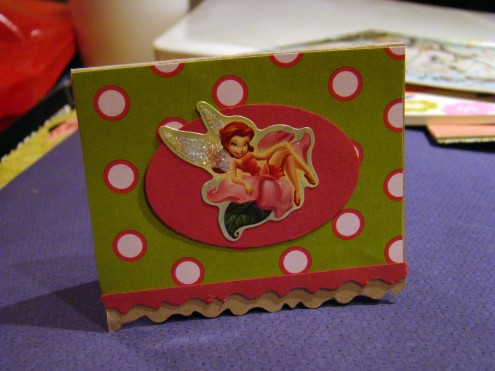 This one is about 2'x3' too, and was a little more work. I cut the edges and that strip of pink with scallop scissors and punched the oval out. Otherwise it's just glue, glue, sticker too.

So that was my mission with these little guys. Sending love. Reaching out to them when I’m not there during the day. Sending prayers and reconnecting with them.

And using up some scraps, of course.