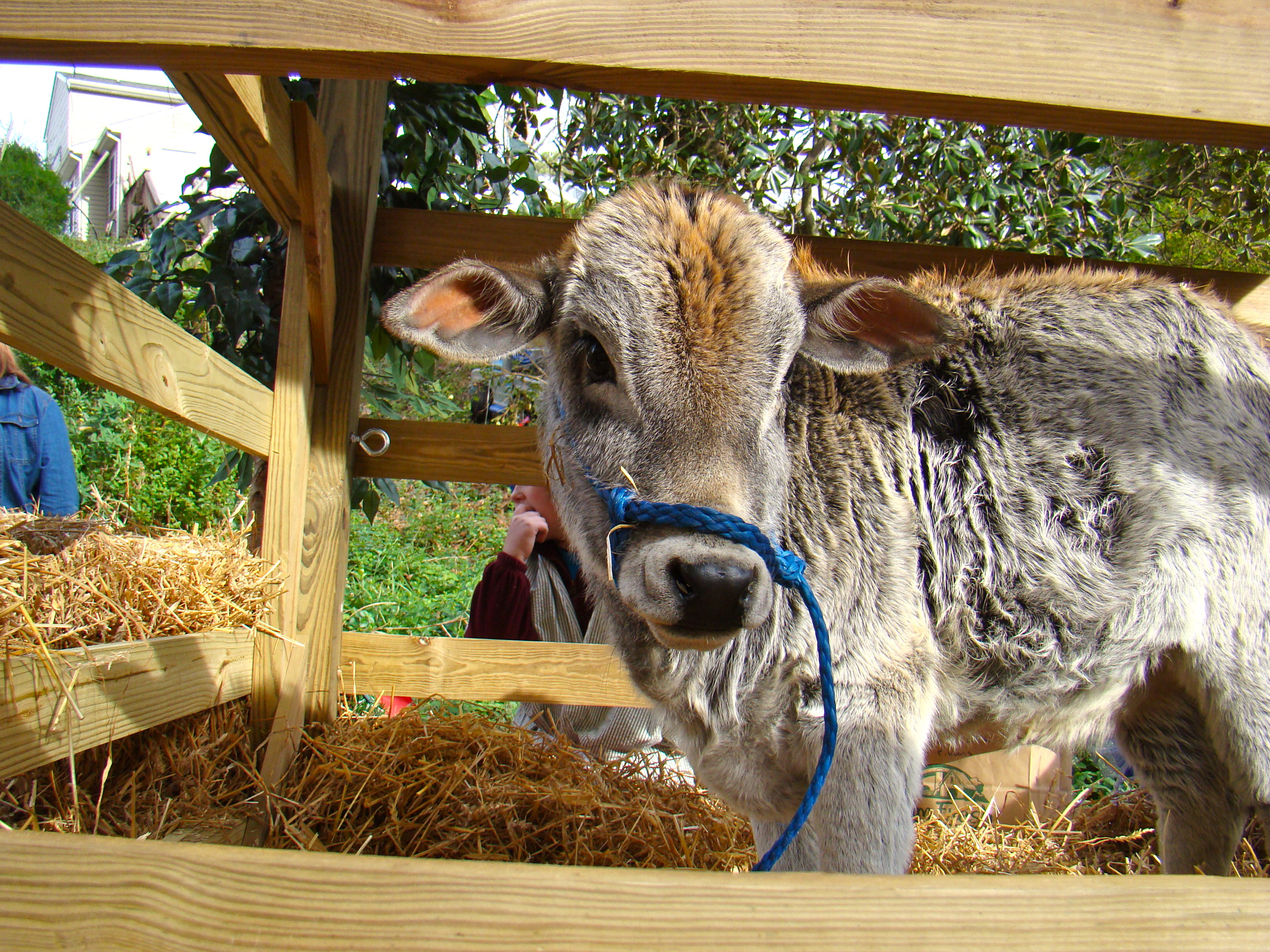 We decided to name her Beth. As in Bethlehem. Seemed to fit at the time.

She’s all grown up now (14 months old) and still tiny!  Technically our zebu do meet the “miniature” standards (Molly and her calves are Jerseys, so they don’t) but Bethie here is more like a “teacup” zebu. 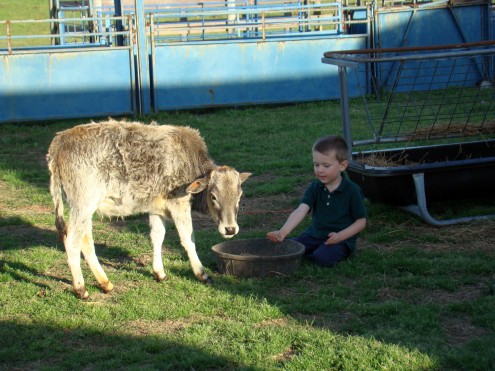 Farming is a never-ending lesson in life and natural consequences.

I still can’t wrap my mind around the fact that she’s full grown–although she’s apparently in heat. Our bulls have been pacing the fence line with their “lover’s lip” held high. We don’t intend to breed her–if she even could at her size. 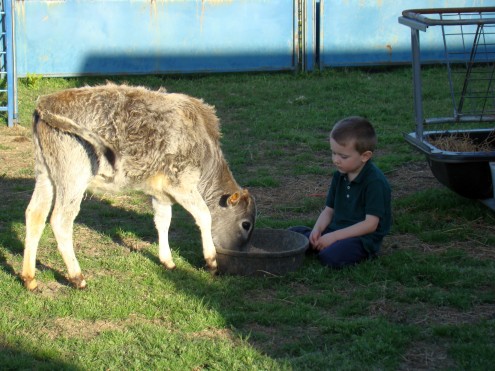 She was very small when she was born, which we figured was partly because she was Annabelle’s first calf. It’s not uncommon for first babies to be smaller than later ones. But even at that, she seemed to hit 8 weeks old and just never grew any more. 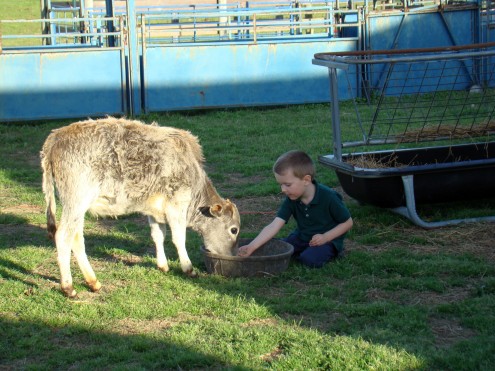 When you're working ith animals, you can see the immediate impact of your actions in their reactions.

Molly’s current calf is about six weeks old, and he’s about the same size, but already heftier than Beth is. 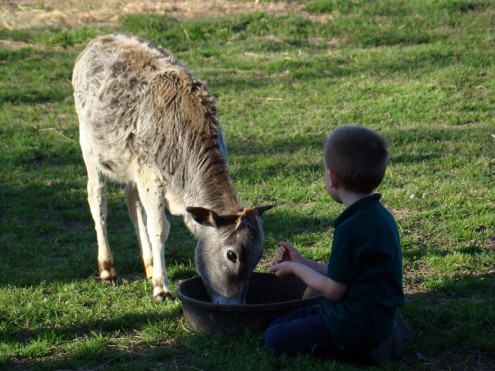 Taming down skittish field animals is an amazing classroom for patience.

She’s very friendly, but not what I would call “tame.” The Cowboy is working on it though.  Mostly we keep her in with the sheep because they are more her size. Most of the adult sheep are actually heavier than she is, but they’re close enough that she can hold her spot at the trough. She doesn’t have a chance to push in there with the big cows. 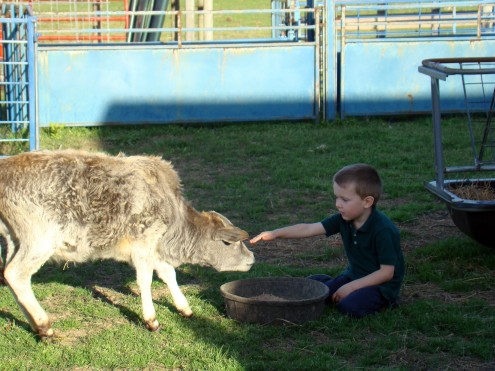 I could tell him 100 times not to reach overhead, but she taught him to know better in one second!

I think it’s going to be a good lesson in being still and being quiet for the Cowboy. That’s not really his forte. Of course, he’s a 5 year old boy, what else can you expect? {grin} But this is right up his alley. And she doesn’t mind if he talks endlessly to her–as long as he talks quietly. 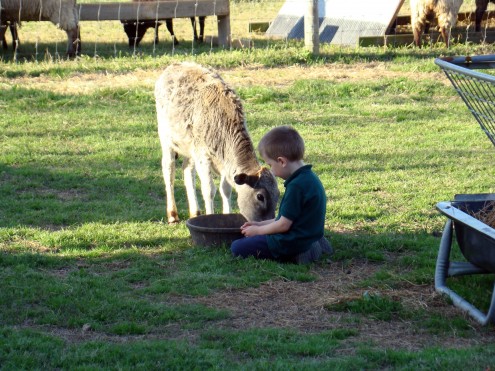 He spent a good 20 minute out there with her while I did the rest of the chores.

Do you have big plans this weekend? I’m just hoping it doesn’t rain–I’ve got weeding to do!