About 4:30am this morning Mr. Fix-It rolled over and put a pillow over his head and mumbled, “How do you define “Shepherd?”

“Having a lamb in your living room in a washtub.” 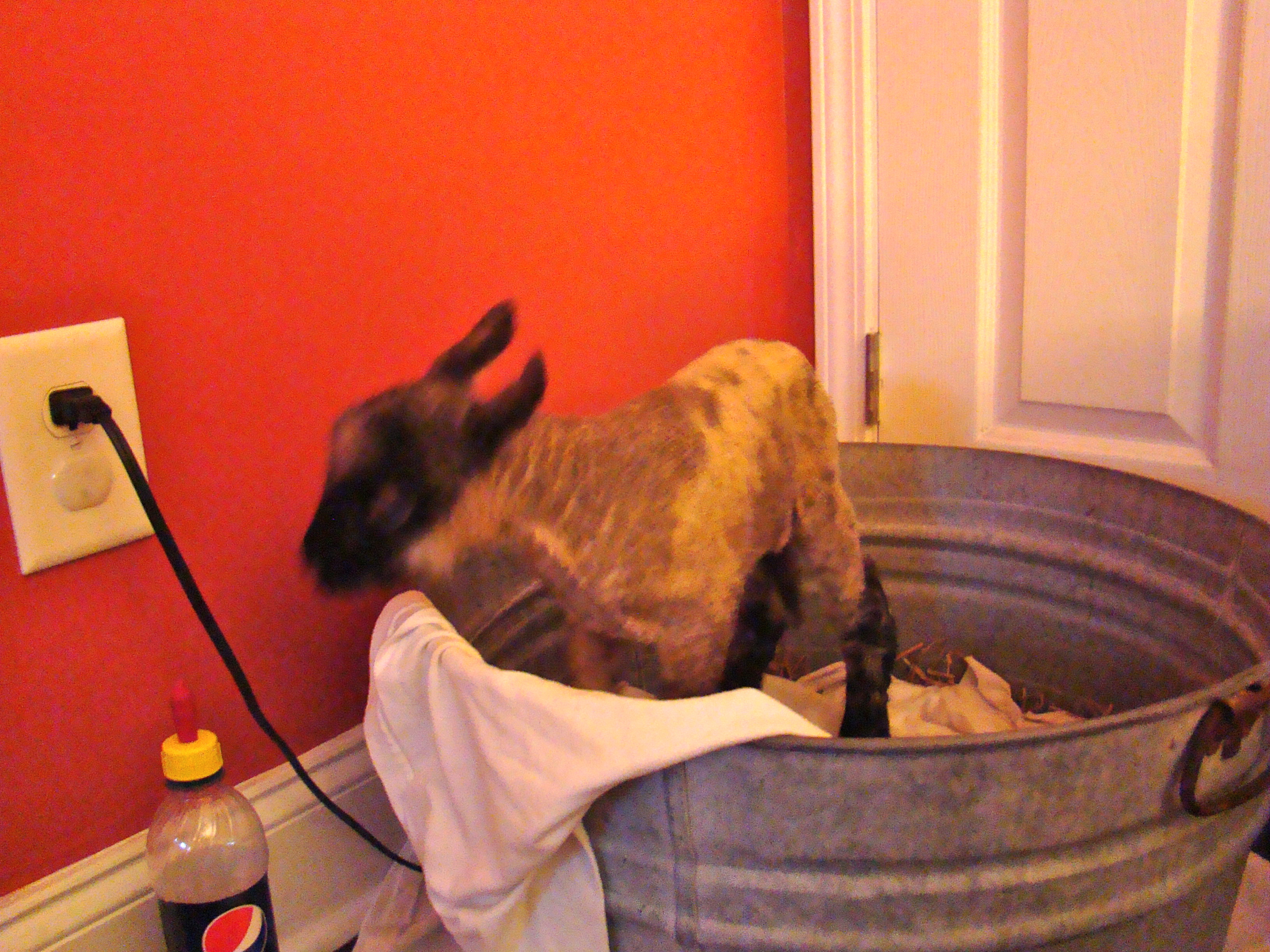 Much like the nursing or formula debate, there’s really no doubt that momma is best for baby lambs. But sometimes things go wrong. This little guy (of course, right? We have 15 rams and 3 ewes so far) was a twin and was apparently either forgotten or presumed dead by his Momma at first.

I thought he was too at first! He was still wet, barely breathing, and laying flat on the ground not even trying to get up when the Ladybug and I found him yesterday after work at about 5:30 pm. His brother was already up, clean and dry, and following his Momma around to nurse.

She is a first time Momma and is very flighty, nervous, and probably just unsure what the heck was going on. We penned her up with her first little one and some grain and fresh water to keep an eye on them and headed off to see what we could do for the other little guy. 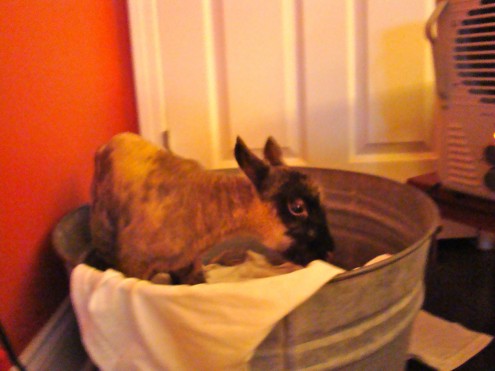 We vigorously rub the life back into him with some towel rags, dried him off and warmed him up. I suctioned all kinds of gunk that shouldn’t have been there out of his nose and mouth with one of those icky nose-sucker-things that all us Momma’s have and love to hate. Then we managed to get a little bit of colostrum/milk into his tummy over the next couple hours.

It wasn’t until about 8:30 pm that he managed finally get up on his own two feet. But when Mr. Fix-It got home from work about 9 pm, he was looking bright-eyed and wobbling around. We fed and cuddled him on and off all night long and when he woke up again to eat this morning we took him back out to his Momma. 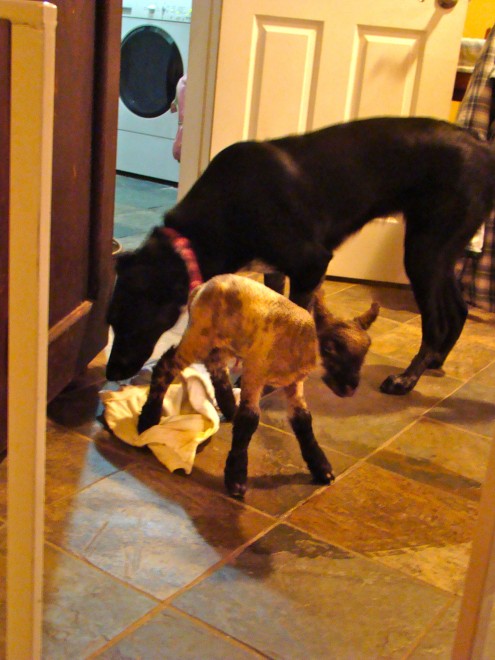 I was very afraid with how flighty she had been the night before that she wouldn’t take him. It’s not uncommon. She didn’t bond with him and now he smelled like me more than her.

But Momma sheep are best for baby sheep. So I took him out there and lo’ and behold she took right to him and started licking him and sniffing him!

He was actually a little more confused since she didn’t smell anything like me and my worn out flannel shirt that always seems to get hauled out in lambing season.

But he was trying to nurse when I left for work this morning, so hopefully all’s well that ends well. Both of them are small and wobbly and we’ll be keeping a close eye on them. But so far so good!