Friday the kiddos finished up their last day at YMCA camp (we lost another towel and water bottle, and Speedracer’s lunchbox–although we found that again by the end of the week) and we packed up to head to Mimi’s house for a week. Well, they’re going for a week–Mr. Fix-It and I headed home on Sunday morning. 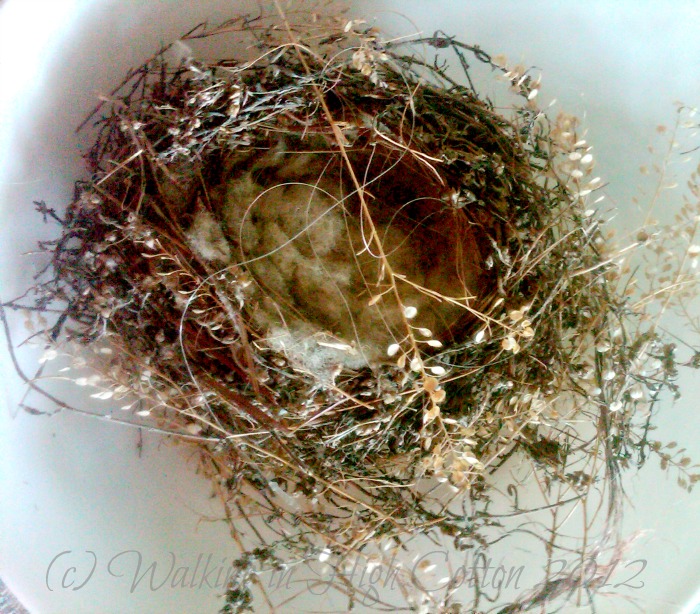 We’ve been doing some nature studies and nature journaling and it’s amazing to see how the kids eyes have really opened up to everything around them lately. Birds, butterflies, leaves, it’s like they’re suddenly seeing everything! It’s wonderful! We even discovered an old bird’s nest–and they had used our wool scraps for the lining! 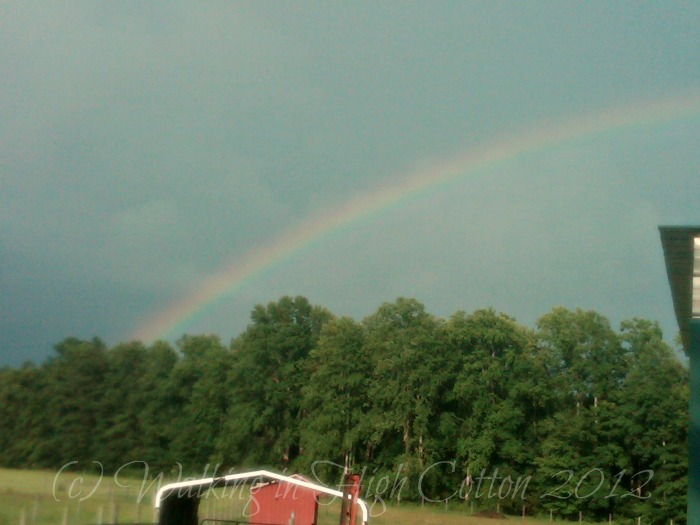 I’ve also really enjoyed using some of the drawing instructions in Keeping a Nature Journal with the Ladybug. I’m not much of an artist, but the simple prompts for birds and flowers have been a great way to build some confidence for both of us.

Thursday our box from Vision Forum arrived–yeah!! Since we don’t have a DVD player in our truck and the kids don’t have video games, Mr. Fix-It and I decided to try audio books or something in the car with the kiddos. My first thought was that we could all listen to some classic books on CD. The Vision Forum carries a lot of options for audio products with strong Christian themes, and we found these Jonathan Park radio dramas and decided to try them.  (Mr. Fix-It thought the sounded more interesting!) 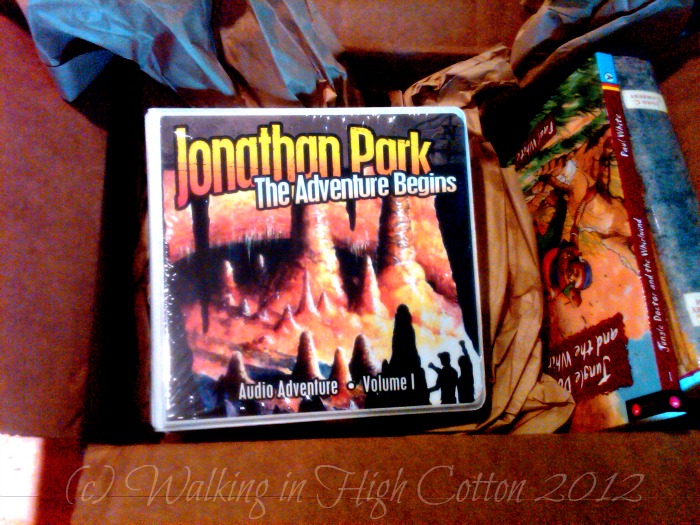 I was impressed. I liked it better than Adventures in Odyssey–which is a solid family product, don’t get me wrong! But the voices in Odyssey tend to sound like adults trying to sound like children to me. Jonathan Park didn’t irritate me–as an adult listening to it for 3.5 hours!–and the stories were scientific and biblical at the same time. Definitely a good choice.

The kids seemed to really enjoy it too. Did it keep them silently enthralled for 3.5 hours? No. But nothing would have. I would say the first 2 hours they were solidly interested and the older two would have been even longer if Speedracer hadn’t started his annoy-everyone-because-I’m-bored routine. 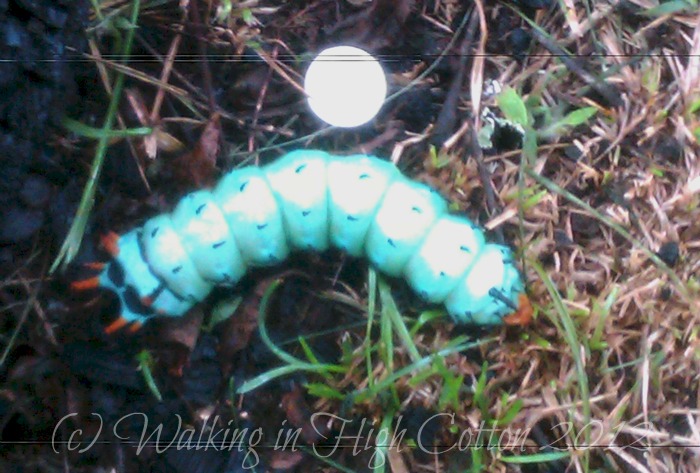 At Mimi’s house, we did get to see mule wagons, but we didn’t go for a ride. It was pouring rain and the kids were both too wound up and too hungry to make it work. But they also found this huge hornworm under a tree, and that seemed o interest them as much as the mules. I think it’s either a tomato or a tobacco horn worm. The picture is not great, but I haven’t found any images on the web that look just like it either–the colors really were that bright! 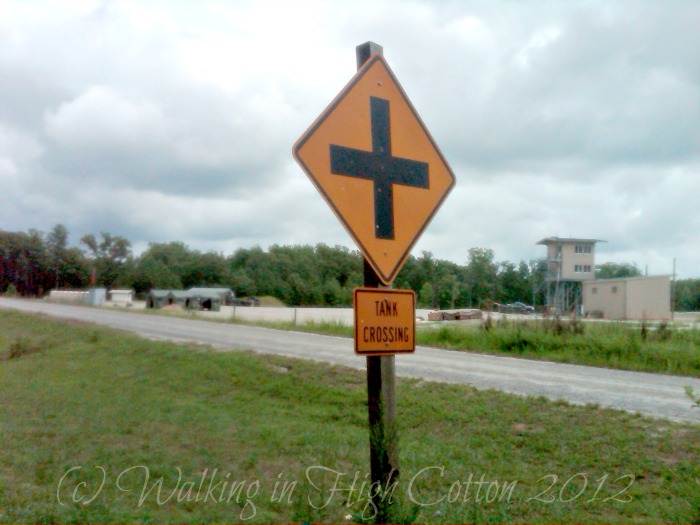 Coming home from Mimi’s, Mr. Fix-It and I took our time driving the “scenic route” and stopping to do some treasure hunting at antique stores and flea markets. We pasted a National Guard base and saw some tanks, personnel carriers, and a big equipment convoy coming in. Boy did I miss having the boys with us at that moment!

Talk about random, we picked up a gun rack, an old framed cowboy print, a sheep and barn ink sketch, and two old school books from the 1890s.  I had my eye on a giant, rusty old ship lantern that had been wired into a light fixture for the boys’ room, but Mr. Fix-It wasn’t seeing my vision on that one.

We have the whole week to ourselves and basically don’t have any plans, since we both have to work. I’m going to clean the house tonight so we can relax about it the rest of the week. And I’ve got some crafting and then some sewing to get started on in the evenings.

And how funny is this–I’ll be coming home alone (Mr. Fix-It doesn’t get home till an hour or later after me) and I’ll be doing all the farm chores by myself all week. I wonder if I can handle it all without my big helpers?!

If you unexpectedly have evenings all to yourself, what is your favorite thing to do with them?