Well, I’ve noticed from time to time that Penny seems to have developed an…odd…relationship with our cows. I never would have imagined that a bull would tolerate a dog chewing on his horns–much less blissfully roll his head from side to side for her to lick his face!

But now I know…it’s because she trains them young! 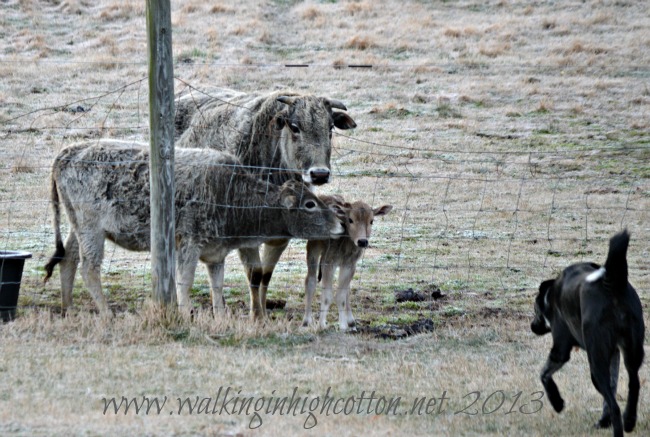 This place is just a cast of characters, I’m telling ya! 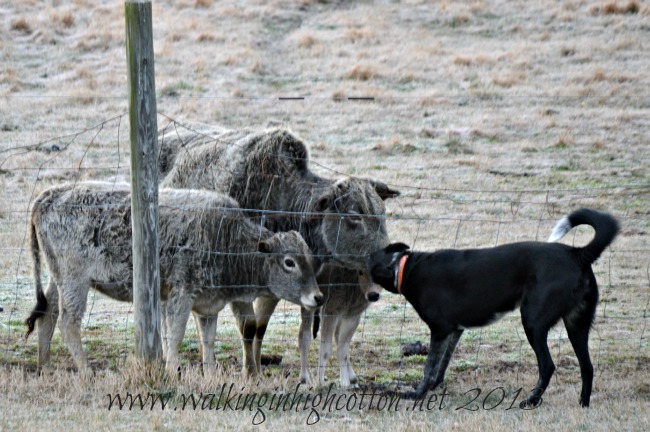 The big gray cow is Annabelle. The little one on the left is Beth,her first calf from 2 years ago. You know, the one that grew up without actually growing?!

And then there’s her new little bull calf from last week on the right. 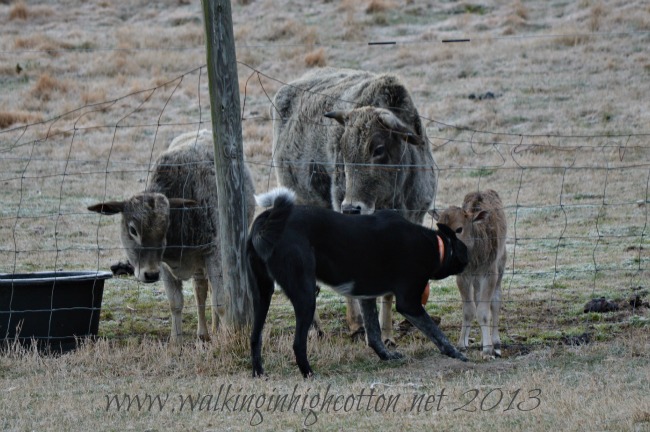 I guess licking on the cows is just her way of coping with farm life. 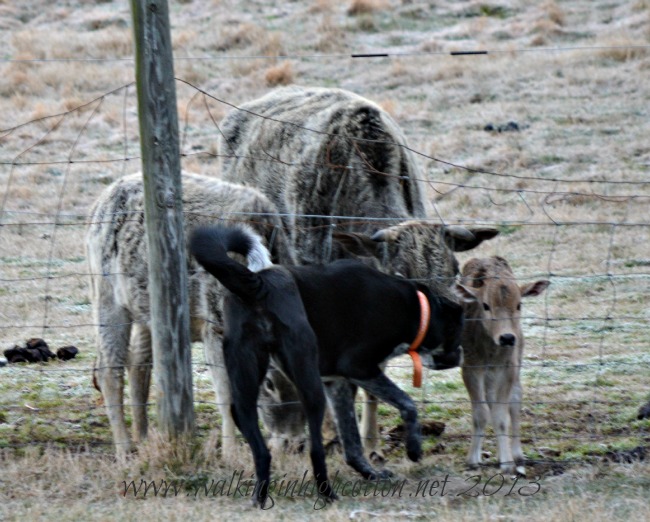 I’m just still trying to figure out what their excuse is!

What quirky but harmless behaviors do you see in your pets?