Ever have one of those moments when something just stops you in your tracks and changes your everyday moments to not-so-everyday moments? Something exciting suddenly swoops in and the joy lasts long past when the moment is gone? 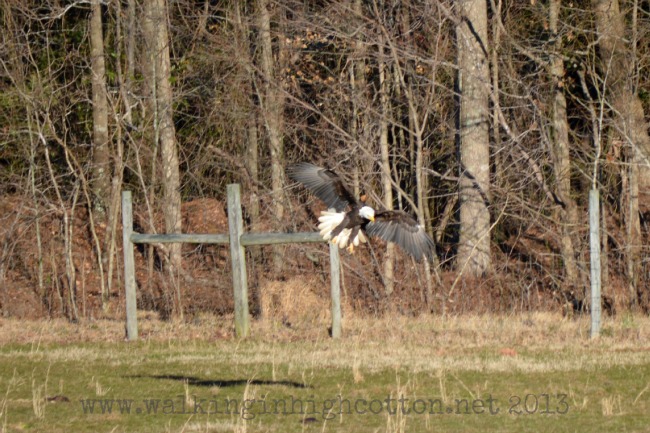 Yeah, bald eagles do that for me. {grin} 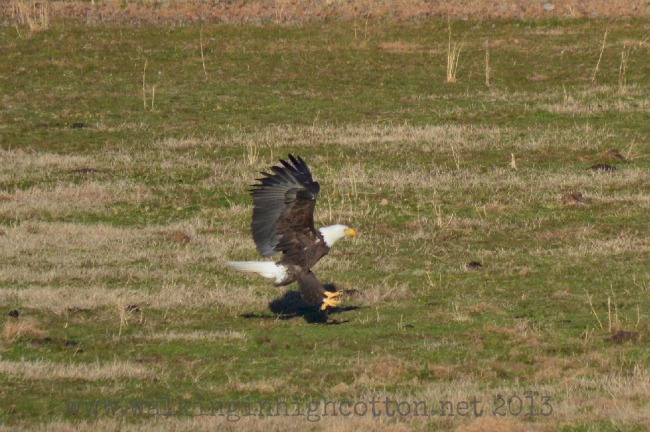 We had one visiting the back field for about 30 minutes or so last week after Annabelle had her new calf. We’ve come to expect a certain conglomeration of turkey buzzards to show up after a birth looking for any buzzard-ly “treats.”

But every once in a while we get an eagle as a guest instead. 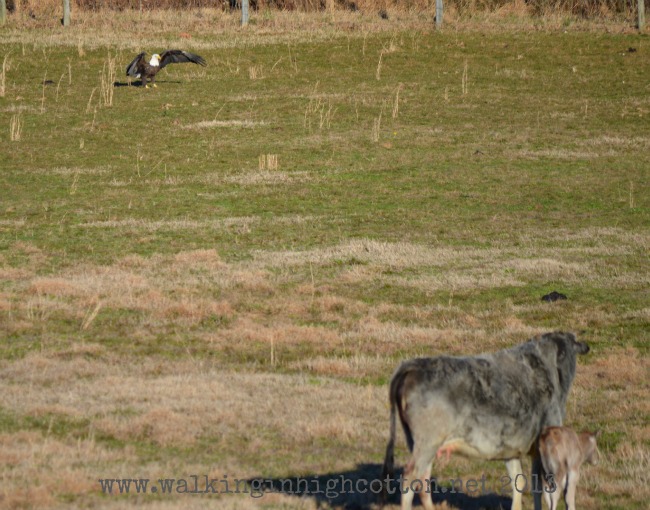 We’ve actually had eagles try to snatch still-wet newborn lambs before, so it’s not always a welcome sight. But if the baby is on its feet and fine, well, then it’s pretty cool. Annabelle actually wasn’t concerned about the visit at all. 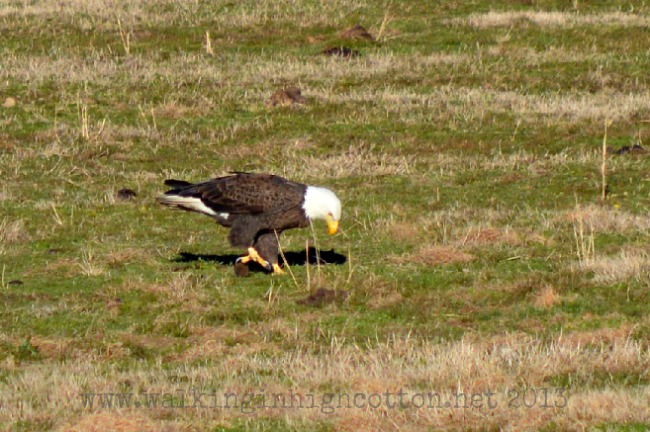 And boy, I love to see those frustrated buzzards just circle, and circle, and eventually go away.

They’ll buzz a juvenile eagle away with their pestering, but not a mature adult. They wouldn’t even swoop down over the field while he/she was here. 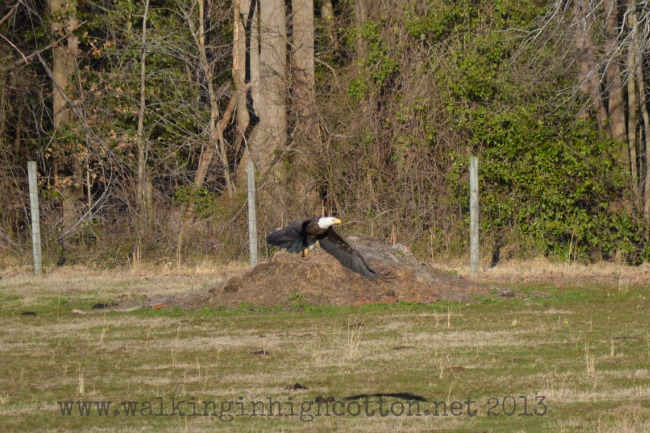 The kiddos actually lost interest long before I did. Mr. Fix-It has to take over making dinner because I was busy snapping pictures.

This was one of those times when I think growing up in the country might be making them a little less sensitive to the natural world–extraordinary nature and wildlife starts to become common place. Growing up in the city, that’s never been the case for me. The most wildlife we ever saw was grey squirrels. The occasional raccoon or red-tailed hawk was a special treat for a nature-buff like me. We had to drive an hour out just to start running into deer-sightings!

One reason I took up an interest in birdwatching and song-birds was because that was the only thing around! {smile} 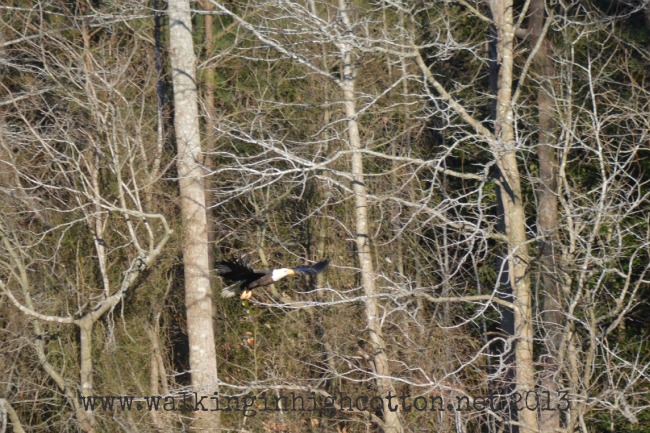 But Mr. Fix-It told me I don’t need to worry about it because it’s still extraordinary to me, and I’m sure to make them understand that as well. (Wasn’t that a nice thing to say?!) And he’s right, of course. It’s something that I nurture in them, but they are just extra blessed to get to see things in real-life, sometimes daily, that I only read about in books. 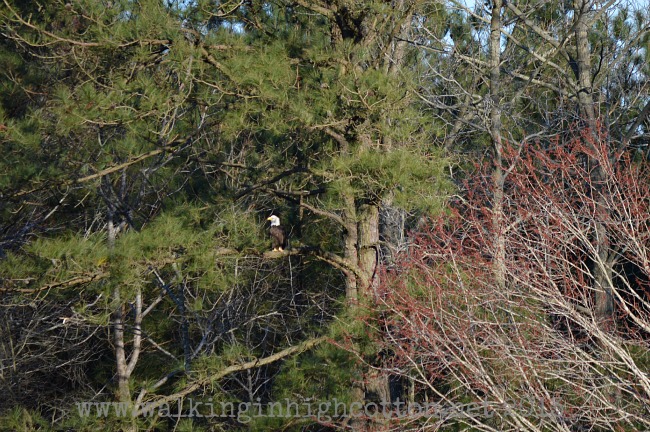 And it’s not about what nature you see–it’s about whether you fully appreciate it when you see it! Even a garden mole is exciting when you see one for the first time.

What exciting natural adventures have you had lately?