Our Ladybug is off at church camp this week–for a whole week! I’m trying to ignore the hole in my heart by being busy with our boys this week. (Plus it’s like 5,000 degrees with 27,000 percent humidity every afternoon, so I’m a limp noodle for the night after evening chores!)

So we moved the duck pen (which suddenly seems to include a lot of chickens!) across the farm–just me and the boys and the lawn mower.  It took about 40 minutes, but we managed to do it without hitting any fence posts, taking out any gate posts, or mowing over any baby fruit trees. Success! 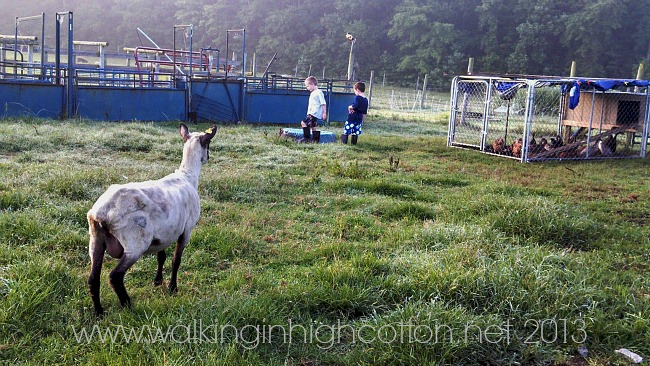 The sheep were terribly curious if this re-location effort would include leaving any duck food behind for them to snack on!

Then we discovered and plugged an escape route from the chicken pen and spent an hour rounding up the escapees.  Less successful. BUT, we were out there so long we discovered a chicken escapee secret! They’re roosting in our walnut tree at night!!  If I hadn’t seen one fly right up there, I wouldn’t have believed my eyes. 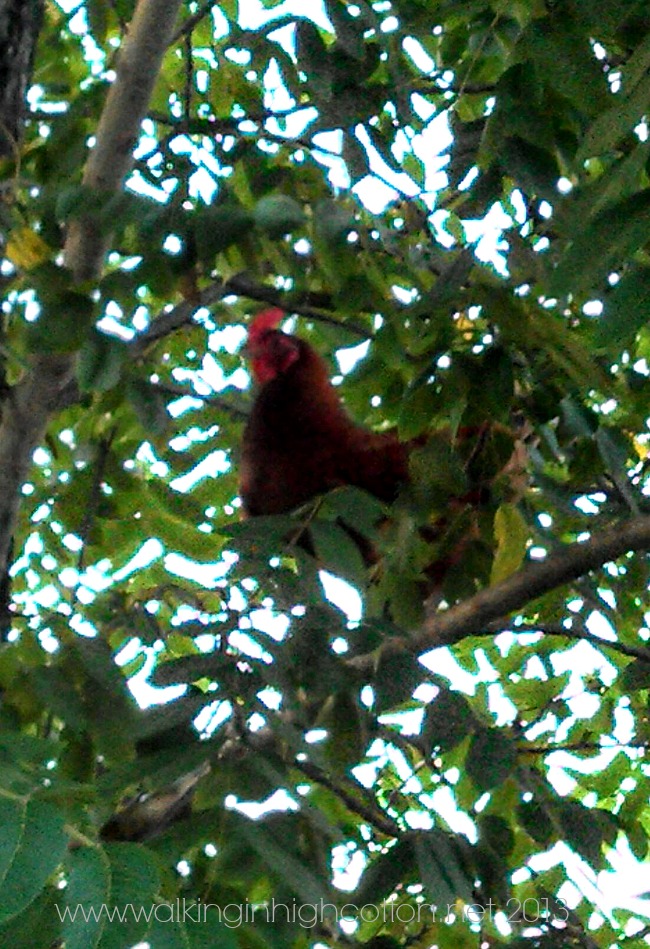 Sneaky lady! I’m on to you now!

The easiest way to catch a chicken is to go out after dark and snag them while they’re roosting. They don’t see well in the dark. But we haven’t been able to find them in any of their usual spots–the truck wheel-wells, behind the feed stack, under the bush-hog–BECAUSE they were up in the tree! Sneaky chickens. Of course, I haven’t figured out how to catch them yet because, well, they’re up in a tree…but anyway…

Then I came across the kiddos school calendar for 2013-2014 and it turns out they start school in 30 days!! Wow, we’ve only got a month left to do our whole summer to-do list–which I hadn’t even started yet since we had “the whole summer” to do it!

So the boys and I were off to Sherwin Williams for some khaki paint because we’re going to repaint and freshen up their bedroom–which is currently a “little boy” light green. 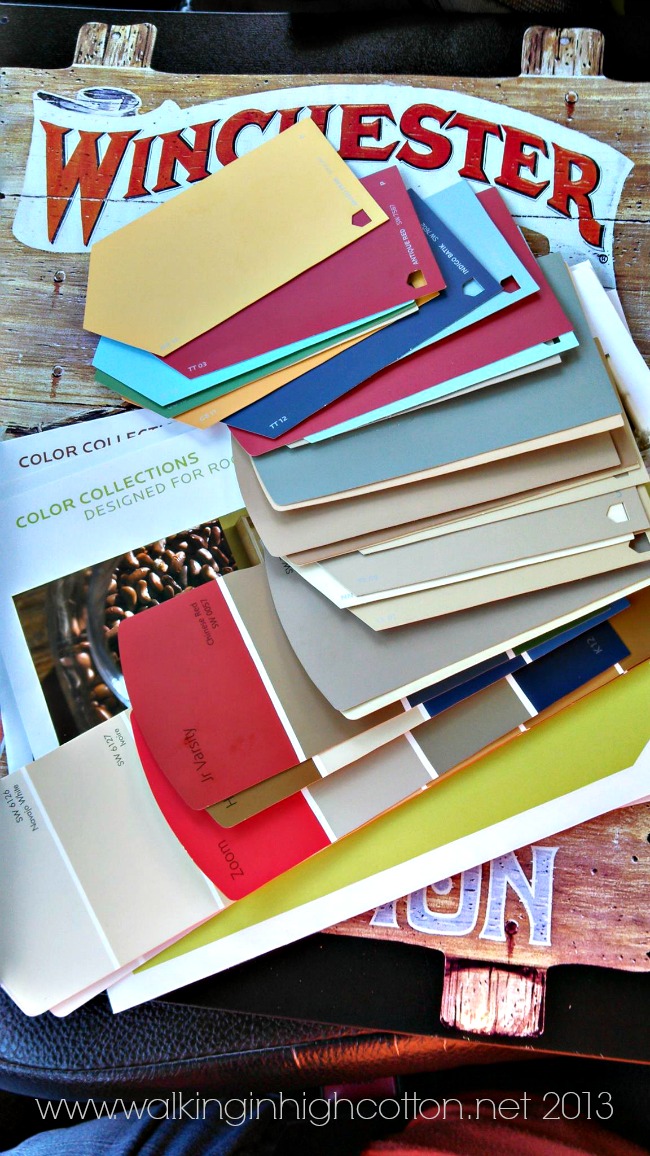 I expected a lot of options–I didn’t expect to be completely overwhelmed by the 27,000 variations of light-brown!

Wow–overwhelming! We took a vintage cowboy sign that we have been saving to put up on their walls as some inspiration and they were completely engaged with me in finding a good color (although Speedracer is sorely mistaken if he thinks we’re going to paint the 6×4 section of  “his” wall next to his bunk bed in neon green!). They told me they wanted red, white, and blue–which actually fit well with my idea of a tan backdrop and then navy, red, and golden yellow for accents with their white trim.

I also discovered this ah-maz-zing tool from Sherwin Williams called “Chip It!” that will take any image on the web and convert it to a Sherwin Williams paint color palette. I went a little color-hunting crazy! My Kids Room board is now full of boy color schemes! {smile}

I was converting everything that hit on the theme or decoration we wanted to use and looking for a shared palette.

So we brought home about 30 “khaki” paint chips, Mr. Fix-It glanced at them for 2 seconds and picked one {smile} and I loaded up my 2/3rds of a crew and we went and bought paint. Expensive, high quality paint that is supposed to be extra durable and extra washable and should hold up till forever and 14 days.

Which is good, since we emptied out their room and started doing a few minor repairs… 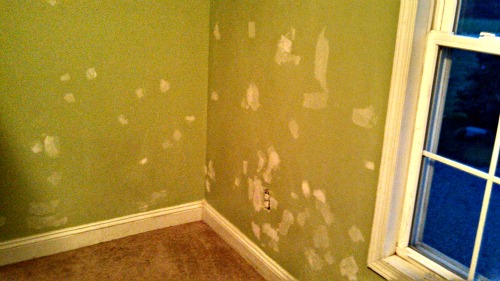 Apparently someone was galloping their horse across the “green prairie.”

And there’s now more spackle on the walls than paint! {smile} But they were super excited to sleep on their bunk beds in the middle of the room last night while the spackle dries before we paint. And they’re even more excited to sleep in Momma and Daddy’s bed tonight since we want to put the first coat on tonight after church.

What are you up to around the house lately?