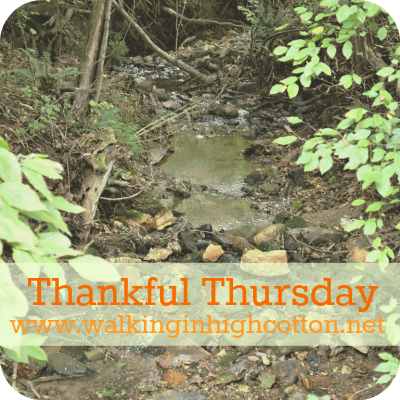 Boy, I’m thankful that lamb harvest for the year is over. We just reduced the amount of mouth to feed over the winter by about 50%! And everyone seemed satisfied with their product and how it went. (Except for the Cowboy who is totally bummed that he missed it all just for school!)

And I’m thankful that the weather seems to have cleared up. It’s still a bit soggy, but nothing to complain about since we had a week of steady rain!

I’m also thankful to Mr. Fix-It for taking a look at my sewing machine. I’ve been having some trouble and was sure that something was broken. He fiddled here and there and twisted this and that (I had to walk away before I reminded him again not to touch the tension knob!) and discovered that my bobbin winder was not fully dis-engaged. One click later I was back in business. Since I needed it pronto for American Heritage Speech costumes, this was a big blessing!

And if I wasn’t looking at a busy enough weekend with lamb harvest, and speeches, Speedracer came home on Friday with a note that Monday was “dress up day.” They were suppose to dress up as a community helper or as what they want to be when they grow up. So I had another costume to pull together! Once again I’m thankful beyond words for my sewing machine–and for my husband who agreed that getting it was valuable even though he’d never seen me sew anything up to that point! 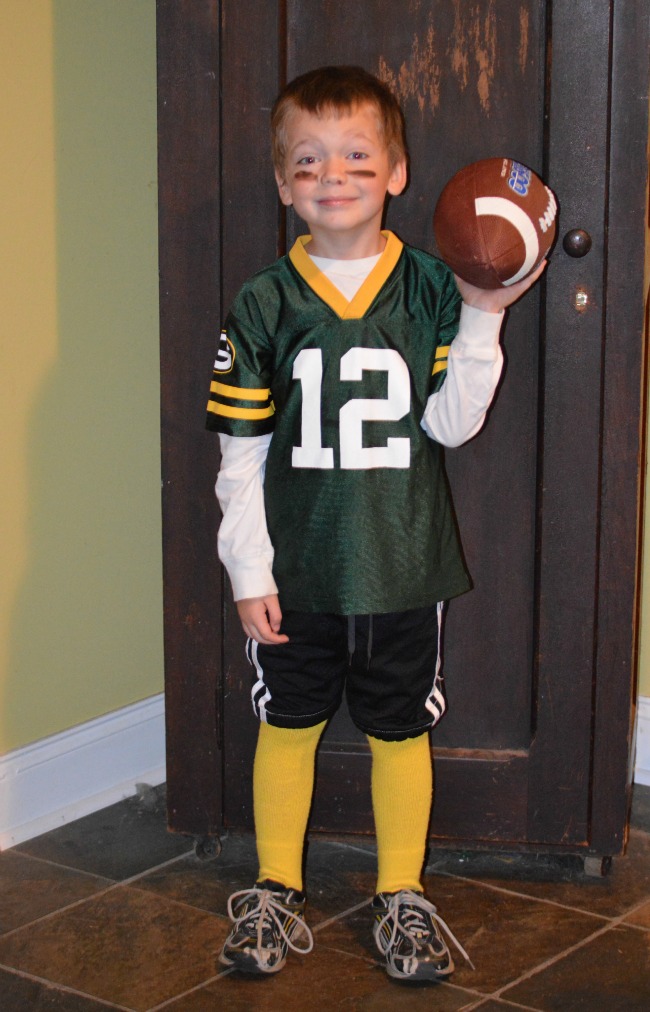 Speedracer knew exactly what he wanted to be. A football player! I used some elastic and an old shoelace to turn some hand-me-down basketball shorts into football pants. Just one more reason to keep everything!

The football costume was a challenge! He really wanted a helmet and we didn’t have anything that would work. I did find a couple great pins on making costumes (check out this one and this one). But I knew a soft fabric helmet was not going to make him happy, so we just faced facts and told him he had to go without one. I’m thankful I didn’t have to make a jersey! I took a pair of hand-me-down basketball shorts and sewed elastic into the bottom, then re-sewed all the seams to tighten them up for pants. Then we used his soccer socks and some mascara under his eyes and called it a day!

The speech costumes were a little more complicated. But the sewing time was also a great time to sit with each child and go over the speech. Again, and again, and again. In the middle of the last week before speeches, it’s hard to imagine, but I’m thankful that they have to do them. It’s a great experience and it’s also a big family project that we all work on together. They do the memorizing, I do the sewing, and Mr. Fix-It does all the costume creation that doesn’t involve sewing. 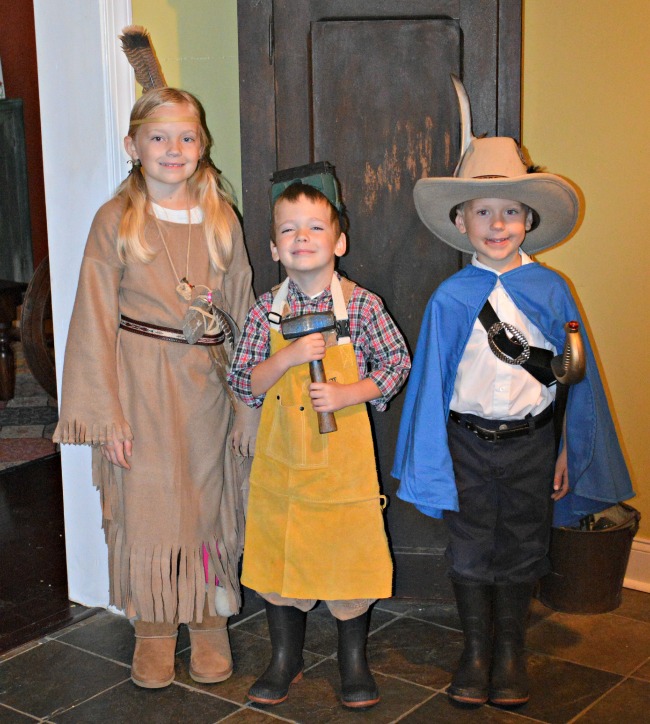 L to R: Pocahontas (aka The Ladybug), John Deere (aka Speedracer), and Captain John Smith (aka The Cowboy).

And we all learn so much while we’re doing it!

Did you know that Pocahontas is estimated to have had between 30 to 50 siblings?!!

Oh, and I’m also thankful that the Ladybug was gifted a pair of Uggs for her birthday. Moccasins were probably a bit beyond me this year! 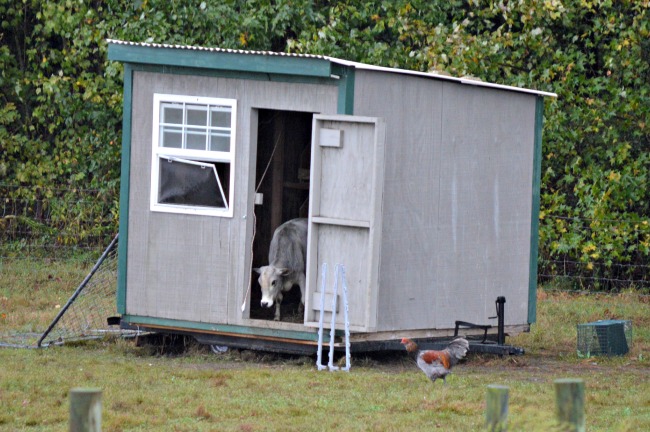 One of the challenges of having small cows! Annabeth (also known as Bethlehem and Bethie) was making free with the chicken food on Sunday when we opened everything up to dry out!

I’m thankful that our chickens and ducks keep laying! We sold 5 dozen eggs at lamb harvest this year! And I have a friend that makes a mean pound cake with our duck eggs (I’m trying to coerce her into a guest post about it!).

I’m thankful that our new fall grass is coming up strong! All this rain seems to be just what it needed.

I’m thankful that we decided to keep a ewe lamb this year to add to our breeding flock. I mentioned before that she’s beautiful–let’s also pray that she’s fruitful! {smile}

I’m thankful that we didn’t lose any chickens even though they decided to pop their window screen out and escape the other day! (The weather has been a frustration for everyone around here!)

And I’m thankful that my grandparents are coming for a visit soon–even if it does mean that I have to tackle my sock basket and my Tupperware cabinet before Grandma sees!

What are you thankful for today?