I was off of work Friday and Monday for the Virginia-only holiday combo of Lee-Jackson and MLK Day. Friday the munchkins were in school, so I had most of the day to myself to prep for company over the weekend. Then on Monday, the crew was home with me and we had the house mostly clean for a change and got to spend the day doing crafts, relaxing, and playing together. 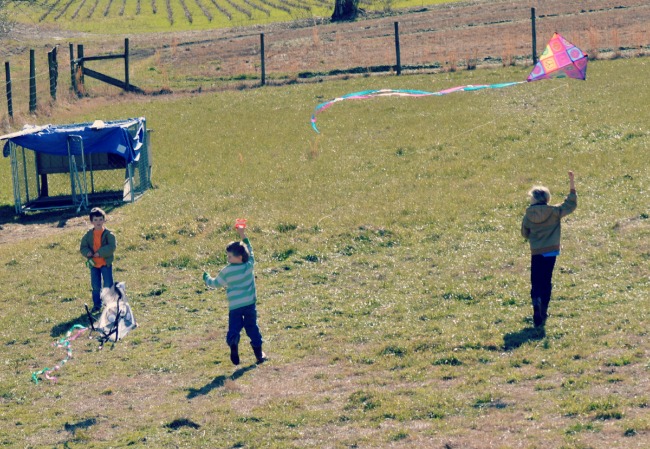 We flew kites with our weekend company and the kiddos are still hooked. The weather on Monday was perfect!

The kiddos are really into flying kites right now. They have several (like these) that the got from Mimi and spent some time with them while we had company on Saturday and Sunday. I’ve never been much into kites, but it was actually easier than I expected–don’t know why I thought it would be hard?! 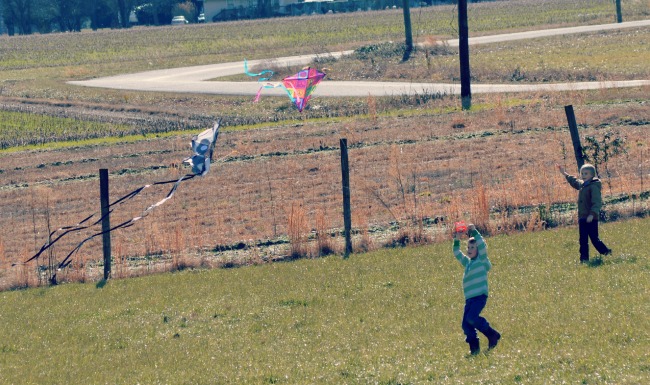 The Ladybug got her’s up first. The boys needed a little help to get the hang of it.

I’ve been having some sinus/allergy issues with the constant weather changes lately and the crew seems to be having some of the same, but it’s hard to tell. All I get is “Momma, my head hurts.” While I think we would have all been fine with spending the day curled up on the couch (well, except maybe the Cowboy, who goes stir-crazy!) I forced us all out into the sunshine for a while. 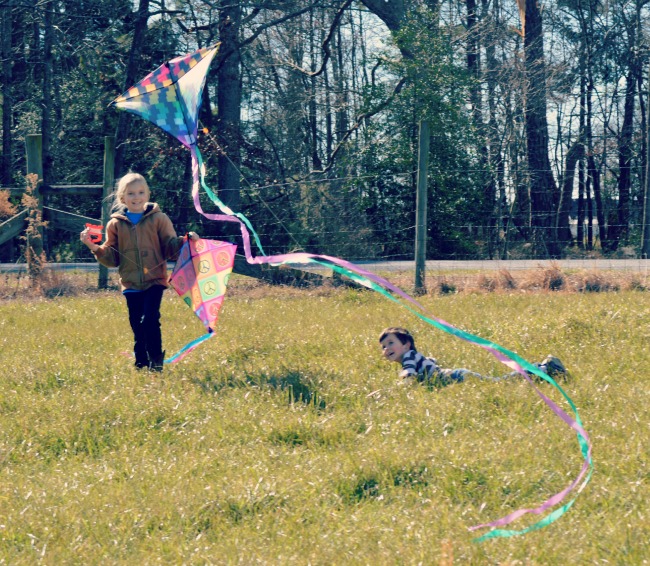 Speedracer had a bit of a hard time getting the hang of it. But he didn’t give up! 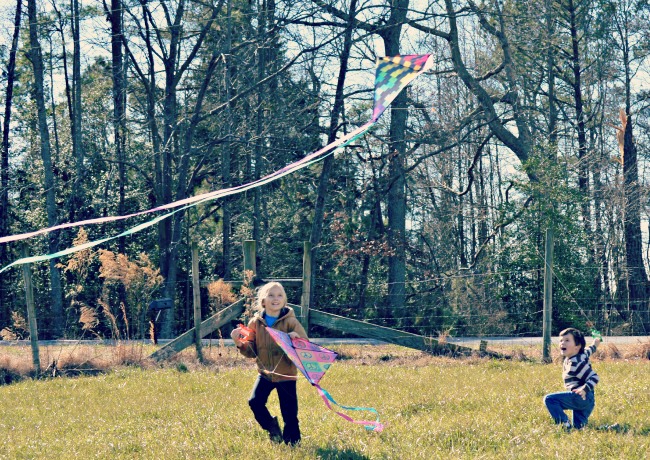 THAT is the face of victory!

I’m glad I did! It was still a little soggy, but it was warm enough to be comfortable (eventually everyone shed their coats) and the fresh air was good for all of us! Speedracer even wanted to each lunch outside! 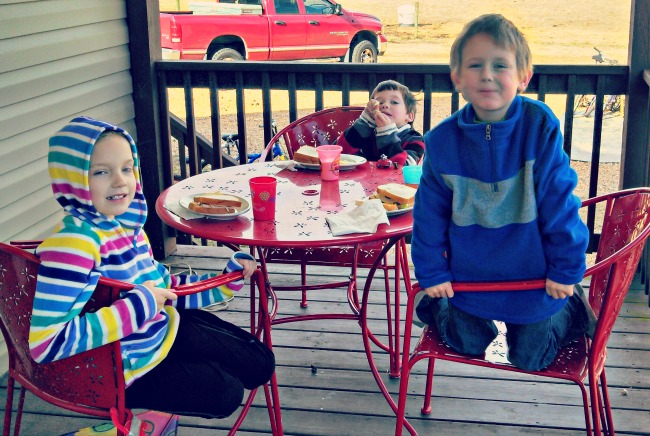 Speedracer made a special request to have lunch out on the back porch.

Our ewes that went down with pregnancy toxemia are recovering nicely (what a blessing!) but Tag, our ram from the zoo, has gone down hill. Saturday morning we brought him over to our “sick pen” behind the garage and I started pumping him up with vitamins and calcium and some antibiotics. He has all the symptoms of pneumonia, but we can’t determine whether that’s the primary or a secondary issue for him. Right now he’s responding to treatment, but we’ll be out there later this evening (in the snow!!) giving him another shot of antibiotics.

We do just about any kind of standard health care for the animals ourselves, but oh I detest giving shots. Ugh! I can do it, but boy do I hate it! 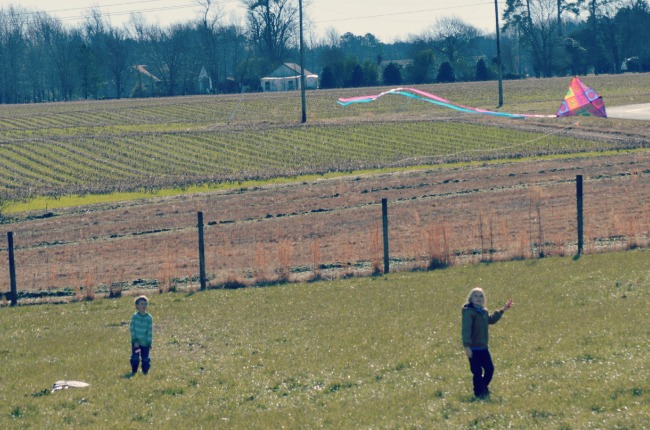 It was a good balance between challenging, frustration, and victory if you didn’t quit!

Then we have our other ram, Tiberius. He’s got a foot problem and we’ve tried several treatments already that haven’t worked. Now we have a “fancy” medi-boot contraption that we have to get cinched on and…we can’t catch him! Oh, he tries my patience! (And if I’m out of patience, you know Mr. Fix-It is flat done with him!)

Normally this time of year we would just feed everyone at the trough and if we need to check someone grab them quickly when they came up at feed time and do what we had to do. Not Tiberius. He’s so skittish that you can’t get near him and if you make a move toward him–if you breathe too hard in his direction!–he’ll slam into anyone (2 or 4-footed) and anything (including vehicles, walls, gates, trees, etc.) to get away. When motivated he can leap feed troughs, water troughs, tractor implements, and any other sheep around from a stand-still.

And all this with one lame foot!

We’ve staked out the feed trough every feeding for the last two days and had no luck putting so much as a finger-tip on him. So now we have to move the whole flock over to the sorting chutes and back just to isolate him for treatment. {sigh} It’s not impossible–it’s just a pain in the neck. 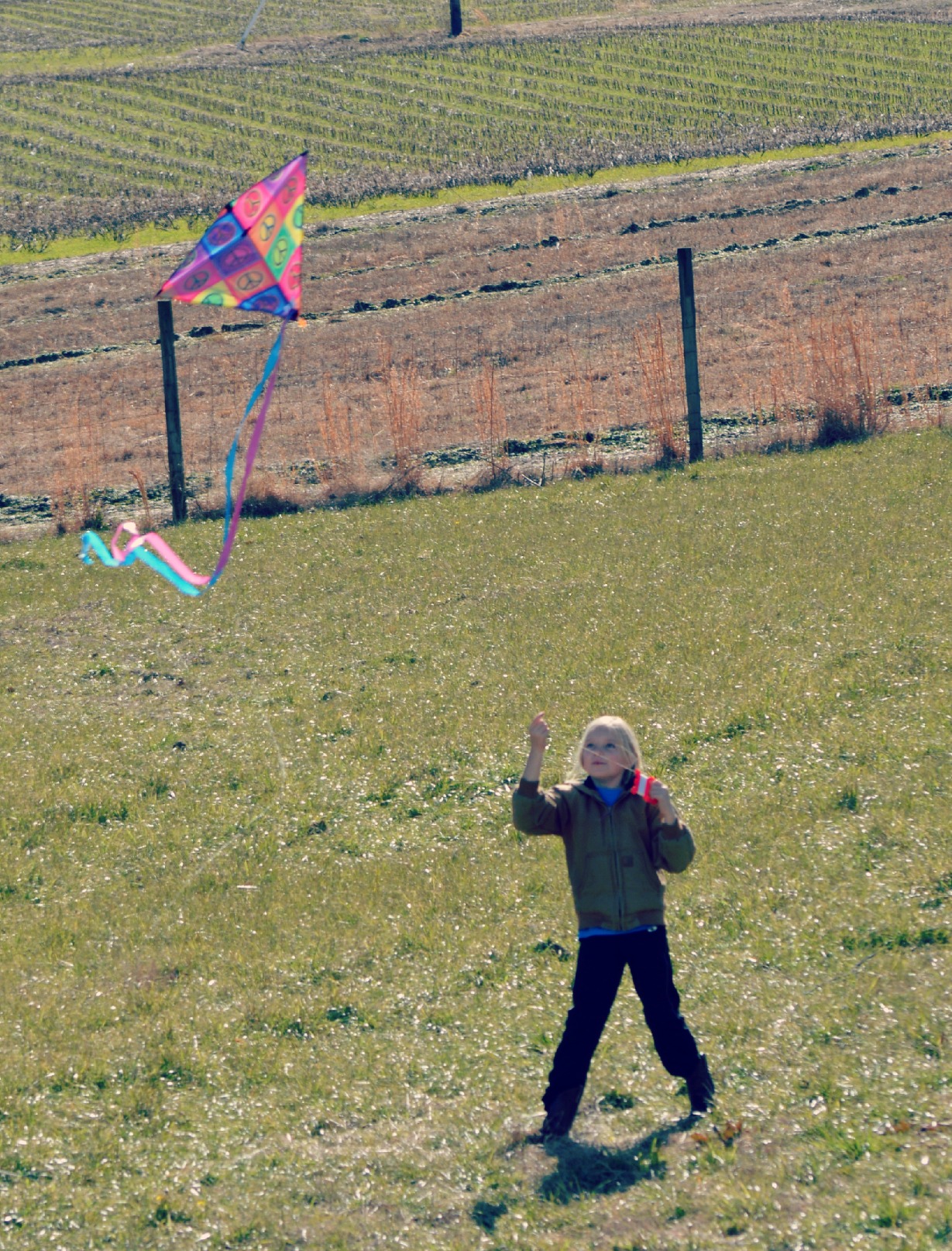 At one point the Ladybug got her’s so high all her string was played out!

And to top off the recent frustrations, we lost our ducks!

This makes me just sick-to-my-stomach mad and sad at the same time. I loved our runner hens and had just started naming them a few weeks ago. They had been doing such a good job putting themselves to bed at night and we would close them up tight each evening when we got home.

Gladys disappeared about 10 days ago. She didn’t come home at dark. We held out hope for a few days that maybe she had a nest hidden away somewhere but we never saw her at feeding time or anything. Then we started putting Lilly and Tilly in the chicken house at night because it was a little more secure and easier than managing a whole separate pen just for two ducks.   They were nesting and still laying eggs in the back corner of the chicken house and it was working fine. 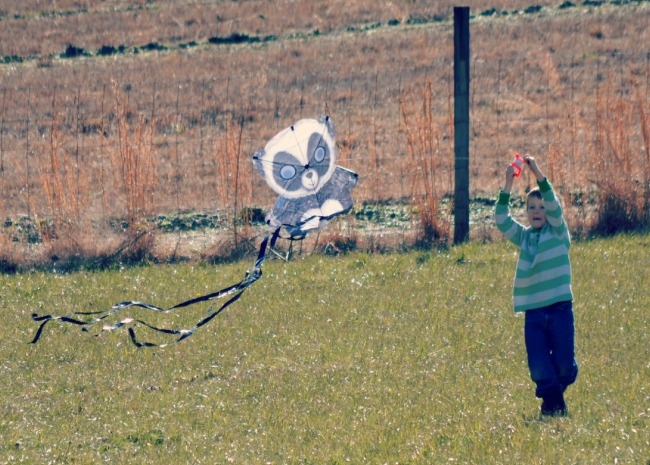 The Cowboy is not very patient. He had good moments and bad moments with it.

On Wednesday we got home late from church and they put themselves to bed in the duck house–at least we think they did. It was dark when the kiddos went out to close up the houses, so no one actually put eyes on them. Thursday the crew opened the duck pen to let them free-range for the day and assumed they were in their house when they didn’t see them–that’s common early in the semi-dark mornings. 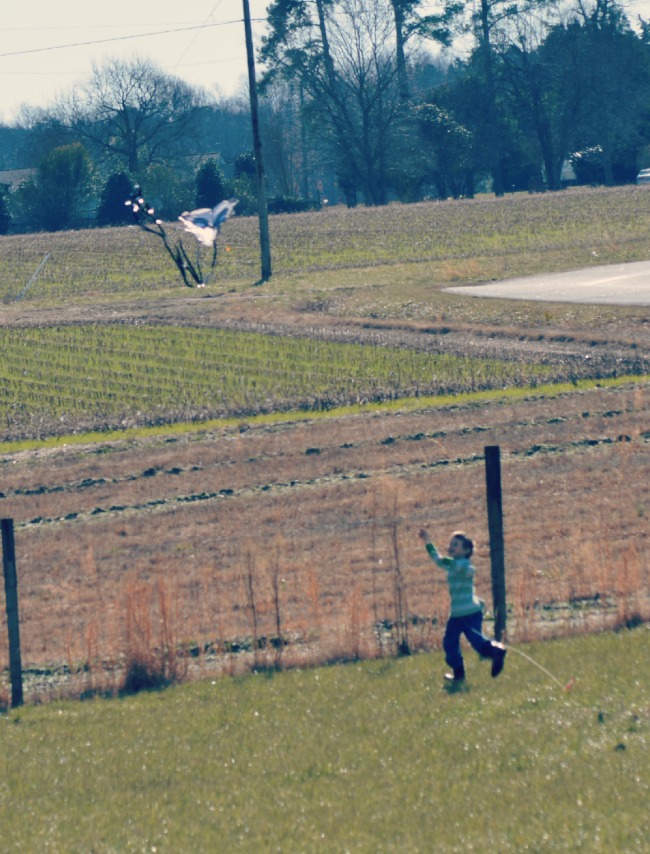 I thought it was cool that everyone that drove by while they were out there honked and waved at them playing. {smile}

We haven’t seen them since.

And unlike when we’ve lost chickens, there were no piles of feathers and fluff everywhere and no body and no mess. We tracked about 5 feathers to spot in the yard fence and dug through some dry grass to see more feathers were a body had clearly been dragged through, but no tracks and no blood and no significant evidence. I’m pretty sure that fox is back and I’m pretty sure he is not going to be happy next time we cross paths! I am so mad about this! 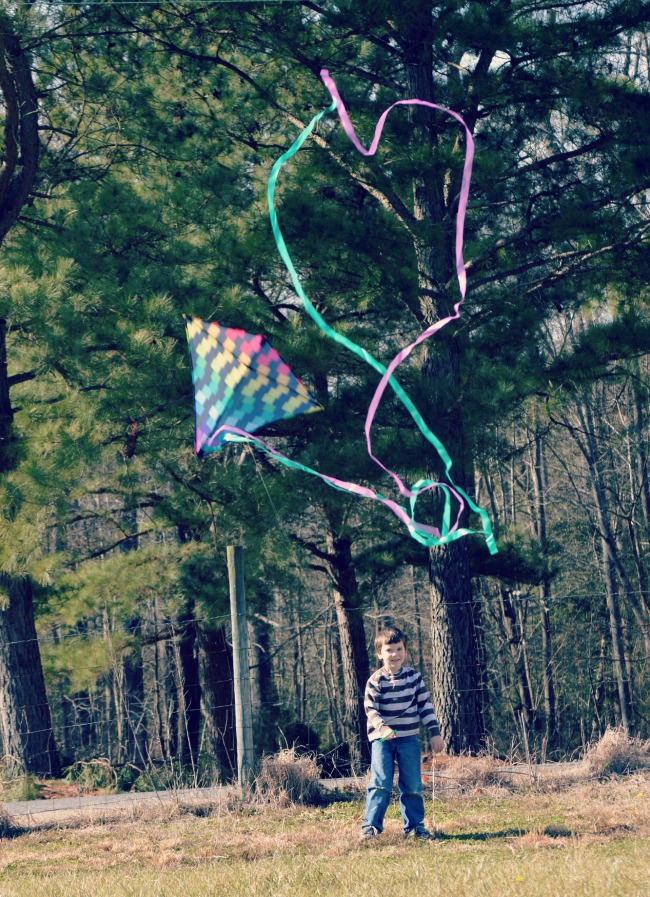 It was a good day at home.

We always close up the chicken house in the evening, but now I’ve also been making Penny sleep in the yard with the chicken field open (since the chickens are all inside) on patrol until we turn up some solution. She’s not crazy about the situation either–it’s been getting cold at night again!

What’s up around your home place lately?

Are you making any plans for Valentine’s Day? I’ve pinned a lot of great inspiration on my Be Mine! board and I’ve got a few things in the works (isn’t this Happy Mail idea adorable?!)  I still love our Happy Valentine’s Day to Ewe cards from last year too! Not quite set on what we’ll do this year, yet. You know I love to wait till the last minute! {smile}