This past weekend we packed up the kiddos…and a change of clothes…and my Father-in-Law…and headed down to North Carolina to watch our Hokies play my Sister-in-Law’s Pirates. Mr. Fix-It and I are both Tech Alumni (his Dad too!), but life hasn’t involved much time or energy for college football in the early years of the farm and family. But my SIL is a dedicated fan for her team and has been trying to get us to one of the games, since we play each other now, for the last couple years. So we went. 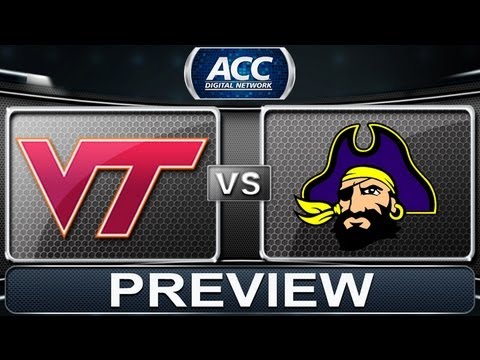 Plus she’s like a super-awesome-professional-tailgater-extraordinaire, so we didn’t have to do anything but get everyone in the car.

Which, just for the record, is a bigger job than it sounds… 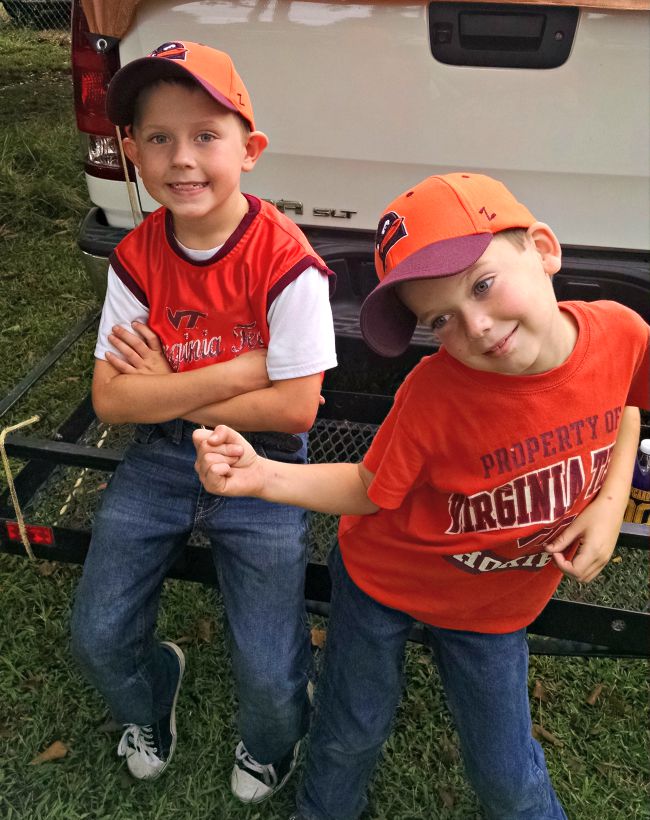 When this is what you’re working with… 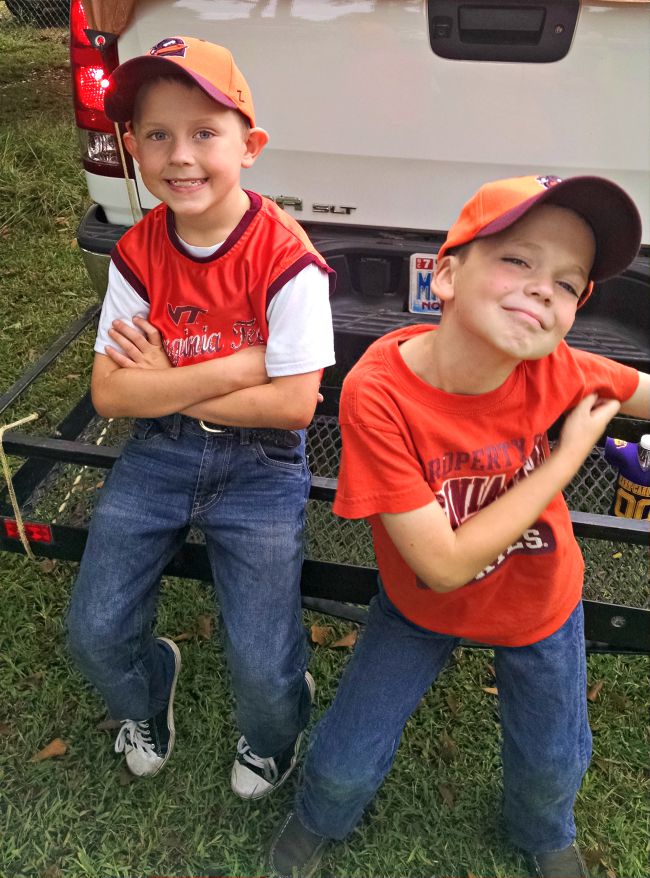 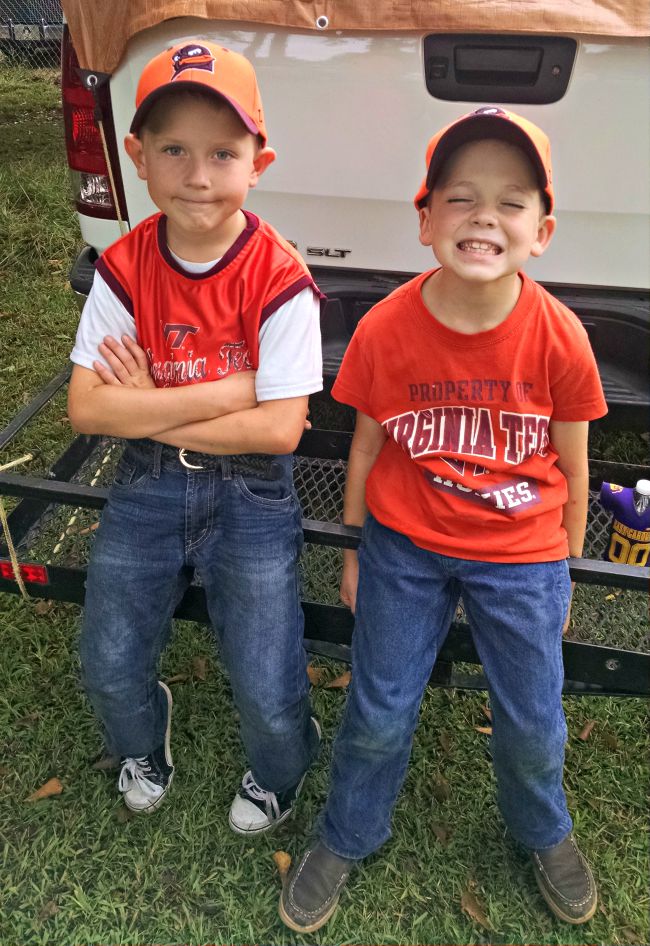 But we got there.

And we ate. And we played catch. 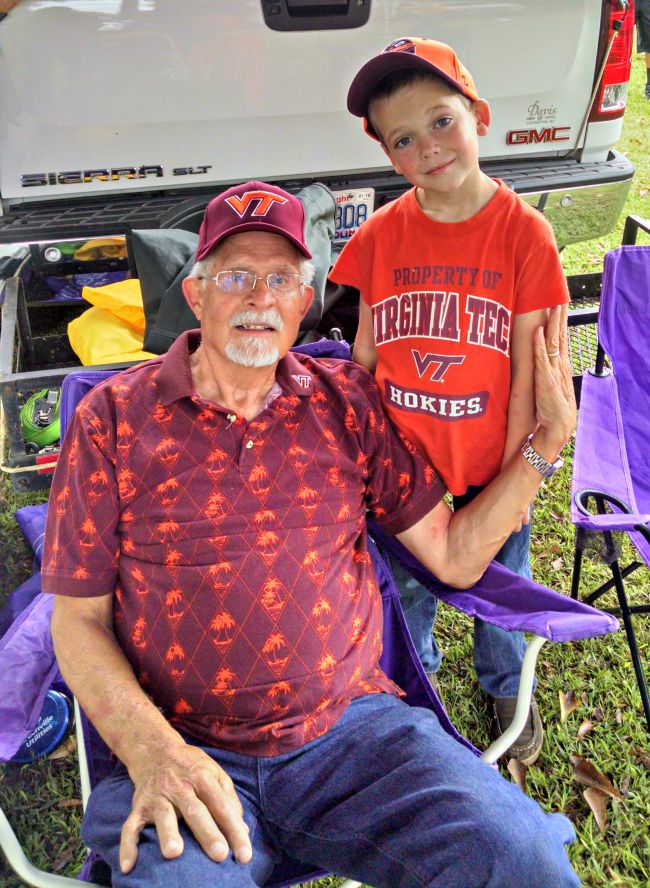 And we watched the buses go by, and the band, and the cheerleaders. 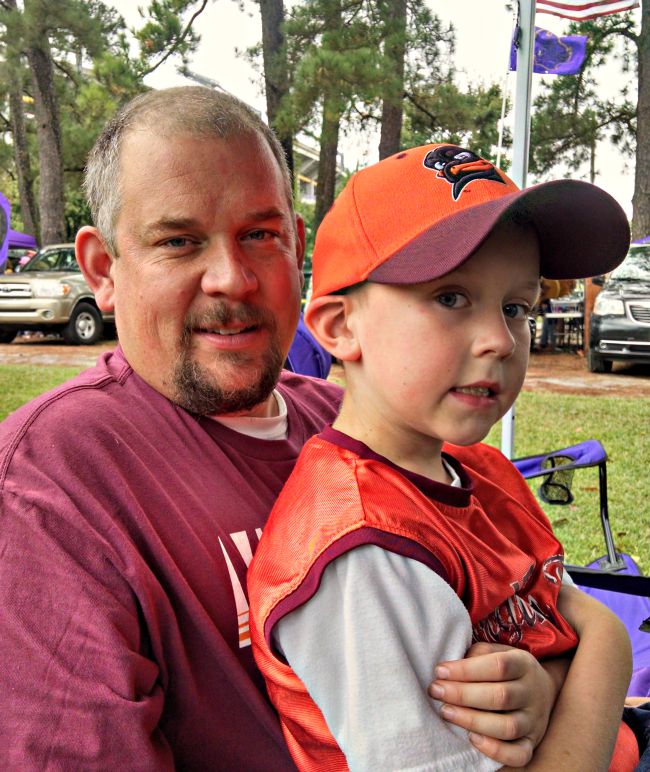 And the occasional Hokie fan (but not many). {smile} 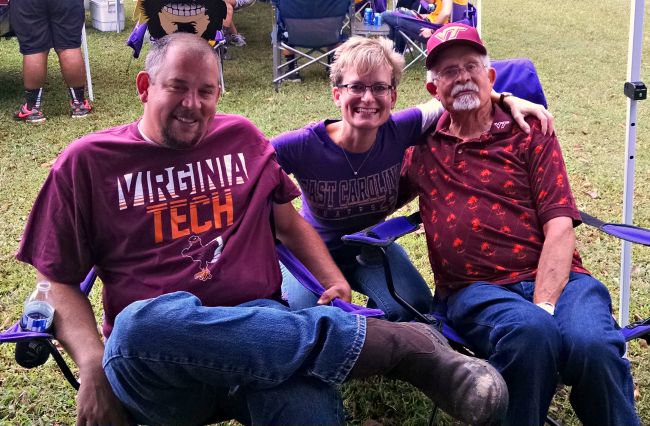 Then it started raining. And rained the rest of the evening. 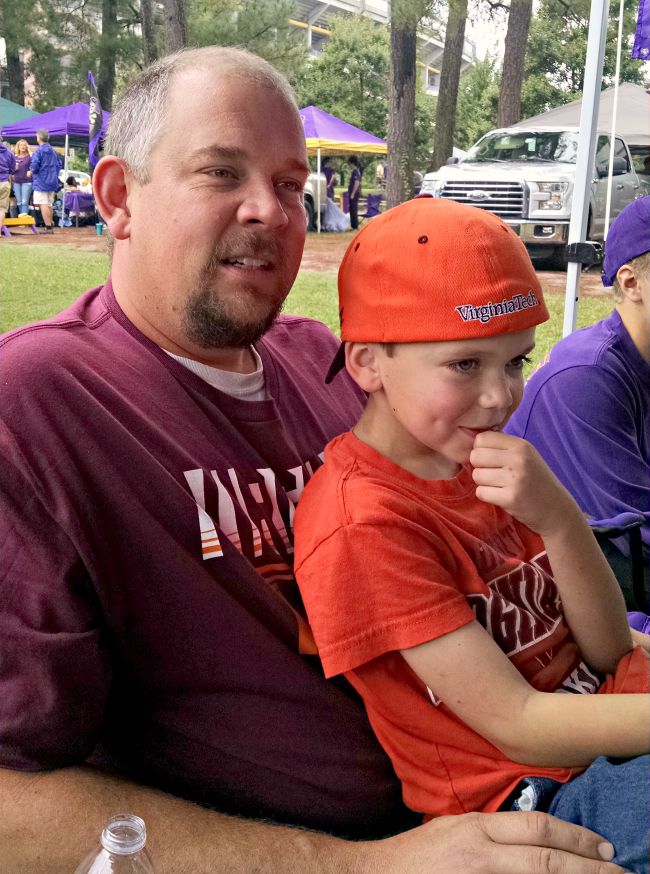 The first 6 minutes of the game were great. The rest…eh…we started losing–and it kept raining. And at some point my daughter abandoned the family fold and started waving a purple pompom around! (Traitor!) {smile} 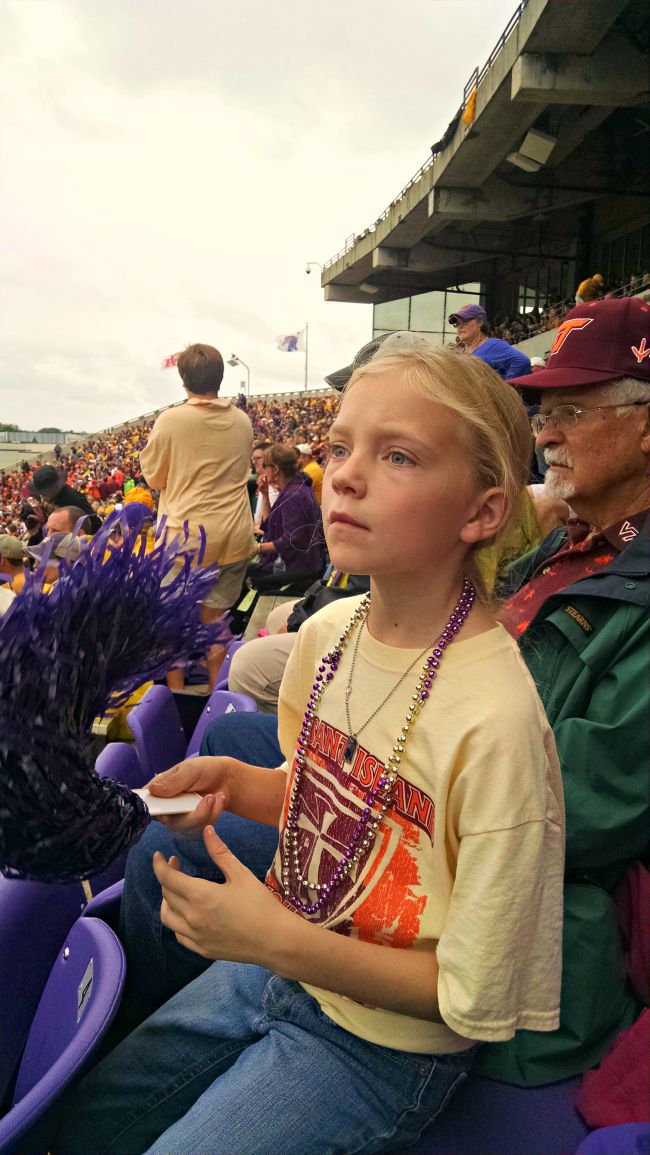 And it turns out I took a lot more pictures than I thought I did while we were all still dry. I usually don’t get to sneak in this many pictures of Mr. Fix-It without tools in his hands or driving a tractor! But they’re going to cherish them one day. 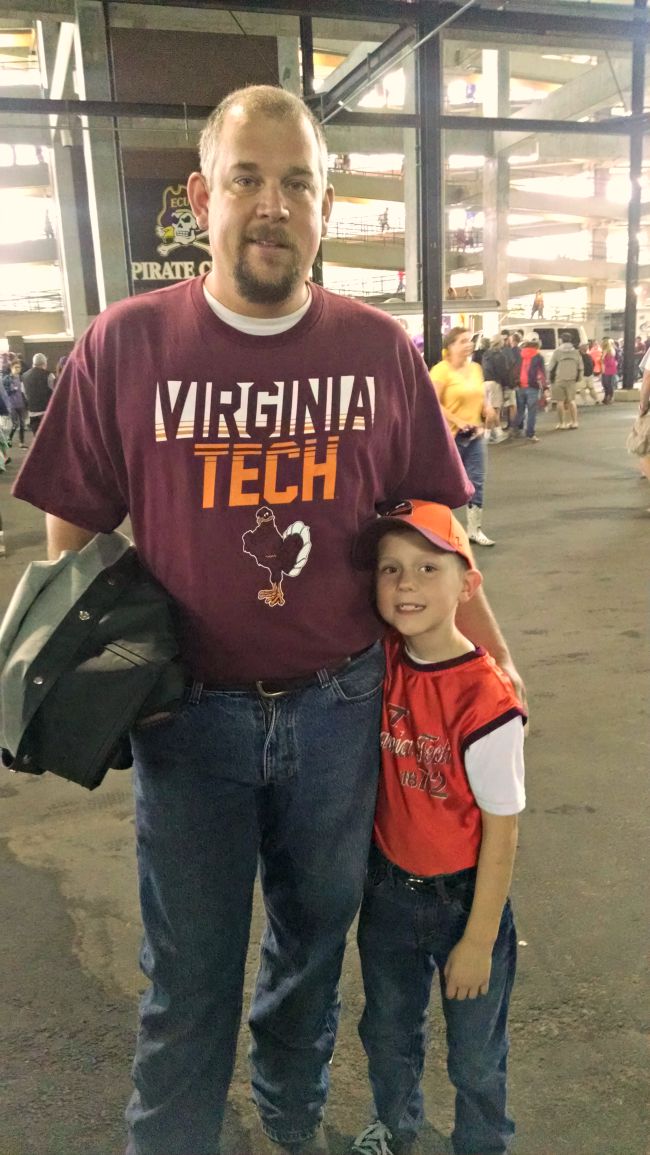 Then we turned around and loaded up and headed back home.

And Sunday morning Speedracer broke out in a full-body rash from either the plastic in his poncho or the bug spray from walking the dogs that morning. He happens to be one of those kids who reacts completely opposite of every other living being when on Benadryl and will. not. sleep. So, yeah, that was fun. {sigh}

But we’re back to the grind around here. Trying to get into a school year routine, getting through lamb harvest for another year, and starting to think about winterizing all our shelters.

How are things on your homestead?