Labor Day on Monday was technically our last day of summer here. I know it’s not the calendar’s last day, but after Labor Day we roll into the school year, so it’s our last day of our summer schedule and routine. Besides cleaning and organizing all. weekend. long. to get ready for a good start, we took a little time on Monday to go hiking out at the tree farm.

We loaded up the dogs and a water bottle and headed out for an hour or two. 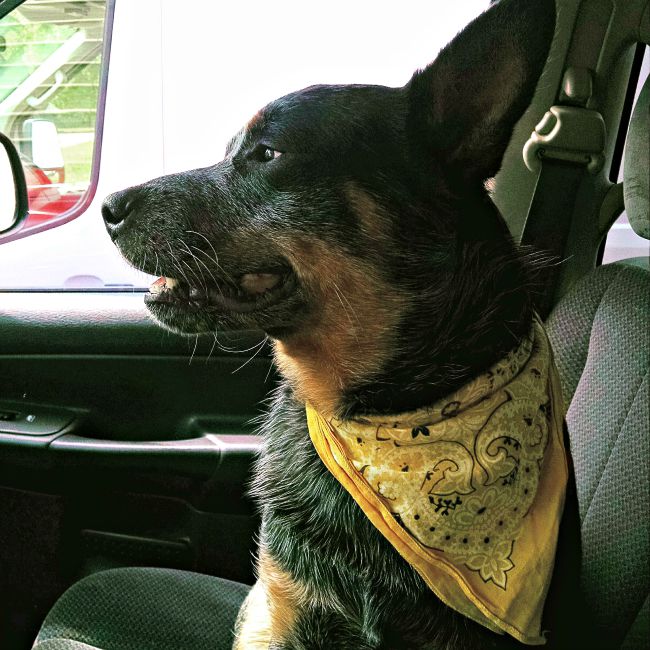 Speedracer was the most excited about it–besides the dogs anyway. The older two were in a “we’re too old for this” mood. Which I just totally ignored. The face paint we had picked up for VBS earlier in the summer helped with the bad attitudes a little bit. (You can find it here–great price and one tube did our whole VBS class for 5 days and still left us half a tube for our munchkins for the summer!) 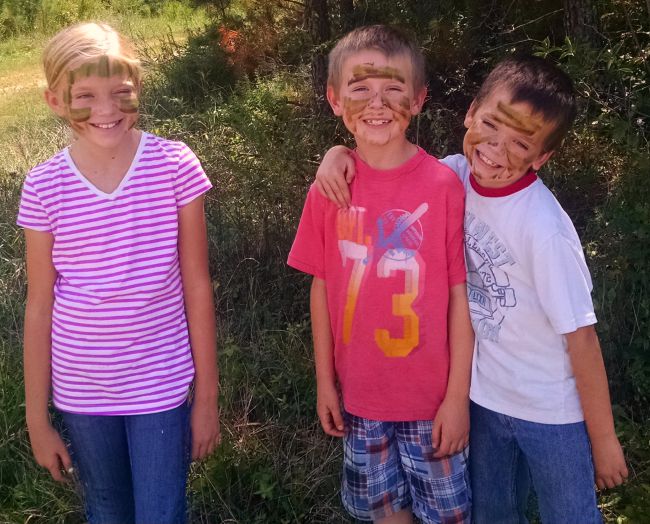 So the Ladybug and the Cowboy headed off down the path on their own to set up an ambush for me, while the little guy and I walked along looking for something to take a picture of. First we found a hollow log with a nest in it–but no inhabitants.

And then we had a conversation about poking around in nests without thinking. 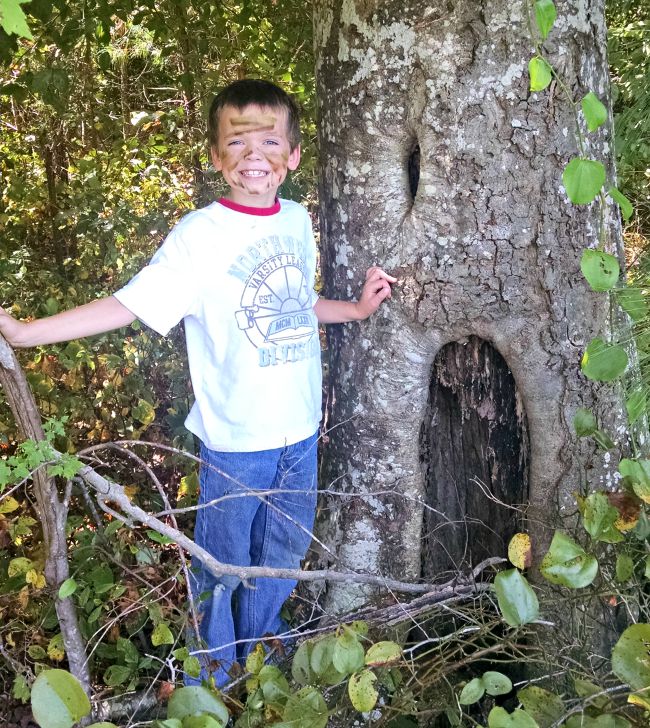 Then we found a bright little snake… 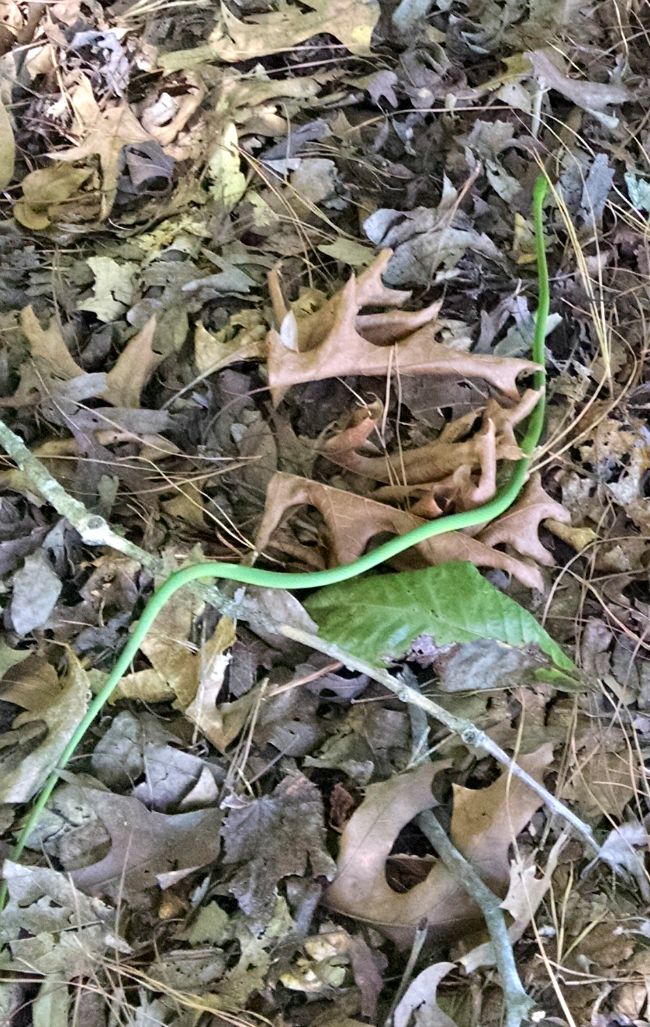 Which my Speedracer suddenly decided to reach over and pick up like he saw on Crocodile Hunter! 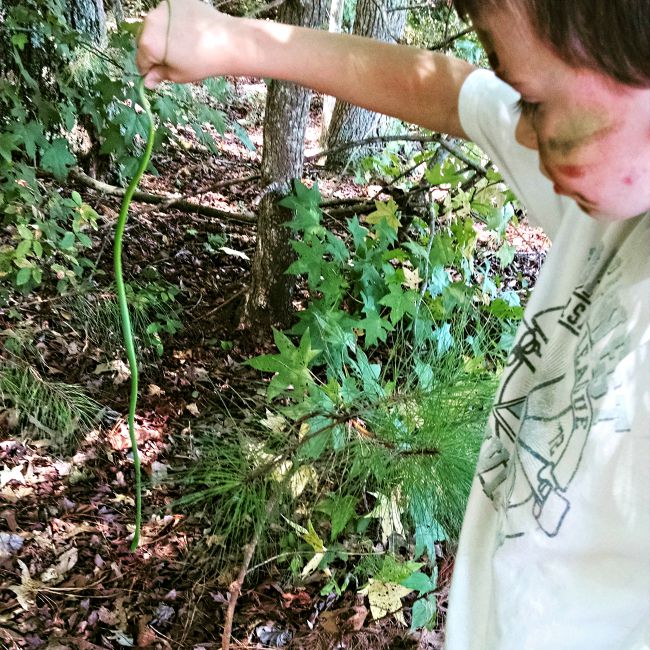 He picks the strangest moments to up and be brave in! We put him back in the bushes and tried to catch up with the other two.

And had a conversation about randomly picking up wildlife without thinking… 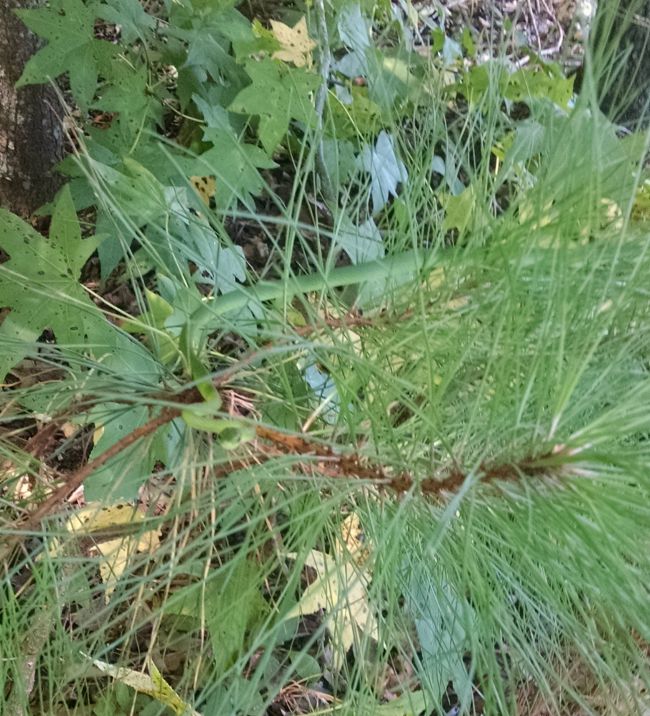 The dogs had a blast running around and leaping through the little creeks we came too. I was trying to get some pictures and regretting that I didn’t bring my DSLR, while half listening to the crew talk. And talk. And talk. This outing was definitely not a quiet,thoughtful, nature study time. {smile} 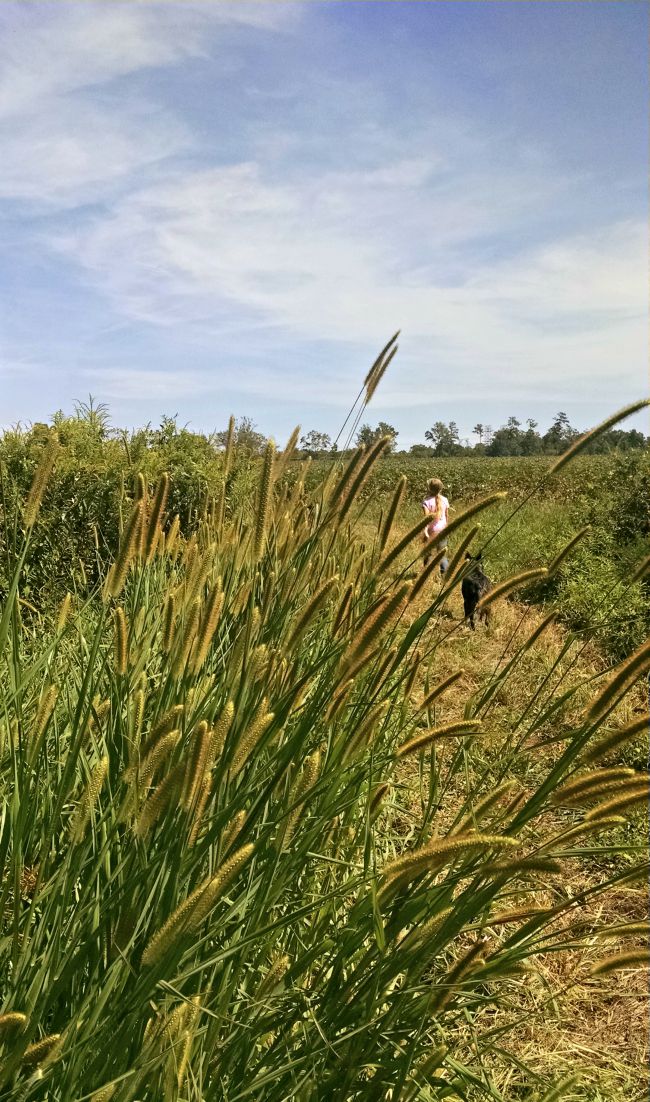 But not all moments in life need to be quiet and restrained to be valuable. (There’s a lesson in that for worn out mommas!) Sometimes you just have to let them talk. Let them run. Let them yell. Let them crawl in the bushes. Let them shoot each other with slingshots. (I would suggest that you stop them from shooting each other with sticks sharpened like arrows, but it’s your call. My experience has been that you’ll regret not heading that one off sooner.)

I’m a person that likes quiet and contemplation.

I don’t always find it with the crew. And I’m trying to learn to be ok with that and just take it as it comes–rather than spend (waste!) my time trying to constantly curb their exuberance for life. Our kiddos are very…vibrant. It can be exhausting sometimes, but it has it’s value too. 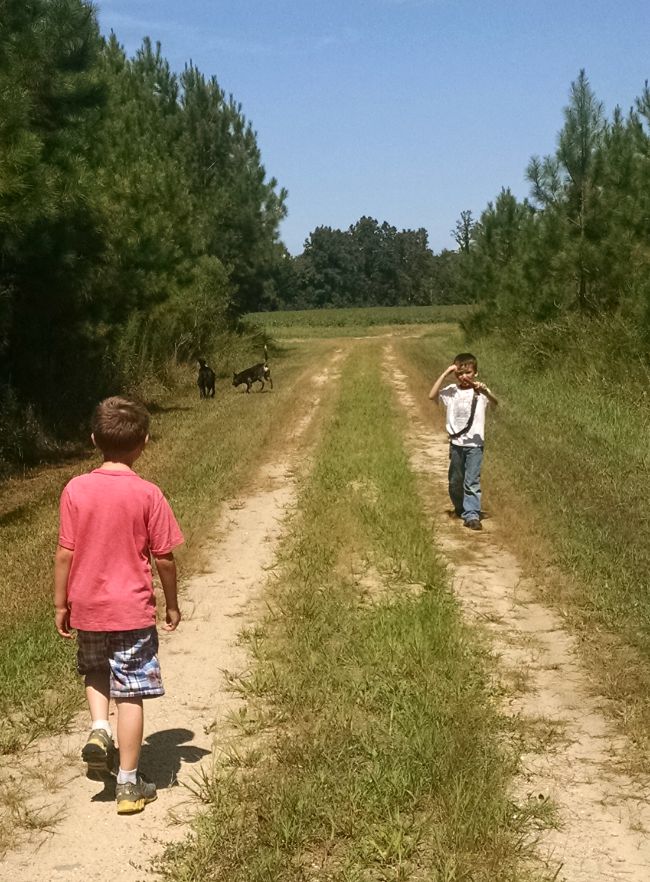 So we walked for about 40 minutes, when suddenly the Cowboy hollered back down the path at me that he got into a nest of sea ticks (AKA, Seed Ticks). Again.

This is our third adventure this year with these little buggers in the last month. {sigh} They are teeny, tiny little ticks that are more like moving, biting, specks on your skin. Smaller than a freckle. I started flicking them off his legs with a fingernail and then we lathered him with cortizone cream and hustled back to the truck. The best way to get ALL of them off is a hot, hot bath and scrub. Plus the bites itch like fire! So even though I got most of them off, he was going a little crazy worried and feeling like his whole skin was crawling. We covered the last quarter mile FAST. 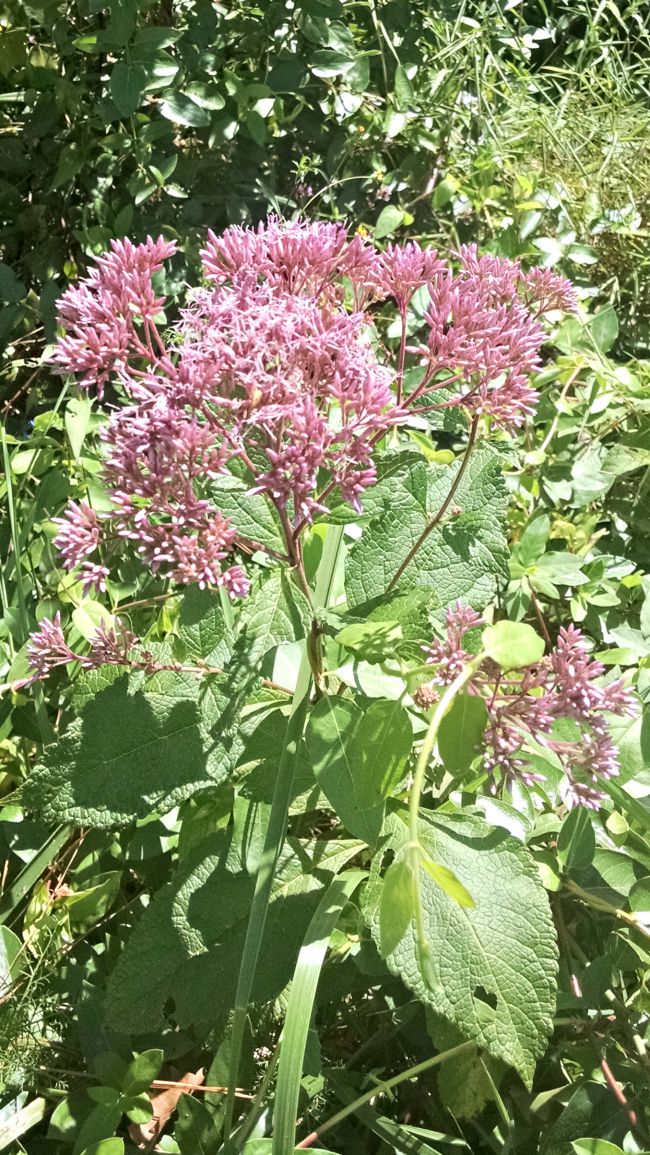 Once we got them all out of an oatmeal bath, it was clear that I had managed to get most of them and he only has a few bites. Thankfully. Last time it was much worse. And the two chigger incidents this summer where even worse. So all in all, we’re calling it a good day. {smile}

Then we had everyone’s favorite dinner (hamburgers) and the crew headed to bed while Mr. Fix-It headed to his Dad’s house to watch part of the Virginia Tech football game.

And in suddenly very quiet house, I realized that while checking the kiddos, I had completely missed three VERY itchy tick bites of my own! {smile} Life of the momma, right?

I posted first day of school pictures yesterday, so be sure to hop over and see them if you haven’t already. The years are just flying by! I know some folks already when back, Virginia gets a pretty late start every year. How did you wrap your summer up this year? Or are you still on summer schedules through the end of the month? I know summer doesn’t officially end for a while, we’re just defined more by the school calendar at this point than the seasons alone.