Ok, Coal the Cattle Dog gets into everything. Why? Because he’ll jump over or climb up anything. Point in case… 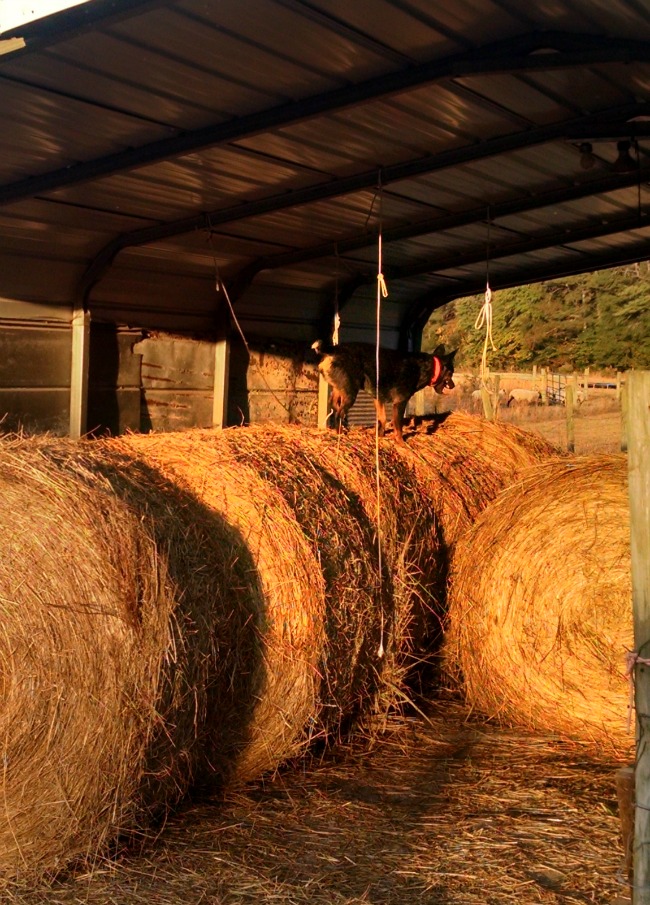 Mr. Fix-It loves to point out that this is totally and completely my own fault, since I taught him to jump up and over and walk on anything–on command–as a puppy. And now that he’s a great big 1 year old, he pretty much doesn’t hesitate to take on climbing anything. 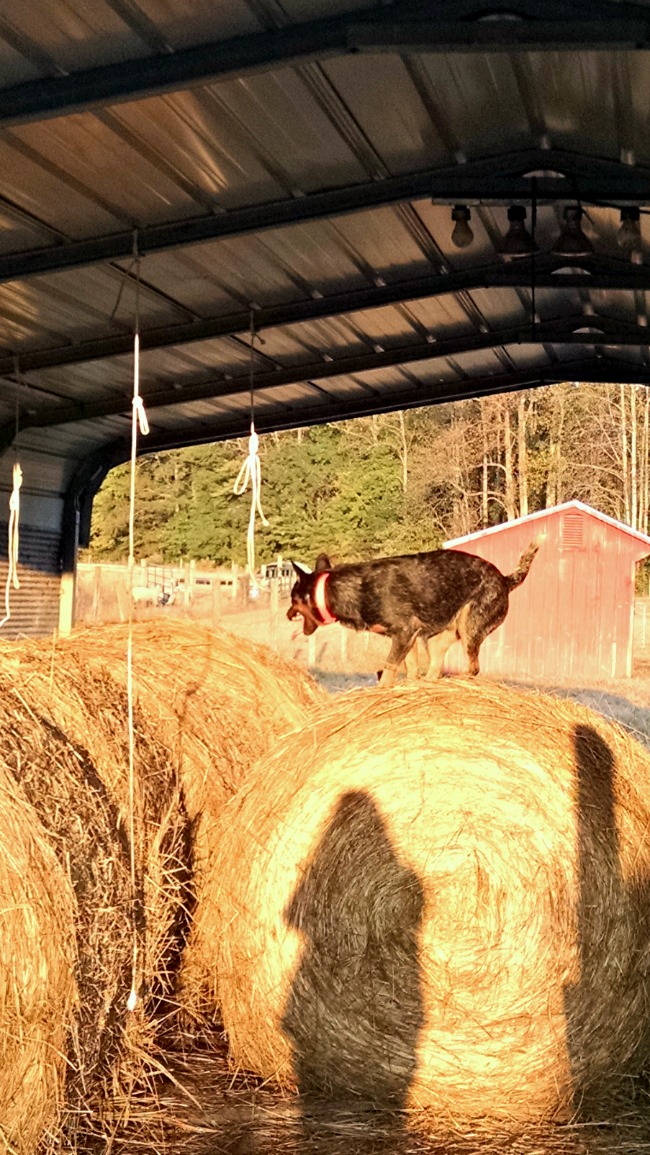 I taught him to jump up on stumps and well covers, over tree branches, and to walk along logs, pallets, feeding troughs…It’s good exercise for his mind and body.

Except when he uses his powers for evil and not good. {smile} 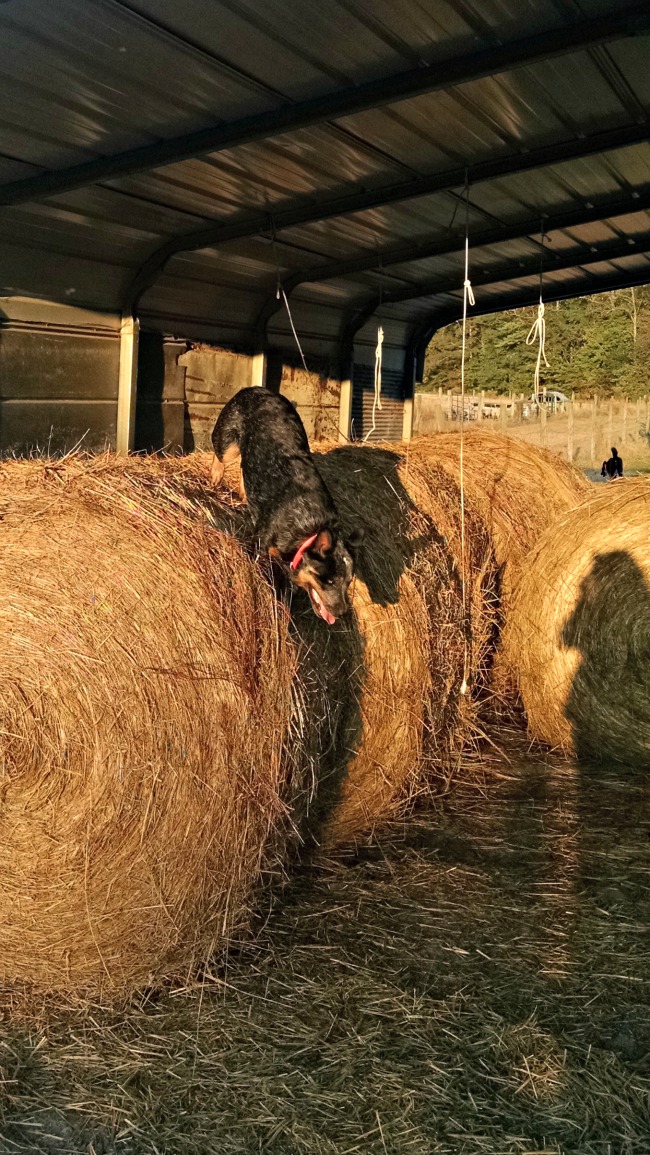 Mr. Fix-It has this craaaaazy notion that fences should keep dogs in because they can’t get out of the fence.

Coal believes that fences are just exercise equipment, and that cattle dogs stay in fences as a courtesy because they love their owners and just don’t want to go anywhere else without them. And if they happen to see their owner trying to move sheep without them, that was just a complete accident and naturally he should dig under one gate, squeeze thru a second, and leap a 48″ fence using a hay bale as leverage to get to me to help out.

It’s a pretty big philosophical difference between the two of them.

Coal also believes that we do things like add interior wire to gates and latch them shut as “just another training exercise.” 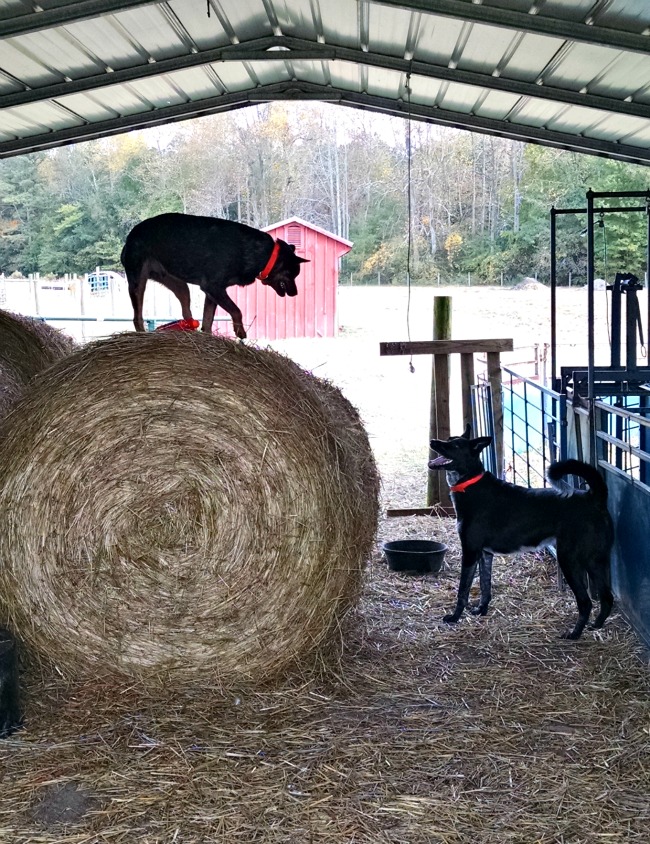 And Penny? Well, she believes this cattle dog is crazy…fun, but crazy. {smile} 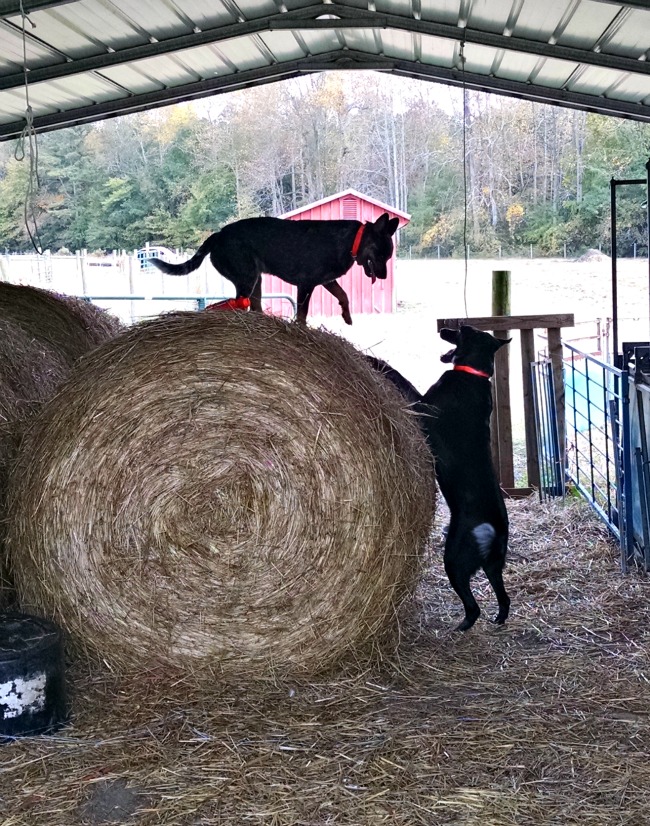 But for all that crazyness, I get a dog that comes every time I call. He comes running. I get a dog that jumps up in the middle of the night and wakes me up from nightmares. (True story, Mr. Fix-It was amazed!) I get a dog that would rather nap at my feet while I read than be outside by himself in perfect weather. (Although he’d really rather ditch the book altogether and go hiking!) I get a dog that reminds me every. single. time. I finish eating dinner that I owe him a walk, to keep my exercise plan on track! LOL 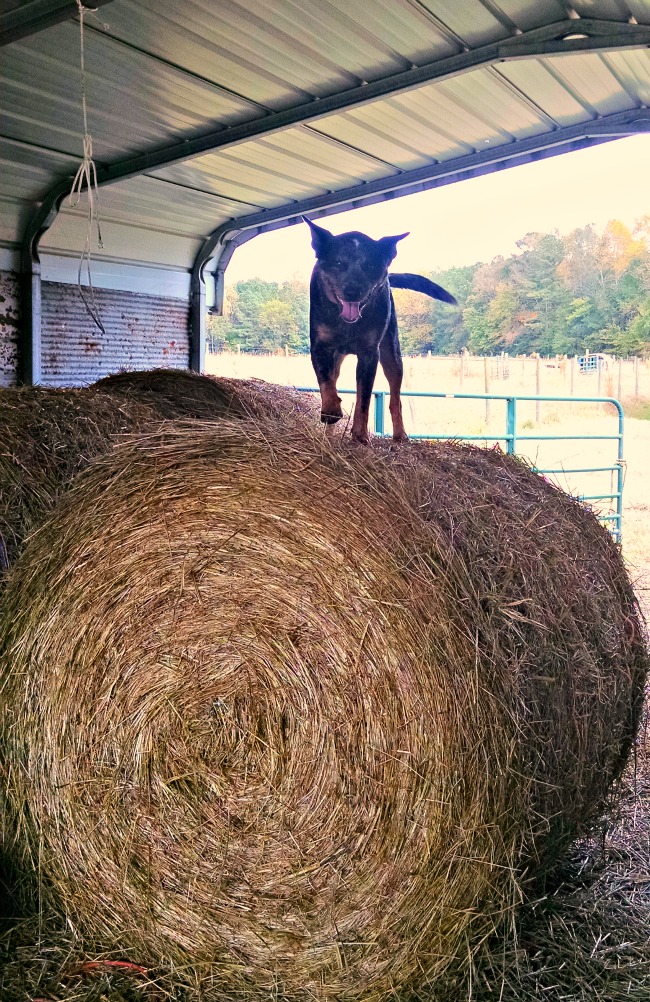 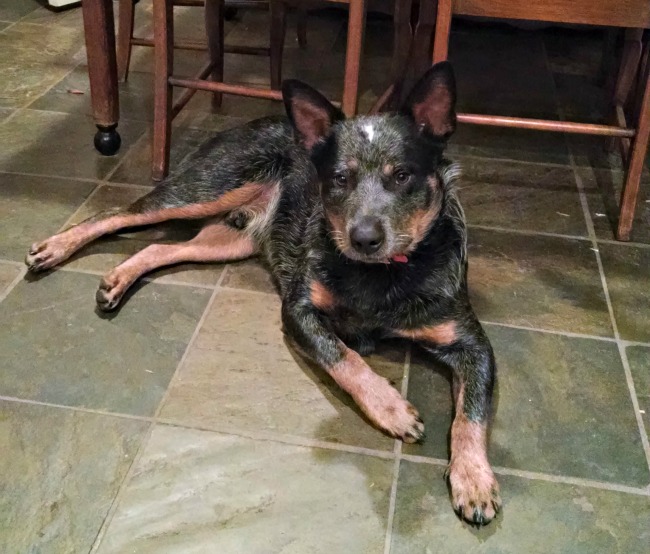 I’m sure Mr. Fix-It would like me to point out that I also get a dog that steals all our socks and buries them in the backyard. And a dog that barks at me when I haven’t filled his food or water dish for him on his normal schedule. And a dog that likes to chase chickens, pin them down, and pull all their feathers out while they squawk. I admit, having a young, energetic, independent-minded dog with high drive has it challenges…but that’s all I’m gonna say about that! {smile}

There’s just no replacing a good dog–something I’ve been missing since I lost my Kenzie.

Are you a dog or a cat person?