On Monday I posted about our boys (especially that youngest one!) pretty much never taking anything seriously. Or if they do, it’s for like 5 minutes. Thus I give you one of my sons IN a water-er. 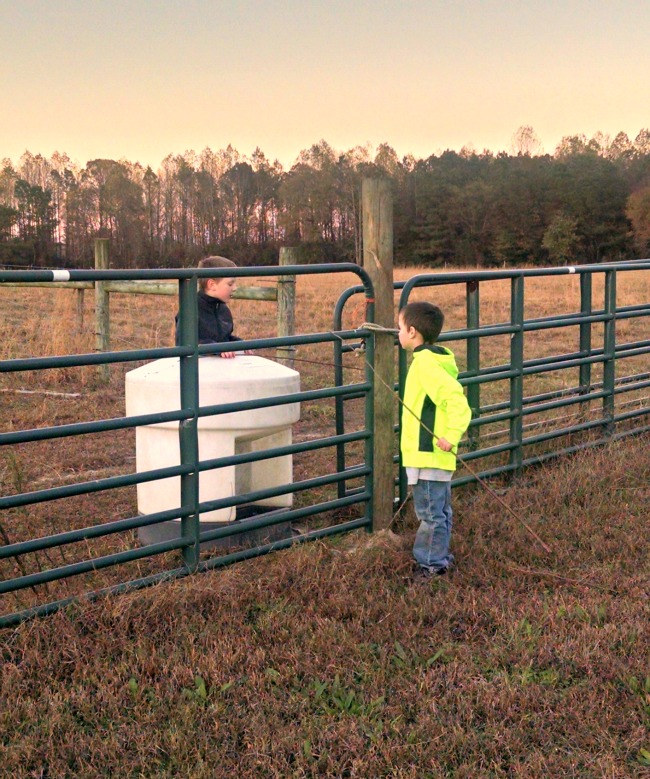 I have no explanation for this. Actually, after they got into a wrestling match trying to push each other down a dirt hill while playing catch… 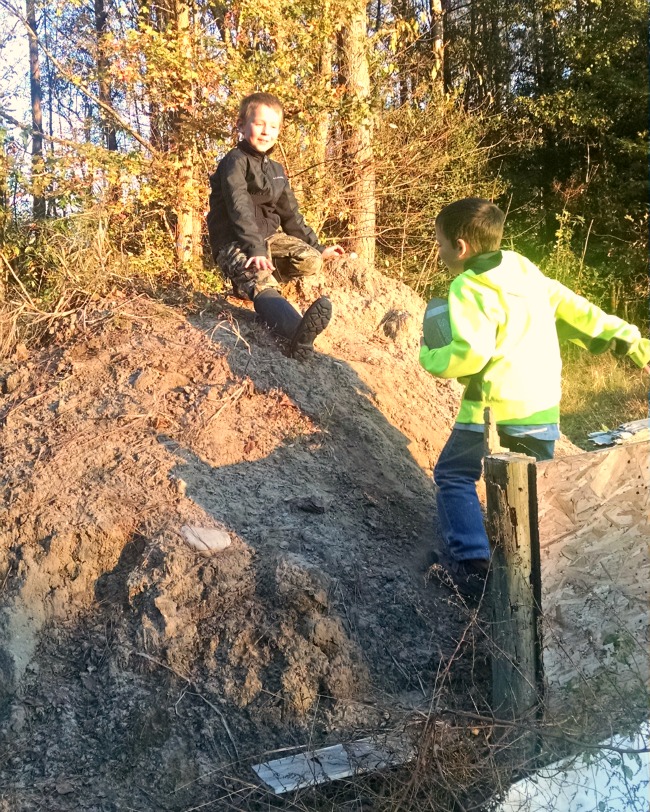 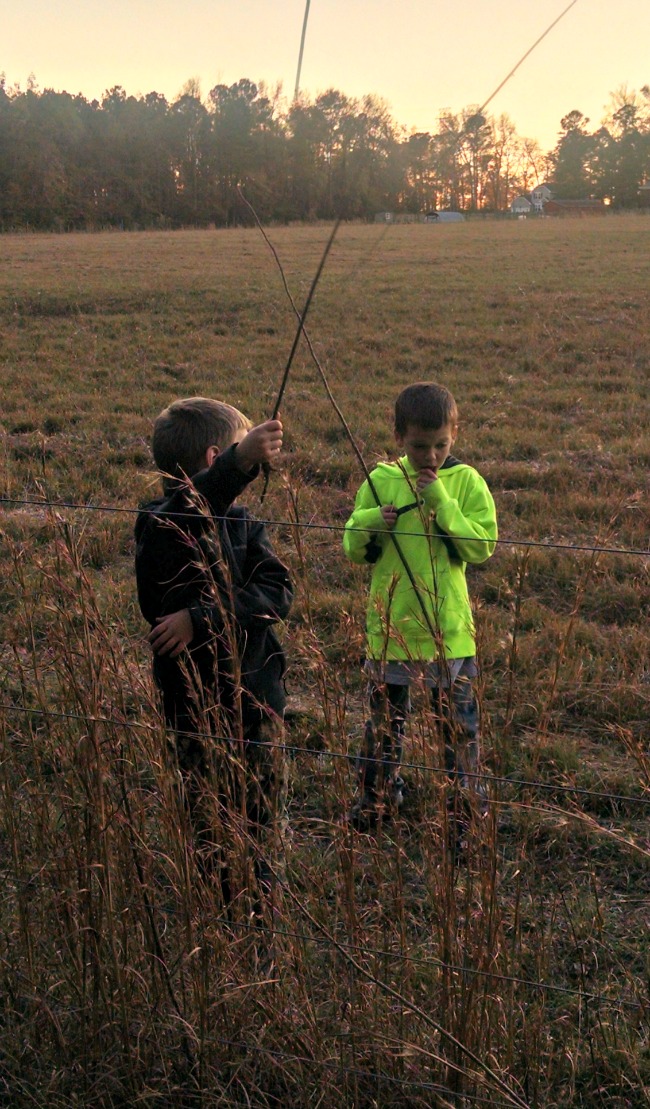 I was pretty much ignoring anything that didn’t involve loss of limbs. 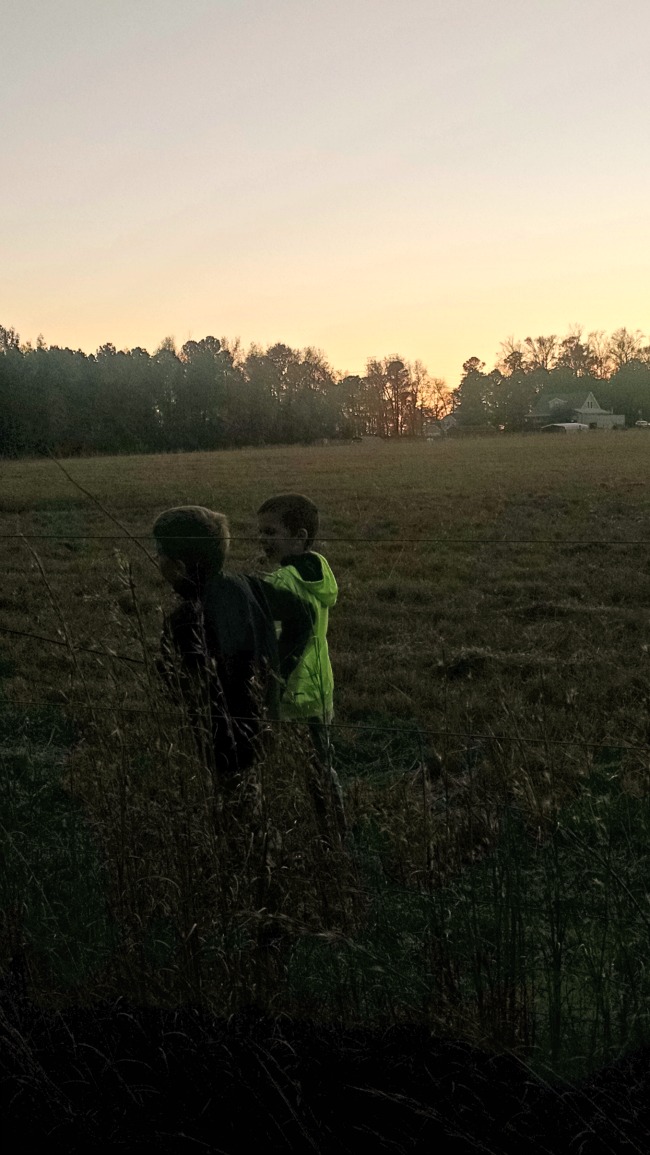 Which meant they were having a blast…but it’s all fun and games until someone can’t get out. (Remember the cow?) And I was very temped to leave him in there. Yes, even when his brother’s solution was to tip him over and slam him on the ground, thus soaking all his clothes in filthy, moldy, rain water. (That water-er’s not in use at the moment.) 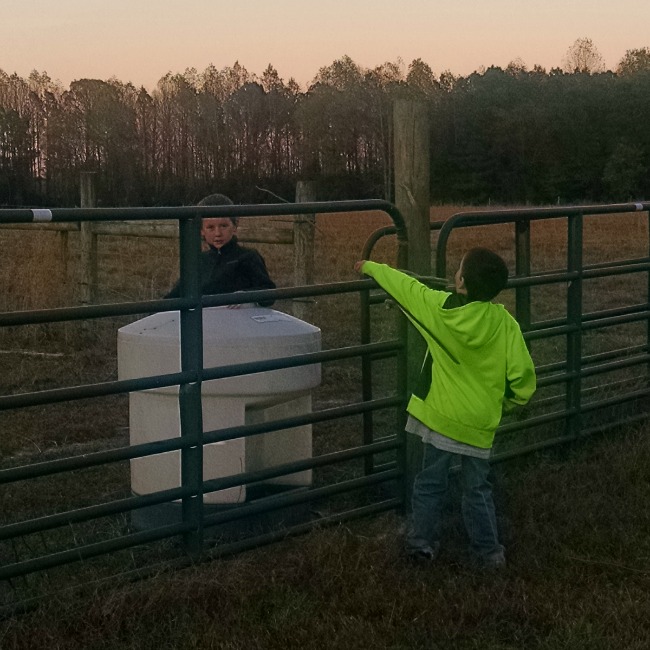 But I took pity on him–and my washing machine–and pried him out of there.

While his brother laughed.

Then they went back to pummeling each other all the way home. {sigh}