Have you seen the movie Max, about a Marine Corps dog originally stationed in Afghanistan? As a boy momma, with an equally adventure and animal-loving girl, it was right up our alley for family movie night. We enjoyed it! A little predictable? Yes. But still a quality family movie. And it sparked a lot of interest from the crew about military working dogs. The boys are already crazy about anything military and the Ladybug loves everything dogs right now so this angle on their favorite topics was very fresh for them, although not completely new. We’ve enjoyed the Scout book series by Piet Prins as read alouds for several years now. We also happen to have a military dog training facility located here, in our area, so that’s yet another connection to this topic for us. I love when we can spark an interest in things for our crew by making it “real” and “right here” to them. 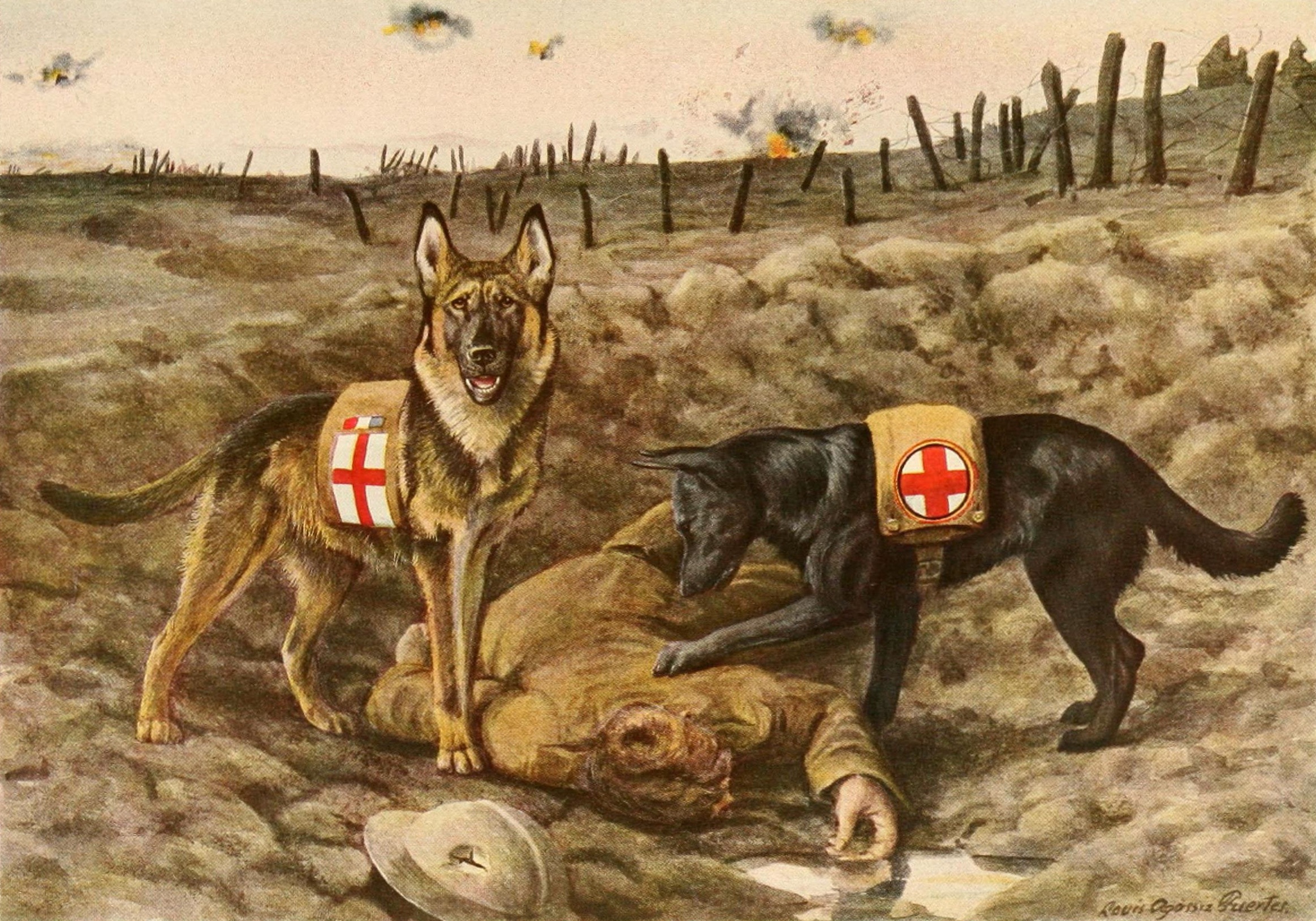 So I started working up one of our mini unit studies on the topic of Military Working Dogs (MWDs) and came up with a lot more resources than I expected at first! It turns out Amazon Prime has several shows and movies that were of interest (and FREE for members!), as well as fiction and non-fiction books. There is a ton of interesting sidelines to the working dog stories out there–like did you know that families could (and were encouraged to!) “donate” their dog to the Dogs for Defense training program during WWII and the military would take Fido and see if he could be training and sent overseas? Or did you know that the working dogs themselves sometimes suffer from PTSD and have to be treated and then retired from service because of it? And if you’ve read our post about Adopting a Soldier and sending care packages, well, it turns out you can send care packages to K-9 Soldiers too! (Links at the bottom of this post!)

Here’s some resources if you’re interested in learning more about the history, training, and experiences of war dogs and police dogs. (And don’t throw out the idea of just calling your local police station and asking for a meet and greet–I’m sure they’ll accommodate if they can!) Our kiddos are 7, 9, and 11, and these are all compatible with that age-range, either as independent reads or read-alouds, but most of them are interesting even to Mr. Fix-It and I. 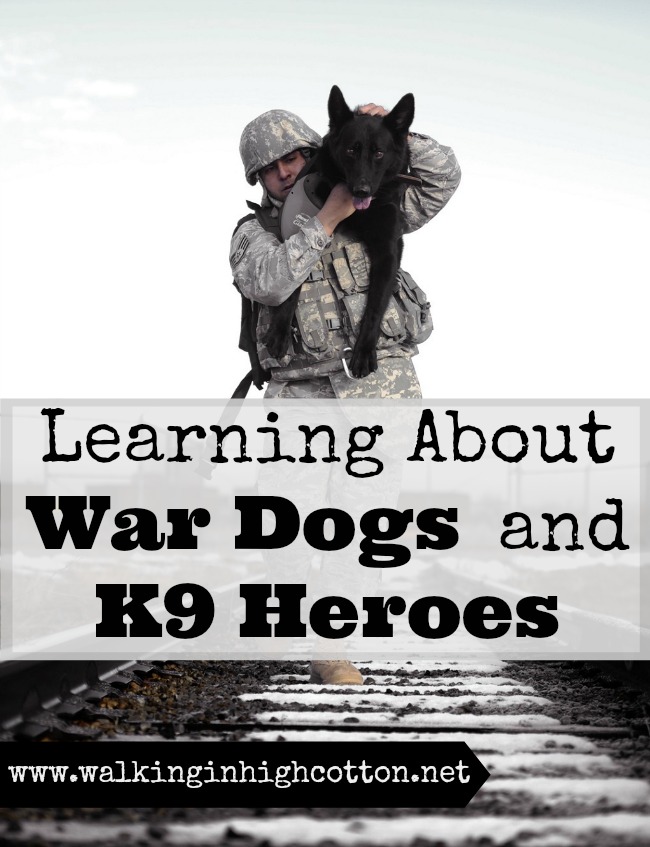 Books for Younger Learners (Suggested for under 9 yo) 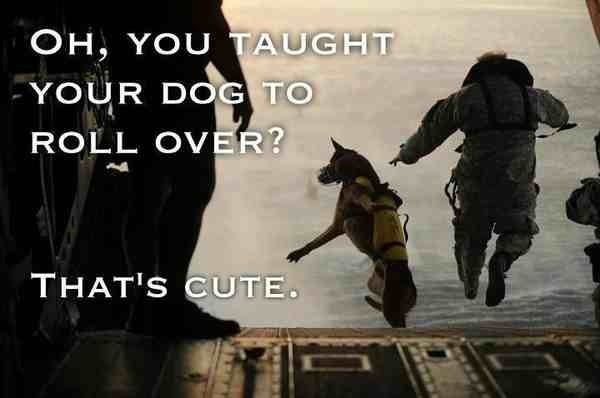 Books for Older Learners (Suggested for over 9 yo) 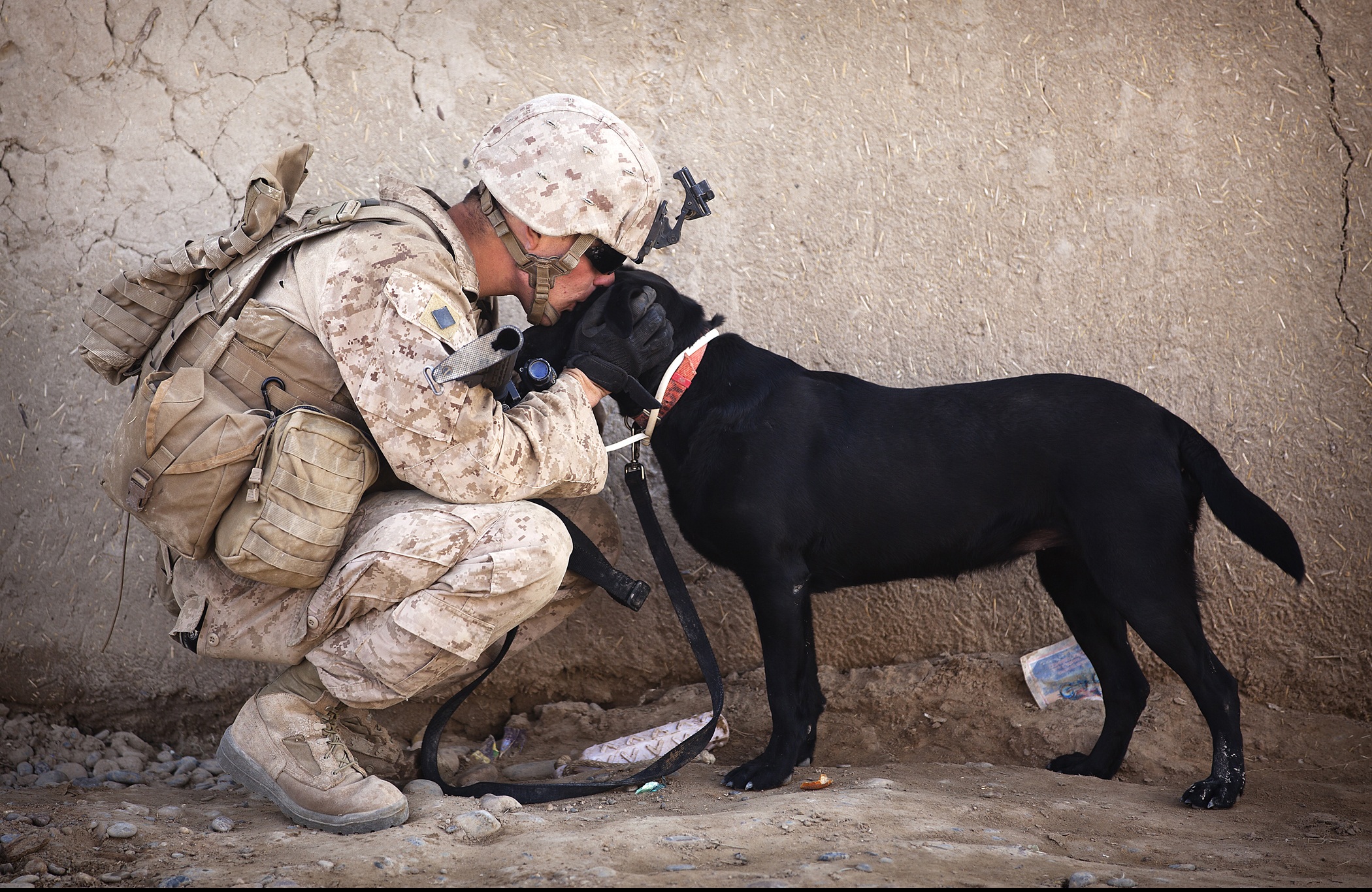 Books for Read-Alouds (all ages, but mostly adult level non-fiction) 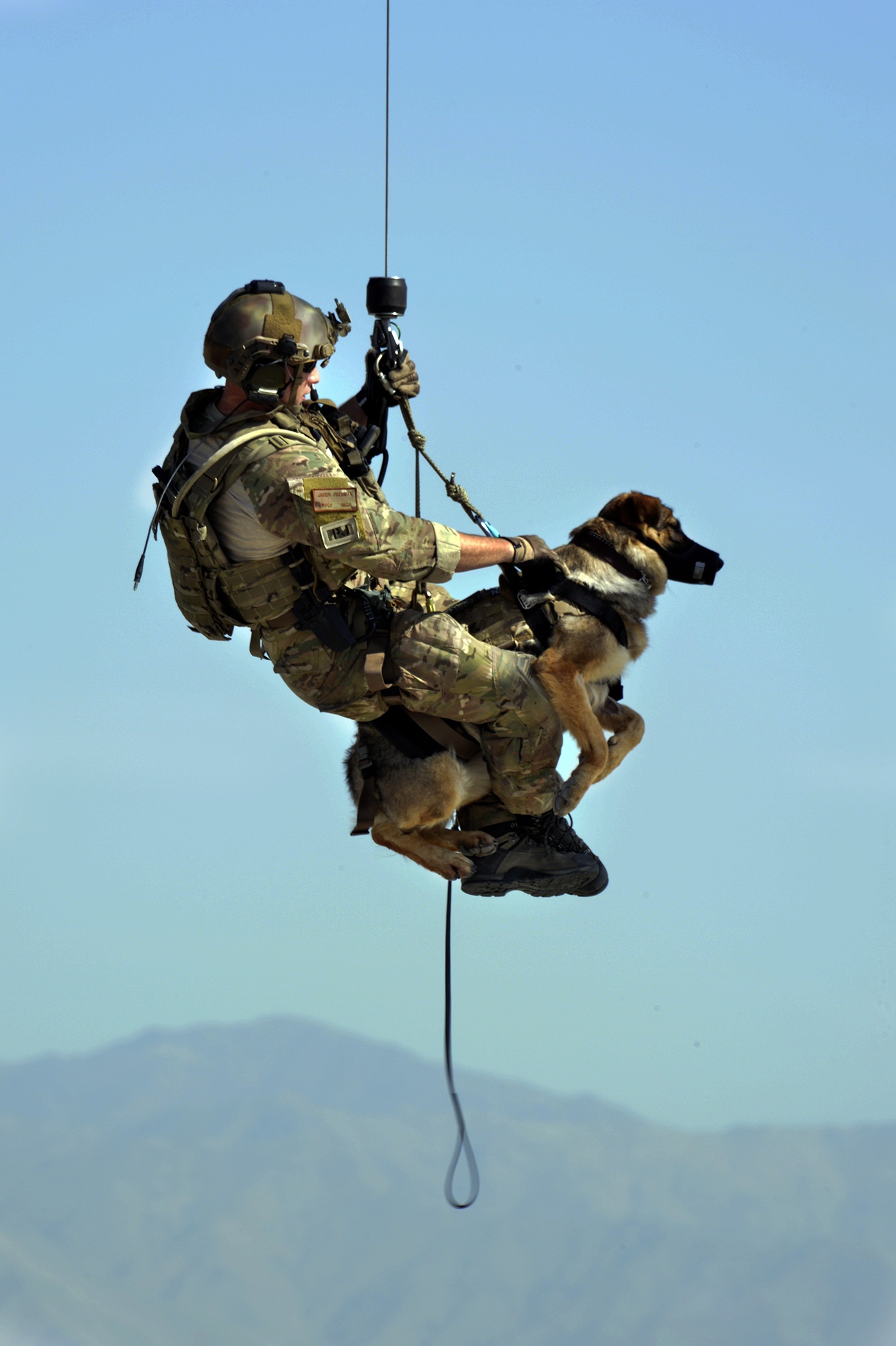 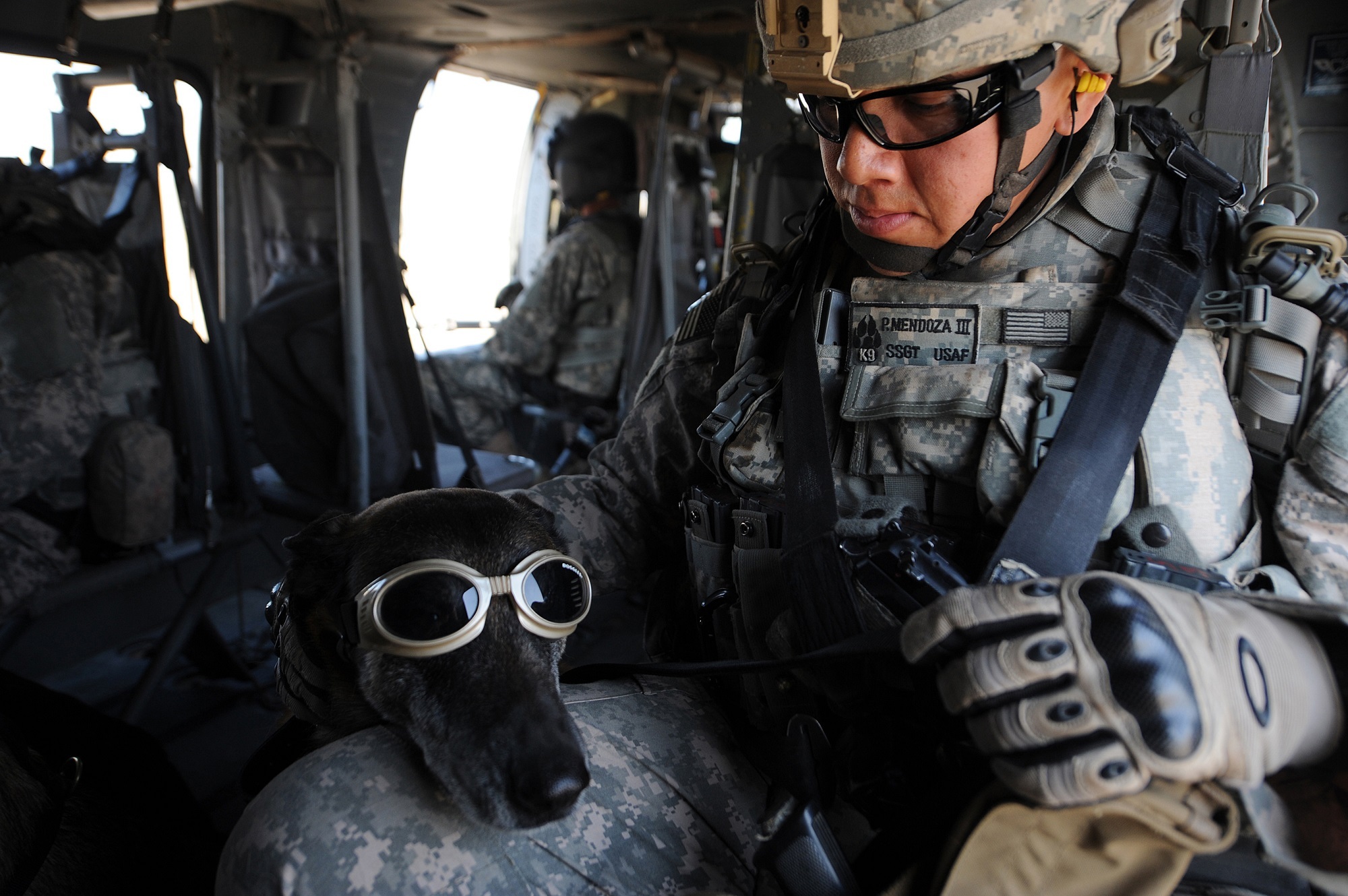 Other Items of Interest

I hope you find some of these of interest for your family or yourself. I’ve had good luck finding a lot of the younger reader and adult non-fiction at our library through inter-library loan. This topic is very popular right now after MWD Cairo was identified as part of SEAL Team 6 in the Bin Laden raid. The pictures in this post are all public domain images the military has shared as part of their collaboration on these non-fiction works.

If you have any other resources of interest, please share! We’d love to add them to the list!