We got to be home for a brand new set of twins over the weekend. Many times during lambing season we’re at work or school and always make a new count when we pull in the driveway to see if we missed anything! 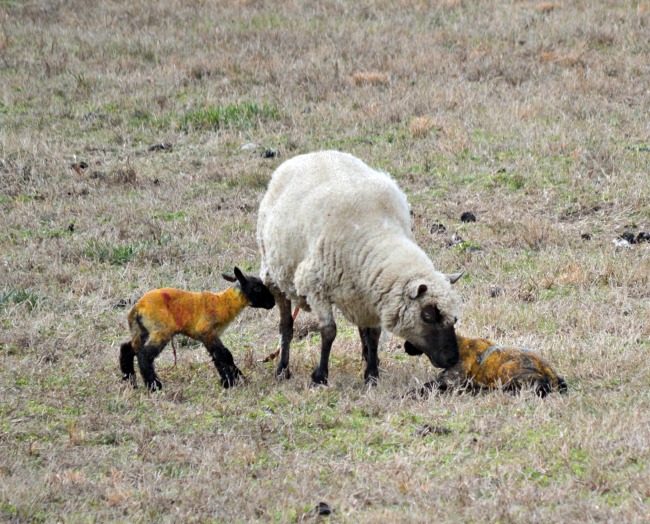 Their momma is one of the ewes that has struggled before, so we’re keeping a close eye on her. With all of our sheep getting older, we’ve got to keep extra tabs on things like access to minerals, salt, and grain. 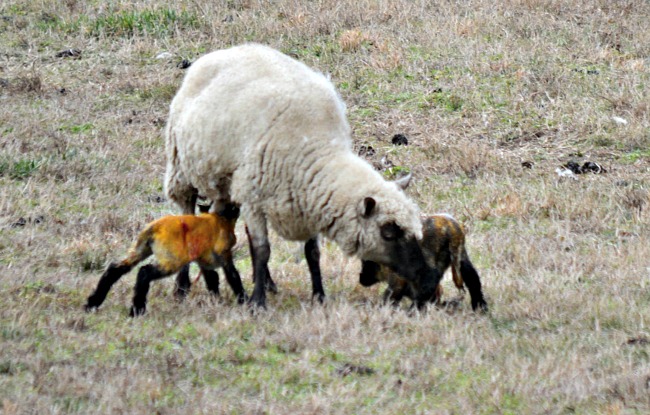 So far so good, though. She got them up and nursing no problem. Took her a little while longer to get them cleaned off, since there were two to get on their feet. 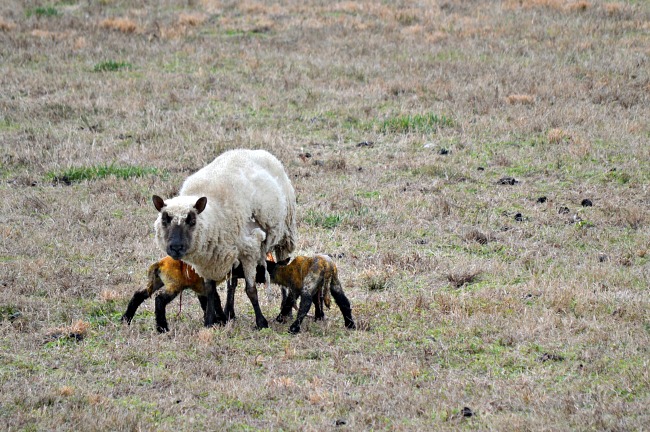 But as you can see from these pictures the next day, she took care of it. 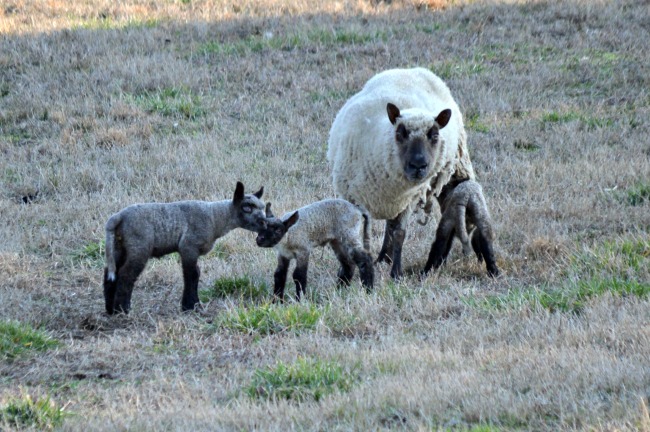 That little gray one on the right is only a day or so older than the twins, but you can see he’s got quite a bit of size on them. Being a single gave him a real advantage. 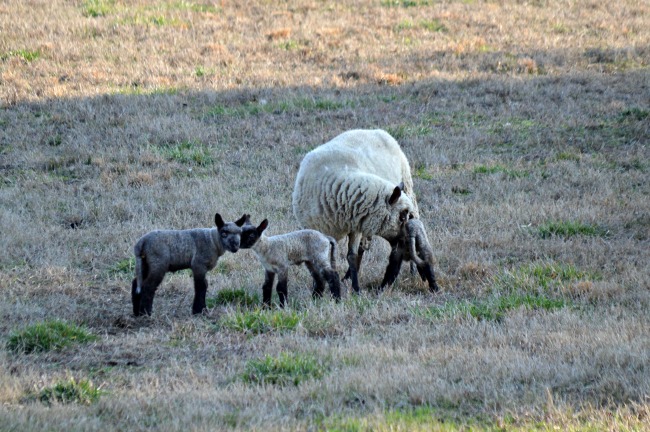 The gray one also has the strangest face markings we’ve ever seen. Almost like he’s wearing a mask. I’ve been trying to get some pictures with my good camera instead of just my phone. They’ll all end up white-fleeced when they are done growing, but their face and leg markings will stay the same–or at least similiar.

So this one will probably always stand out in a crowd. 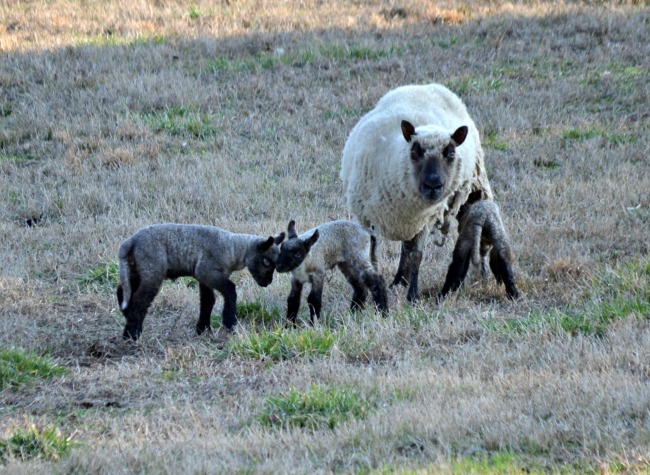 His momma is also one of our more lackadaisical mothers, so you’ll often see him off playing around some other ewe and only with his own momma for feeding time. Some ewes are very particular and will follow their little ones around the field trying to keep track of them. Others just sort of shrug, and graze, and only perk up if they hear them crying.

The “nursery pen” can get pretty rowdy in the mornings and evening for the few minutes the ewes are feeding on their grain. The whole group of lambs will gallop around the field in a big pack with each other. It’s one of my favorite times to watch them. 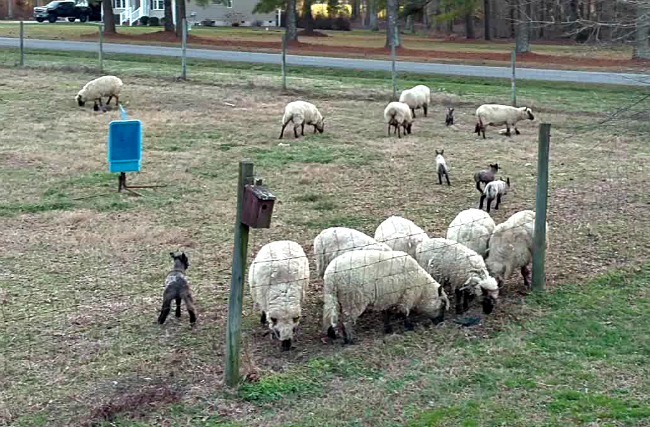 This weekend the weather was gorgeous–more like May than February. Now it’s back to 40s and 50s and windy, but the sun is shining so I’ll take it. We’ve got 3 more ewes to deliver this season, all in the next couple weeks. I’ve been expecting a set of twins, but it wasn’t from this ewe {smile} so we’re still expecting a set of twins, and hoping to finish out the season with four more healthy babies.

How are things around your place?