Our household has really been under the weather this past week, with a stomach bug and the flu coming to visit. But farm life goes on and along with the flu and some snow flurries, Thursday brought our first lambs! 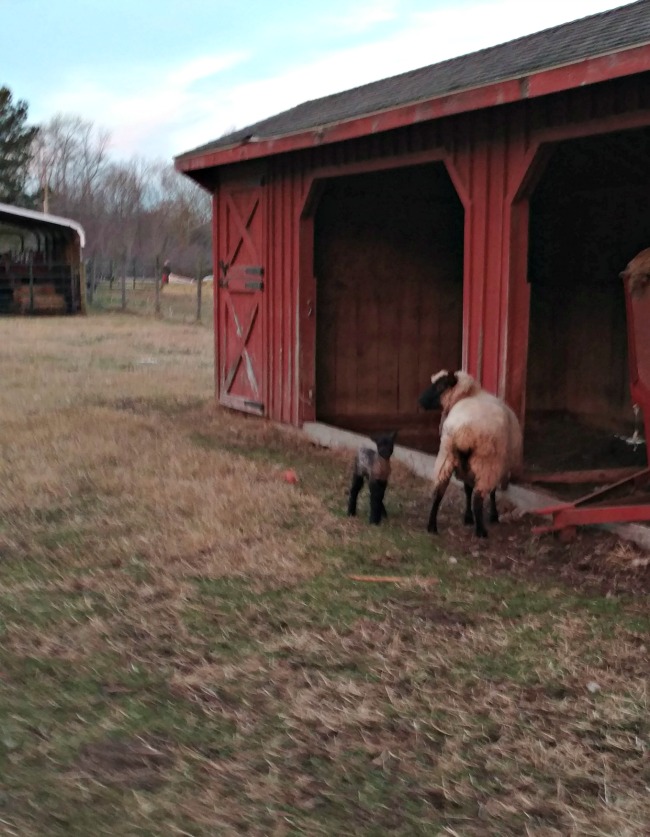 This big fella was already dried off and scampering around on his own four-feet when I saw him while walking the dogs at 7 am.

Then later that morning we saw signs of labor in a second ewe. One of the earliest signs is that they start wandering off by themselves away from the rest of the flock. Our sheep are not strong flockers, so this can be a little tricky, but you can see in the picture that she’s definitely broke from the group in the back of the field. 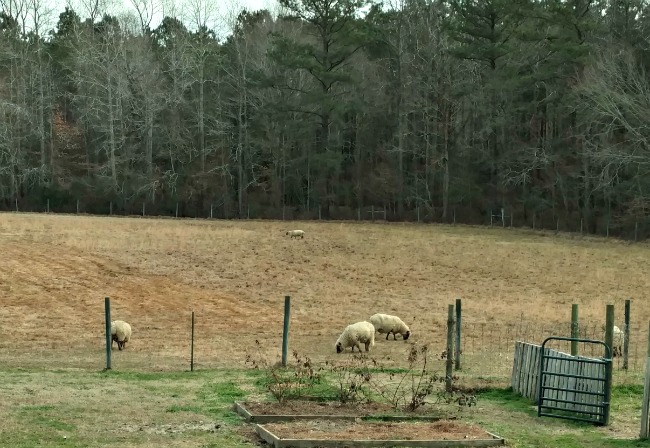 So we kept an eye on her and sure enough, that afternoon she laid down and brought a feisty little ewe lamb into the world. The Ladybug and I got to watch the whole thing from the tractor shed. This happens to be one of my favorite ewes, whom I affectionately call Bug-Eyes. 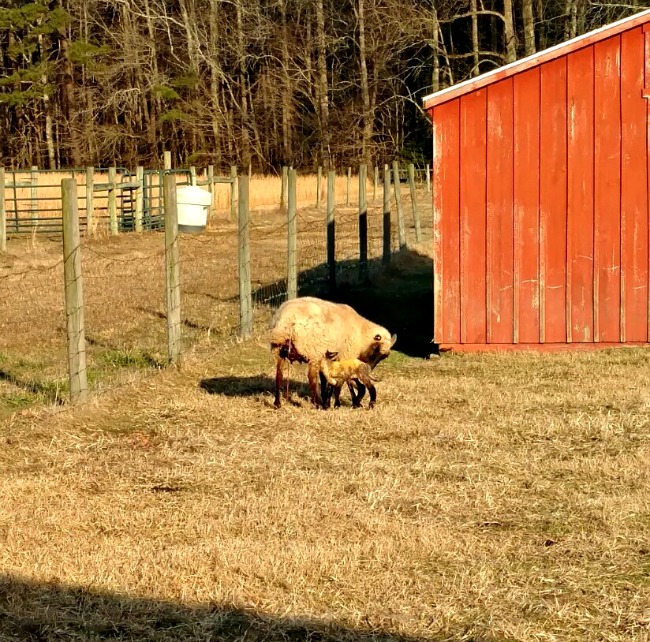 Then on Friday we found another ewe out at the barn with a set of twins. These two were small, but Fuzzy-Wuzzy (yet another affectionate nickname) is a good momma and was handling everything just fine. 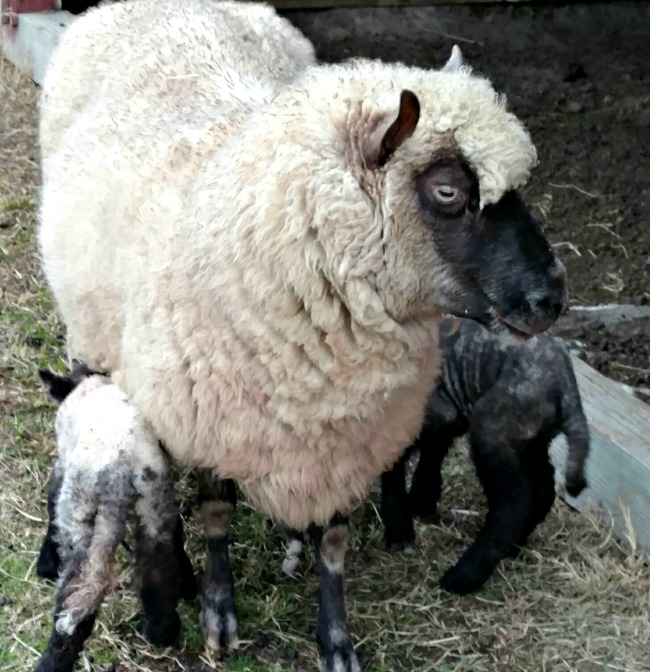 Friday afternoon I was out walking the dogs (again) and noticed that the rest of the flock was across the field, while Fuzzy here was staying at the barn, with only one lamb in sight. That worried me. Being so small, I was concerned that the second one might be laying out in the barn because it had gotten too cold.

Nope, she had managed to get herself stuck between the barn wall and the brooder house and her momma wouldn’t leave her. 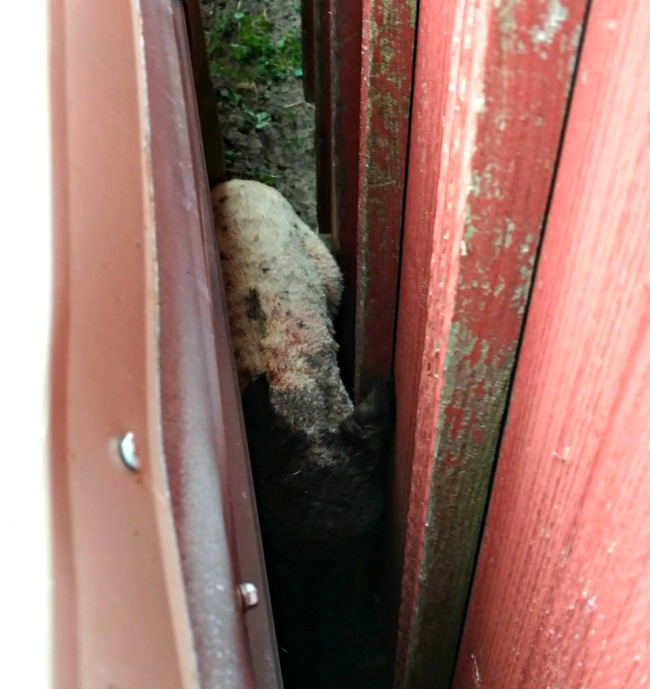 I have no idea how she managed to wander in there, but I fished her out safe and sound and returned her to her momma. 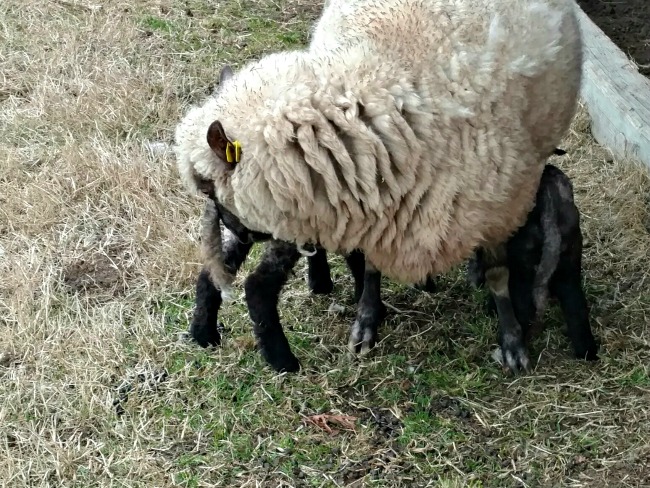 Then I heaved and huffed the brooder house over to try and get rid of that issue. I wasn’t overly successful, but later we all went out and moved the sheep to the top pasture and away from the hazard altogether.

We still have seven ewes to deliver this year. I’ve got one more marked for possible twins, but single from everyone else won’t surprise me this year. The ladies in our flock are getting older and starting to slow down a little bit. One healthy lamb is better than two little, struggling lambs.

Anything exciting at your home place?