So once the drama of actually setting posts is over, where does a would-be fence builder go next?

Wire. (This is exciting stuff, people.)

We’ve now officially run more than 3 miles of high-tensile fencing for fields 4 & 5.  That sounds like a whole lot to me, but we can say it as 16,800+ linear feet if  that sounds bigger to you.  As far as I’m concerned, it’s a lot.  Period.

Here’s our weekend in pictures… 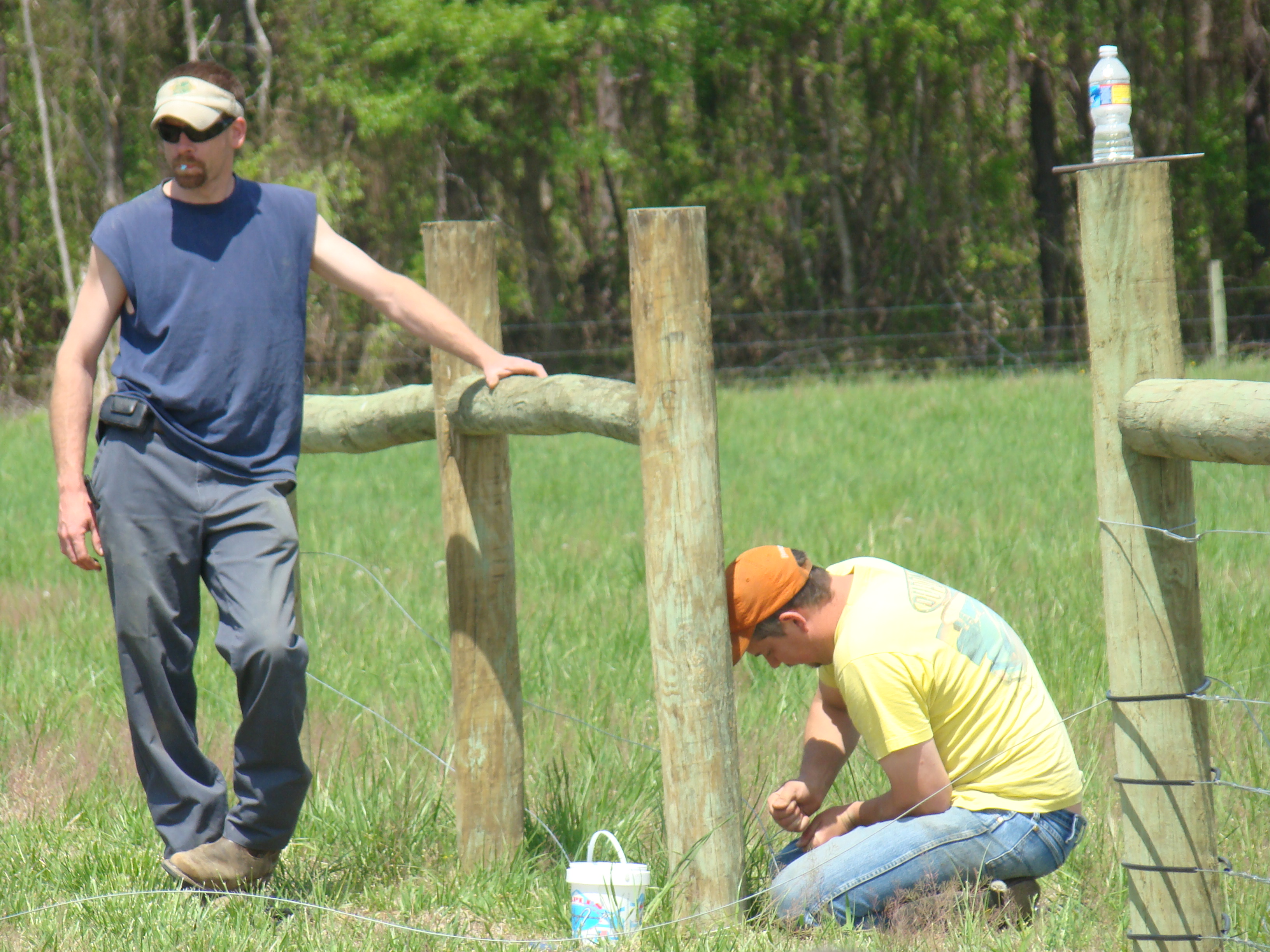 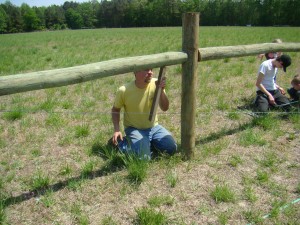 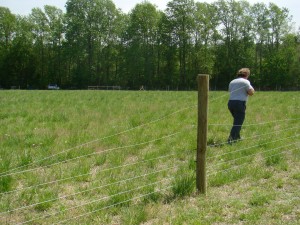 Walking the wire from one end to the other 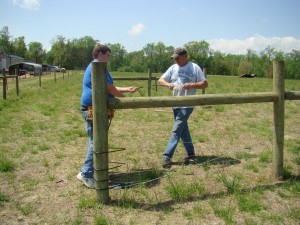 Fastening the line at the cross brace 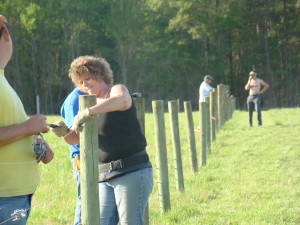 Everyone pounds staples up and down the line 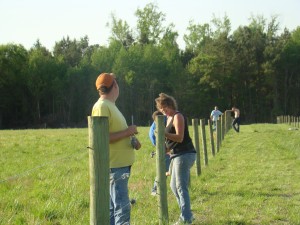 Then you tighten 'er up and hope nothing breaks loose

And many, many thanks to all our helpers. 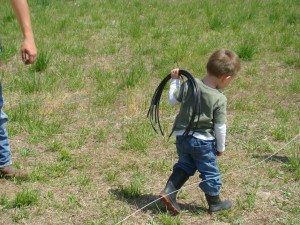