We get that question a lot. 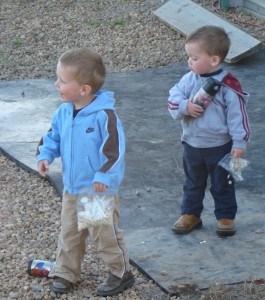 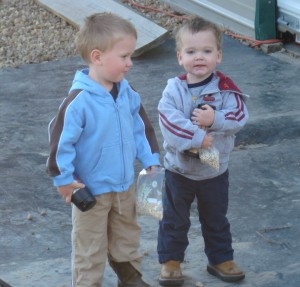 I can’t imagine doubling up any more than we already had too.  We did briefly have two in diapers or pull-ups at the same time, but for less than a year.  The thought of having to potty training two at the same time is enough to give me nightmares for weeks. 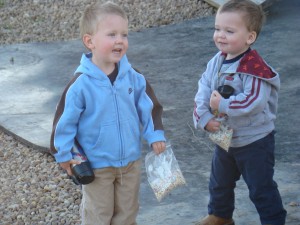 We do have a double stroller.  I concede that Mr. Fix-It was probably right about that one.  The five times we used it, we appreciated it, but otherwise we probably didn’t need it.  It’s now a really big stroller for stuffed animals on the back porch.  We used a Snugli and a Kelty backpack carrier with all three of them (and LOVED it) and that was usually enough since our precocious middle child was walking by 10 months and insisting on his own way by 12 months.

Yes, all our kids were actually really, really good babies.  The Ladybug was actually a really good toddler too–we didn’t hit the “terrible twos” until she was almost 4 and finally smarter than me.  And #3 was so quiet I could have actually forgot he was there for long periods if I hadn’t been so obsessed with keeping track of everyone out of a ridiculous fear that I couldn’t keep track of everyone. 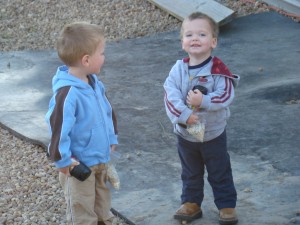 Toddlerhood and Preschooler-hood (is that the right term?) has been a bit of a shock.  But I read once that all kids are born with the potential to be Saints.  A parent’s job is to take that little sinner and polish them until you reveal their Sainthood.  Say a little prayer for us… 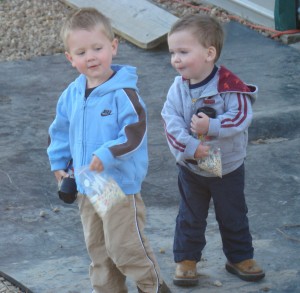 …Better make that a big one!