Sitting at a table at the Fair for 4 days gave me a lot of time to “people-watch” as Mr. Fix-It likes to say.  It gave me a lot to reflect on and think about.  Seeing how other people disciplined and interacted with their children (the soybean boxes–otherwise know as “tantrum corner”– were right in front of our display), seeing other couples (young and old)  holding hands or bickering and sniping at each other, and watching how other people interacted in a crowd of strangers.  It was all very thought provoking. 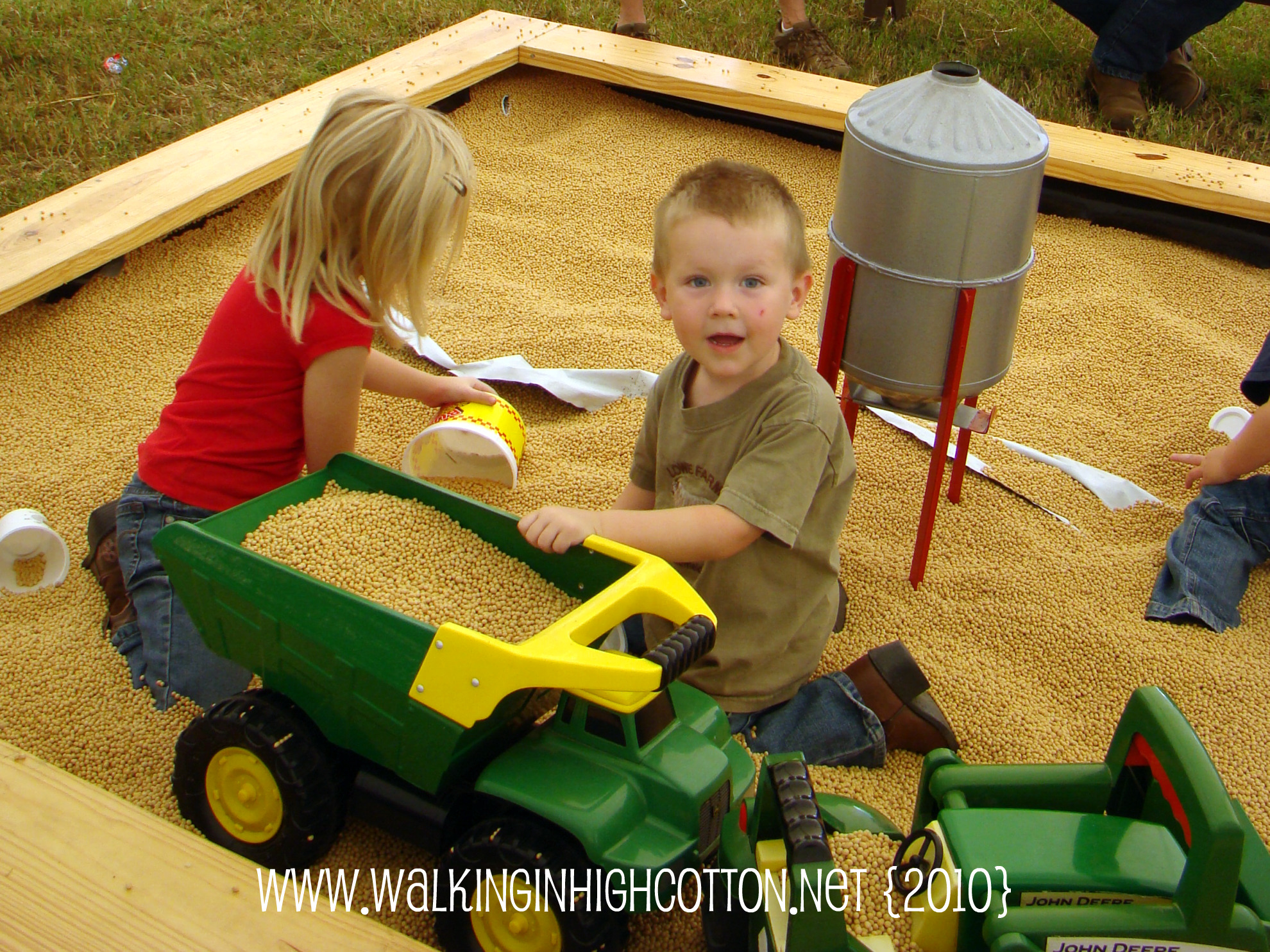 Soybean boxes were the biggest hit of our tent.

The Bible says that “out of the abundance of the heart the mouth speaks.”  A loving heart speaks with love.  If you speak with sharpness or coldness or criticism…well, that is what you’ve filled your heart with. We heard and saw a lot of  both this weekend. 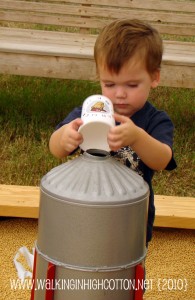 We had to pry that cup out of his hand with a crowbar.

And if you don’t know which is you…well, meet God’s little reminders. Kids.

They are masters at parroting back exactly what you said, exactly how you said it.  Just in case you missed it the first time (or were trying to block it out).  It’s been a painful heart-check for me on more than one occasion.

Ok, a lot more than one. 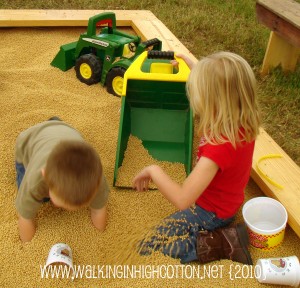 Soybeans clean up better than sand. And are less dusty than the corn boxes they had last year.

Any word can be a weapon.  I’ve heard the Ladybug say her brother’s name–just his name–and cringed because her tone was so harsh, so angry, so…ferocious.  And I’ve realized that’s my voice she’s using.  That’s my angry, frustrated, at-wits-end heart that she’s reflecting.  More often than I’d like. 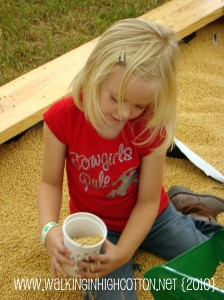 We did have a momentary bean-up-the-nose incident. But now my son knows how to shoot snot rockets.

But sometimes they reflect something that makes my heart glad.

The other day I was scrubbing the bathroom (fun, I know) and I heard the crew playing on the back porch.  The Ladybug was the flagman and the boys were foot-racing, and I heard her say “Hey buddy, I didn’t say go yet, ya little cheatie.”  Normally I’m not one to condone name calling, but her voice was so full of fondness, gentleness, playfulness…love.  There were giggles and tickling and Speedracer’s belly laugh, and it brought tears to my eyes. 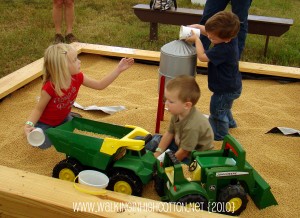 The soybeans were even more popular than the pony rides.

It reminded me that as many mistakes as we make as parents…as adult role models…as Christian examples to the world…we also have the opportunity to reflect love from our hearts.  To reflect family loyalty and commitment.  To reflect kindness and compassion, soft words and forgiveness.  Respect for our fellow man.  Acceptance rather than criticism. 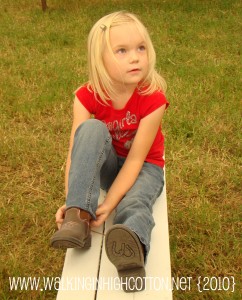 Did you know that soybeans float in the bathtub?

If we focus on filling our own heart with goodness, then that goodness will overflow.  And love covers a multitude of sins.