My crew has been helping me work sheep lately, getting prepped for lambing season to kick off any minute now. 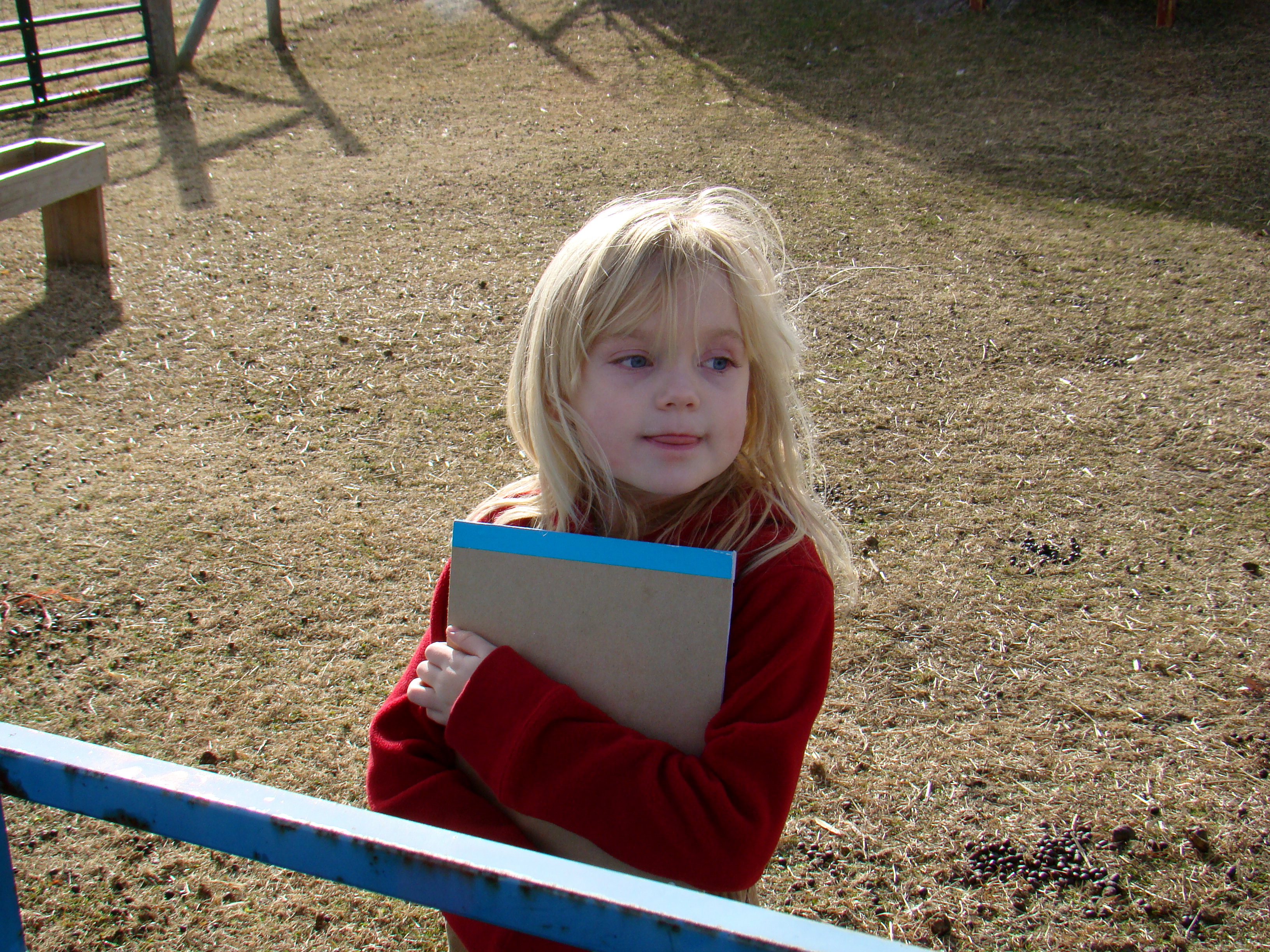 She takes her work so seriously.

Besides being big “mus-skulls” for me when there’s any holding, pushing, shoving, or hyip-hyipping to be done… 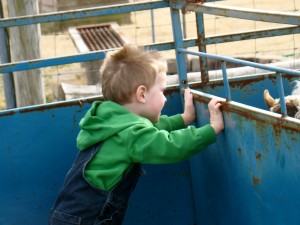 He's pushing the sheep into the chute for sorting. 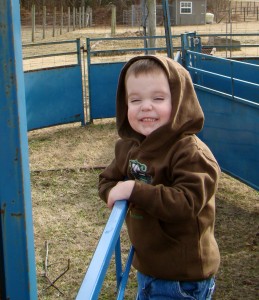 This guy's cute, but I've notice most pictures include him hanging out rather than working.

Speedracer is still a little impatient for working with the animals and tends to Hyip! Hyip! at all the wrong times. So I lifted him over the fence to help Mr. Fix-It drag the cow pasture. It turns out he’s not great at driving yet either and almost took out the barn and 300 feet of fence line. 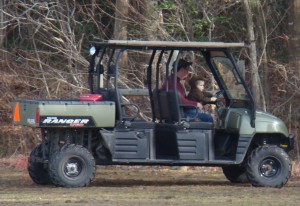 Again, a cutie, but lacking a little aptitude.

Once the Cowboy and the Ladybug had helped me separate the ewes from the rams (the ladies from the gentlemen, if you will) I turned the two of them loose to move the rams back into their own field. 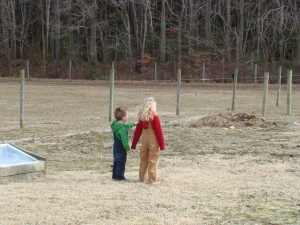 They're scoping out the situation...

I just stood by and snapped away while they plotted out their herding strategy. 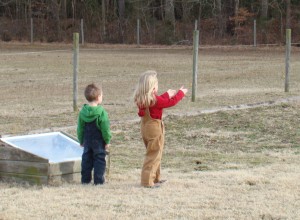 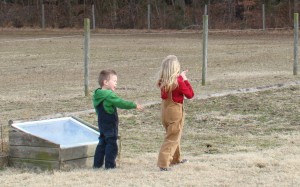 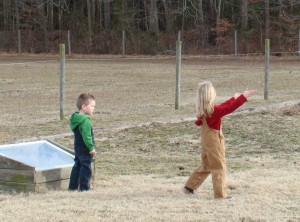 I think she has quite a dramatic flair to her work. 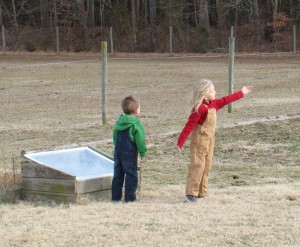 And all the while the rams were mowing down our backyard. 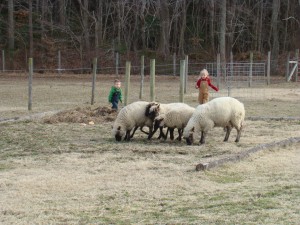 The rams are very flighty compared to the ewes. Very challenging to work with.

But eventually they got to work. 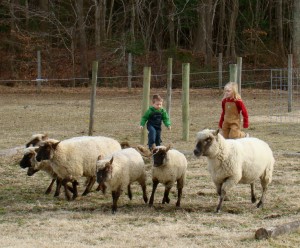 It doesn't take much to make them move...

Unfortunately it didn’t work out the first time. 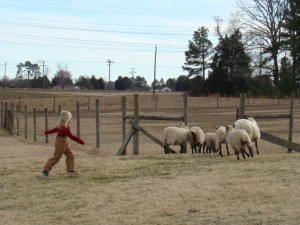 ...Directing them when they move is a little trickier.

Or the second time, really. 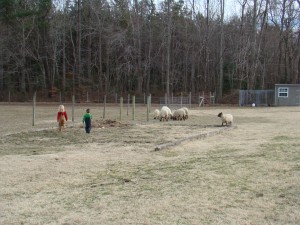 This is totally the wrong direction...again.

But they got it eventually. 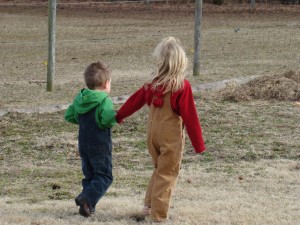 Now they're off to fill water buckets and collect the eggs.

So now we’re all just hanging out waiting.

Because any moment now, we could walk out to feed the sheep and be greeted by baby cries. Any moment now.