You know how some kids are strong-willed? How they are head-strong, independent, get angry or offended when they feel out of control, and can take charge of themselves just find, thank you?

I have one of those.

Ok, ok, let’s just be honest and get down to the hard-core truth… 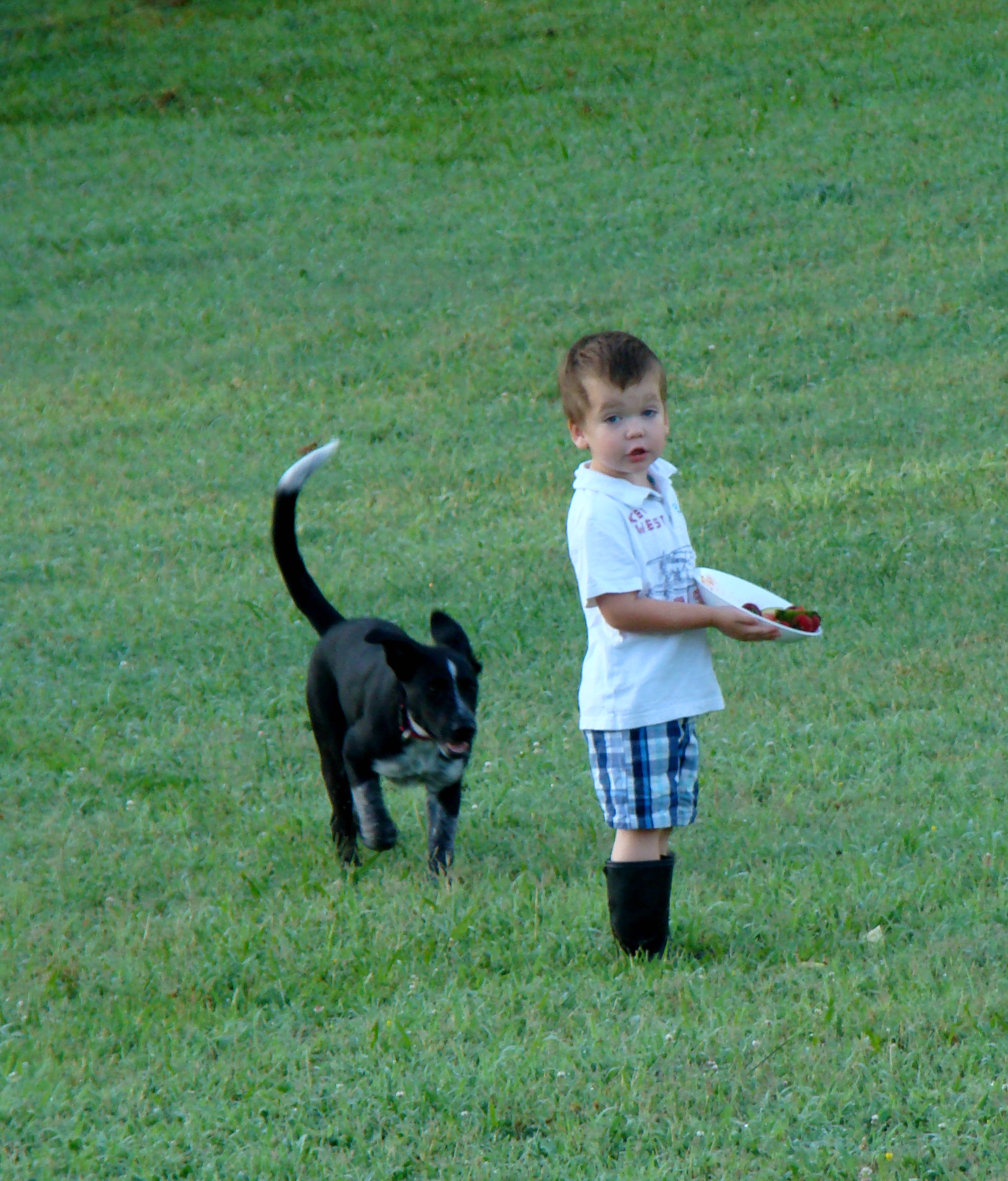 It's a bad idea to distract him. The ants love me for it, though.

I didn’t think that at first. My kids were really good babies. Good toddlers, too. The terrible twos? We didn’t have them. I thought that strong-willed meant constant temper-tantrums and throwing things and grocery-store blow ups. We didn’t have that. 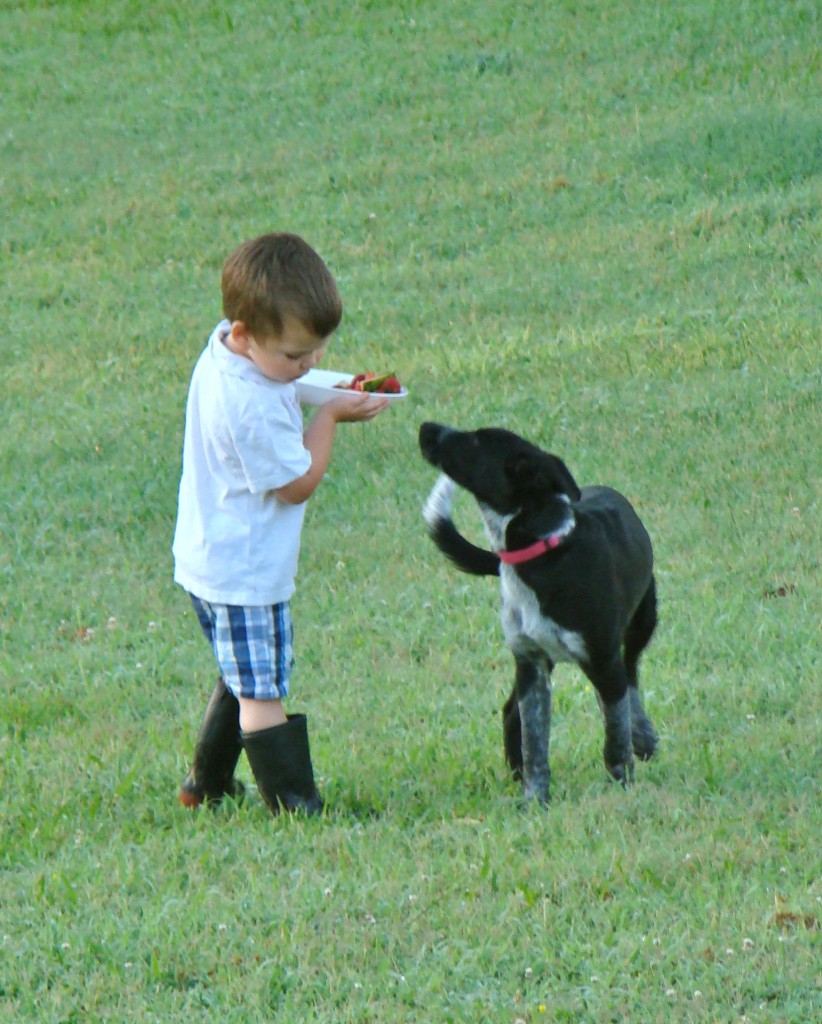 But around the age of 3 for each of them, we started seeing…something.

We called it stubbornness. I wasn’t as familiar with “strong-willed child” terminology then. And we’re well acquainted with the concept of stubbornness around here. (Aren’t we Mr. Fix-It?) Then our daycare provider commented to me one day that she didn’t know what I was going to do having three strong-willed children. Three. 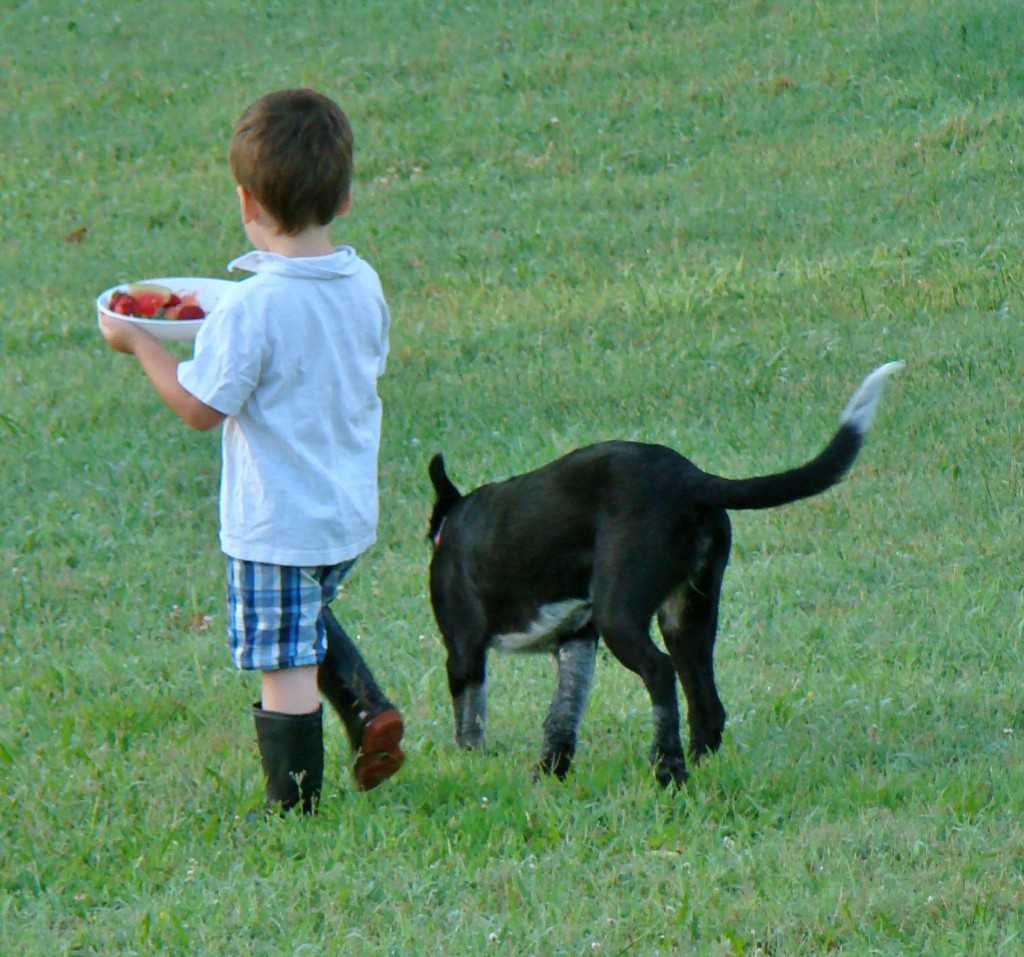 Speedracer still finds managing multiple tasks like Penny and chicken food a little more challenging than the other two do.

That gave me some food for thought. Our kids all act out their personalities differently, which is probably why it took me so long to see it. But they all are very, very stubborn when they feel they’re right or they’re being “bullied. ”

The Ladybug tends to just ignore you like she didn’t hear you. The Cowboy, on the other {exhausting} hand, tends to explode into a complete melt down if he feels his rights are being trampled on. 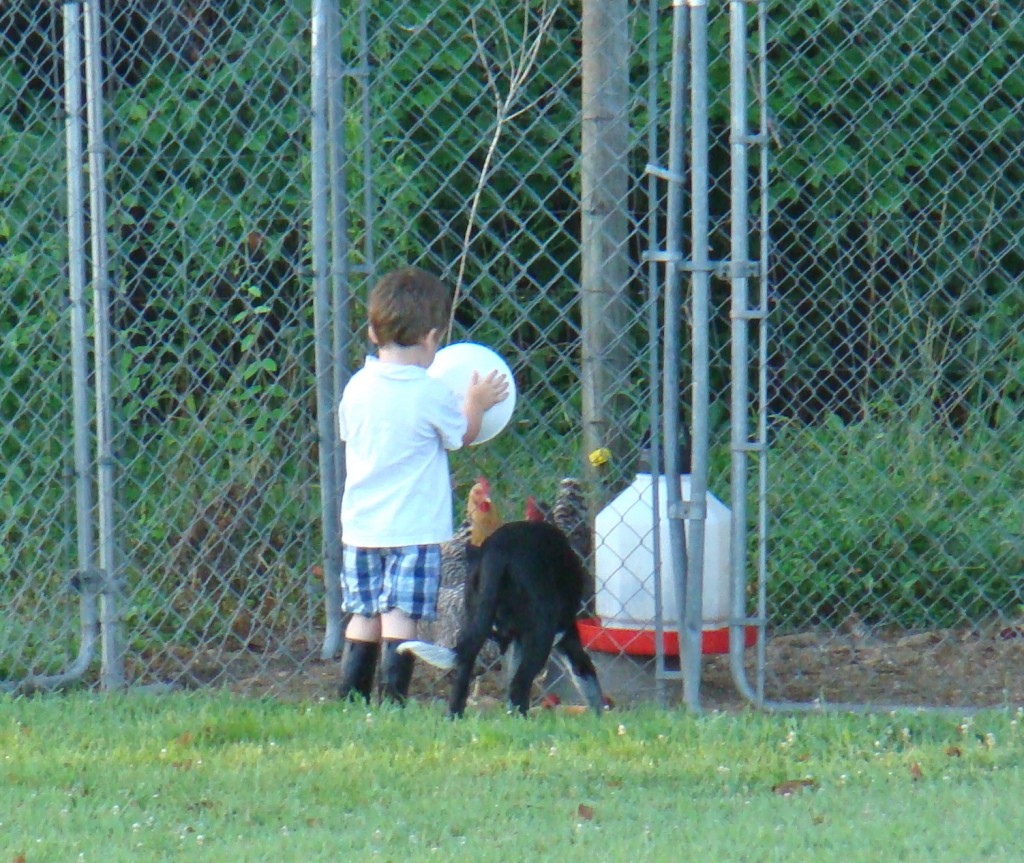 This is his first time doing chores all. by. himself!

And Speedracer? My baby? My easy-going, wide-eyed, chubby-cheeked, last one? When he gets angry he completely withdraws from you, sucking his fingers and refusing to communicate with you except to say “You a bad boy, Mommy! You a bad boy!” and the ever heart-rending “You hurt my feelin’s! You bein’ mean to me, Mommy!”

All kid do this, right?

Here’s the strong-willed part–my kids don’t give in.

They don’t give up.

They don’t get coaxed out of it, or sweet talked. They can’t be bribed. 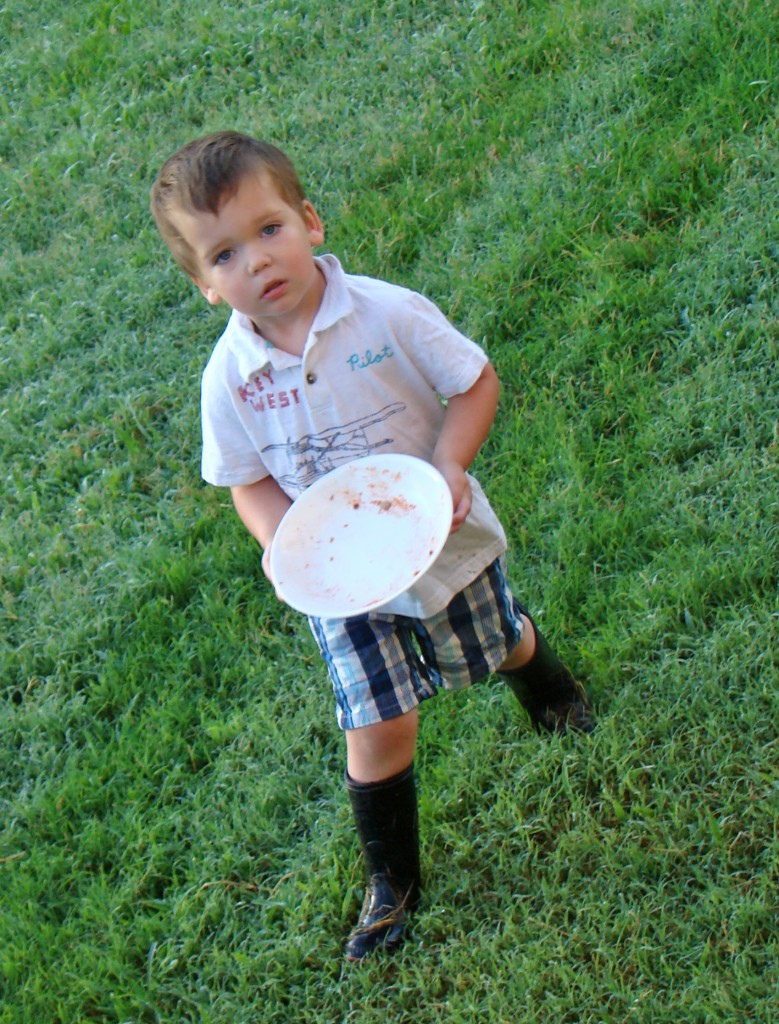 Today he told me to stop taking pictures of his face. I did, but I was surprised.

As a parent, you have to pick your battles, yes. And sometimes unfortunately the hill you have to die on seems rather lame.

And sometimes that can be an exhausting, uphill battle. 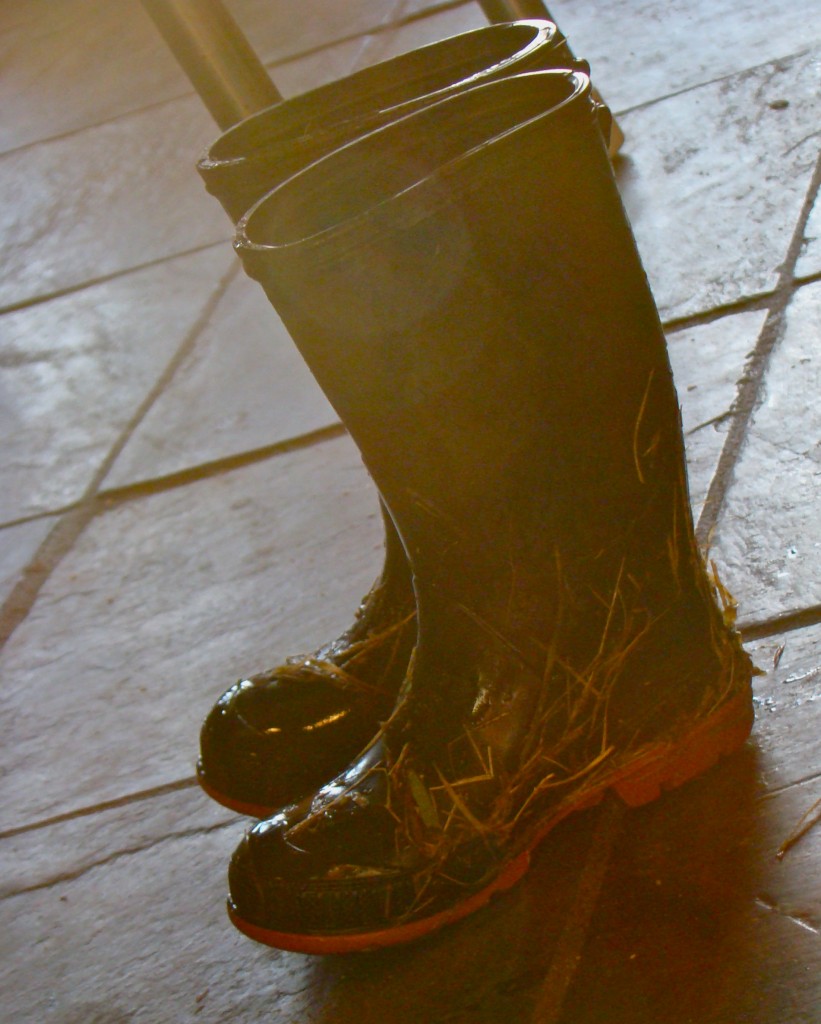 Sometimes it can break a parent’s heart into a million pieces as she sits on the stairs outside the bedroom crying right along with the tantrum-thrower.

And then sometimes, when the battle is drawing to a close…the screams have turned to sniffs and sobs…and you’re finally buckling the car seats…and a tear-streaked little face looks at you and say he’s sorry.

And you’ll say, “Honey, do you think God wants us to act like that? Does He like it when we disrespect and disobey our parents like that?”

And he’ll say quietly, “Momma, can you help me pray? I need God to clean my heart. He can do that if you ask Him.”

And you’ll think “Lord, what great, mighty things you must have planned for this strong-hearted child!”

“And let us not be weary in well doing: for in due season we shall reap, if we faint not.” (Galatians 6:9)