They say that kids should have at least 60 minutes of active play or exercise time each day to stay healthy. 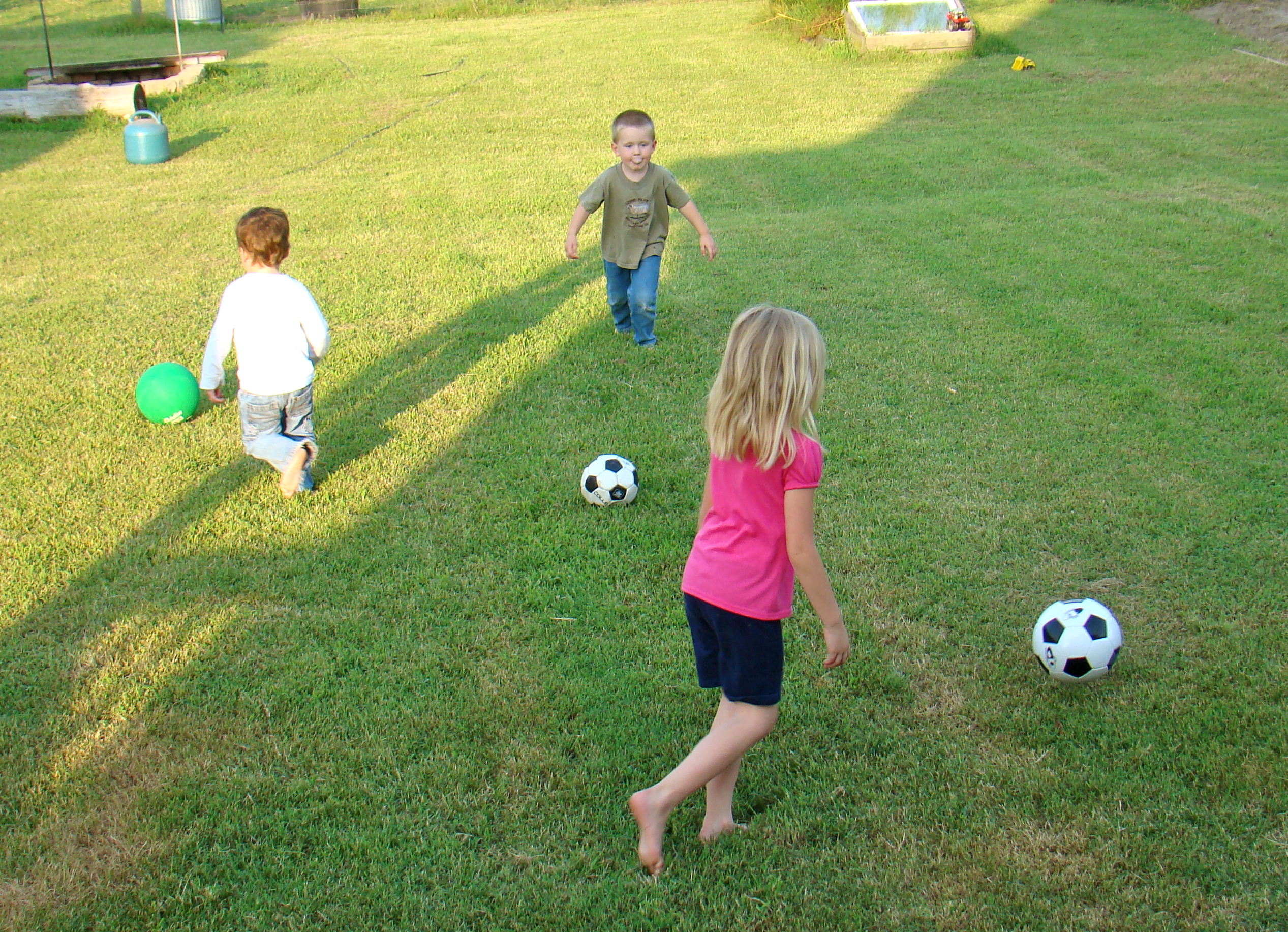 You’d be surprised how not cardio-intensive the chores around here can be.  Unless you’re playing sheepdog and moving animals, everything can move at a pretty calm pace. 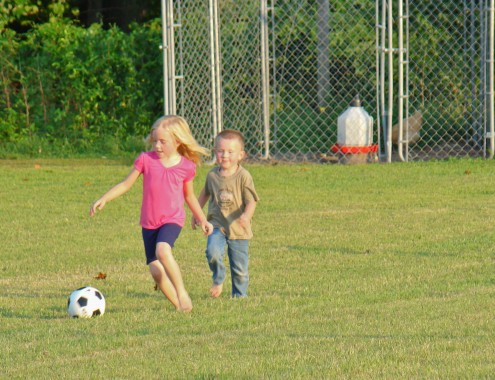 For the moment our backyard seems really, really big.

I won’t say you don’t work up a sweat, because it’s so hot out there that I sweat just standing there watching the water bucket fill up. But we’ve gotten pretty efficient too. 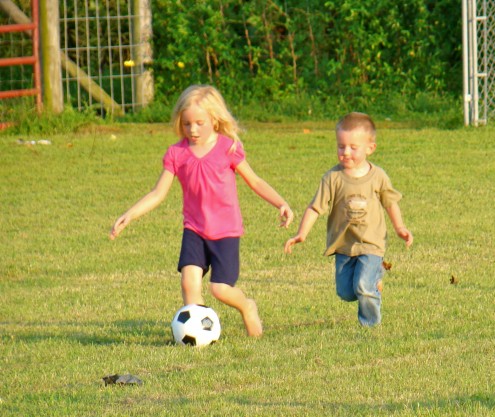 Even in the heat, the Cowboy insists on wearing jeans.

So I make them race each other to the chicken house and back.

Just to be sure they’re getting enough exercise.

They really don’t have to be encouraged to play. There’s something energizing about feeling the grass under your feet.

I mean, actually feeling it. As long as they’re allowed to go barefoot, they practically beg to go out and play in the evenings–even when it’s 94 degrees. 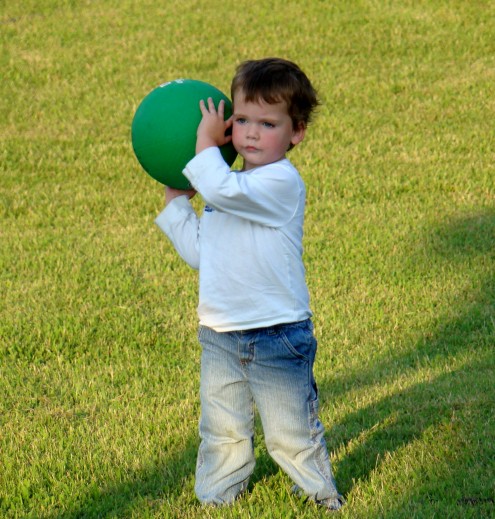 I don't think he's going to be a soccer player. He's more of a hands-on player.

And they really do race to the chicken house and back. 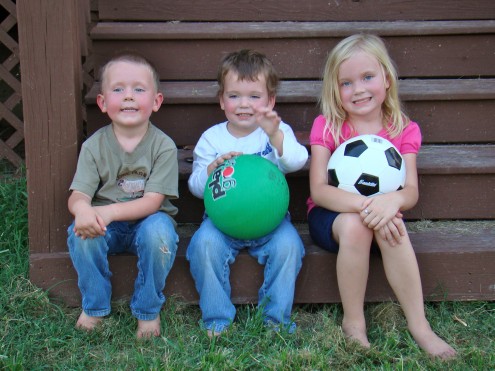 He races halfway and then comes back and begs for Captain America fruit snacks.

PINNERS WELCOME
Personal Use ONLY.
Other use of ANY text, images, or printable resources from this site require WRITTEN PERMISSION from blog owner.
↑