We took Penny with us while we were cutting wood this weekend. She ran around rolling in the grass, splashing in the mud, and running through the weeds. The Cowboy went with her for a while because he wanted to “have an adventure and find some reptiles or something.” 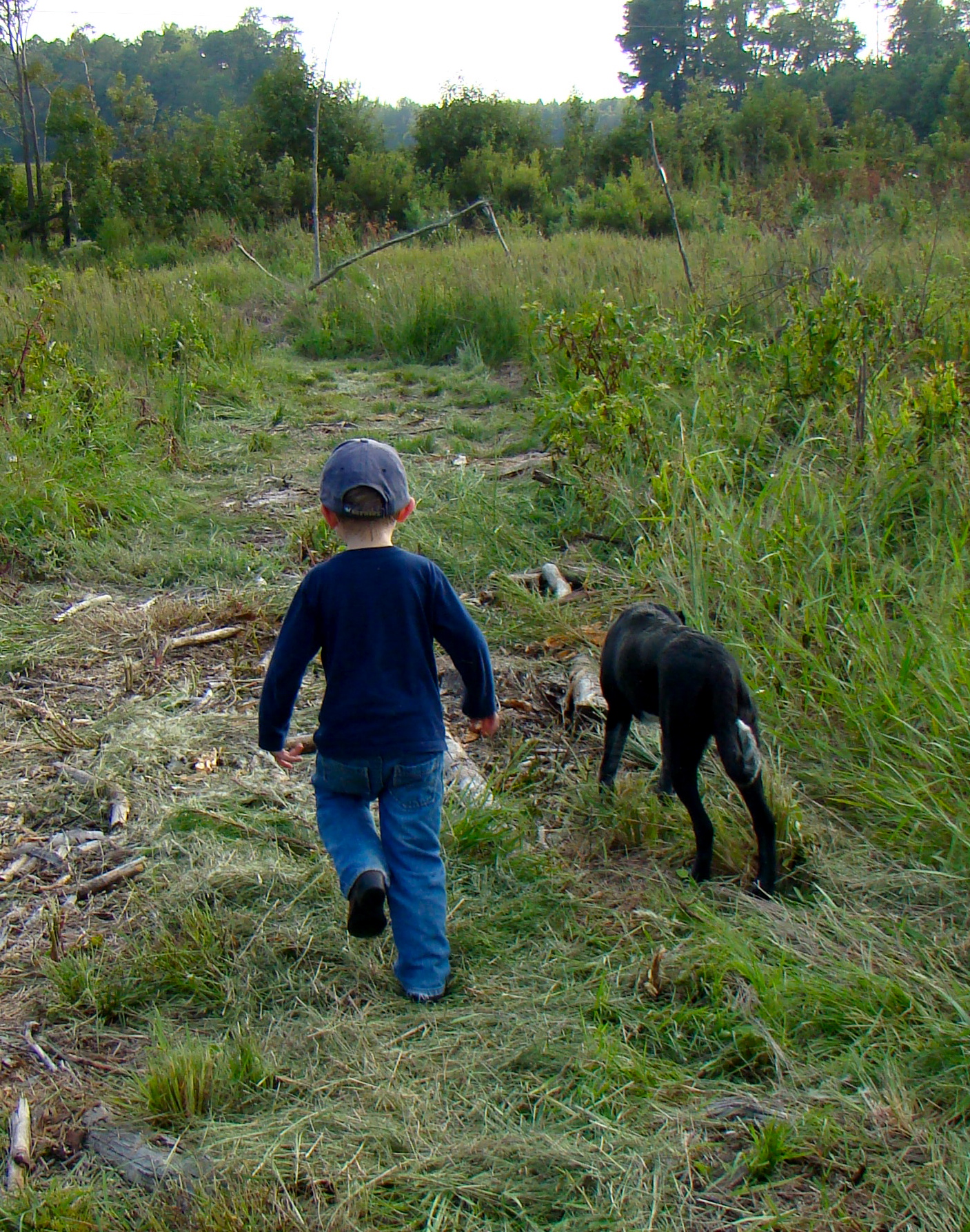 This is what too much Old Yeller will cause.

They were looking for “a frog or a snake or some-tin.” 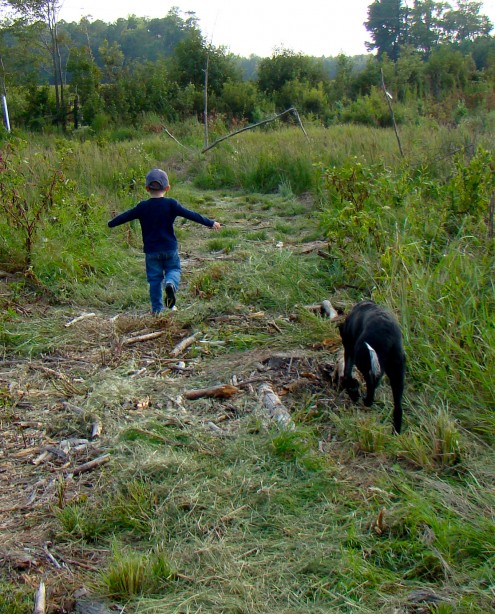 Together there is no fear. 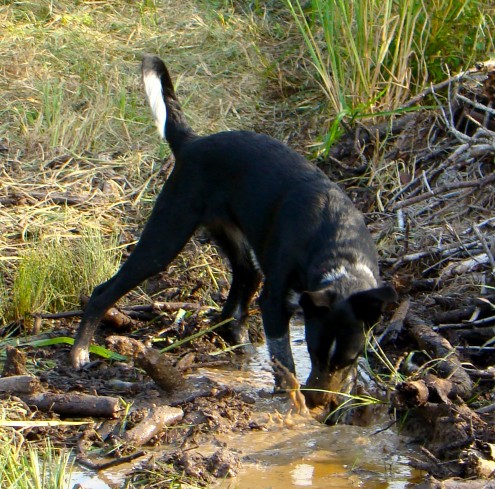 Penny likes to roll and snort and fling water rather than just drinking it. 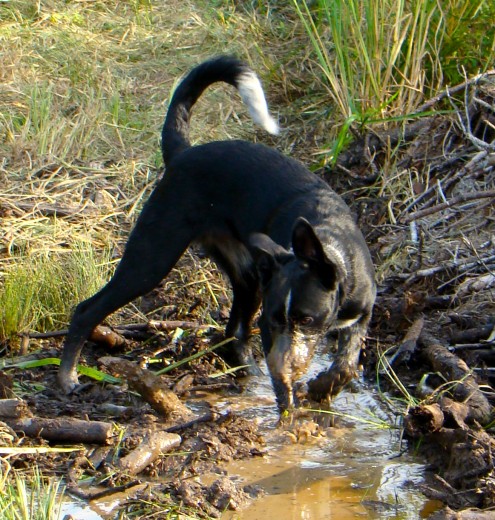 She does this in her water bowl in the kitchen too. It was cute for the first 5 minutes she lived with us. 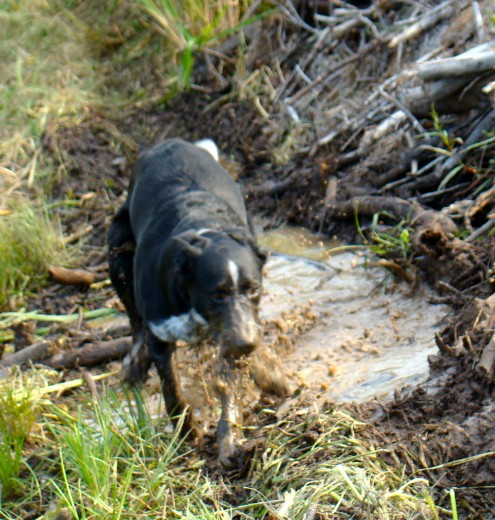 She didn't realize that this was going to mean a bath later. 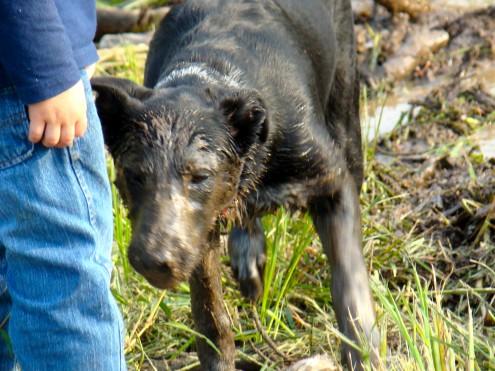 What do you say?

But I got some great shots out of it.

Every time he found a new stump the Cowboy would jump up and strike a pose for me. And there were lots of stumps out there! Dirt and boots and grins, he was in his element. 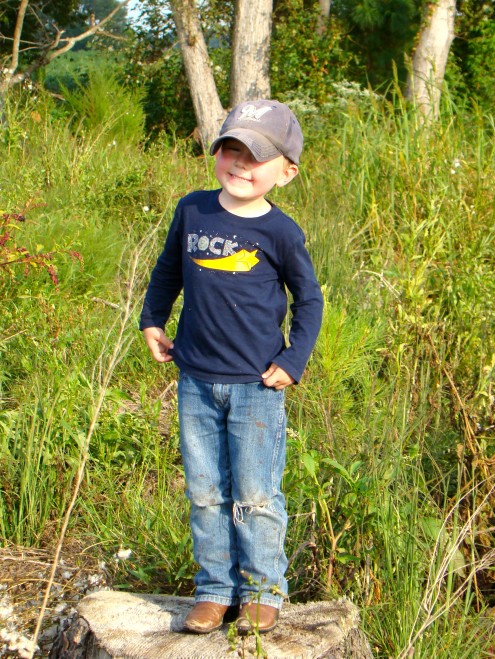 Gotta love a picture that captures who someone is, not just what they look like or what they're doing.

We were biding time while Mr. Fix-It and the other two dropped a truckload of firewood off and came back to get us (and another load). We use the GMC for the real “hard labor” around here and it’s only a regular cab–only 3 seats. Gets a little tricky with a 5 person family (6 if you count Penny!) but we make it work.

How do you make room for the family dog with the rest of the family in your vehicle? Especially when they’re covered in mud?!