I mentioned yesterday that we let our boys ride a mechanical bull at the Farm Show over the weekend.

Yep, both of them. 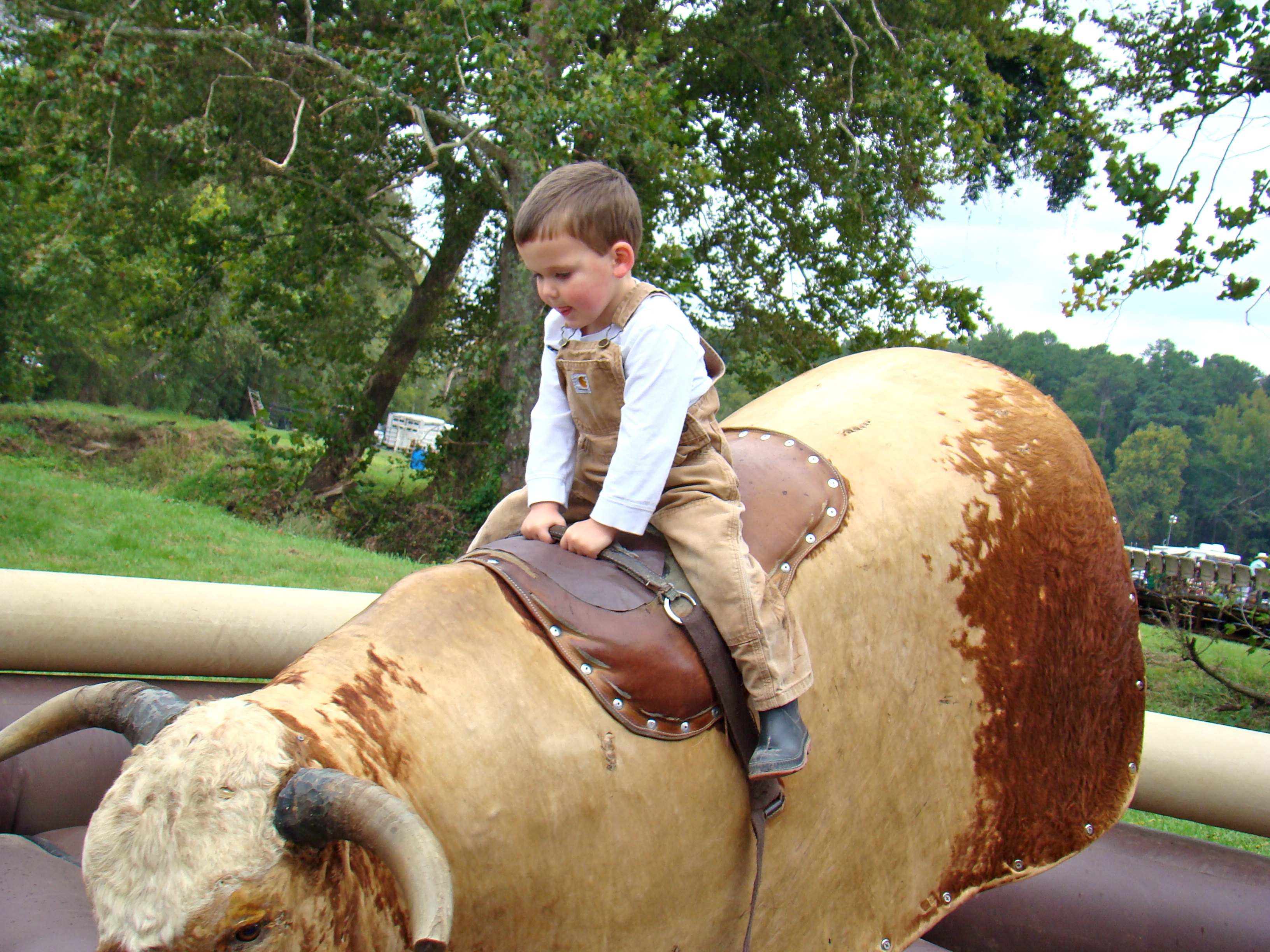 The guy that was managing it was super-nice. I didn’t realize that they were hand-controlled. He could make it go as fast or slow as he wanted and could turn it, etc., with buttons and knobs and stuff. I thought it was just a push-the-button-and-get-out-of-the-way sort of thing. 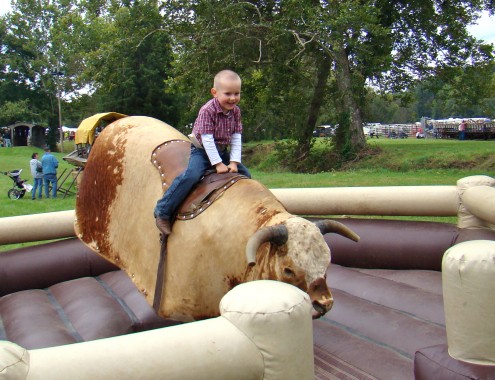 My Cowboy, of course, was fearless. He didn't hesitate a minute to run right in there and climb up.

He started them out super slow and when they got the hang up it bumped it up to just plain slow.  Neither one of them ever got to the point of actually raising one hand, but the Cowboy started to get the lean forward, lean back motion. 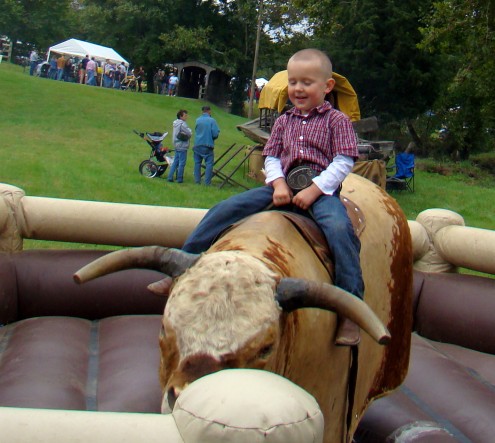 He loved it. He would have stood in line to go over and over again.

The Ladybug wasn’t having anything to do with it. She said no. Then she said she would if she could ride with someone (we do that a lot with our horse and new riders). And then she said no again. 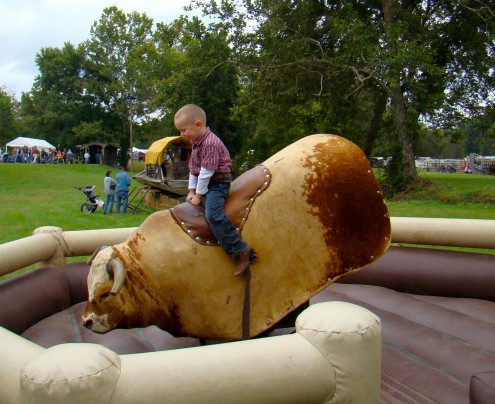 They certainly didn't do any worse than some of the adults that climbed up there!

I’m terrified of their teen years when so many young men add “reckless” to the list.

But perhaps that’s because we don’t give them enough positive outlets for all that fearless energy. 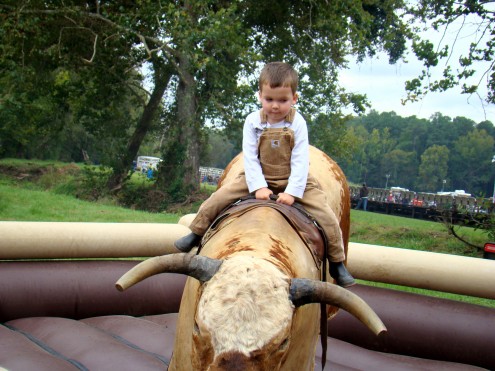 At least they didn't fall off. Although Speedracer probably wouldn't have even cried.

All I know is that these pictures probably would never have happened if their father wasn’t there to say it would be fine.  I wouldn’t have had the nerve to let them go.

And that would have been a mistake.