Well, the kids set off to visit Mimi and Papa’s on Sunday. (That’s Mr. Fix-It’s mom and step-father). 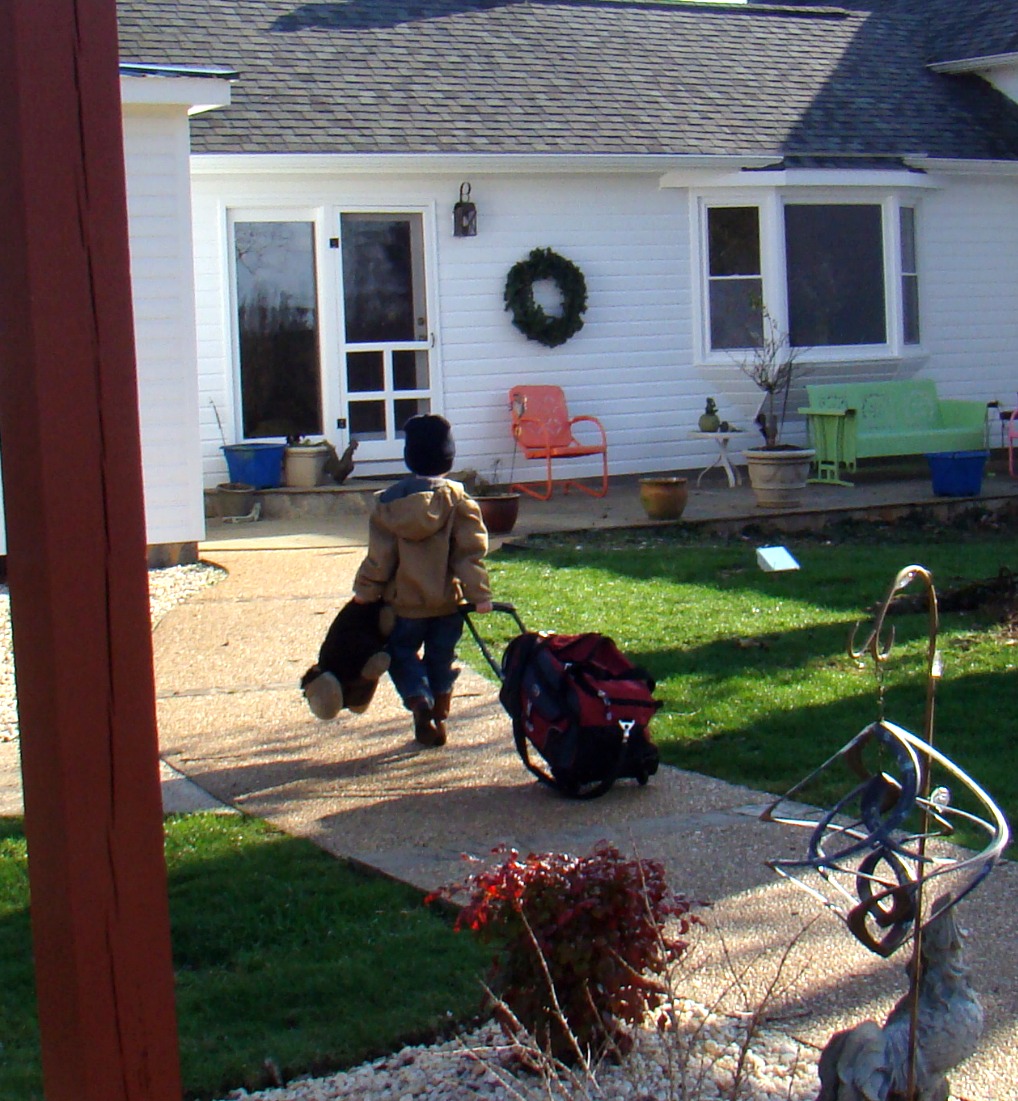 The Cowboy? He travels light. As long as he's got a pair of boots and jeans, he's ready to roll.

I’ve been suffering my normal mother-separation-anxiety woes along with a few hives and a headache–most from the fact that Mr. Fix-It refuses to call and check on them every 3-4 hours like I think he should.  But this time I’ve gotten a tad bit distracted by the fact that one of our vehicles isn’t working. 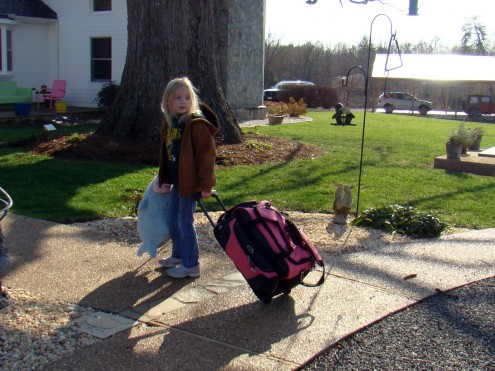 The Ladybug? Not so much. We managed to shove her American doll, Julia, and her Scentsy Buddy, Piggy, in the suitcase. But she had to leave Mr. Snuggles and Baby at home to have room for clothes.

Yep, the GMC is having…issues. Mr. Fix-It couldn’t get it started Monday morning. He worked on it and then we had it towed to our local mechanic, Tony, but we still don’t have an answer yet. So we’ve been doing the one-car-shuffle. I’m actually glad that the kiddos are off having fun with Mimi while we handle it. Adding their drop off/pick up to the mess would just be that much more ugh!

Mr. Fix-It dropped me off at work early this morning so he could drive Hemi to work and then he’ll pick me up late and we have Christmas shopping to do. (I finished everything but the Ladybug’s new bike on Black Friday with my sister, but a new bike is something we want to pick out together!) 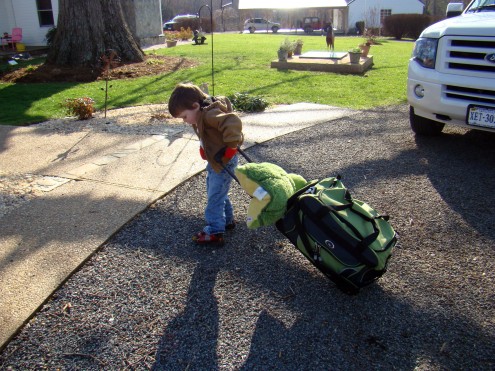 And Speedracer? He's got enough socks and underwear for a month in there!

But you know, there’s something fun about having to ride everywhere together. It’s like one of those just-married, have-no-money-but-your-still-happy, living-on-love, kind of feelings. (At least I think so. I’m not sure Mr. Fix-It finds it quite so sentimentally appealing.) There were lots of times when we were growing up that we only had one car and had to make do with this sort of system.

I remember getting up early in the morning in the summer to take my Dad to work…Mom would wrap us both in a sheet, still in our jammies, to keep off the morning chill, and we would all pile in and ride him to work…I think that was when he worked for the concrete company, but I’m not completely sure. But I still have that sheet…it was white with tiny blue flowers on it… 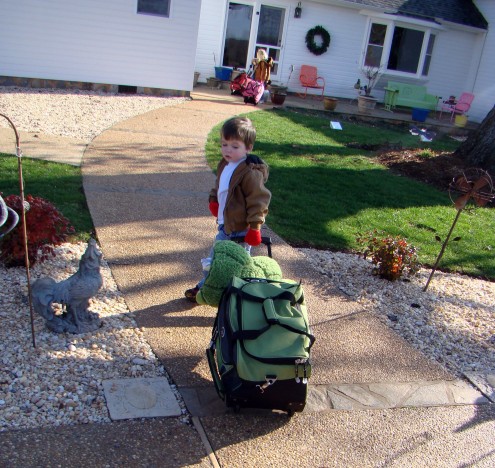 And he doesn't travel without his "Speedy the Turtle" pillow pet

I have a long list of plans that I would like to get done between now and Friday when I go pick them up. Things to make this Christmas wonderful, beautiful, magical, the way it was when I was growing up…but I don’t think even half of them are going to get done.

I’m ok with that.

Christmas is a week away.

Christmas isn’t about cookies or present or lights and decorations, or magic and Santa Claus.

Christmas is about LOVE.

LOVE and FAITH. And come this weekend we’ll have a house full of both. Full to overflowing.

And that will be enough.