Our weekend started off a little rough.

The Ladybug woke up on Friday with a headache. I had a bad feeling, but we sent her off.

Ha! Should’ve trusted my gut. They called me by 11 that she was in the office crying with a headache and now a fever. Motrin and Tylenol didn’t seem to touch it and it shot up to almost 104 by Friday night. She started throwing up by about 12:30 Saturday morning. It was a long night. Mr. Fix-It took over when the boys woke up at about 6 am. When I “woke up” at 9 am on Saturday, I was so exhausted I had to ask Mr. Fix-It what day it was.

She’s on the mend, although we’re home again today and this normal two day weekend seemed really long for all the wrong reasons. 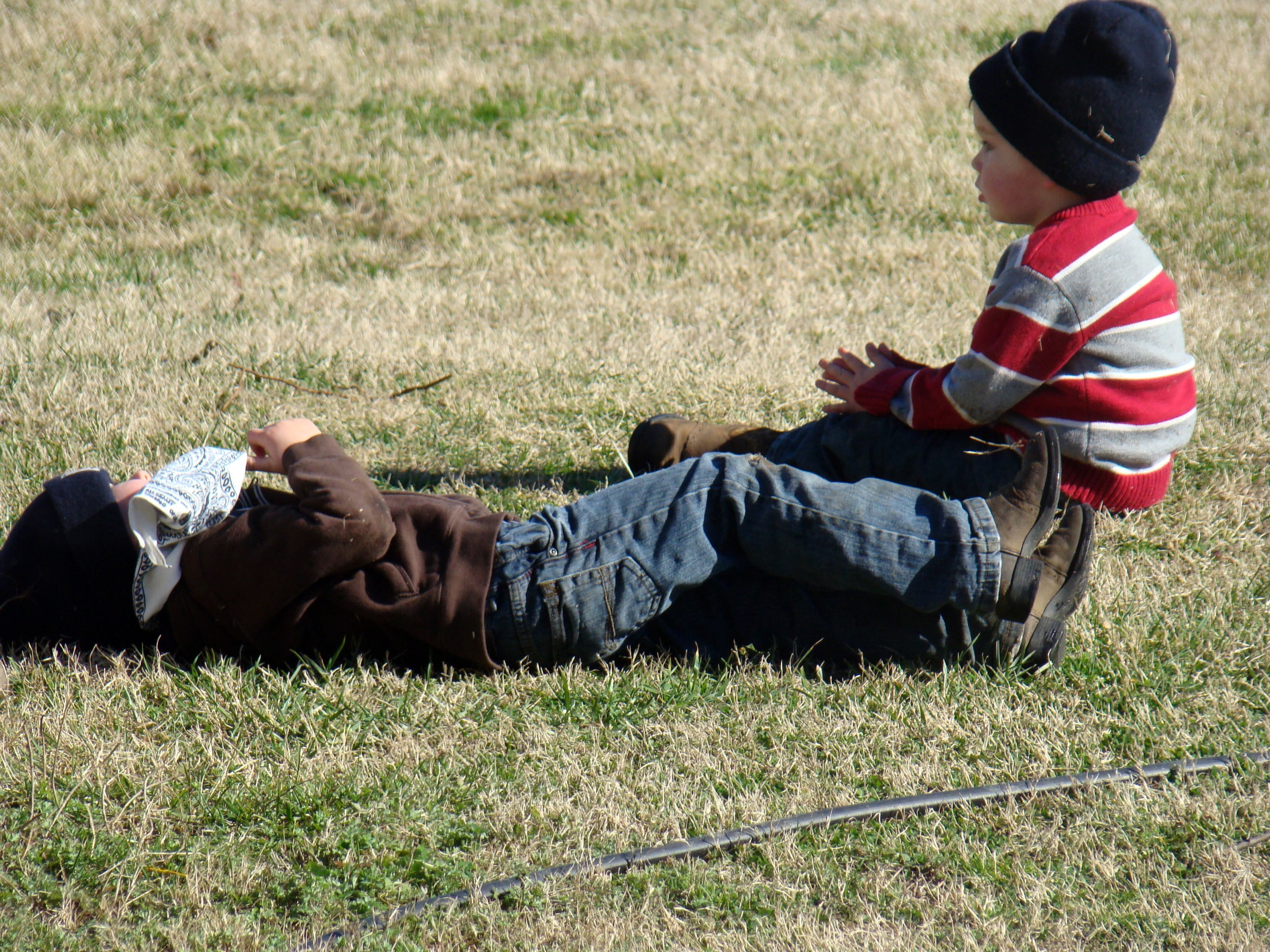 The boys had a good weekend, I think.

But we had some good moments too. 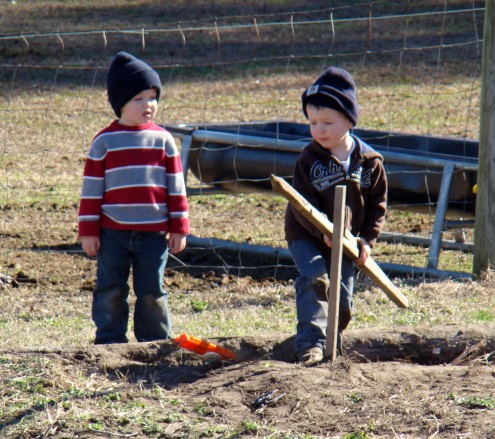 The Cowboy's picked up a cough somewhere, but it only seems to bother him at night.

The rain cleared up on Friday so the boys went out to play together Saturday morning. They headed straight for the mud pit (A.K.A., our garden) in the backyard. They spent about 3 hours rolling around in the dirt and trying to construct their own tripod machine guns out of our pepper stakes and tomato cages.

I blame it on watching too much Sons of Guns with their father. 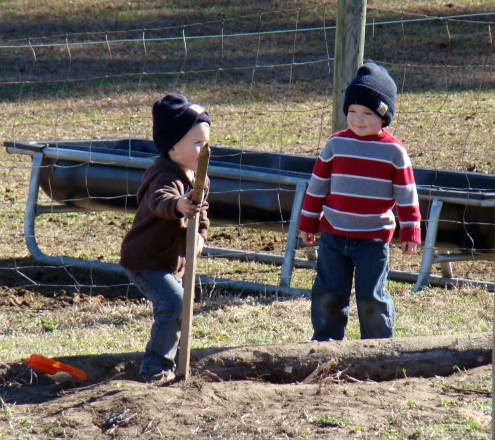 They were disappointed that i insisted on winter hats instead of Secret Agent hats, but it is January.

Saturday night I got a good solid 5 hours of sleep, so Sunday afternoon I started tackling some more of our Playroom project while the Ladybug was sleeping. Mr. Fix-It took the boys out to the garage for a while and I had the radio on quietly and was just buzzing along rearranging the bookshelves when I happened to glance outside and see…

Turns out it wasn’t bad news at all! 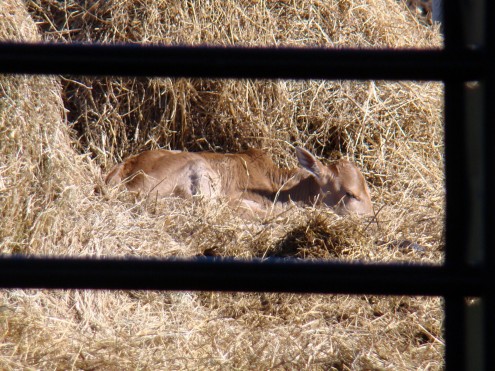 Is that what I think it is?

I had started counting heads immediately, dripping wash rag still in my hand. But we didn’t have anyone missing. Then I thought I spotted something by the hay bales and ran downstairs for the “bee-loc-u-lars.” (Which, looking back, was a waste of time because I was standing right next to the kids Secret Agent gear with 3 pairs right at my fingertips.)

Gray Abbey had a surprise for us. 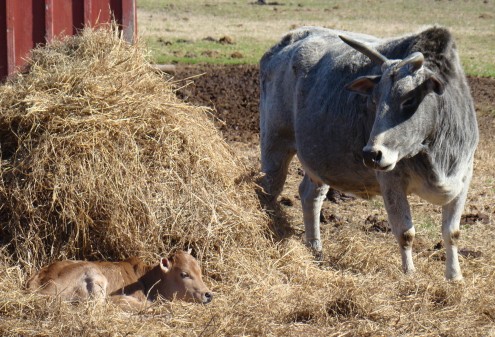 That haystack was perfect for a newborn. Warm, snug, and hidden.

You may remember that she lost her last calf, almost a year ago to this week. (Cows are pregnant for 9 months.) When I spotted this little guy he was already cleaned and dried off and settled 1/2 way across the field from the spot he was born in, so he was probably several hours old. He looks to be a good size and pretty hardy so far. 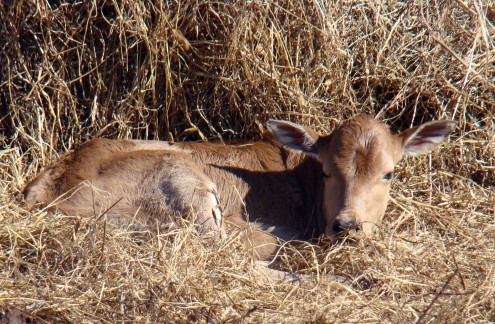 He looks more like a deer than a cow!

We’ve only actually seen him nurse once though. I’ll feel better when we see him getting up and down and frisking around a bit between meals. That should come by later today or tomorrow at the very latest. Even baby cows and sheep seem to spend most of their hours and days just eating and sleeping.

Gray Abbey is pretty old, so we’re definitely concerned. But so far she’s doing everything a good Momma cow should be doing so we’re just leaving them be. One of my favorite quotes from Joel Salatin is that “God gave a cow everything she needs to know to be a cow.”