Cows are herd animals. And ours are a family herd as well, so they are tight. Very tight.

So you know something’s up when you see one off laying all by her lonesome. 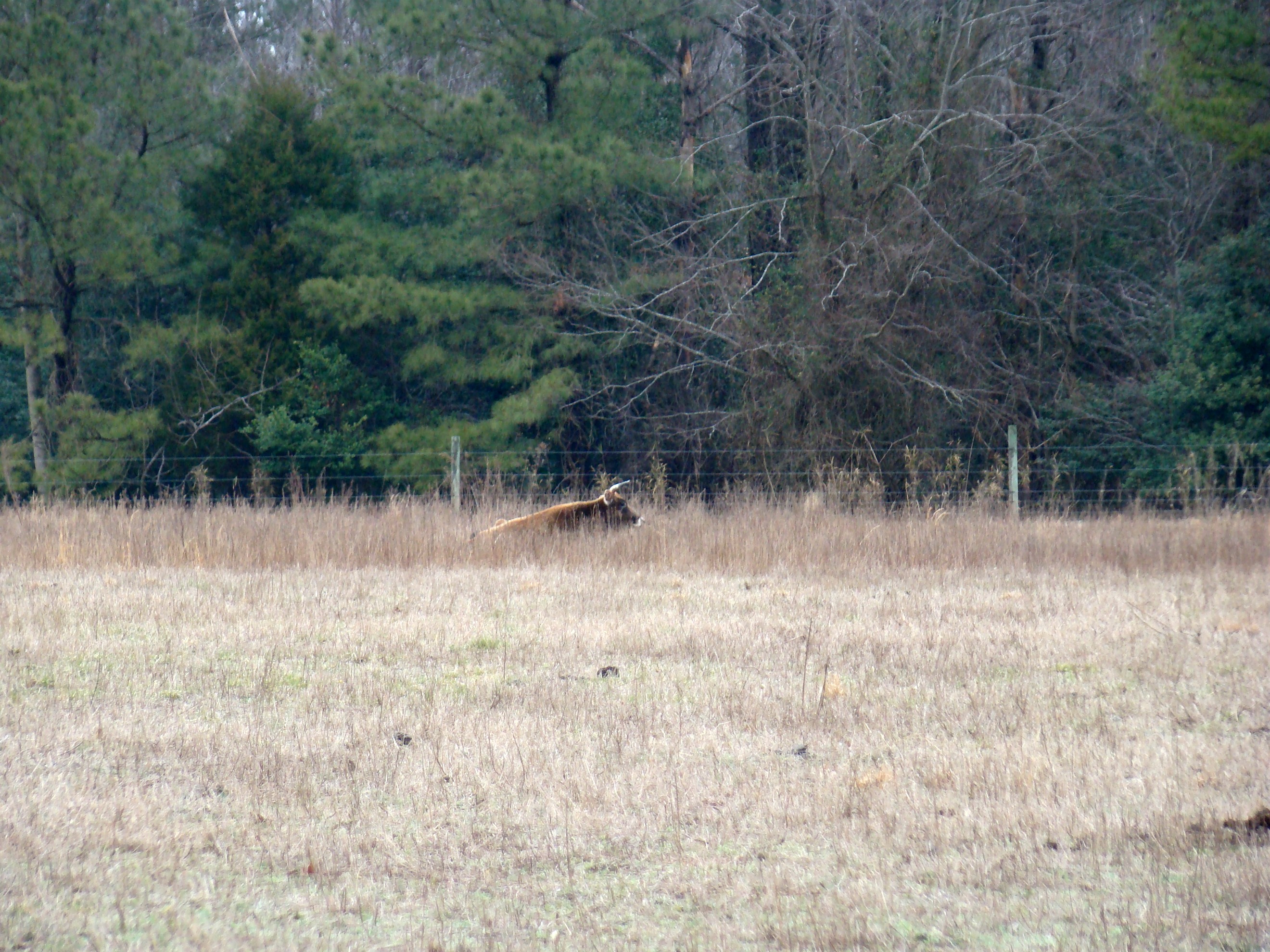 She almost blends in like a lion in the grass!

We had just shuffled everyone around and the cows were off in our big back field when we saw Molly off by herself in the far corner while everyone else was up front eating hay. So we headed out there.

Of course she was back in the weeds, and she had a big surprise for us. 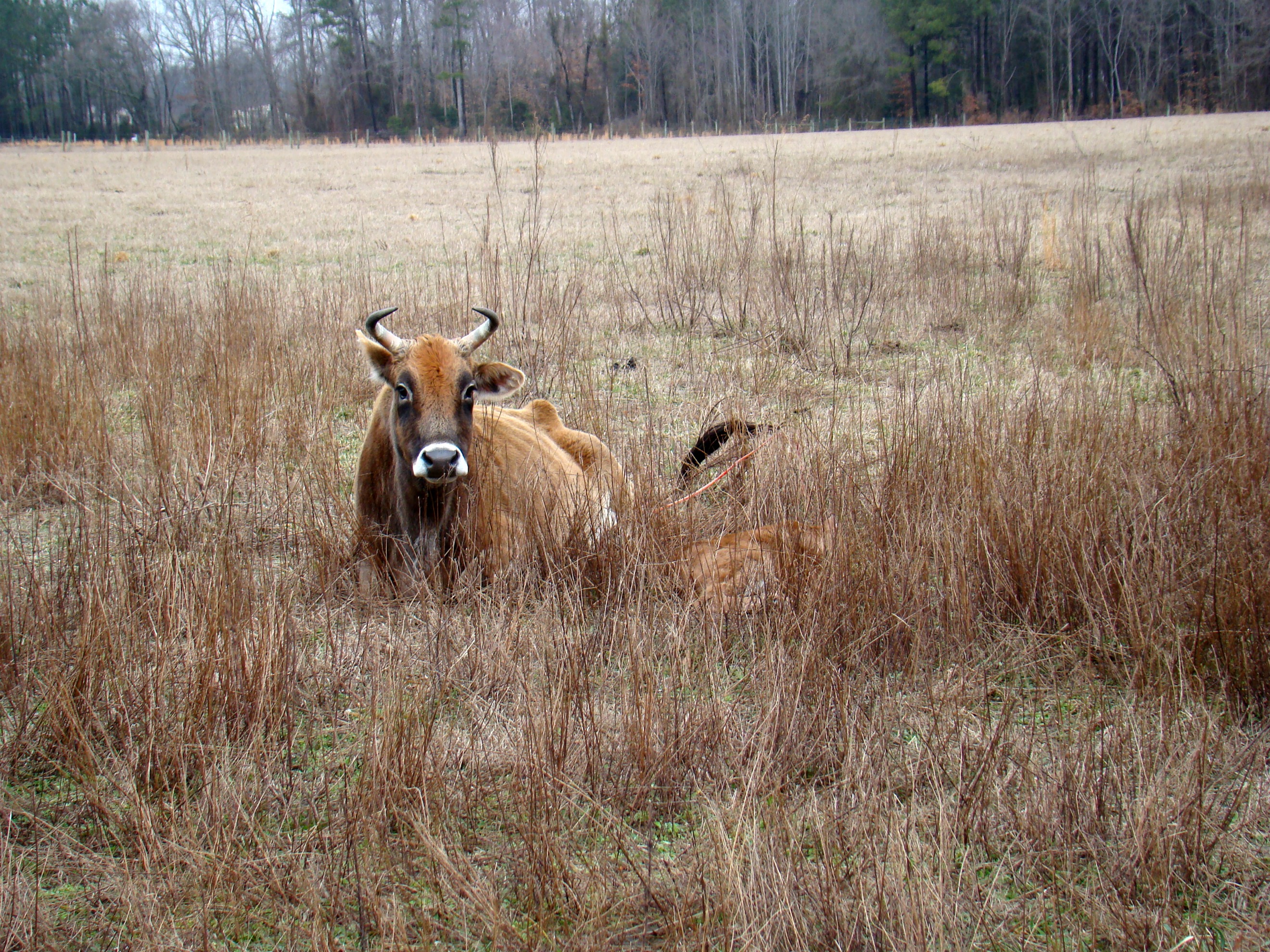 I spy something brown...

It was a big calf. This little guy is quite sturdy. He’s almost as big as our 8 month Zebu heifer calf. He’s a Zebu/Jersey cross. 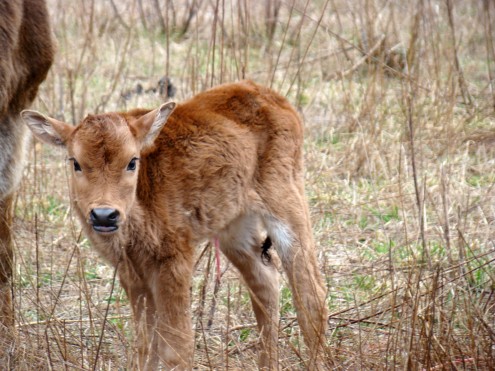 She already had him dried off and up nursing before we even got out there.

She delivered and is mothering just find all by herself. Didn’t need us at all. (And that’s quite a blessing!) You may remember her last calf–or maybe not. He looked just like this one, but he’s all grown up now. 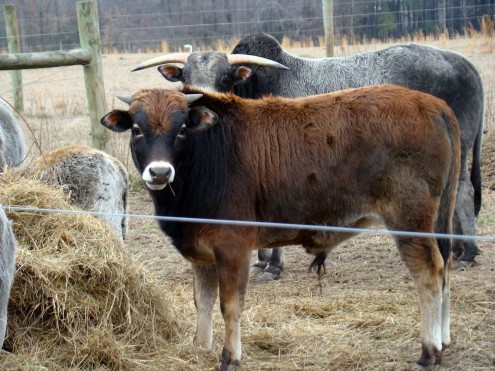 He's 14 months old now. We haven't named him because he'll be "going up the road" later this Spring.

I think the new little guy is bigger than her red calf was. We didn’t weigh him because she’ll only tolerate so much fussing around with her baby before she starts snorting at you and I didn’t think to bring the scale, since we didn’t know what was wrong at first. 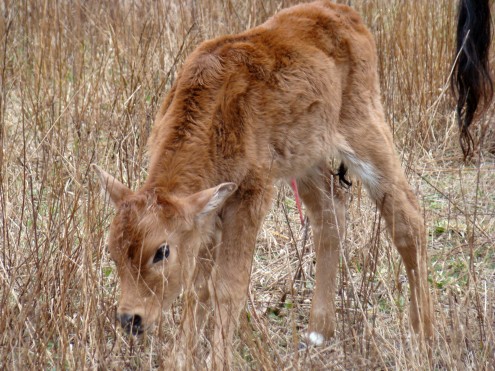 He's even got a good, furry coat for being born in February!

I thought she was getting close to her time, but she normally has a larger udder than our other cows anyway so it can be hard to judge. But we knew it would be soon because the baby had dropped and she had the hollow back at her hip joint. We’ll be moving them back up to the house field this weekend where I can keep a better eye on both little ones and their mommas. They just disappear in that tall grass! 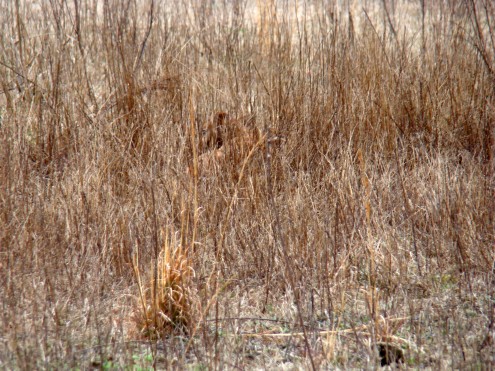 Settling back down for a nap.

We’ll be off adventuring this weekend at a farm equipment event out of town. But the kiddos are staying home this time. I can’t believe we’ll be off for an adults only weekend…I’m sure I’ll have more to share next week!

Do you have big plans for the weekend?