We had to shuffle animals around again last night. We sold two of our cows and we had to separate them from the herd and get them ready for loading up on Saturday. We’ve wanted to sell them (and I’m glad we found a farm home for them instead of the auction!) but it’s a little hard to let them go.

They’re older and they were our first cows and they’ve been really good animals to us. They’re the first animals the Ladybug ever named–Red Abbey and Grey Abbey. She was so articulate as a 2-year-old! {grin} Never sick. Never needed help calving. Never caused any trouble (unlike Red Abbey’s son, Red Bull!). We’ve had them longer than we’ve had the boys! 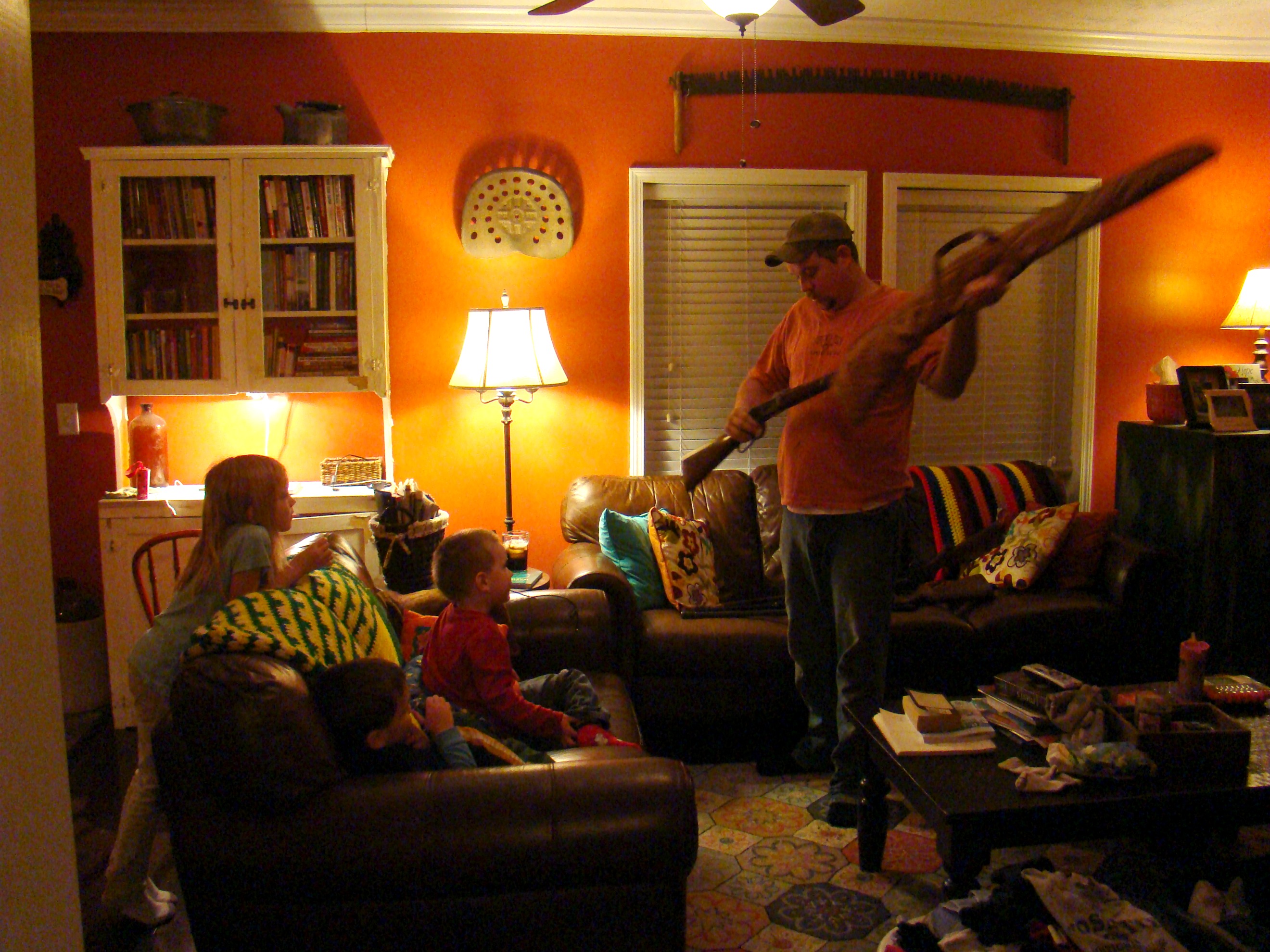 Any time Mr. Fix-It has any of our guns out for cleaning or something, the kids are very curious.

But all things change. We’ve enjoyed it, but we’re moving out of a cow-calf type operation and thinking about stocker calves to lighten the load around here. (If you know anyone in the market, we’ve got some beautiful Zebu bulls for sale!) 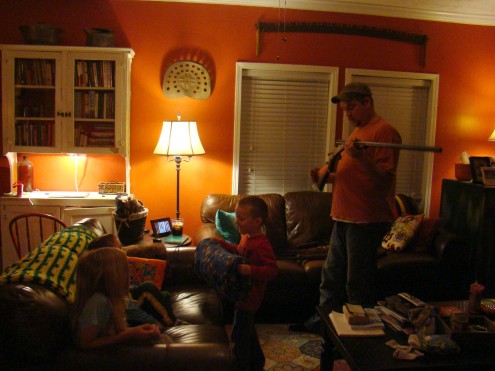 To blunt off their curiosity, he always takes a few minutes to go over gun handling safety with them. We don't want them to be something "forbidden."

Thankfully it was dry for a few days so when we moved everyone last night it was only “muddy” not 4 inch deep muck to work with. And it went pretty smoothly, all things said. Our cows are a family group and they are a very tight-knit group too. It can be hard to separate them and if anyone ends up completely alone, they tend to start going a little “crazy” and thinking about jumping fences and stuff. (Or, in Molly’s case,jumping fences!)

So you’ve got to slowly sort them into smaller and smaller groups and eventually isolate the ones you want, while making sure everyone stays calm and no one starts galloping around bawling in terror or trying to crash through the fences. 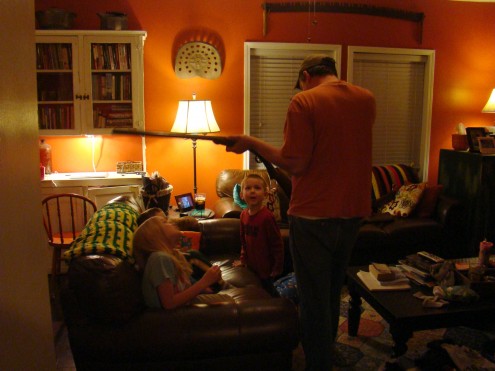 We don't want guns to be "unknown" or an "adventure." We don't want accidents and we don't want the curiosity that killed the cat. We simply want them to be a tool.

Sounds harder than it is. We just used a feed bucket and a shed with two gates. It only took about 2 hours to get everyone shuffled around.

The biggest thing is that once they realize their separated, you’ve got to keep them far enough apart that they don’t start thinking about rejoining the group. (Or you’re back to galloping around and crashing through fences.) You can’t just move them into the field next door.

Plus we’ve got sheep in multiple fields right now. 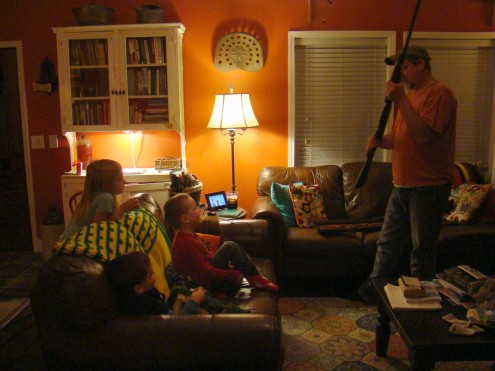 So we just sort of rotated the sheep and the cows we’re selling in a big counter-clockwise circle from the back field, to the yard, to the top field, to the nursery pen back to the shed.

Meanwhile, we moved the cows we’re keeping in a big clockwise circle from the back field, to the nursery pen, to the alley, to the far back field. Eventually the two cow groups ended up at far ends of the farm from each other. 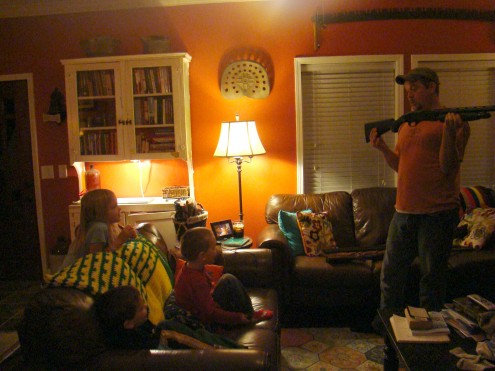 Then we fed everyone to distract them from all the moving around and went in to eat our own dinner.

But I don’t have pictures because it’s kinda the sort of thing that takes all your attention.

If you come out to visit the farm one day, you’ll probably get to help though–on a grass-based farm, we’re always moving someone!

Anyway, it’s raining again this morning. I’m so glad God held it off until we were done!

Do you have big plans for the weekend? After loading cows on Saturday, it looks like we’ll be inside most of the weekend!