Back at the beginning of the year, I decided that this was going to be a year of intentional prayer for me–partly because I have never been really intentional about my prayer life. I wouldn’t even say I had a “prayer life.” It hurts to realize how shallow I was about it, but it’s true.

I’ve always prayed. Oh, I prayed desperately some times. But more often I was talking, not listening. I was asking, not offering. More often I was needing, not thanking. I subscribed to the theory that 5 seconds of “talking to God” was better than never talking to Him at all. 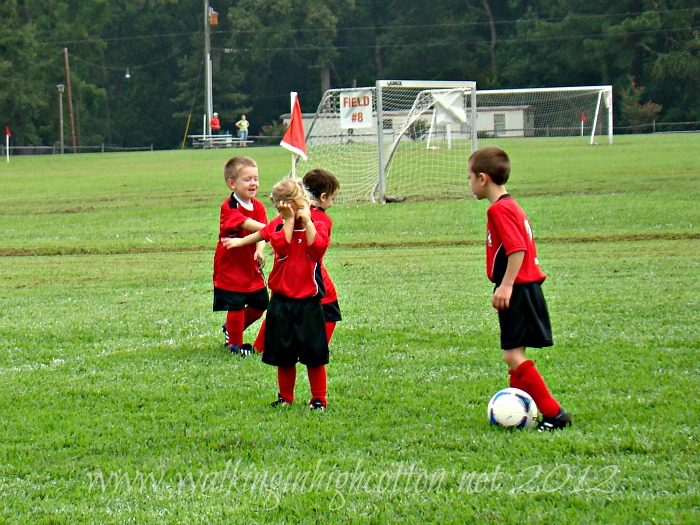 The kiddos had their first soccer games this past Saturday. That would be my boys over there–you know, the ones pushing and shoving and punching each other.

Well, I guess everyone has to start somewhere, so that’s probably true.

“But grow in grace, and in the knowledge of our Lord and Saviour Jesus Christ. To him be glory both now and for ever. Amen.” (2 Peter 3:18) 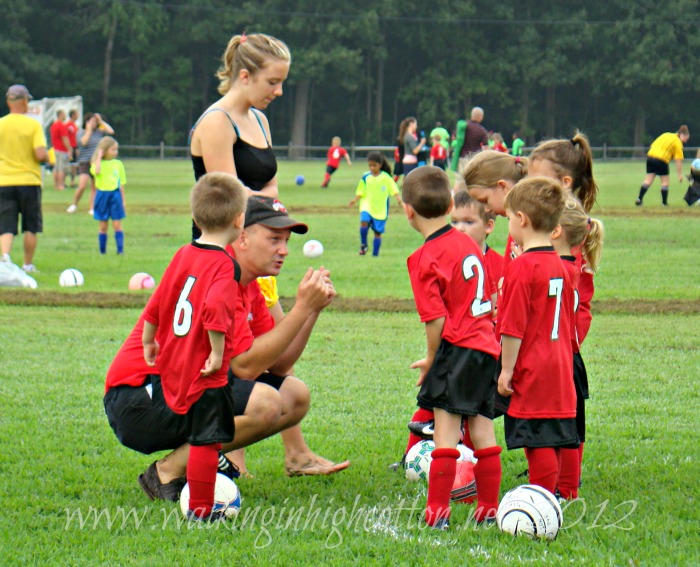 The Cowboy is #6 and Speedracer is #4. I haven’t decided how hard I want to battle them over tucking those shirts in, yet.

Here’s a few things I’ve had to learn over the last 9-10 months about prayer. I few things about my journey…

As I’ve learned to take the time to stop and listen, here’s some of the things I’ve heard that I wasn’t expecting…You don’t have to do this…You don’t have to fix this…This is not the best way…There’s another option…Remember what the Word says…You are wrong…Be still and wait. 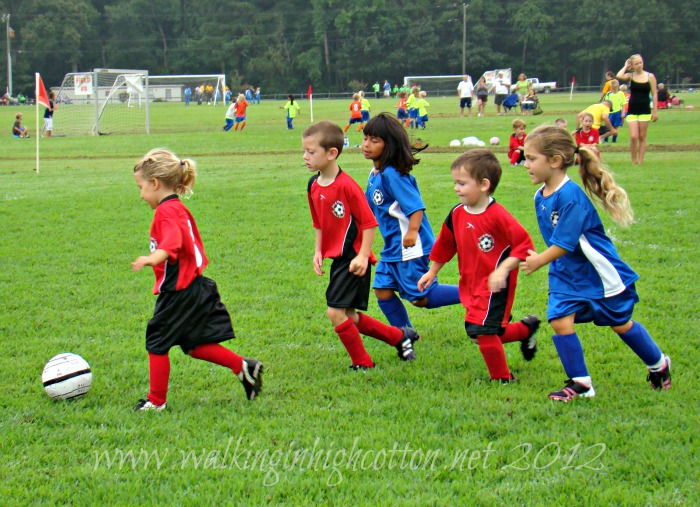 Speedracer (far right in red) gets in there pretty well, but he gets tired fast. We’re working on his endurance.

“Be careful for nothing; but in every thing by prayer and supplication with thanksgiving let your requests be made known unto God. And the peace of God, which passeth all understanding, shall keep your hearts and minds through Christ Jesus.” (Phillipians 4:6-7) 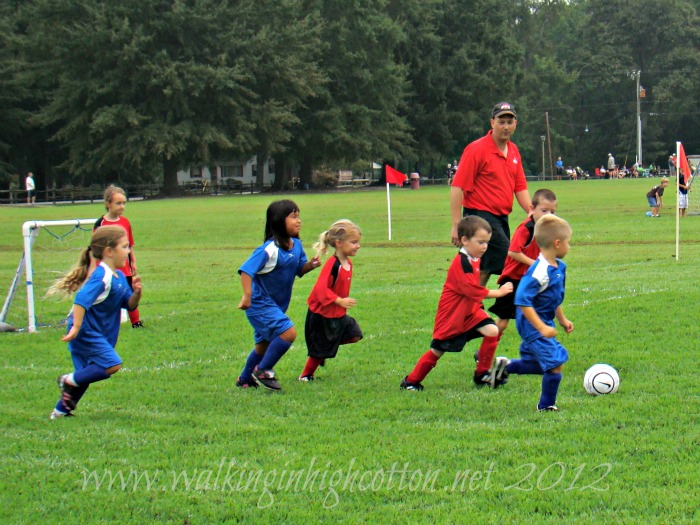 Our poor camera is starting to have a hard time keeping up. At least the weather’s been beau-ti-ful and the lighting is good!

Have you ever prayed bad prayers? You know what I’m talking about–those “change him” prayers. Those “just let me have” prayers. Those “fix this mess for me” prayers. So often before now that’s all the further I would get. But as I’ve learned to pray longer and listen more, I find that my heart changes as I keep going. I start to see that I’m being selfish. I’m not being compassionate. I’m not doing everything I can to shine the light of Christ.

Funny how that happens when you let God do His work, instead of trying to convince Him to do your work! 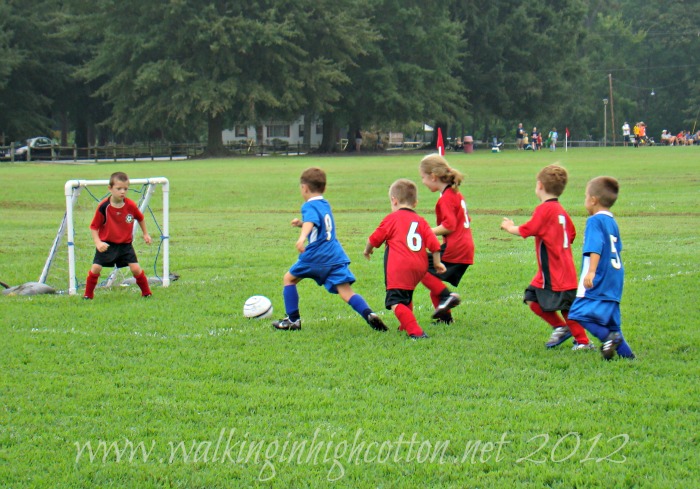 Some of the kids on the other team were pretty darn good, too!

And that’s where I’m trying to get to. How would you describe your prayer life?