When the Cowboy and I headed out to his dr. appointment last Friday morning, I told him that I thought we were going to have a calf soon. Annabelle was showing all the signs of being close to labor (I’d even mentioned that I thought she was getting close last week on the blog.)

And apparently she was even closer than we thought–we came back a few hours later and the baby was here! 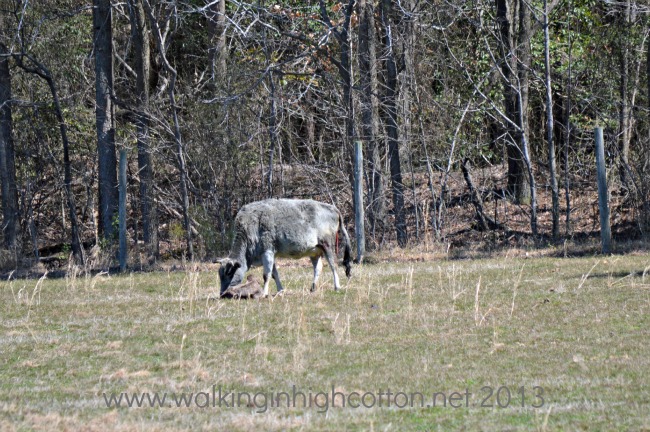 This is Annabelle’s second calf. Her first calf is our teeny-tiny Beth that is barely bigger than this calf. 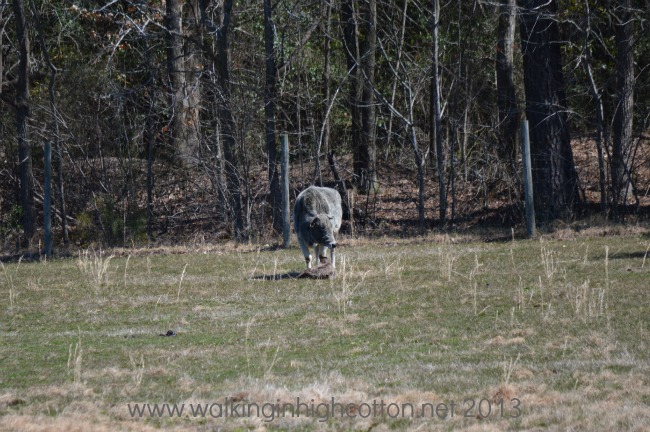 These are brand new, newborn pictures. The little one had only been up on its feet once. It’s hard to tell how big this one will get, but it’s definitely bigger than Beth was when she was born. Our Zebu cow are smaller than standard beef cows anyway, so all our calves are small.

Annabelle had a hard labor. It took her several hours to completely pass the afterbirth and she was clearly in discomfort until that happened. That’s something that can normally take up to an hour, but usually at lot less.

It’s gross, I know, but it’s an important part of animal stewardship. Retained afterbirth causes all kinds of complications and we don’t consider it a successful birth until the babies are up, nursing, and the afterbirth is passed. (Really, if you think that’s gross, you should read about our ewes’ “clean up” instincts–if you can stomach it!) 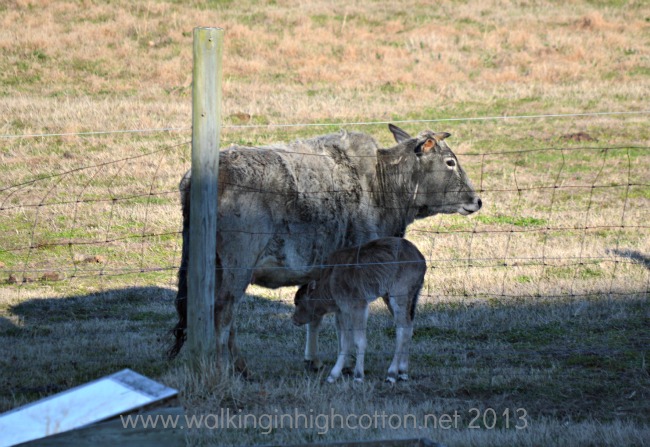 But they’re both up and out and about now. The little one is taking on that sleek, well-fed look and the wobbly legs have disappeared. It’s starting to frisk around looking for a playmate instead of just sticking to its momma like velcro. 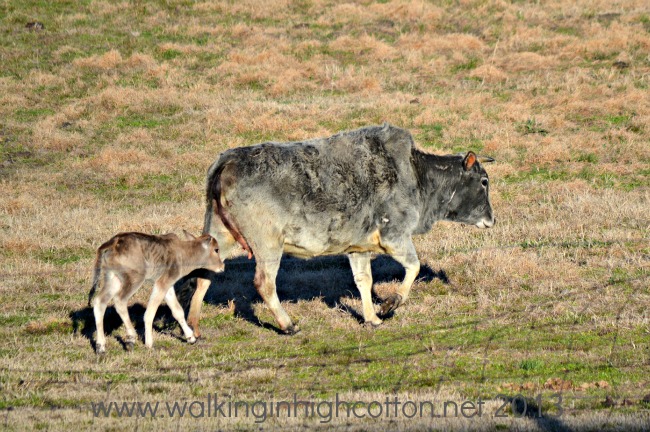 Annabelle seems to have fully recovered as well. Her appetite is back. Being off their feed is one of those early signs of labor and then most momma’s will stay away from the herd until the baby is well on its feet–even skipping feeding time–for the first 24-48 hours. 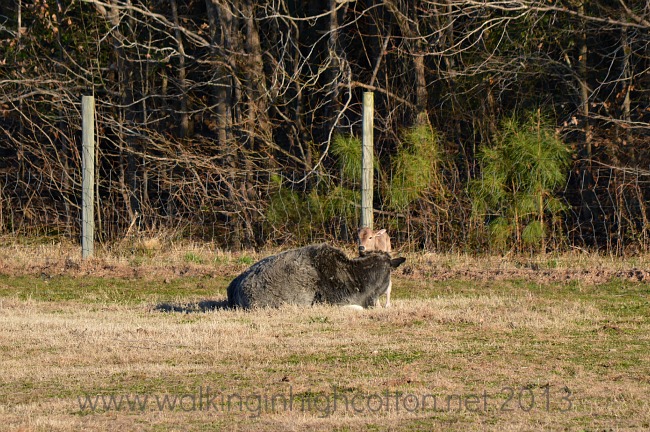 You might have noticed that I keep calling it, “it.” I’m not always great at telling with the cows because sometimes noticeable boy…ahem…parts tend to show up a little later than with lambs. And the umbilical cord area is also the general location of other boy parts, and is usually a little swollen right after birth.

So I tend to think they’re all girls the first day or two. And I’m usually wrong about half the time.

Ok, ok, in our case I’ve usually been wrong about every 4 out of 5 times.

Oh fine, I’ll just say it. I’ve never been right about it with the cows, so I just don’t even bother guessing anymore until Mr. Fix-It takes a look. Go ahead and laugh. When my Mabel turned into Matthew, I gave up. These things are more complicated than you’d think, ok! {smile}

How’s the middle of your week going? Have you seen any definite signs of spring yet?

You can find me linking up at…