Mr. Fix-It woke me up early the other morning and told me to grab the camera.

We have new neighbors. 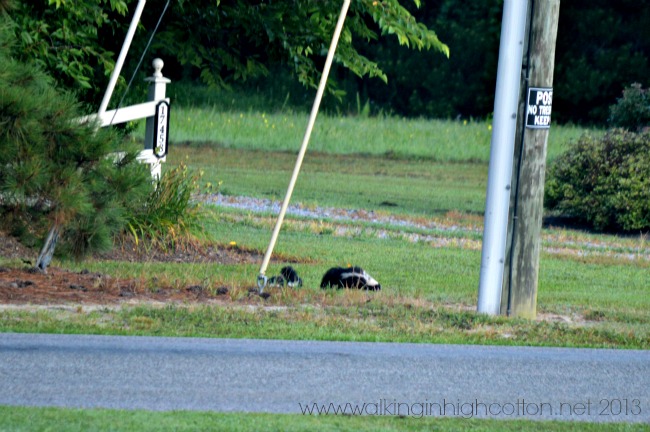 We think they’ve moved into the driveway culvert pipe at the neighbor’s house. A momma and two babies. 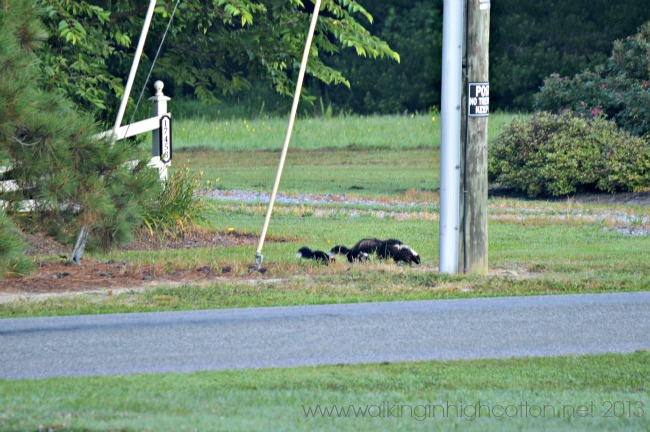 The kids find it all very exciting. I find it very nerve-wracking. 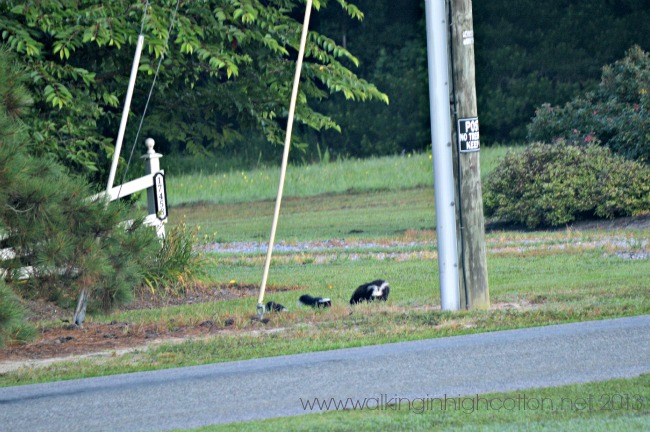 If you have to bet on something, go with the Skunk Odor Remover. It doesn’t work like a “miracle” but after about 3 days of consecutive, non-stop bathing I noticed a decline in overall wiffy-ness. Or maybe we were just getting use to it by then.

Something else we discovered when my Kenzie-dog tangled with a skunk…the smell comes back, for months, any time the dog gets wet! 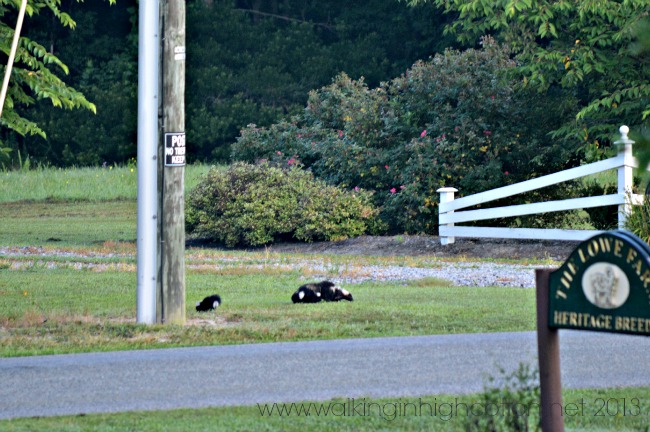 So while I was laying out trip wires and booby traps along our frontage…ahem…I mean “assessing the situation”…I discovered some interest facts. Skunks are part of the weasel family.

Ok, I knew that. But guess who else is part of the weasel family! Wolverines!

Remember when I said I heard a wolverine when we were camping and Mr. Fix-It thought I was crazy and said it was just a fox?

Well, while I was looking up skunks I came across some audio files over at National Geographic and the skunk sounded kinda like the sound we heard while camping. And they are members of the weasel family–just like wolverines. But it didn’t sound quite loud enough and whatever it was kept moving around when Penny would bolt off into the brush after it. If it was a skunk I would have expected it to stay put and spray her (see notes of misery from previous dog-skunk experiences above).

Then I listened to the audio file for a fox–just to prove that Mr. Fix-It was the crazy one. (I’m like that sometimes.) Yeah, no resemblance at all to the sound we hear.

Then I went to listen to the audio file for a wolverine–and there wasn’t one. Hmm…I could be the first person to ever hear the live vocalizations of a wolverine in the middle of the night in Virginia (being 3,000+ miles from its natural habitat, it likely would be a first!)

Guess who else is a member of the weasel family…? 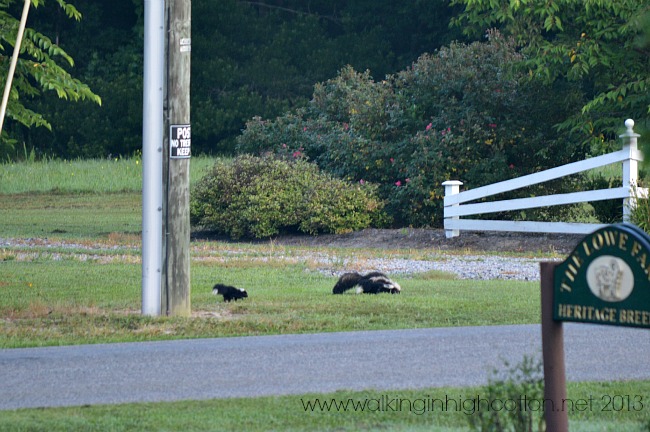 I found this audio clip of a female weasel “threat call” — which they describe as a “shriek.”

BINGO! I about jumped out of my skin to hear that sound again! I found my “wolverine.”

And just for the record–I might have been off by 3,000 miles, but I was closer than Mr. Fix-It this time!

Have you had any wildlife adventures lately?