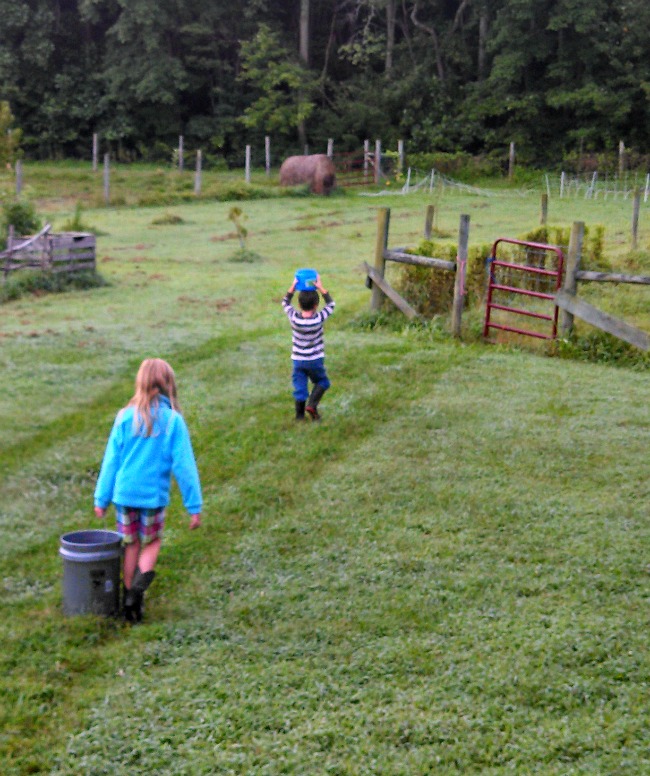 First thing in the morning when it’s still chilly and wet.

The chickens also cause a bit of grief to this routine, though, since they don’t see well and night and roost up after dark. Which means if you have a bunch of winged escapees–like we always do!–the best time to round them all back up is after dark. 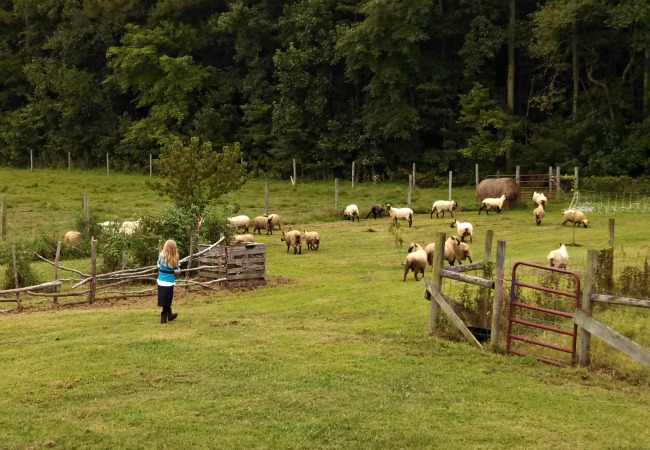 And first thing after school/work in the evening.

Sunday we ended up running out of time for a few chores since we wanted the kiddos in bed at a reasonable hour for school on Monday morning. So after they were in bed, Mr. Fix-It and I headed out to round-up the chickens one. last. time. before he does something drastic to fix the chicken pen–and in preparation for moving their house and pen to some fresh grazing in a day or two. (That’s not really something you want to try in the dark.) It was probably around 9:30 or so.

Be still my heart. I slammed the door and started hyperventilating and brushing imaginary snakes off my whole body! 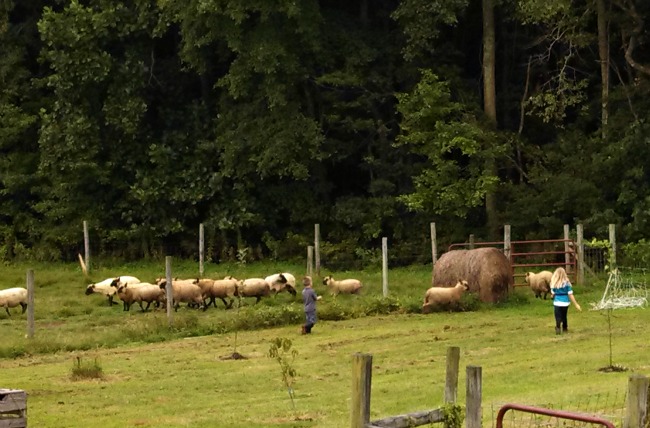 Then, of course, we had just moved all the lambs into that field and they were totally freaked out about us being there and their mommas being gone, so they were huddled in the field behind us. Every once in a while you’d hear a snort or a stomp and you’d freak out all over again. So you’d pan the field with a flashlight and see…

So what to do? 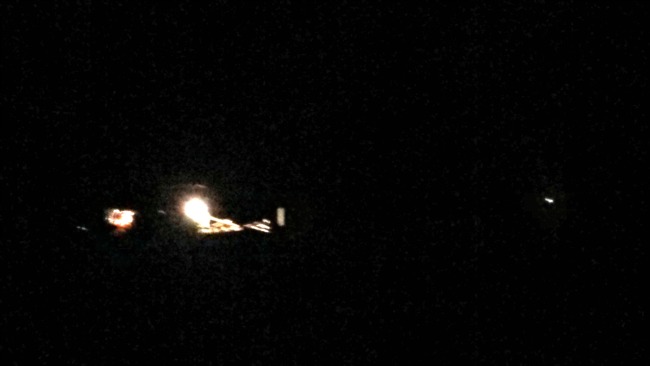 The tractor heading toward the field in the dark.

After considering such factors as

a. It’s been chowing down on our hard-earned eggs for who knows how long (our count’s been low for several weeks now!), and

b. The kids coming across it while doing the chores, and

c. The high probability of the Cowboy trying to catch it!

We decided this was not a live and let live situation. This was a defend our well-defined territory situation.

Which preceded an hour with flashlights, shovels, and the occasional squawk and/or high-pitched squeal (which may or may not have been from someone other than the chickens!) while we tried to take the darn thing out without taking a chicken or half the chicken house with it. (A poorly aimed shovel can do a lot of damage!)

The whole fiasco finally culminated in Mr. Fix-It getting the tractor and us relocating the chicken house. In the dark. And then bush-hogging half the field. In the dark. Just to be on the safe side. It was so dark we never did see his final end, although I’m confident that if he managed to crawl off it was just off to die. Or maybe he ended up as field fertilizer under the bush hog.

I don’t know. {smile} There’s just not enough hours in the day.

Do you find yourself running out of daylight at this time of year?  What after-dark adventures have you had around your home place lately?