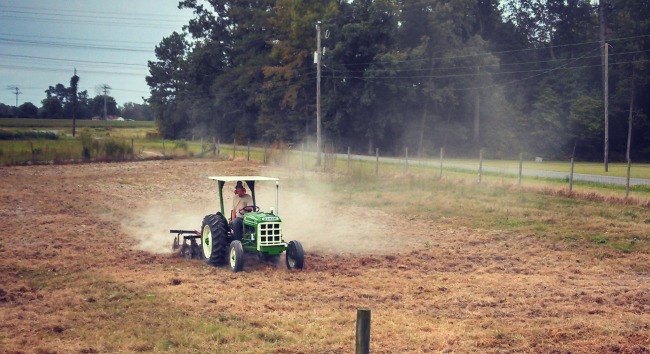 We have two pastures of mainly native warm season grass (read: crabgrass, or crabgrass-like stuff). Then our big pasture is planted in cool season grasses. So our warm season fields are dying off right now as the Fall cools temps down, and our cool season are coming on strong, and we’re starting to move the animals over to the cool season side. 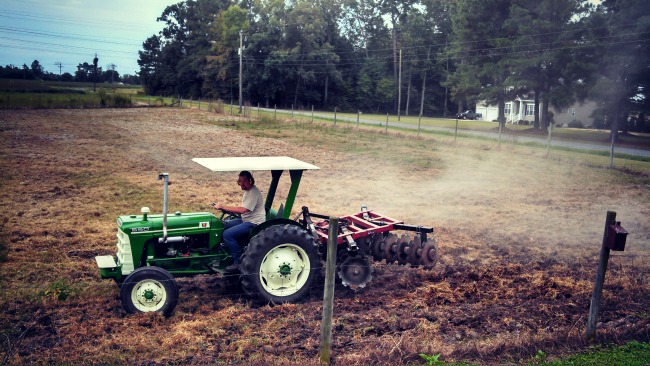 But in an ideal world we would have both grasses mixed together in the same field and we would just have grass all the time. (Like the ditches on the side of the road–always green!) 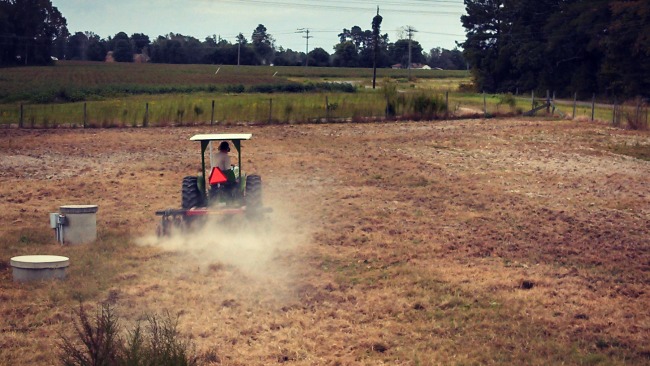 Mr. Fix-It scraped the disc over the field lightly to rough up the soil a bit and open up the dirt for new seed. 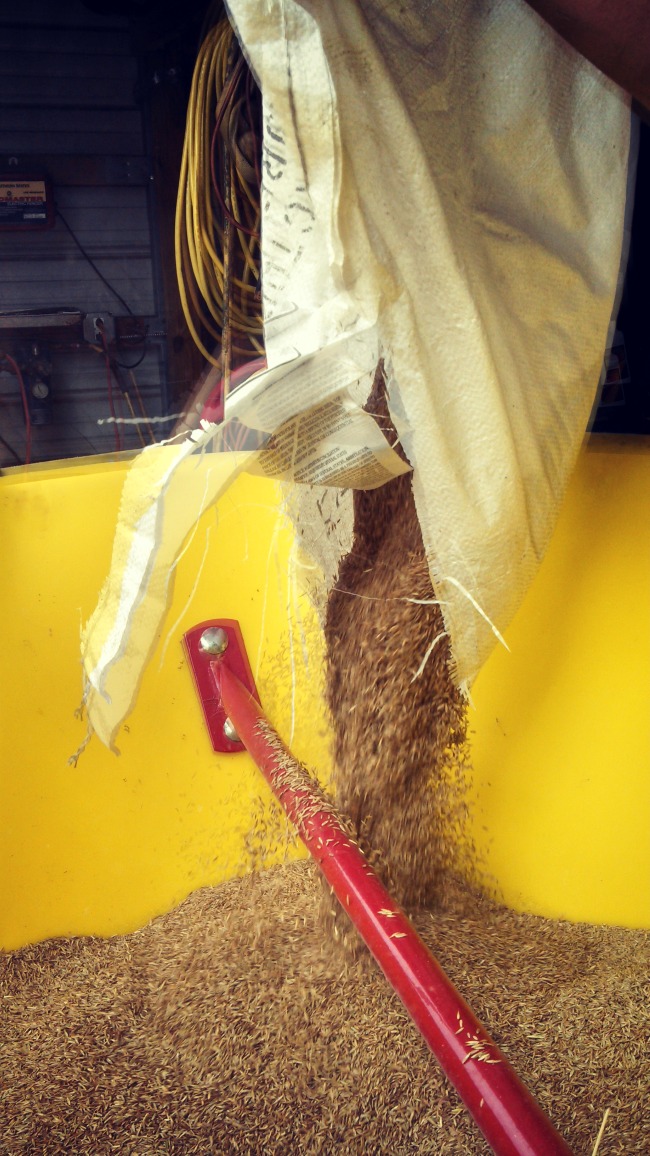 Then we used the seed spreader to broadcast (meaning, just throw it out on top) a cool season mix on top–rye, fescue, an a little timothy grass mix.

And then we prayed for rain. 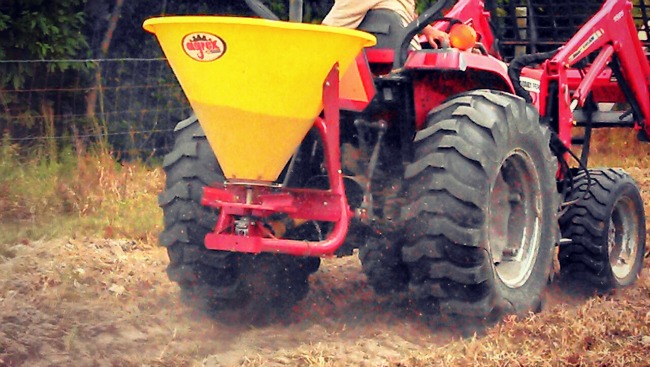 And it rained!  (We knew rain was in the forecast when we set out to plant this weekend, but you never know until the drops come down.)

So hopefully we’ll have little green shoots soon! The animals won’t be on it again this year to try to let the new, baby, grass establish roots without being pestered.

We’re also letting Penny have free run of the field to keep the birds and chickens and deer and anything else out of there while we’re sprouting.

And we could certainly use some more rain this week!

It’s also “officially” lamb harvest season and last night we had our first meat customers of the year come out to put deposits on their lambs (and buy eggs!). This is our second busy season of the year (after lambing!) and will only last about 3 weeks, so pray for us!

How is Fall shaping up around your homeplace?