Yes, I know winter is over. Believe me, I’m glad! But I didn’t share much over the winter and I thought I’d take a minute to share some pictures with you. We don’t see the farm blanketed in snow very often, so I just couldn’t stand not to share these before next year! 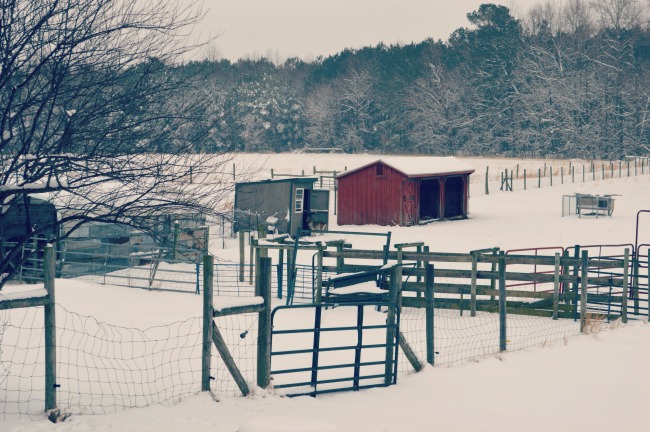 If you look real close at that one, you’ll see Chester (our bull) with his head sticking out of the gray chicken coop. The chickens ran wild for most of the winter while we finished up their new house and the cows moved right in. {snort} They don’t like to be wet. 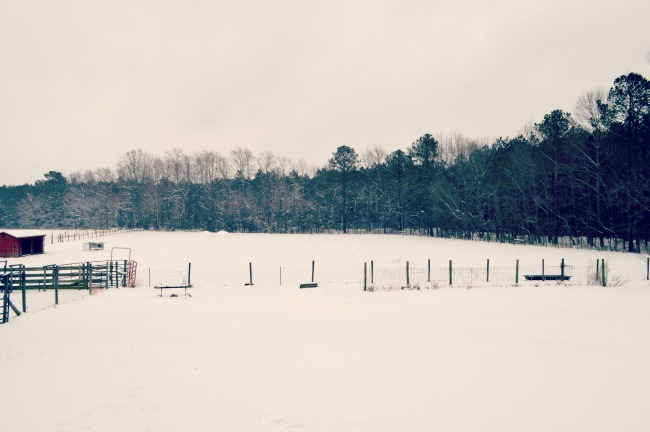 The sheep were up by the house for most of the winter, so most of our fields looked empty and barren. The snow and wet doesn’t bother the sheep, though. The chickens, eh, they aren’t sure. 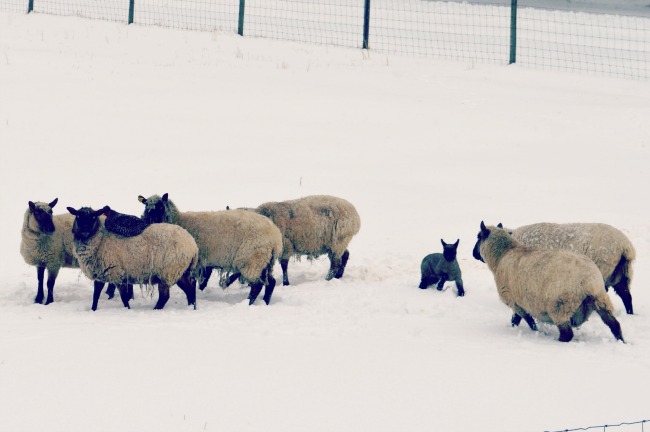 We don’t usually have snow during lambing. This year we had snow and freezing temps all the way through February and even flurries in March. But after each snow, a week later it would be 60 degrees. It was a strange season. 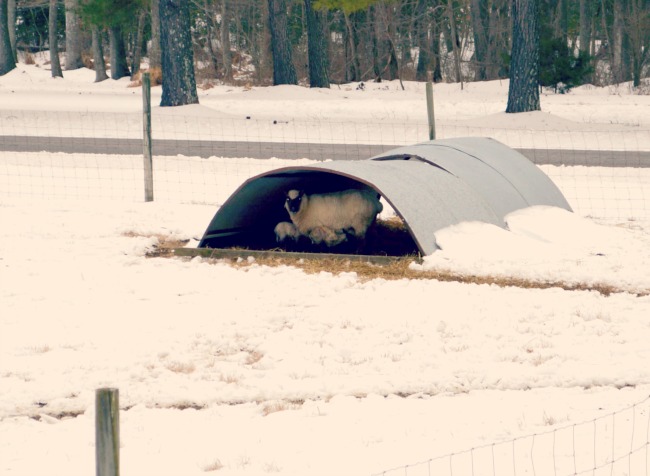 Our ewes all know to shelter in with their lambs when needed though. These little guys are brand new and their momma kept them under cover for nearly 2 days until she thought it was nice enough for them. (And she made everyone else stay out  too!) 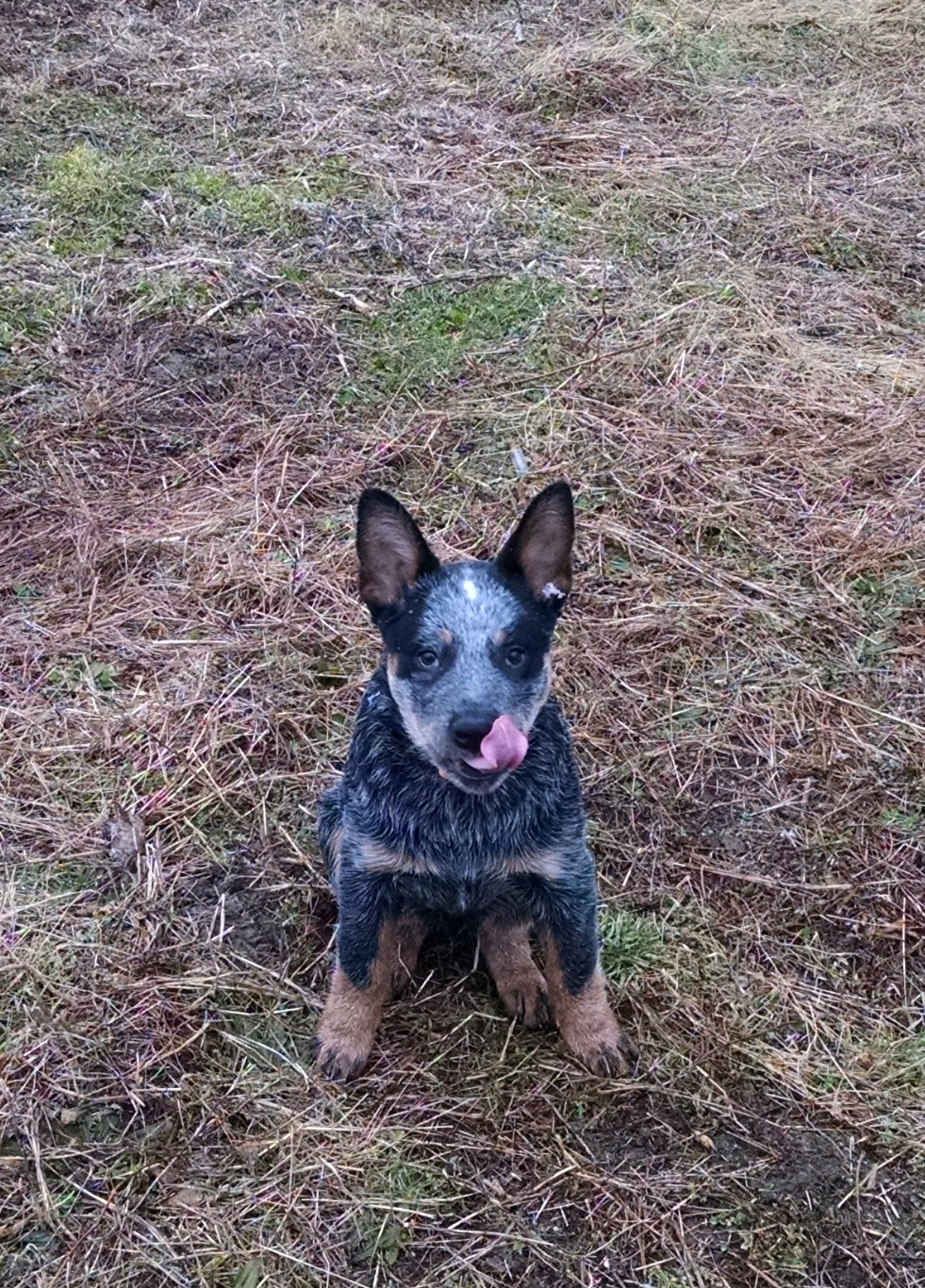 Of course, this was Coal’s first snow season too. He couldn’t decide what he thought about it. One minute he wouldn’t go off the porch, the next he was plowing through it chest deep. But a tired cattle dog is a happy cattle dog, so we still went out twice a day–rain, hail, sleet, or snow.

We’re well past snow days now, but I just love these snow pictures–especially the one with the red barn and the one with the silly chicken on a sheep’s back! We’ll be doing more spring cleaning this weekend and having some visitors at the farm to see lambs. Hope the weather is reasonable!

And we’ll be back next week with the next part in our series on the Dollars and Cents of Starting a Small Farm–Next up…Health and Wellness.

What are your plans for the weekend?