This past weekend I found myself alone. Mr. Fix-It and the crew were away for the weekend and it was just me and the dogs. This is not the first time recently that I’ve found myself with time to myself on my hands–without me having to force the seconds apart by sheer willpower and squeeze in. These moments are part of the reason I convinced (begged, cajoled, harassed, debated, forced…name your adjective) Mr. Fix-It that we should bring Coal into the family. Penny is a farm dog and family dog (and she’s great at that!) but she’s not a best friend dog.

That has nothing to do with her! It’s the way she was raised–which fits her personality just fine! She just wasn’t raised to be a go-everywhere, inseparable sidekick, kinda dog. Quite frankly, not everyone wants that in a dog. But I had that with my Kenzie-dog, and I’ve missed it. 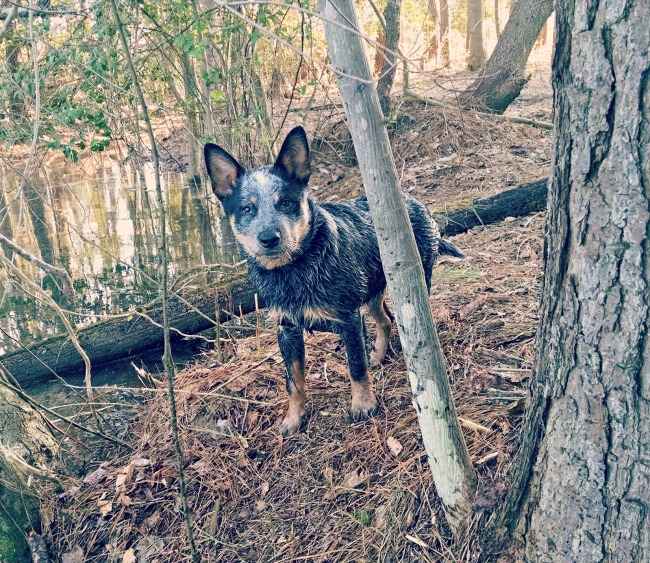 Penny belongs to everyone. (Even the neighbors!) Coal is mine. (Although Cattle Dogs are known for being possessive so we’ve gone to great lengths to make sure he possesses the entire family, not just myself!) And he’s being raised to be my go-everywhere, shotgun-riding, inseparable sidekick.

This past Saturday, we started our day with coffee on the porch. (Turns out he’s quite comfortable inviting himself to the table when I sit down!) 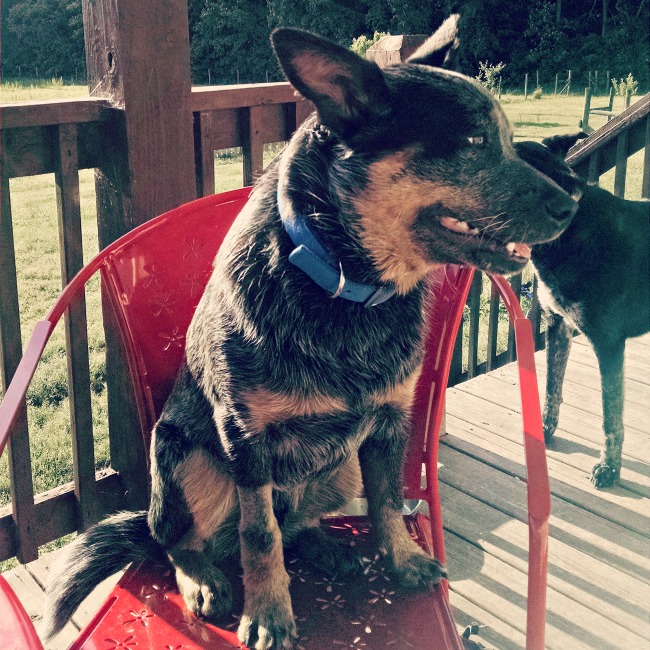 Then I threw some doggie supplies in a bag for an afternoon adventure on the town. We have a retractable leash, but I don’t use it if I don’t have to. We use a standard 6 foot leash (which matches his fancy new big-dog collar!) and a folding bowl for water stops.

Oh yeah, and I grabbed a couple ziplock bags, in case of you-know-what. (Which is a big step for me, urban-friends. But Save the Bay and responsible pet ownership and all that…I was ready and willing, even if unenthusiastic.) 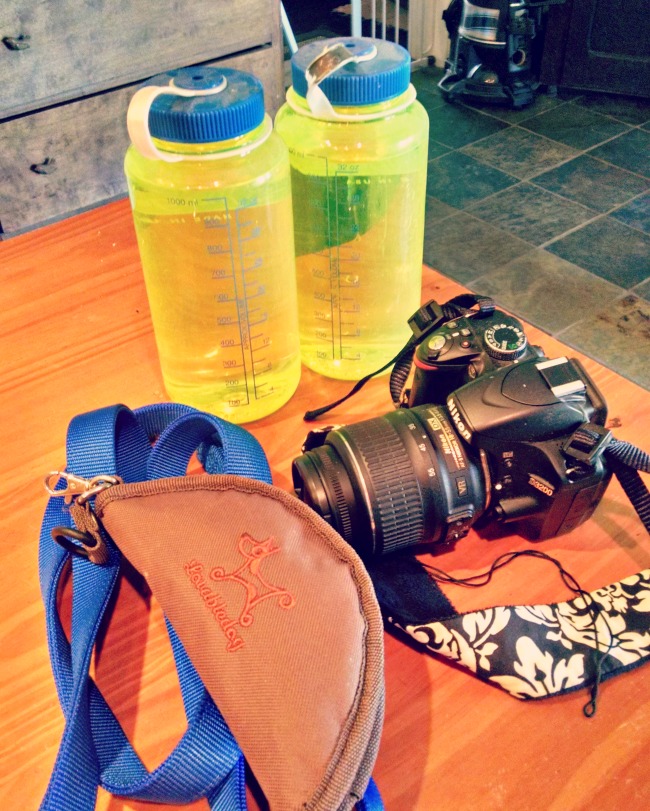 We loaded up in the Hemi and headed the 12.4 miles into “the city.” (Just for the record, getting him to jump in the truck was a month of training in and of itself! Big thanks to all my ACD Facebook friends that kept reminding me to just stick with it!) You’ll notice from the picture that he really doesn’t ride shotgun yet, he rides middle-almost-in-my-lap. But we’ll take it. 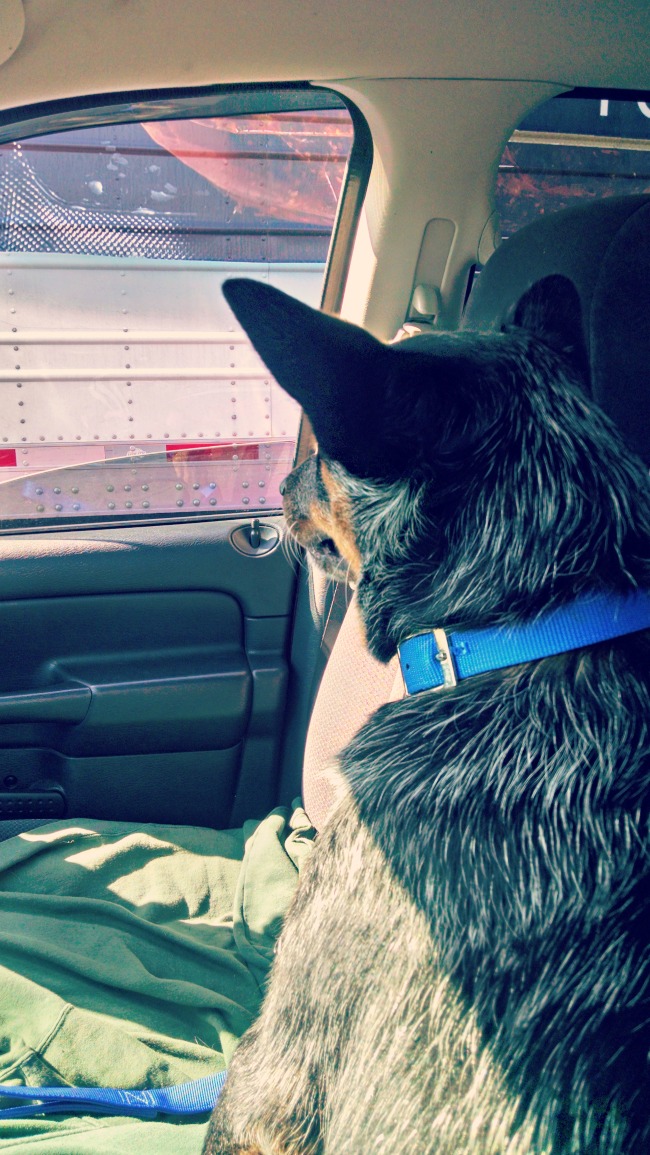 We stopped and walked around Bass Pro Shops for an hour or two, meeting people, barking at the fish (oops!) and sniffing the fishing lures. Then we headed over to the new “outside mall” at Peninsula Town Center. We parked at one end and walked over to Petsmart on the other far end, then back and forth around the 4 streets in between.

We stopped in Lenscrafters to pick up my new glasses. We stopped in Barnes and Noble to look a few magazines. We stopped in H&M just because they had strange music and dark lighting and way too much cologne-smelling air freshener…we peeked into Gymboree to get a few pets (Coal is a kid-magnet!), breezed through Foot Locker to sniff the sneakers, and sat and watching the kids playing in the central fountain for a while.

When he started ignoring folks that wanted to pet him, I knew he’d had enough socializing for the day. We loaded up, stopped in at Walgreens to pick up some allergy medicine, and headed home. On the way, we stopped at the park. I had the bright idea that we could enjoy some green grass and more home-like nature paths to relax before heading home… 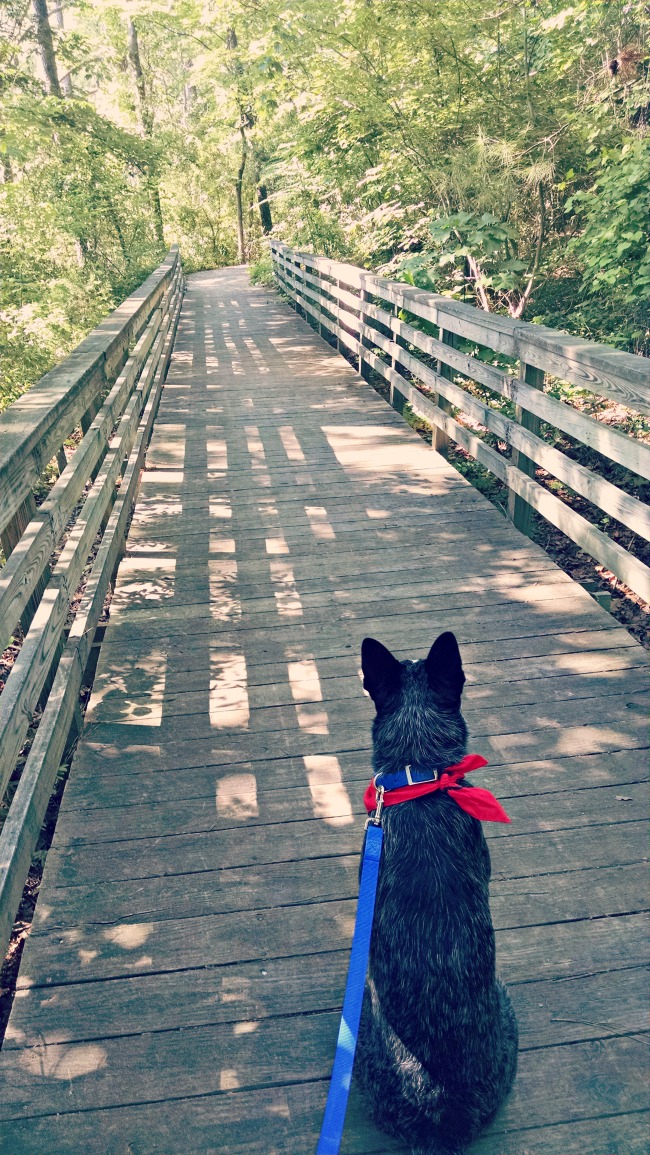 We got off the nature paths and spent a little time working on sit and down-stay by the playground and went home. Back to the no-leash life–where every other living thing knows to run when it sees us coming! We spent the rest of the evening recuperating from all that city-strutting and minding our manners on the back porch! {smile} 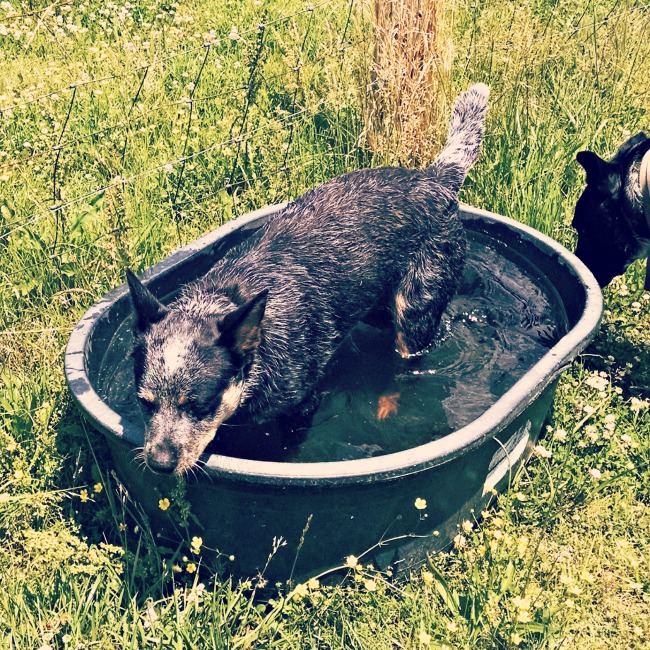 Mr. Fix-It asked if I really took him in all the stores. Yes, I did.

Then he asked if anyone said anything. Yes, they did. They said, “Aww…what a sweet puppy! He’s so well behaved!” They also said, “Is he a mini German Shepard? I’ve never seen colors like that.” Hmm…didn’t see that coming, but we got to be great Cattle Dog ambassadors!

Do you have a family pet, or a ride-along sidekick? Or both? (My Kenzie-dog was both.) Been on any shared adventures lately?