We’re a little behind around here, but we wrapped up our summer unit study on pirates (our astronomy unit study is continuing because we’re just loving it too much to stop!) and I wanted to share some of the fun projects we did! One of our hands-on projects was to build a pirate ship that would really float from corks!

Flexibility has become our family motto! With relaxed learning plans, there’s no need to feel behind or rushed. If it takes longer, that’s ok. You just keep fitting it in, a little piece at a time. School started a month ago, but we’ve continued wrapping up some of our sci-fi read aloud (who knew pirates and space were so related?!) and movie watching on the weekends.

Thankfully, we squeezed in one more trip to Mimi’s lake house to close out the summer and got the chance to put our homemade pirate ships to the test! And they actually float! Project success!

More importantly, the kiddos fussed about getting the project started (because it was “lame, baby preschool stuff”) and then totally got into it and had a blast with it! I hardly had to prompt them before they were Googling on their tablets and searching through their unit study books to find pictures and inspiration. 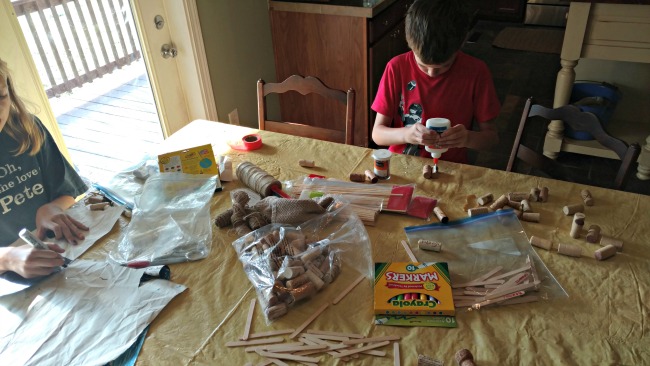 We used very basic supplies that I had been gathering for months as we headed into our summer learning season. I also put a couple requests out on Facebook and got a lot of friends to share/donate the corks and popsicle sticks–although you can also buy them on Amazon and at the Dollar Store. 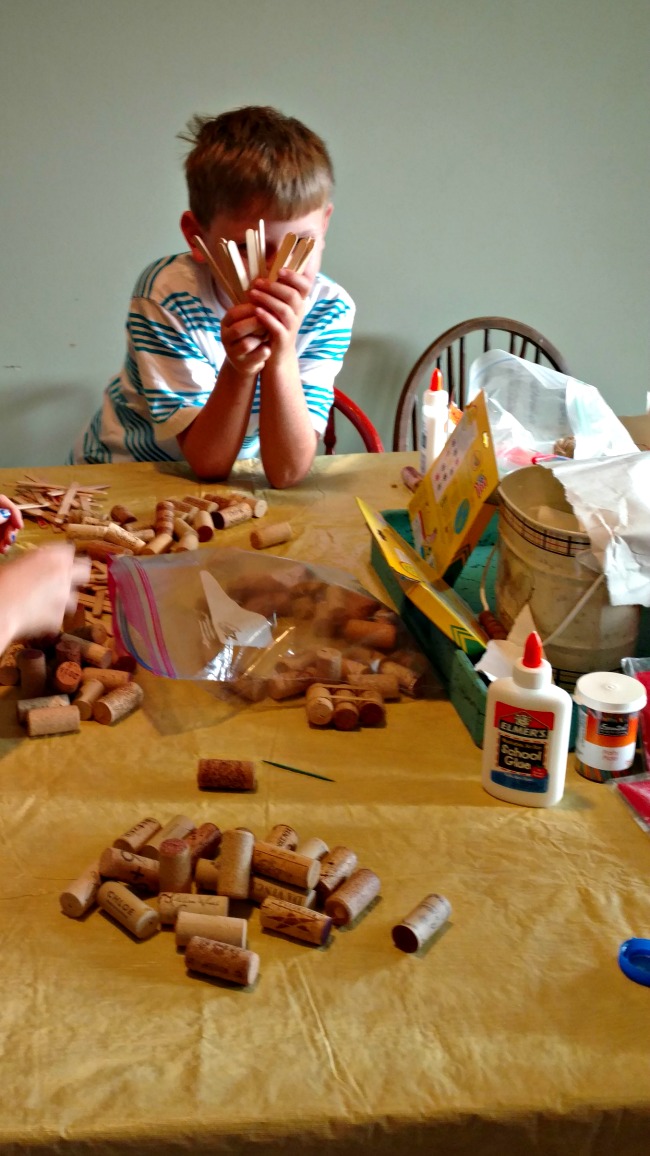 Here’s what I made available for them… 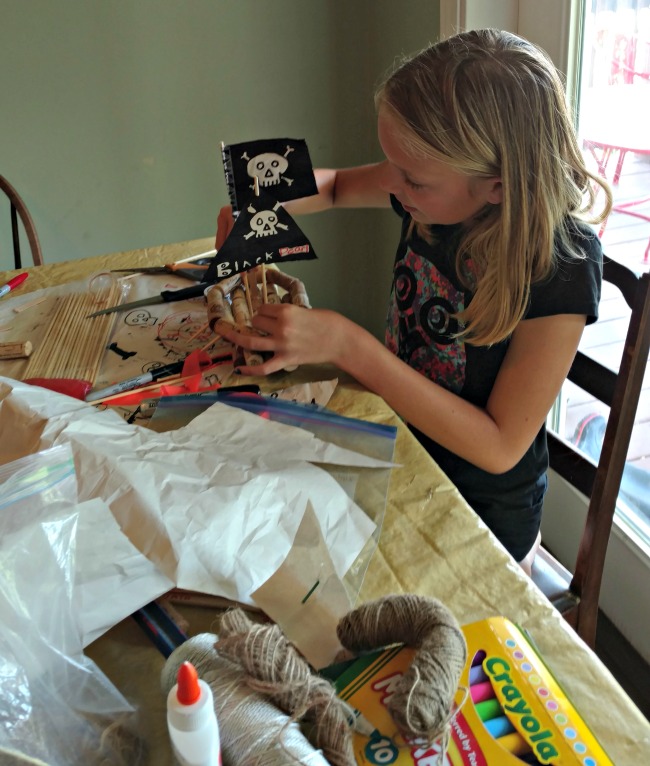 They started out their designs using rubber bands and regular liquid glue, but when we started using the hot glue gun, their creativity really blossomed. The Elmers glue took so long to dry between applications that they had a hard time propping their layers up in place long enough for the glue to really take hold.

I have 3 of these high-temperature ones that we use, but if your kiddos are younger or new to using hot glue, I would recommend trying one of the low-temperature ones. The Ladybug has her own low-temp one that she’s allowed to use unsupervised. 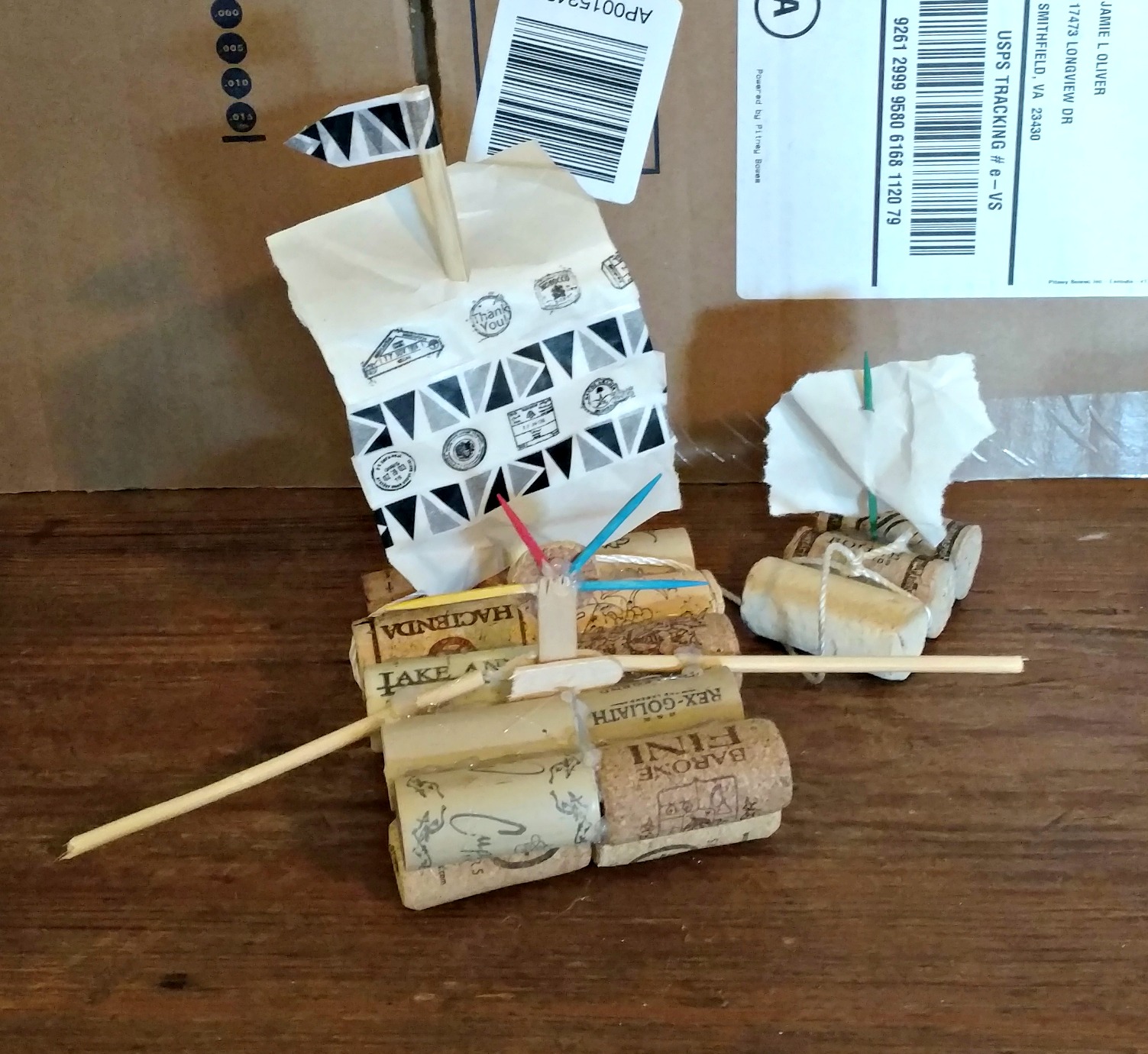 We did spend some time talking about the parts of a ship and pirate-related vocabulary to help tie in their summer learning, including decks, prows, sails and masts, oars, anchors, cannons/weapons, and wheels/helms. You can also find lots of Pirate-themed vocabulary games and puzzles on our Pirates and Treasures Pinterest Board. My Speedracer loves doing word searches right now!

If you haven’t looked over our list of Ultimate Pirate Unit Study resources, here’s a specific couple non-fiction books that had great ship illustrations… 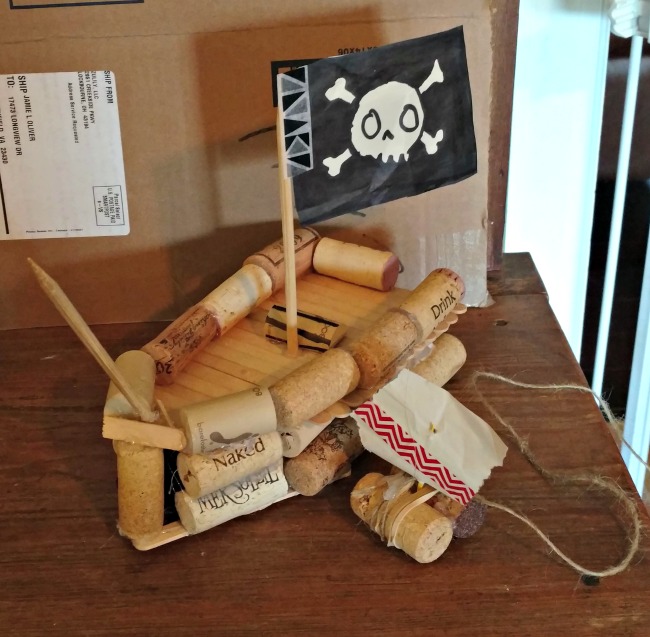 The Cowboy used the craft sticks to frame his ship and make the flat decks between the layers because he also wanted a cargo hold on his ship. The masts and prow spike were the most difficult because there was almost nothing to actually glue to, so we used some bits and pieces to create supports. 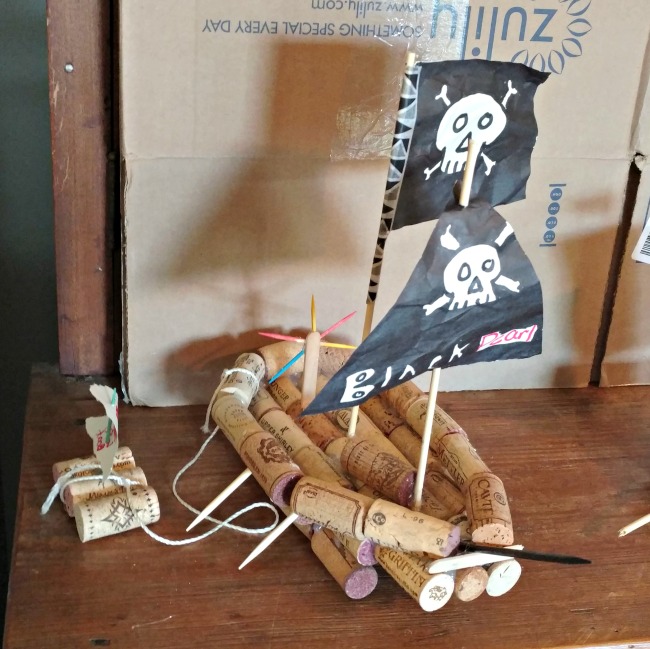 The Ladybug got very interested in the design of the pirate ship flags and spent a lot of time studying the historic flags we found online. (You can find several on our Pirates and Treasures board!) I’m not usually a fan of skulls and crossbones, but I made an exception this summer for our unit study. Turns out, it also made an interesting drawing lesson as they free-handed their designs.

And did they actually sail?

Yes, they float. Sailing? Eh…it was all about the tidal action. 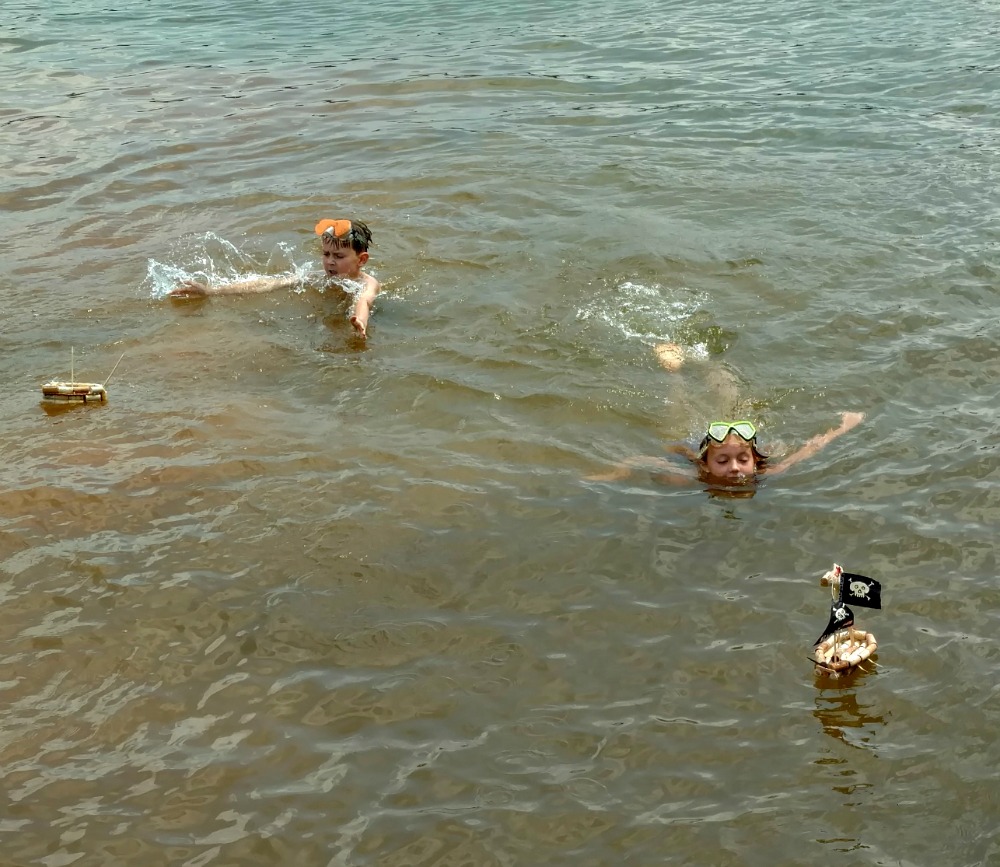 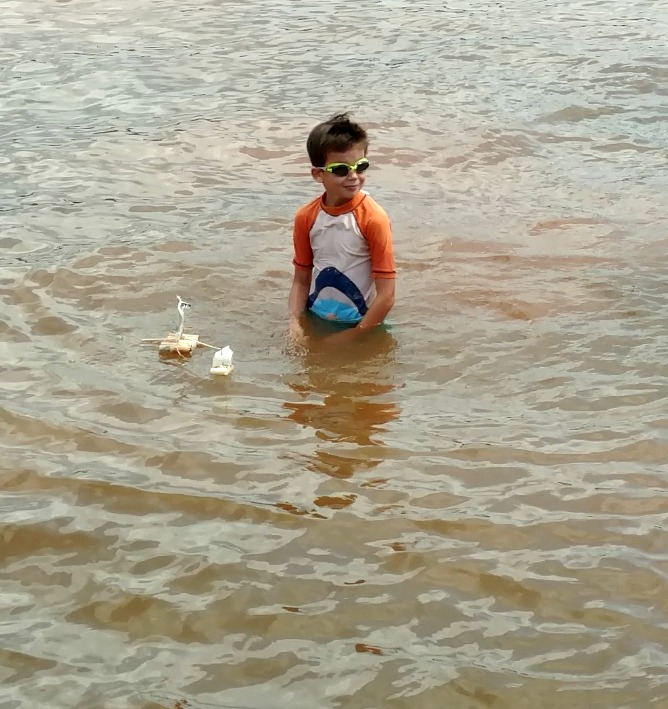 We tried to race them, but there was no directional control. We set them out on the lake and they just kinda floated around in circles, generally drifting toward the shore. But the kids were really proud of them. 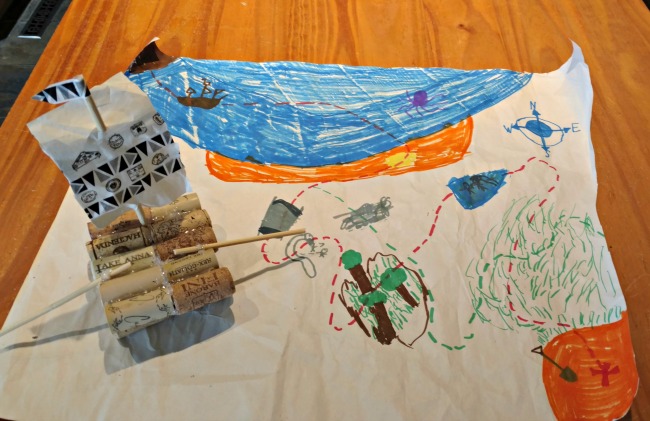 We also did a couple hands-on projects with our space and astronomy unit that I’ll share soon. We’ve continued with that one because there’s just so much to learn and we’re really enjoying the chance to observe the stars and moon over time. We’re diving right into constellations because winter is a great viewing time around here.

Have you done any fun projects or field trips lately?