My Father-in-Law is a quiet man, unless you understand that actions speak louder than words. 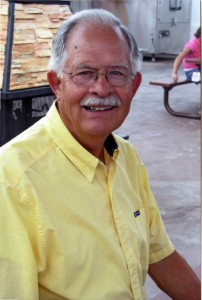 I’ve known him for more than 10 years now and I’ve never heard him raise his voice.  Even to be heard over the tractor.  I’ve never heard a cross word from him or seen him lose his patience.  Ever.  That’s probably part of why he’s so unquestionable adored by his grandkids.  Mr. Fix-It and I certainly can’t claim to exhibit that kind of angelic, unfailing patience. 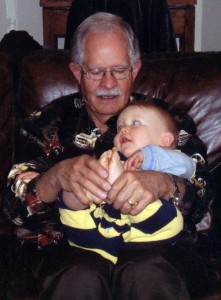 He’s a DOER and a KNOWER.  Living with Mr. Fix-It, I’m pretty familiar with the DOER part.  Clearly he inherited his skills from Master Fix-It.  But the KNOWER part I’m still getting use to.  I have yet to run into anything relating to our house, yard, garden, farm, vehicles, or food that he doesn’t know something about.  Usually a lot of something. 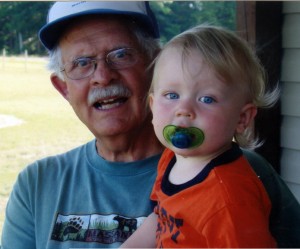 When we first built our house, Mr. Fix-It called and said “Dad brought you some trees, where do you want him to plant them.”  I came home to find him digging holes and planting sticks in our yard.  He said they were willow oaks.  I had some doubts.

They were sticks, ok?  There wasn’t a leaf to be seen and they were about two feet long and as thick as my finger.  He’d dug them up from somewhere and it’s the first time I’d ever seen someone “find” a tree rather than “buy” a tree for your yard.  The only excuse for my lack of faith was that I was still just getting to know him… 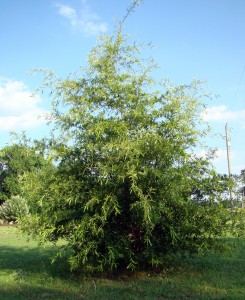 After 5 years, that stick became this!

Which is why when Mr. Fix-It called and told me that “Dad left you some raspberry plants at the house” I just rolled up my sleeves, put on some gloves, and planted what I was dead certain was poison ivy right next to the porch steps… 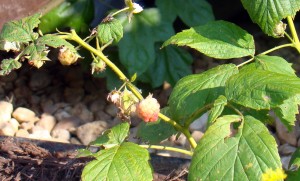 Because my father-in-law is a KNOWER, folks.

Kind, patient, quiet, hands-on, out helping and doing for others, simple… 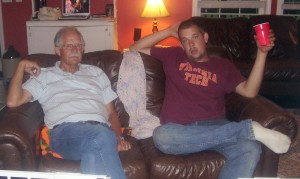 Mr. Fix-It’s Sister’s thoughts on Master Fix-It…
Father’s Day to me is a time to reflect on your father and what he means to you.  My father is 72… GREAT TIME!  I remember when I thought that was old, but he is definitely not old.  He is the most laid back, hard-working, patient, gentle, kind-hearted man I know.   My father is a giver, a provider, someone who will do anything to help another and never expect anything in return.  Dad…that’s what I call him, but to many he is Master Fix-It. 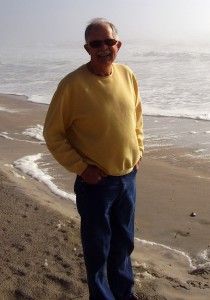 Growing up I can always remember my Dad would come home from work and immediately go outside to fix something, build something, or grow something.  There was always a car to be worked on, a garden to tend to, or some project Mom had him working on in the house.  He is amazing at figuring out a problem and fixing it in his own way without spending a dime.  I’m sure as a child I may have been annoyed by it, especially as a little girl, but as I grew older I began to appreciate his creativity and problem solving skills.  I now have a better understanding of him. 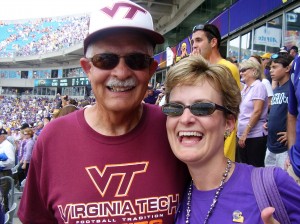 I can remember Dad would send me newspaper clippings while I was in college about some topic he thought I should know and learn.  At the top of the page Dad would write “Words of Wisdom, Love Dad”.  Thankfully I kept a few of them and look through them periodically.  I know there will be a time I will wish he would be here to tell me himself.   As an adult I can always call my Dad, tell him what isn’t working and he can help me solve the issue.  I always tell him to write an instruction book, because one day he will not be here and I won’t be able to remember “how to fix things”.  These are a few reasons why on Father’s Day I stop and thank God for my Father, my Dad, for all he has given me, done for me and that I am able to still have him around. 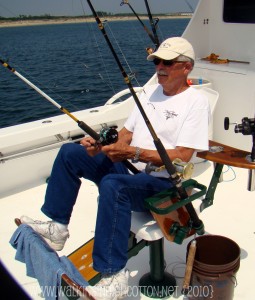 The Grandkids’ thoughts on Master Fix-It… 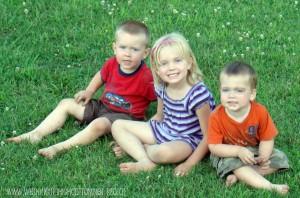