I mentioned yesterday that after Cowboy Days, the kids all took a nap and then were raring to go again.  We had a little pool time until everyone was up and about. 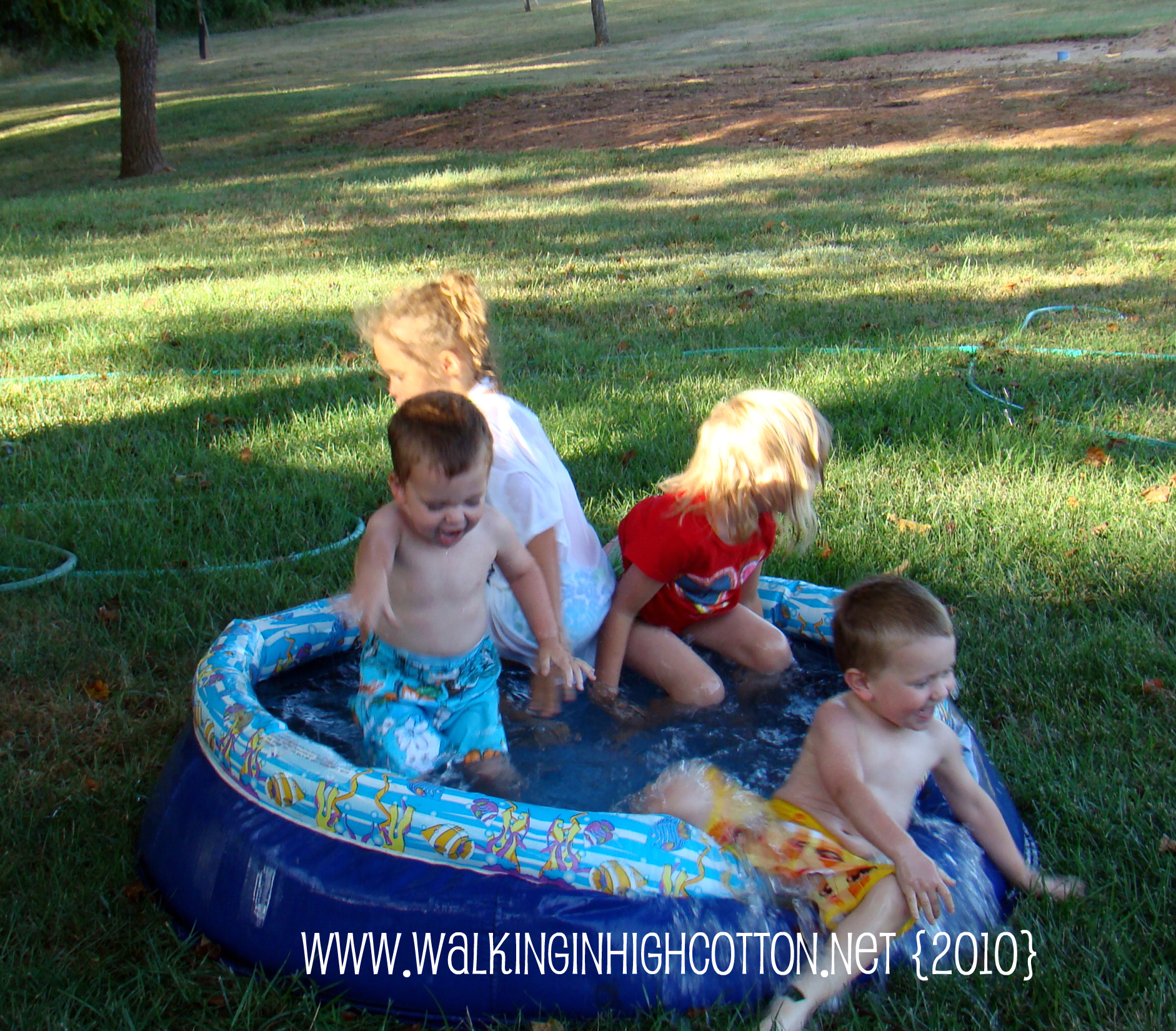 But there was more adventures to be had.

Mimi has a river. 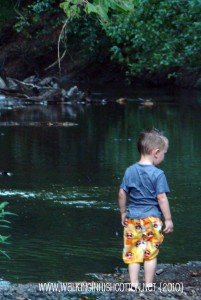 My mother-heart was glad to see that it was very low this time of year. 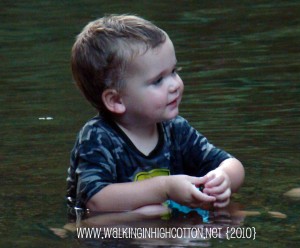 Even Speedracer could sit on the bottom easily without being nervous. July 2010.

It’s a little known fact to everyone except mothers that children who never go to the river never drown in the river.  I know I’m not the only mother to lay awake at night mentally drafting up plastic bubble schematics. 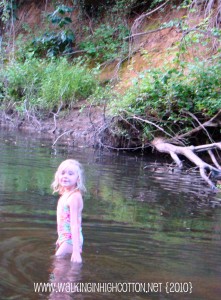 The Ladybug enjoying herself. July 2010.

But you get up in the morning knowing that all you can do is pray, stack the odds in your favor, and face life head on. 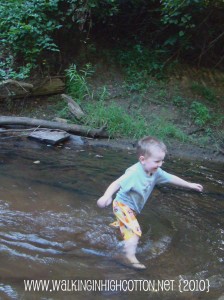 So, with a ratio of at least 1.25 adults per child, a pre-surveyed depth not to exceed 2 feet, and a camera we set out to explore God’s natural playground. 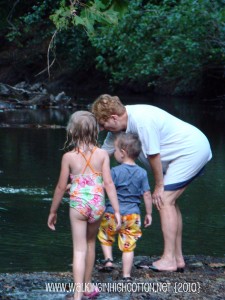 Mr. Fix-It was quite popular as a treasure hunter… 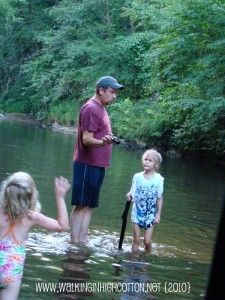 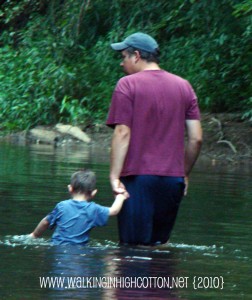 There were adorable bonding moments… 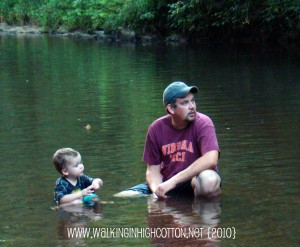 Speedracer with his Daddy. July 2010.

And kids who thought they were alligators… 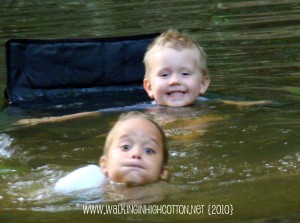 The older girls loved being able to "walk" on the bottom with their hands. July 2010.

And then there were fish.  A fish.  Who knew there could be fish in a river? 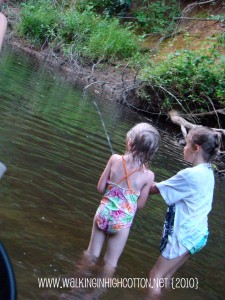 The Ladybug gets some pointers from her older cousin. July 2010.

A dear family friend was kind enough to catch a small fish (or two) and then let the kids take turns reeling him in.  Until we took pity on the poor thing and let him go. 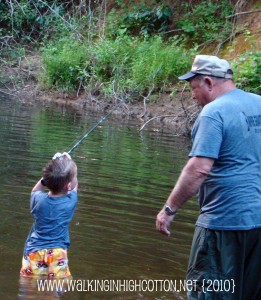 The Cowboy had quite a time with his turn. 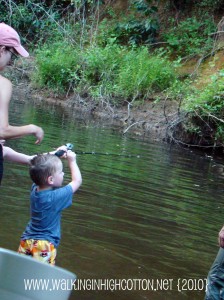 …With someone who had no idea what they were doing. 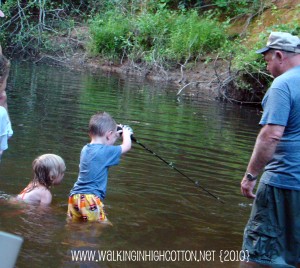 Because he almost won.

But the Cowboy hung in there. 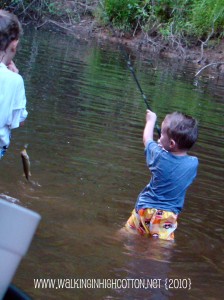 And no one got hurt.  Except maybe the fish.

There was one unfortunate incident involving an errant pink flip-flop being swept away, but Mr. Fix-It manfully waded straight in and saved the day.  And I’m sure the Ladybug will be forever grateful, ’cause otherwise she was headed home. 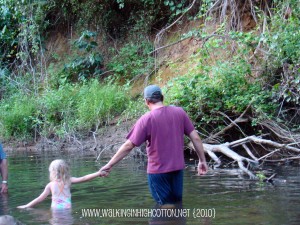