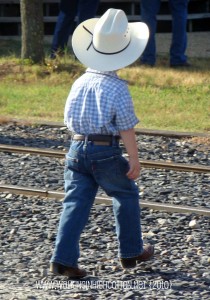 But this time it’s actually someone else’s title. This weekend we went to visit Mr. Fix-It’s mom and step-dad for Cowboy Days in their little town a few hours away.  Mimi and Papa knew our kiddos would love it. 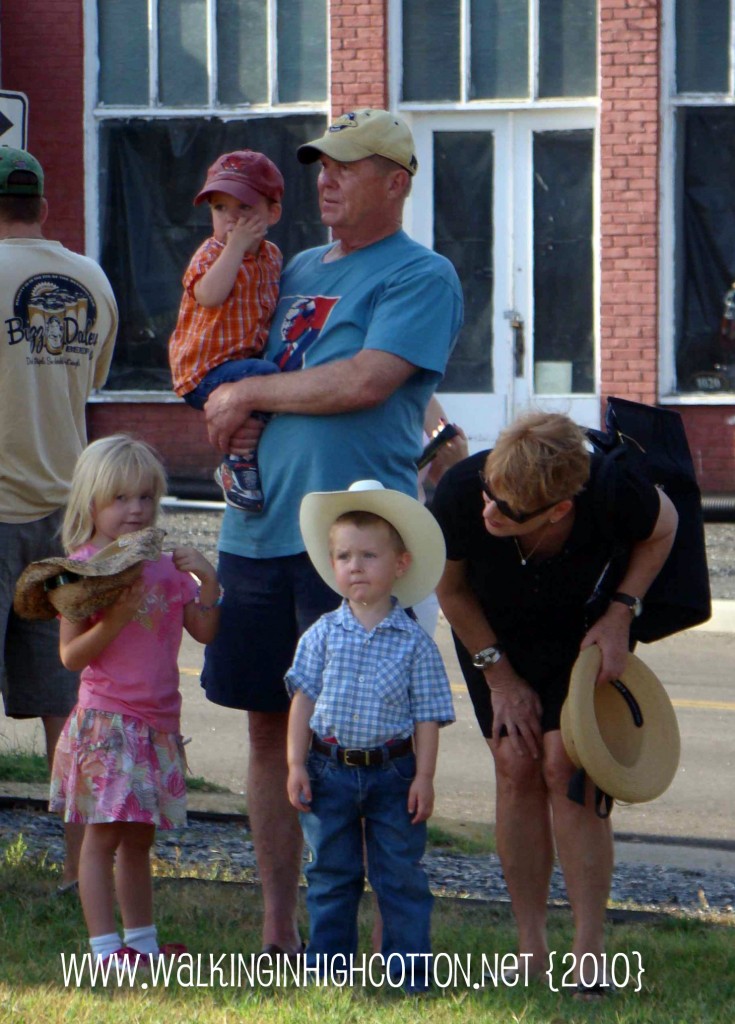 We got to take our first train ride as a family.  Actually, it was my first time on a train other than at the zoo. 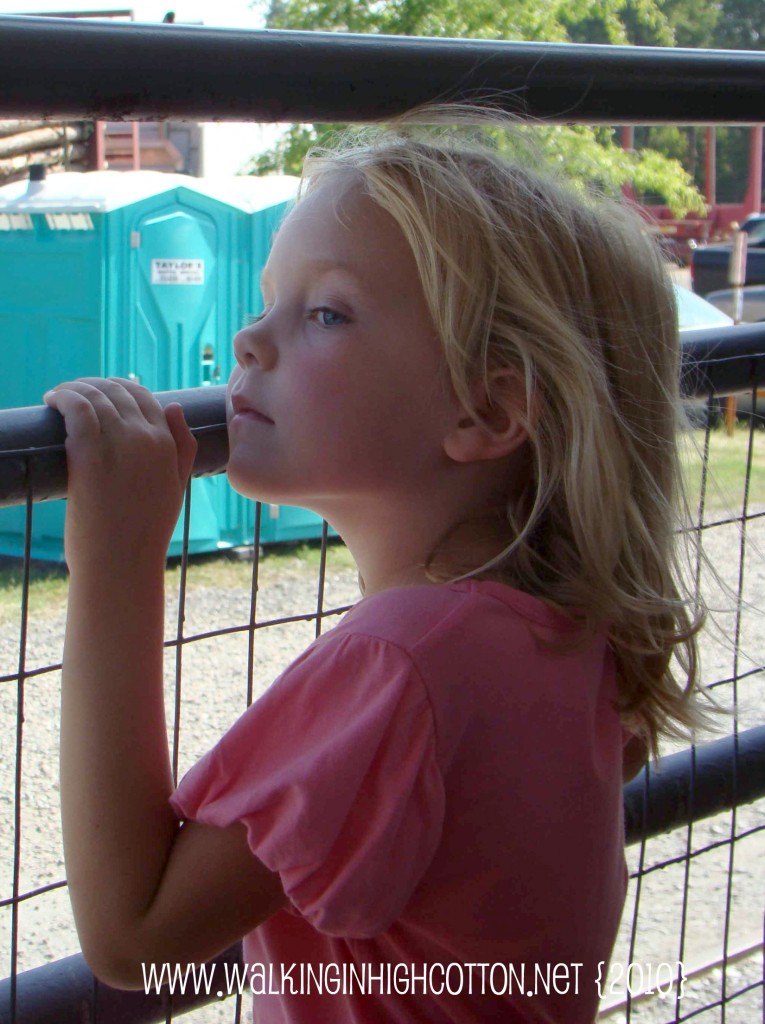 We had Aunts and Uncles and cousins along as well. 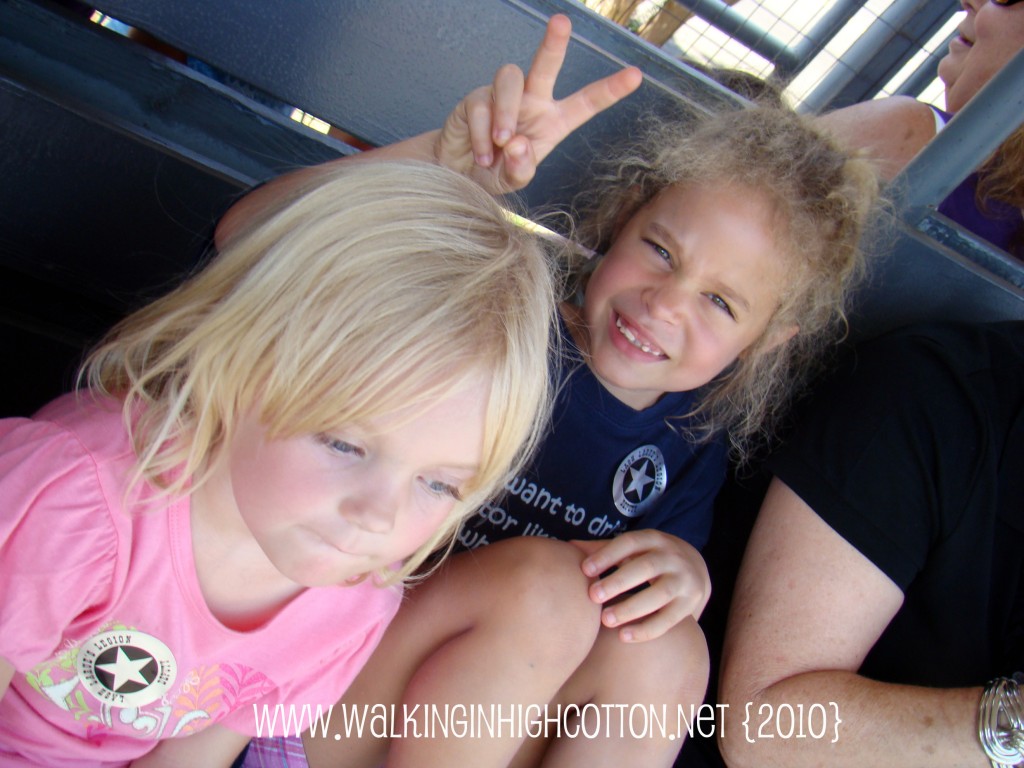 The whole event was managed by the Dominion Railway Historical Society. They had a couple closed cars and a couple of these open-sided cars with benches in rows down the middle. 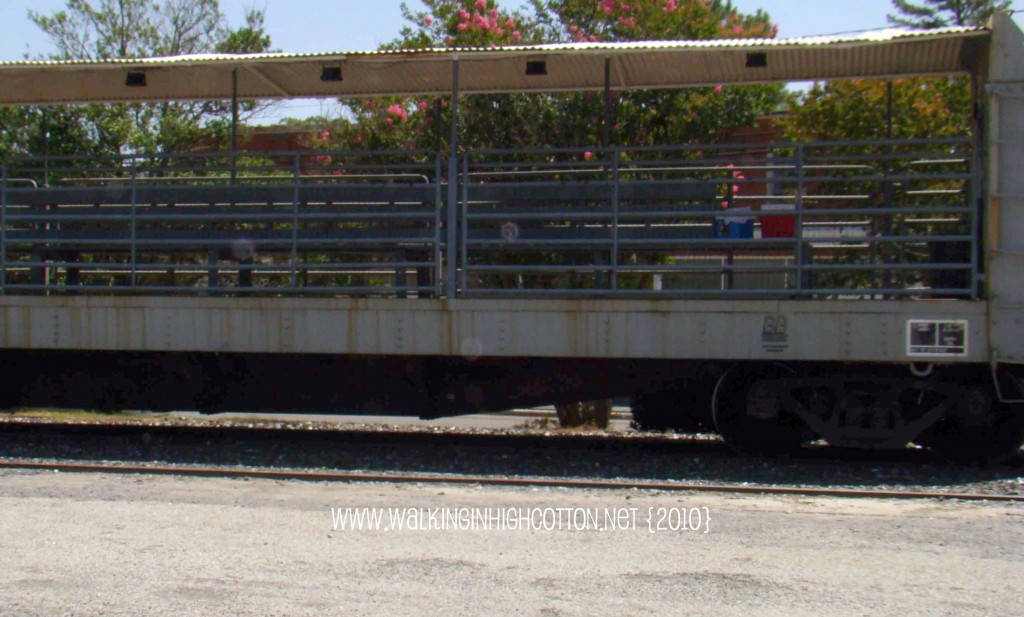 It was 101°so we chose the open-sided car with the opportunity to be blasted by the heat. {smile} Our group took up half a row by ourselves. But there was plenty of moving around space. 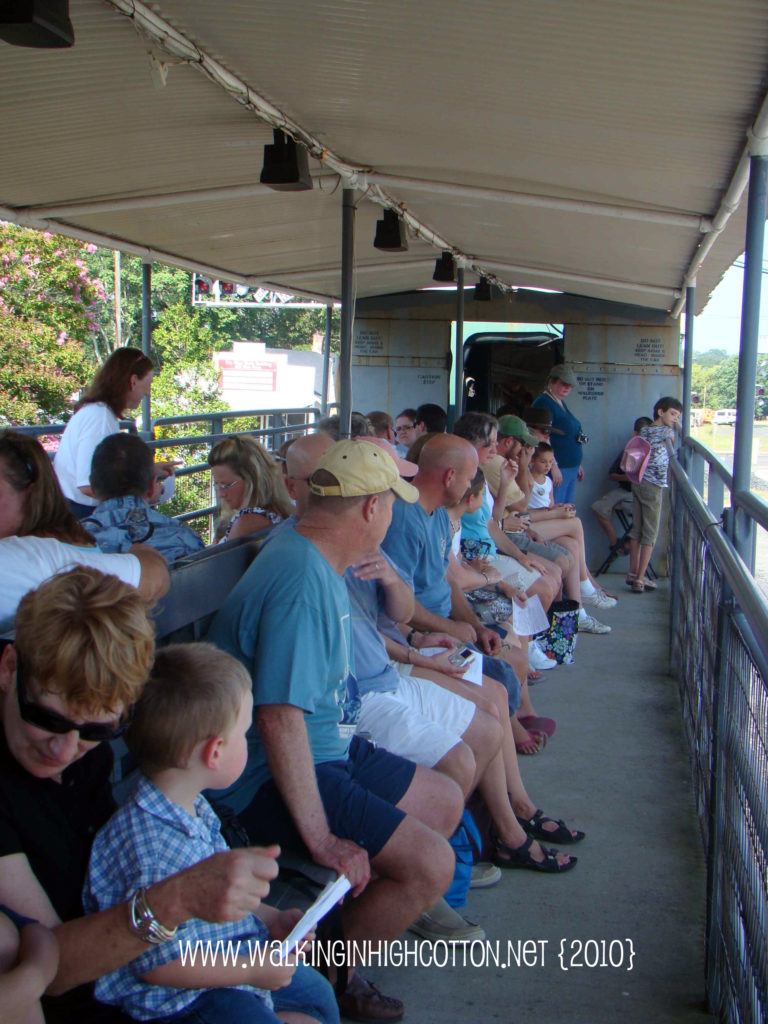 Ok, and it really was 101°, but we chose the open-sided car for another reason.  And it was actually shady and breezy riding along so it only felt about 95° or so once we got going.

The reason we chose the open-sided car was this… 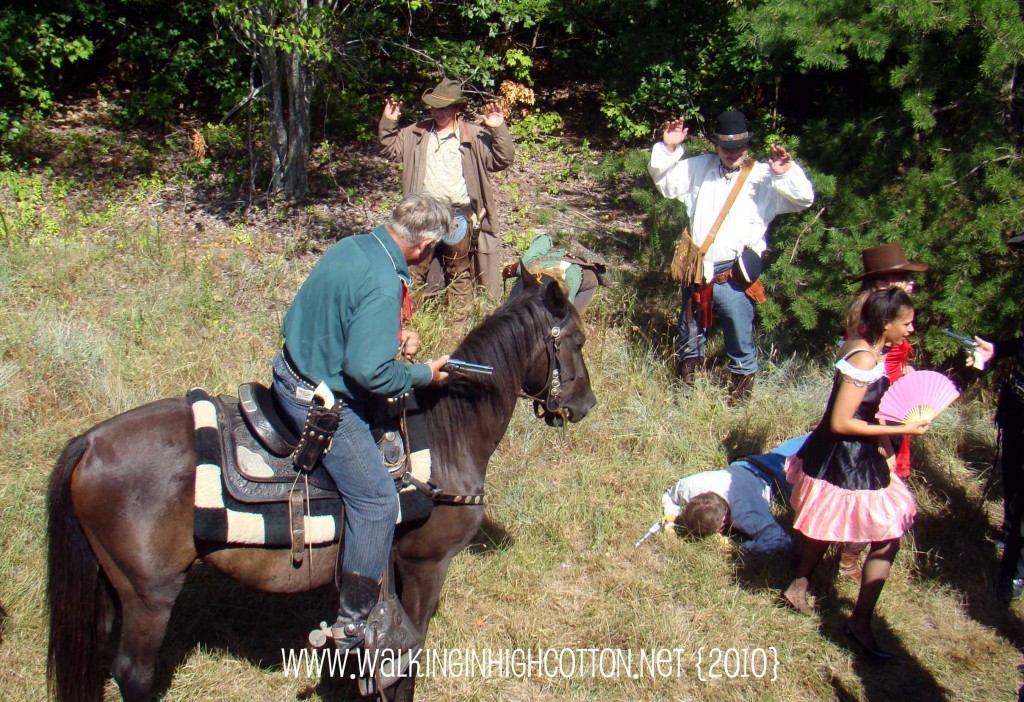 Yep, rustlers held up our train and kidnapped a couple of…ladies of ill-repute…from one of the front cars.  Right outside our…er…window?  Mimi and Papa had gotten us the tickets and then they managed to wrangle us the perfect seats.

There was a gun fight… 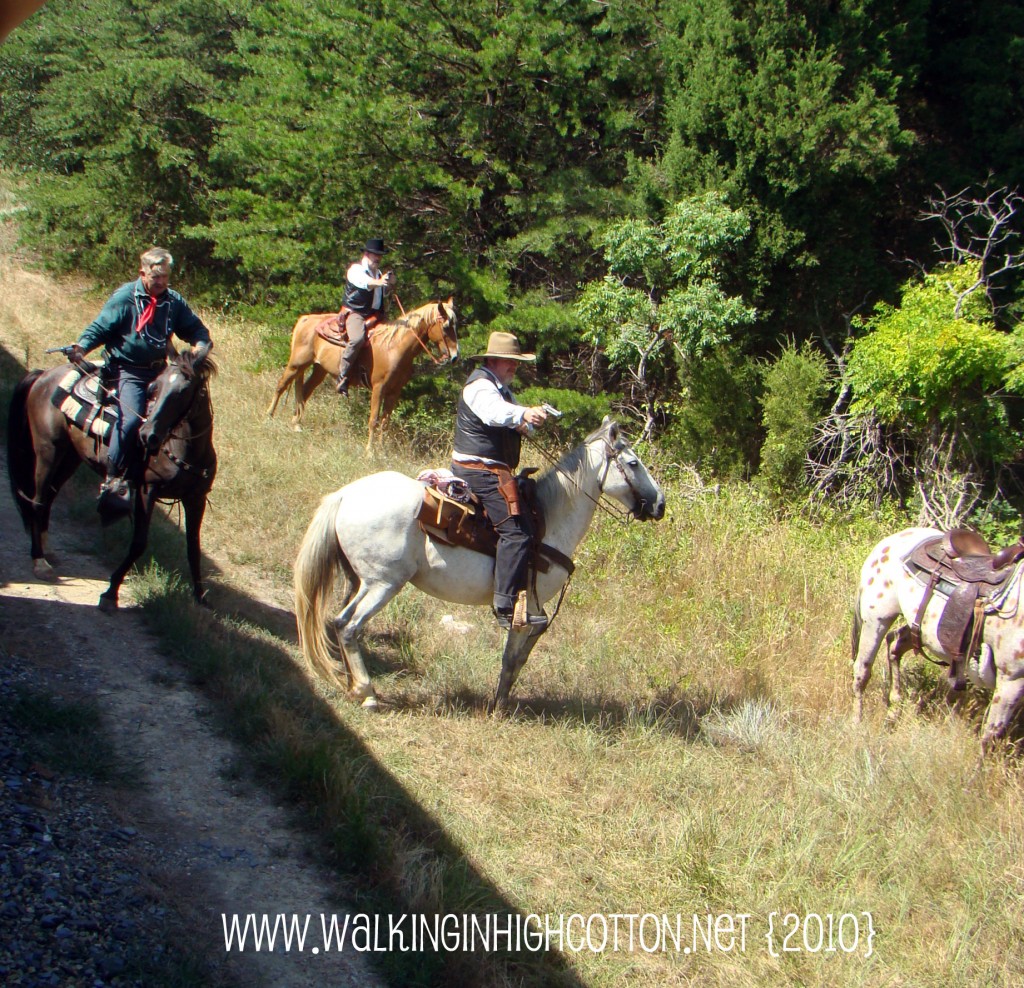 This cowgirl really caught my cowboy son’s attention. “Look Mama, a cowgirl! With a gun!” 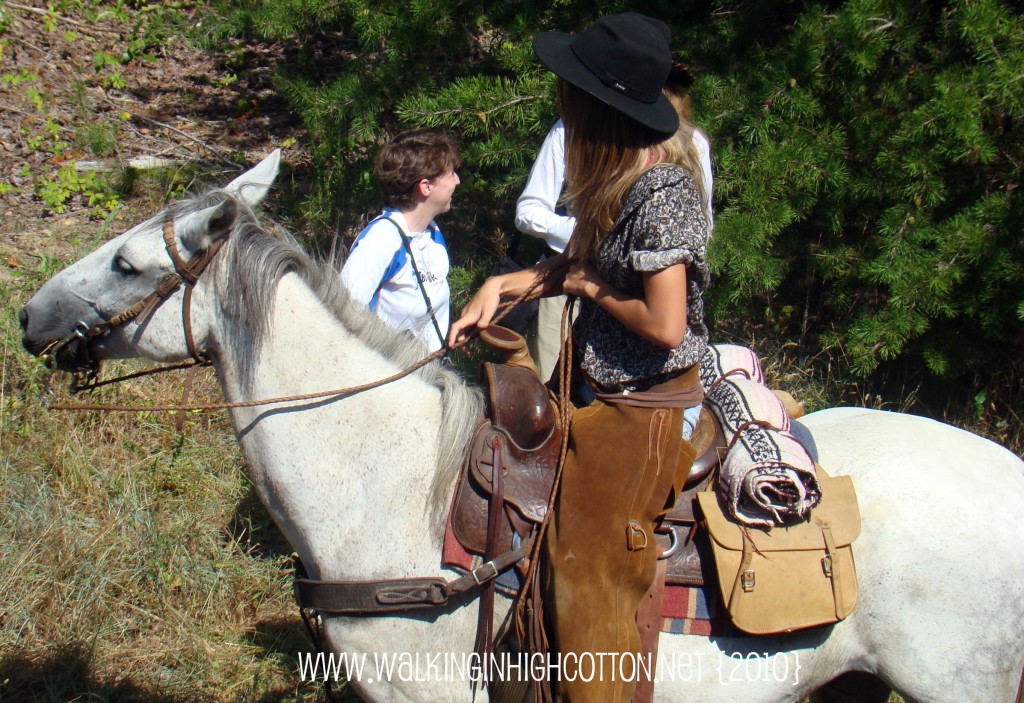 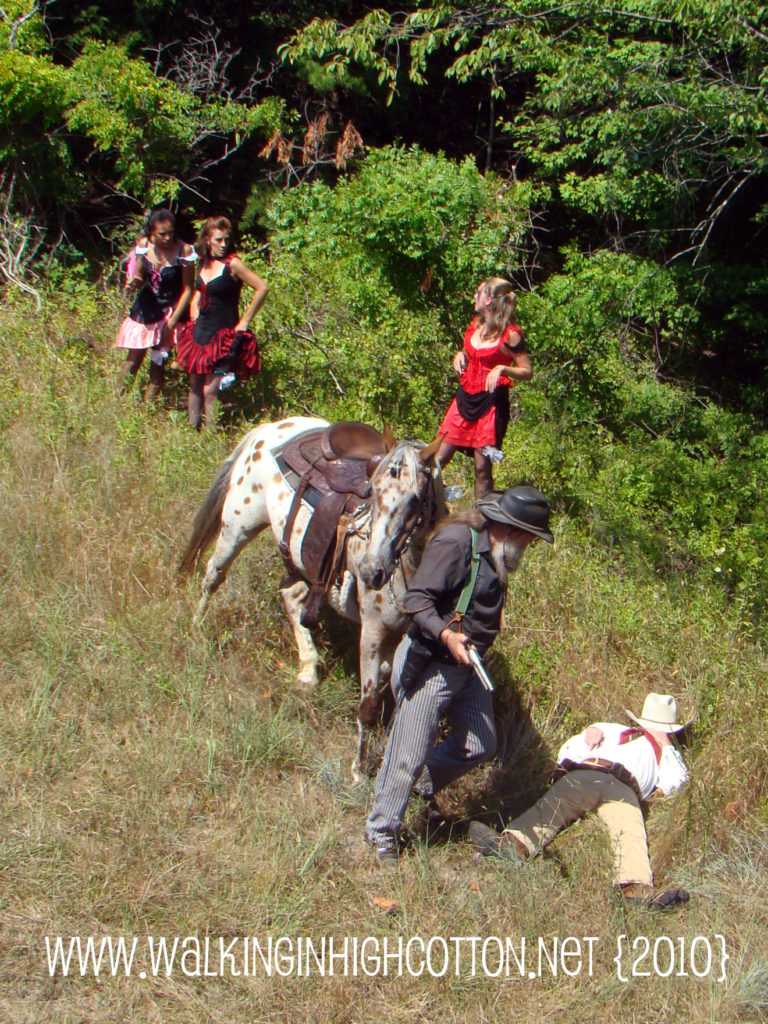 Before the Texas Rangers, the U.S. Marshalls, and the Lone Ranger and Tonto came to save the day! 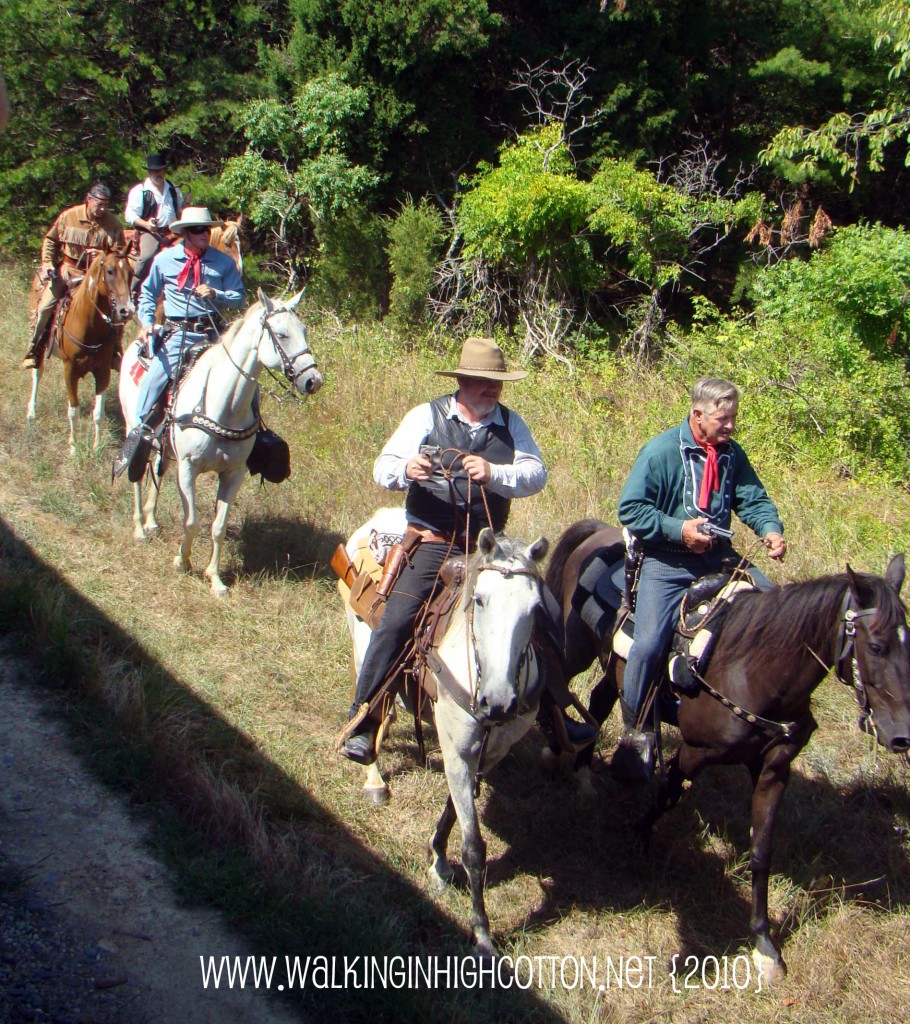 And we had front row seats to all the action!

Our crew was wiped out by the end. Our Speedracer was out of gas! 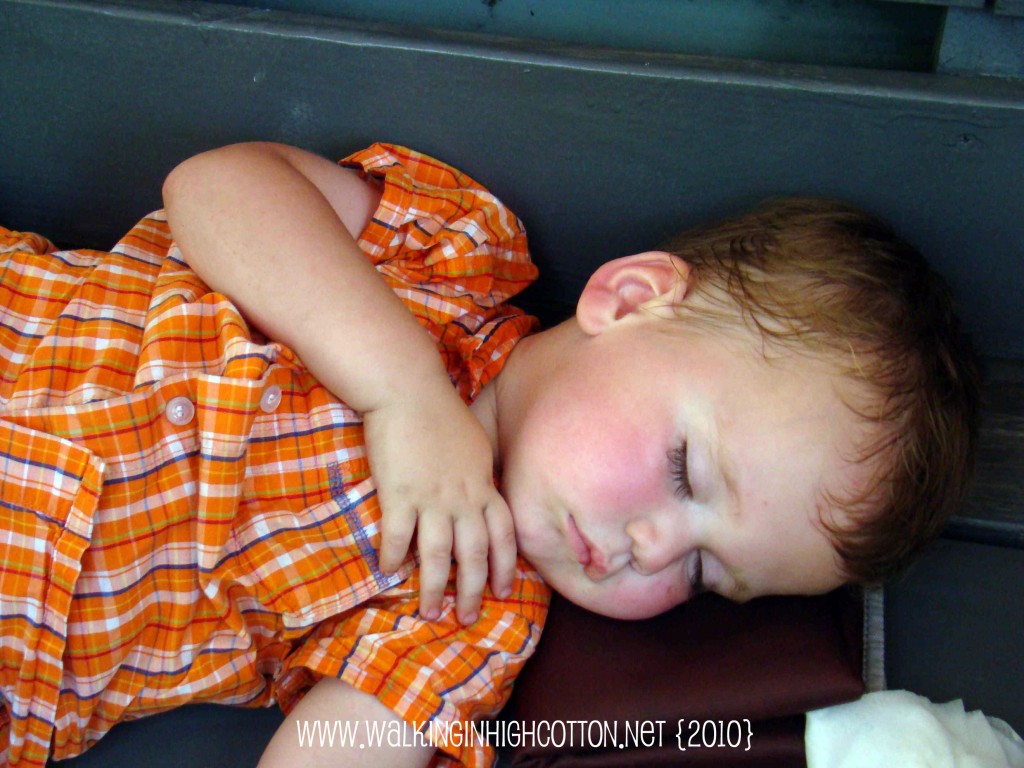 After naps all around, Mimi and Papa took the kids to the river…but we’ll save that adventure for later.