My sister and I used to be known as “the girls.”  (Actually, we probably still are in certain circles.)  But the title has recently been usurped by my daughter and my niece.  We call her the Diva.  She’s the only 4 year old I know who insisted that her fingernails be polished and her hair be curled for the first day of preschool.

And she’s the Ladybug’s best friend. 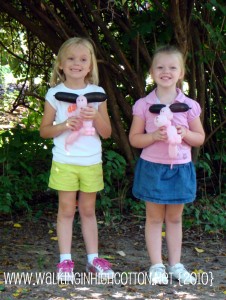 The Ladybug and my niece, the Diva. September 2010. 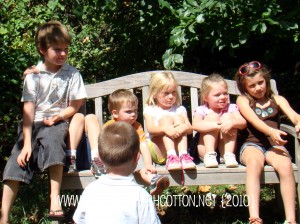 The Diva’s brother is only a month older than the Ladybug and he used to be her best friend.  The Diva is actually about 2 years younger than the Ladybug.  She’s 6 months older than the Cowboy.  (My sister and I had a thing about being pregnant together!)  But the girls bonded as soon as the Diva was old enough to play dress up. 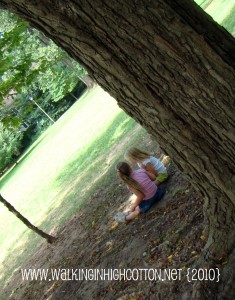 And now they’re inseparable.  Really, I’m not sure how we’re going to handle the phone bills in a few years.

But it’s melt your heart beautiful to see their joy in being together. 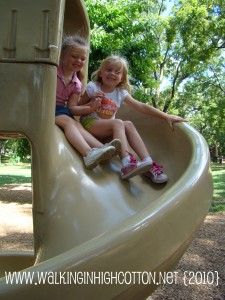 It’s like they’re long distance sisters–but even better, since distance makes the heart grow fonder.  They don’t waste their time squabbling.  Yet. 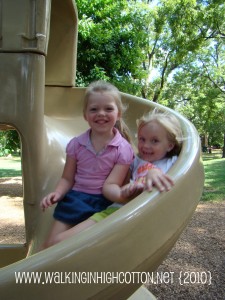 Who knows what they’ll be when they’re older. But for now, those smiles more than make up for the miles it takes to get together.