Boots are an integral part of everything we do around here…work, play, even bedtime.  I mean, we need a mudroom just to keep the boots in! 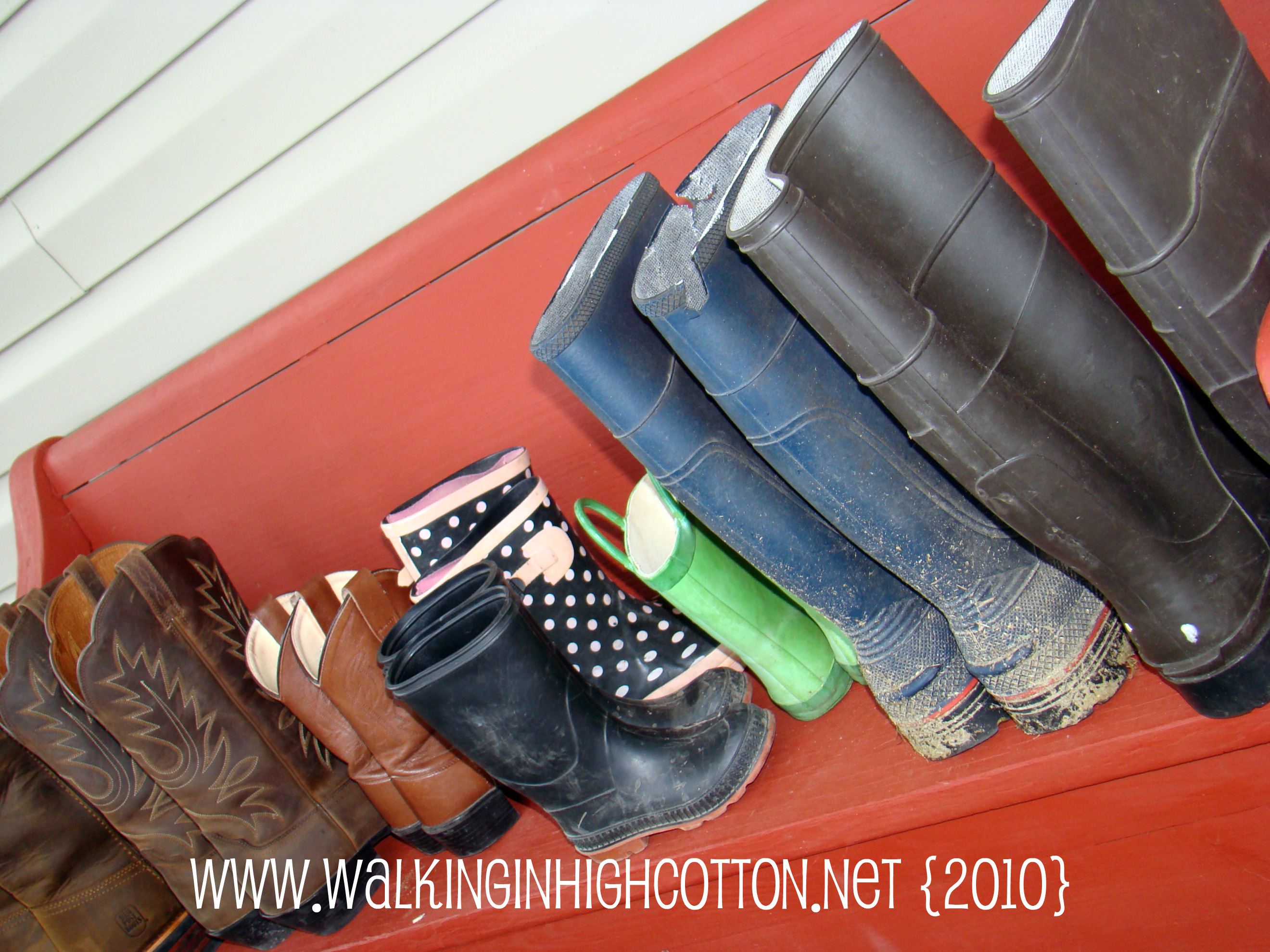 It's a good thing we have a big porch!

So I’ve got big news in our little boot world… 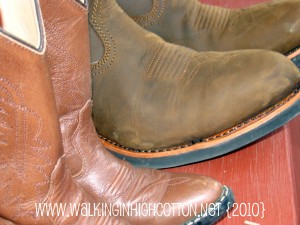 But before we get to the details, let’s talk boot nomenclature for the High Cotton crew.

These are cow boots… 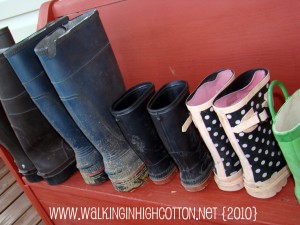 Not cowboy boots.  Just cow boots.  Cow-kickin’ boots, actually, but that’s a bit much for little mouths.  Also called muck boots, in some parts.  Easy to slip on, easy to slip off.  Waterproof.  Taller than most muck you’ll run in to–around here anyway.  (I have actually seen muck deep enough to spill over into Mr. Fix-It’s muck boots when we lived on a dairy farm.  Yuck!) 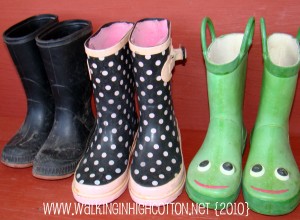 They’re loose enough to slip over top of just about anything.  Between these boots and my kitchen apron, I can cover just about any of my office clothes up safely enough to do the morning and evening chores without changing clothes a 100 times a day–which gets a little old and irritates the washing machine.

And these are work boots…  (Yes, we’re very formal and specific around here, aren’t we?) 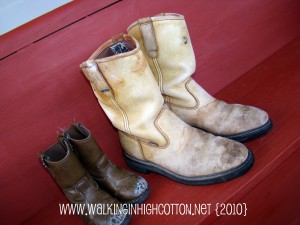 You’re probably familiar with these boots if you’ve been around this site much.  I pretty much live in these boots.  I’ve had these boots, yes this specific boots, for five years now.  They’ve faced just about every kind of mess, muck, and fluid a farm can throw at them and didn’t flinch.  Except for one unfortunate baby vomit splattering incident incited by the Cowboy that left a permanent stain.  But I don’t hold it against them.  (Note–this is the only time that Spray n Wash has totally failed me.  I do not recommend trying to clean baby puke from dirty boots with Spray n Wash.  Not at all.) 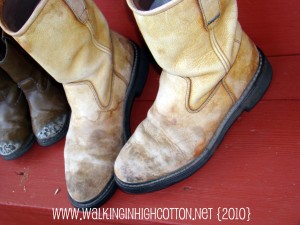 Boy, it's been a long hard road for these guys...

And these, of course, are… 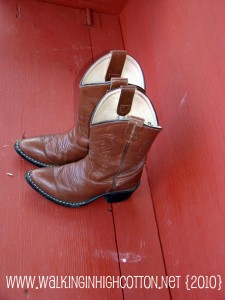 Too cute for words?

Boots!  I guess the “cowboy” part is just taken for granted, because we just don’t seem to say it.

So on Saturday Mr. Fix-It needed new work boots (which he does every 9-12 months) and took us all with him this time (which he does every 9-12 years!).  Somewhere between chasing Speedracer out of the racks of Wrangler jeans, removing pink cowboy hats, and boots, and belts, and purses from the Ladybug’s possessive little fingers, and dragging the Cowboy off of the saddle-shaped stools 100,000 times, both my sanity and my loyalty flew right out the window–and I came home with these! 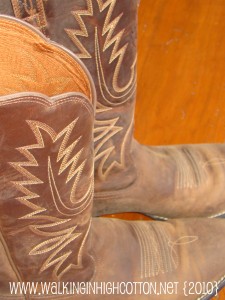 They even smell new!

Who would have imagined I would ever throw my faithful, spit-stained work boots in the back of the truck and shove my foot into something–anything–that’s brand new and needs to be broken in?  What was I thinking?  Well, after wearing them all day, including to clean the house, do the chores, and take a nap, I’m thinking…”I wonder if they have those dark brown ones with the purple stitching in my size too…”