So, if you’ve read lately (or seen the news) you probably know we got a lot of rain lately.  It’s been lovely (although still a little soupy) for most of the this week though.

But rain doesn’t stop the chores from getting done around here.  No sir!  I suit the kids up and send them out rain or shine. 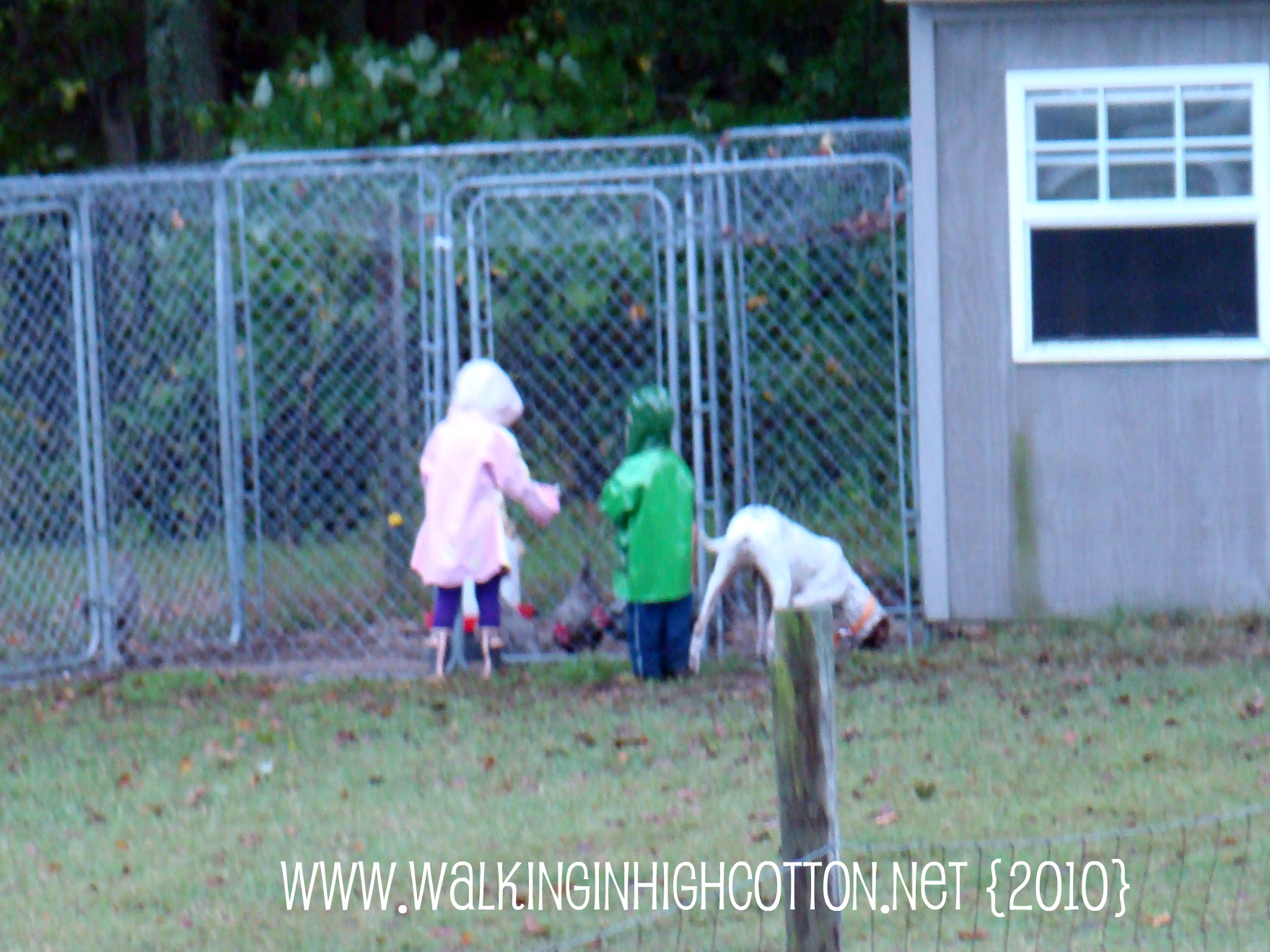 They're throwing bread crusts and leftover green beans to the ladies.

I do cut them some slack by keeping Speedracer in the house with me when the weather’s bad.  His dawdling adds about 27 and 1/2 hours to any chore. 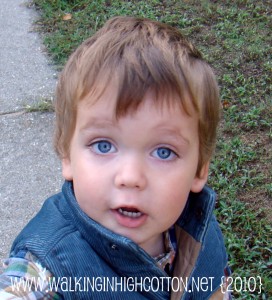 And they’re not crazy about the dusky dark of overcast afternoons so I send our dog Yankee along with them. 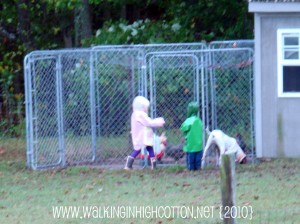 He looks like quite the guard dog, doesn't he?

Of course, if anything like a grasshopper or a dead leaf was to pounce on them he would probably run them smack over hightailing his way back to the house.  But they don’t know that. 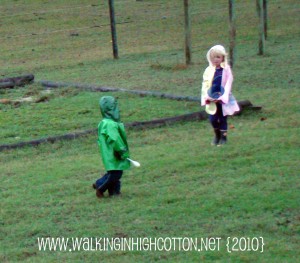 They definately took the "scenic" route back.

You might be thinking it’s cruel and unusual punishment to send them out there in the wet to feed the chickens and get the eggs.  But actually, I have discovered that a raincoat makes a kid feel invincible.  The only thing they like better than playing in the rain is probably Christmas. 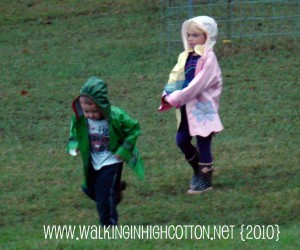 He's got to hurry to get some puddle jumping in before I notice they're done and call them inside.

It’s getting them to stop lolleygagging around and come inside that’ s the problem. 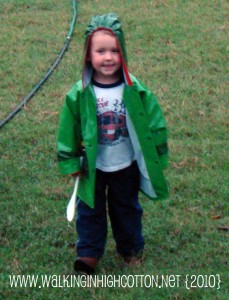 He doesn't look like he's being tortured by the workload...

Except the dog.  He only goes out if I throw a piece of cheese in the yard and slam the door behind him.  And he knows the only way he’s getting back inside without an hour on the porch to dry is if he hustles through the door in the chaos of the drippy, muddy, kids coming in before I can stop him. 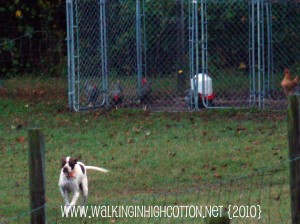 Oh, he'd better catch up if he wants to sneak in!

However…those big, easy to access, waterproof pockets are just begging for trouble with a 3 yr old boy.  We have a new rule around here–absolutely no eggs in pockets.  Ever.  Again.