In winter there is no grass.

I’m sure this doesn’t surprise you.

One day we hope to have grass for almost year round grazing…but we’re not there yet. 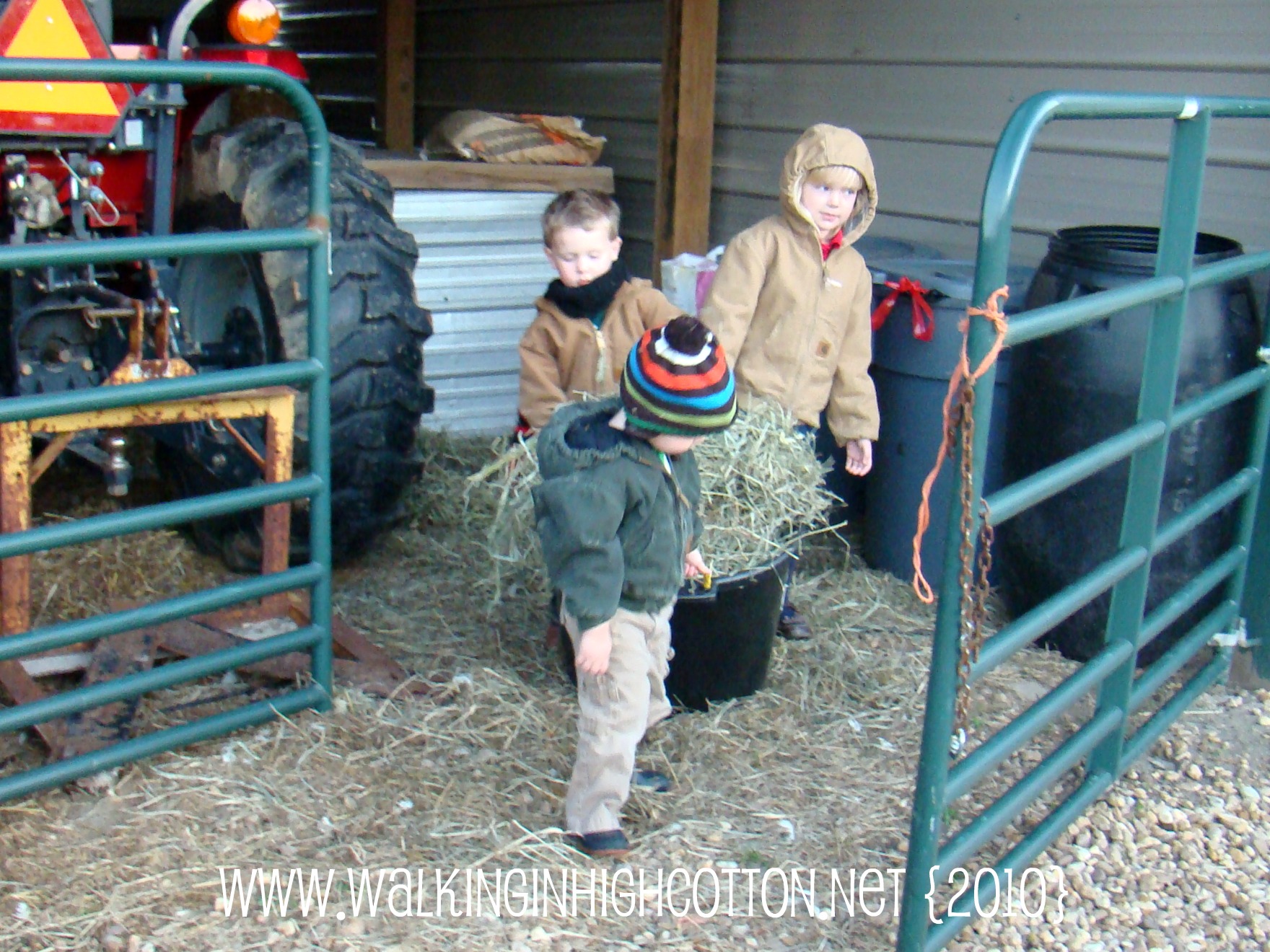 The kid's job is to feed their horse, Hokie.

So there’s no need to rotate the animals around for grazing.  We switch to hay feeding and use a winter pasture (also sometimes called a “sacrifice” pasture) to keep them from ruining good fields in the bad weather. We use our “warm-season” grass (a.k.a “blistering hot, humid, and droughty Virginia summer time”) fields as sacrifice fields because they’re completely dormant in the winter so they won’t be damaged, but they maintain a thatch-y root system to avoid erosion. (Who says wire grass is a weed?!) 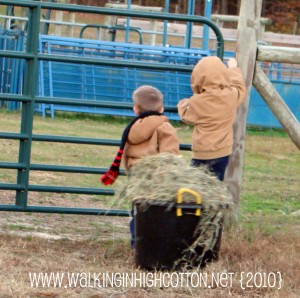 They fill his hay rack every evening.

We move the animals to our yummy “cool-season” grass (meaning green in spring and fall–dead in the summer time) in April and the “sacrifice” pastures magically spring back to green by June for summer grazing. 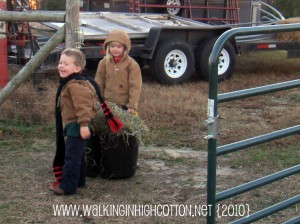 Pretty much completely unassisted, if you can believe it. You just have to ignore them while they do it--too much attention makes them regress.

So in the winter, except for our horse, Hokie, we feed large round bales.  The big ones.  The  good news (from my perspective) is that Mr. Fix-It has to move them with the tractor, so that’s not on our chore list.  And one of them last us about 4-5 days, so we usually only have to worry about that once a week. 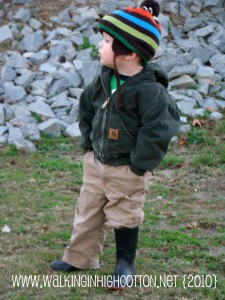 The bad news (from my perspective) is that everything else has to be done twice a day.  Morning and evening.  Water buckets freeze over and have to be broke open in the morning, then filled in the evening after the hose has time to thaw out during the day. 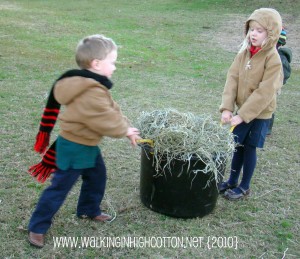 This was an early school day, so it's still light and they're still in their uniforms.

Then about mid-to end of January we’ll start some corn feeding each morning and evening to help the pregnant ewes maintain good health at the end of gestation.  It’d be easier to do it once a day, but it’s much better for the animals to have it twice a day to spread out the nutritional value.  It’s also important to feed up around the same time each day.  Their stomachs adjust to the routine and that also helps them keep optimum health and get the most nutritional value from their food. 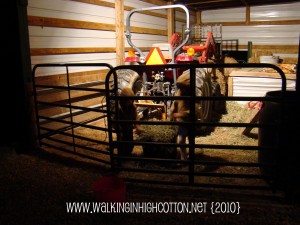 So we try to keep our chore routine the same within about an hour.  The problem is that in the winter, besides being cold (of course) it’s also dark at 5 am and dark at 6 pm when we’re doing the chores.  Ugh! 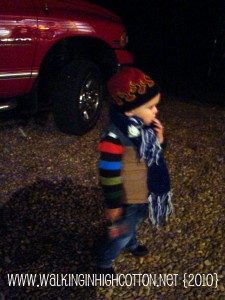 We move our routine forward about an hour and back about an hour on the weekend so we can actually see what we’re doing for a change.  Feeding time is an important time to observe everyone.  One of the first signs of a sick animal is not running to to food trough with everyone else. 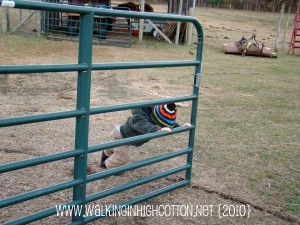 Just for the record...

Plus you have to clean and bed the barn and shelters so much more often. 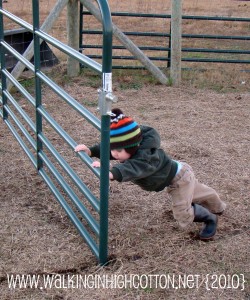 So winter is not my favorite chore time on the farm. 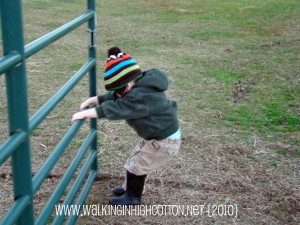 Professionals like this just make it look so easy.

But this is the first year I’ll be able to do it all without a baby carrier (complete with baby!) on my back, so we’ll see if it goes a little smoother.