I think I’ve made a fundamental parenting error. I’ve let my own enjoyment and shared interest in a subject override my good sense. 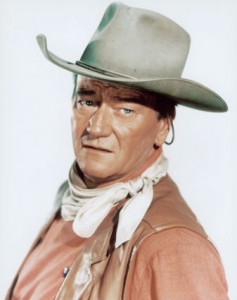 It started with The Cowboys.  A movie featuring, well, John Wayne…as a rancher (of course), who’s cowboys cut out on him to go pan for gold right before he has to get his cattle to market. So he hires on the 12-15 year old boys from the local schoolhouse for the summer drive. 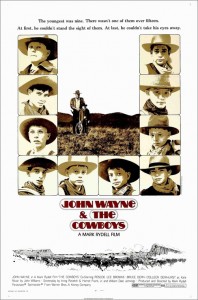 It’s a great movie. Good guys verses bad guys. Courage. Toughness. Cowboy hats and ropes and horses. And cows. What more could this kid ask for? 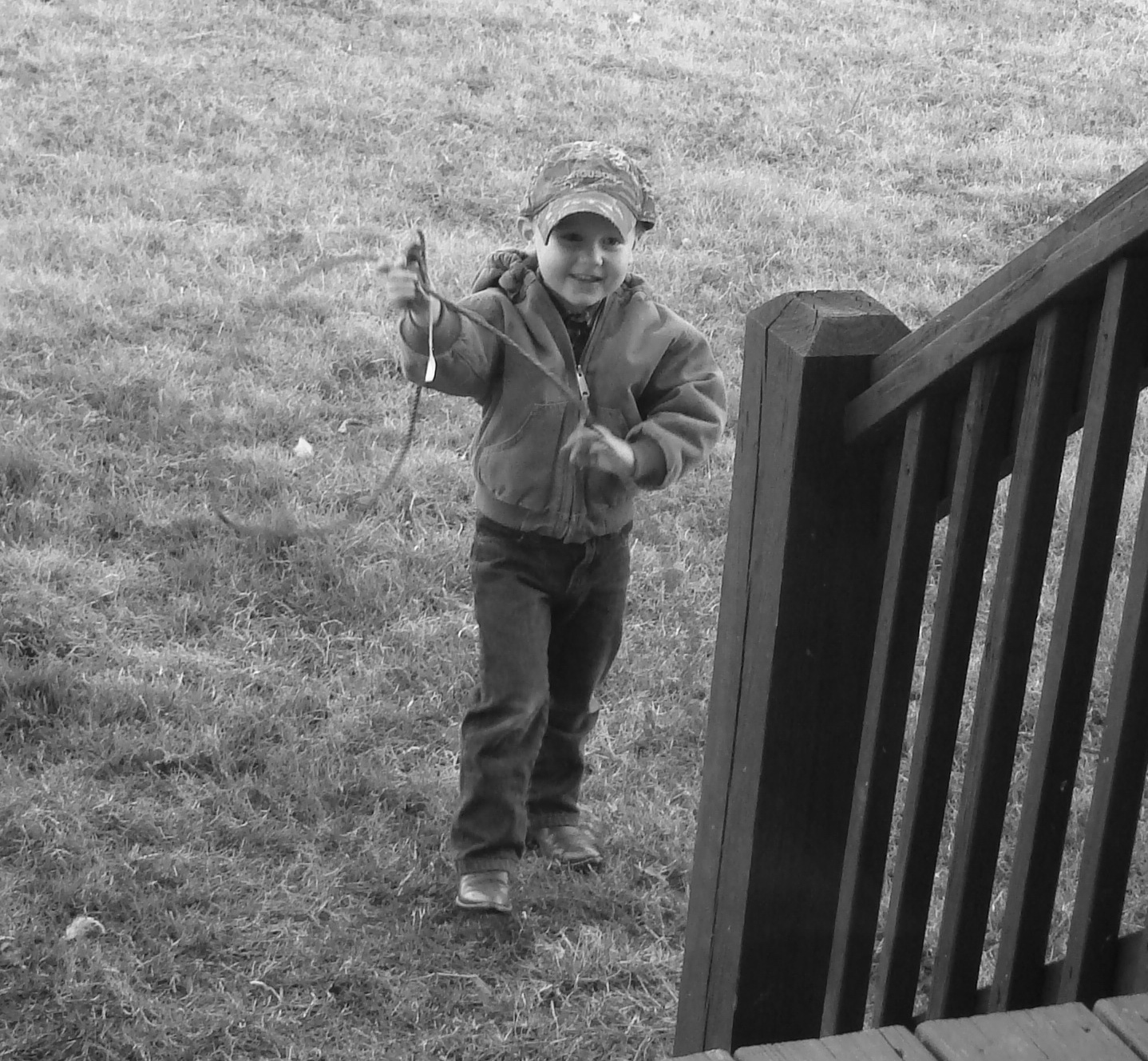 Apparently nothing. He’s watched it a 100 times. Sure, we have to discuss appropriate language every once in a while (just as a reminder). Sure there’s some violence we have to set in context for them (Please stop shooting your brother with that chip clip!). And sure, there’s a brief scene with some “soiled doves” that goes right over their heads for now (thankfully). But morally it’s no worse than the completely inappropriate lust of a priest for a gypsy dancer in Disney’s Hunchback of Notre Dame–and back then even ladies of ill repute were wearing more clothes than they do at the Academy Awards these days. I mean, come on…John Wayne is an American icon. A hero in the truest sense. At least, his characters are, and that’s what we’re concerned about.

But the other day they asked me to watch a different cowboy movie. I mean, they’ve seen them all in the movie drawer. Yes, I have to admit, I love a good western. Lonesome Dove, Tombstone, the Ultimate John Wayne Collection (in black and white), we have a whole Westerns section in our cabinet.

So I plugged in another one. 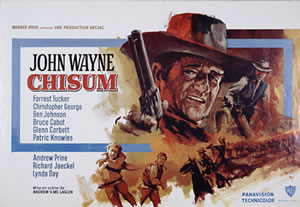 Chisum is loosely based on the story of John Chisum, one of the rich, rich, rich cattle guys out west. You know, the Chisum Trail we all learned about in 7th grade? That guy. It’s a great movie. Cows, horses, hats, ropes, Billy the Kid, Pat Garrett, music by Merle Haggard. Again, perfect, right? 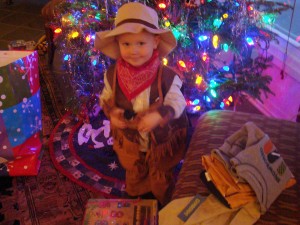 I have created a monster. 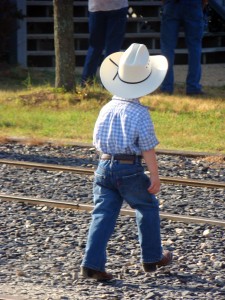 But it’s also beginning to make me wonder if I’m setting myself up for momma heartbreak. In case you didn’t know this, there’s not many cattle ranches in Tidewater Virginia. (As a matter of fact, we might even, sort of, occasionally, once in a while, joke–just a little bit–on anyone presumptive enough to name their little farm the XYZ Ranch around here, just because they’ve got a couple trail horses grazing out front.)

If there’s going to be any real cowboying in the Cowboy’s life, it ain’t gonna be around here. 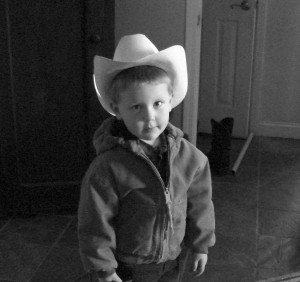 There is no way this boy is moving "out west" without me.

So I told Mr. Fix-It, no more ropes. No more belt buckles with bucking broncos. No more cowboy hats. No more of these…things… 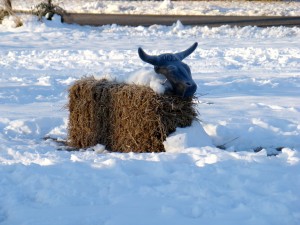 No more roping the cats, chickens, or chairs.

Stop teaching him to feed animals and ride horses and drive a tractor. Teach him to play video games and pierce his nose 5 times and dye his hair blue. Then maybe I’ll get to keep him.

He said, I bought him this for Christmas.

Thank goodness. I need my chip clip back.