When’s the best time to plant your garden? Our theory is right before they’re calling for a couple days of rain. It saves you a lot of watering. So the kids were out there hoeing a row with Mr. Fix-It over the weekend. 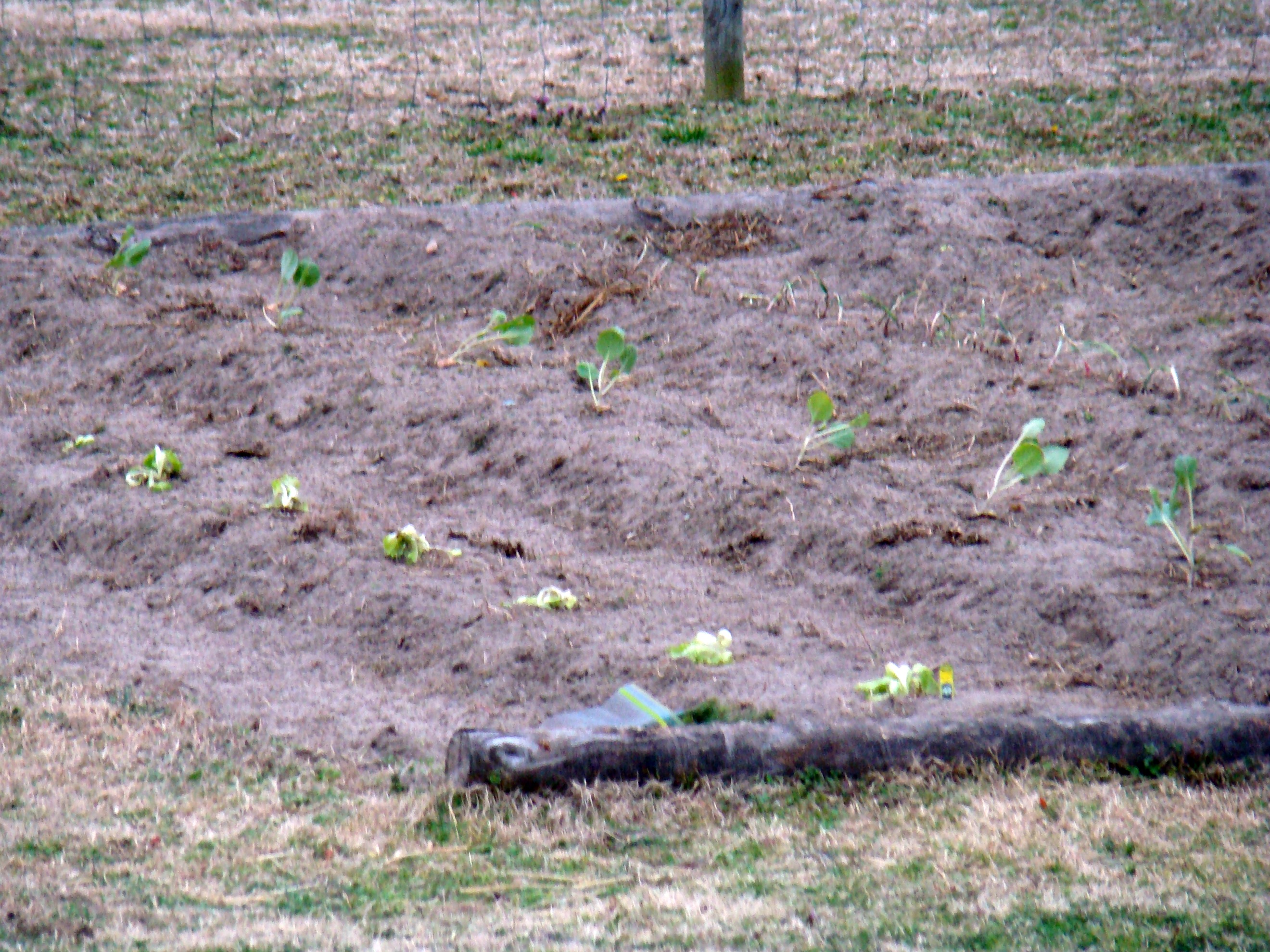 Our baby broccoli, lettuce, and onions.

When we got home on a blustery Monday afternoon to see that the chickens were out, I wasn’t that surprised. It happens fairly often. The latch is a little stiff and a 6 yr old gathers the eggs every day. It occasionally gets left unlatched and the wind will whip it open on a stormy day. 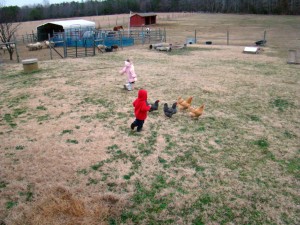 Of course Speedracer would be the first to take to the chase!

But the Ladybug completely freaked out on me about the garden. She put on her General’s stripes and started organizing her troops pronto! She wasn’t taking no sass from “those boys” either. Even the neighbors probably know it, the way she was hollering orders across the yard. 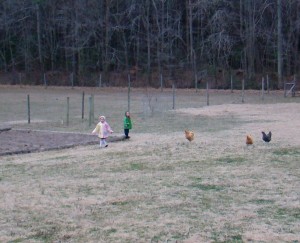 The Cowboy was stationed at the critical corner because Speedracer is too undependable.

I wouldn’t let them actually chase the chickens around the yard trying to pen them up again because it just upsets the chickens and creates bad habits for the kids. (Speedracer certainly doesn’t need any encouragement!) It was only about a hour before dark and they would go back in the house by themselves to roost shortly. The Ladybug was quite beside herself about the situation. 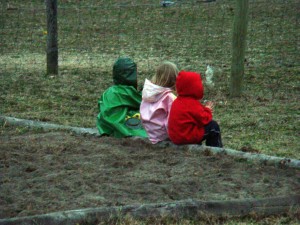 As the chickens drifted back toward home, the troops took up station at the southernmost outpost.

She made both of the boys stay outside with her until dark. As soon as the last chicken was by the doorway, she raced over there and slammed her in. (From the squawking, she probably left some tail feathers in the door jam.) She send Speedracer to get me to help with the latch because she wouldn’t move from blocking that door until I got there.

Just goes to show that a little sweat equity can go a long way toward motivation!