I posted yesterday about how Speedracer seems to spend an awful lot of time watching everyone else working and how I should probably start working on this loafing mentality of his. So we decided to start giving him some bigger chores–some stuff we thought he could start doing independently–not just “go help your sister.” The Cowboy had developed a complete distaste for feeding the chickens so this seems like the perfect time to pass that chore torch along to the next in line and move the Cowboy up to something bigger.

Off I sent them yesterday evening for the Cowboy to show him the ropes. 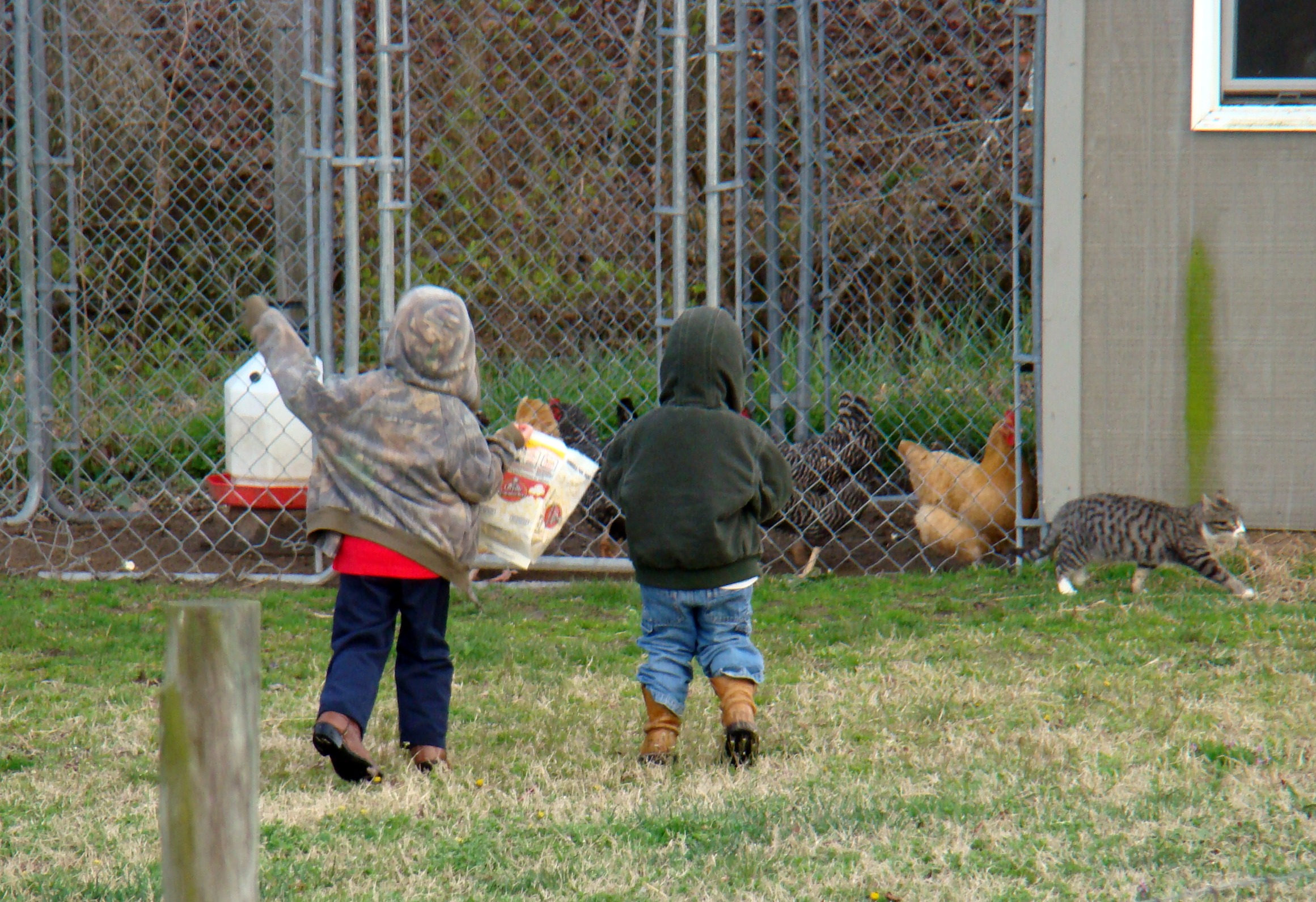 Little did I know that I would be supervising from the porch for 47 and a 1/2 hours while they tossed the popcorn in there one. piece. at. a. time.

(Just for the record, we don’t only feed our chickens leftover popcorn. We feed them chicken feed pellets in their coop. We just also toss them any grain or fruit and veggie scraps from the house every day or two. That’s the “feeding the chickens” job. They’re good helpers, but the crew’s not up to lifting 50 lbs bags of feed. Yet.)

But I got to capture this hilarious moment between our house cat, Scratchy, and one of our farm cats, Liberty. 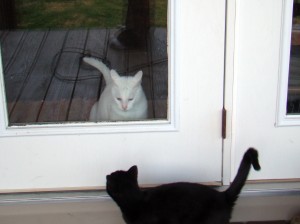 Scratchy is an inside cat and declawed.

The pictures aren’t great, but I only had a few moments to turn around and start snapping. 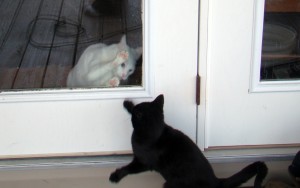 Liberty's our friendliest outside cat and is usually found following the kids around or loafing on the porch.

Scratchy’s not allowed outside (at all) because he gets chewed up and then I have to patch him back up and it’s just a big, yucky, hassle. I think this last time might have finally taught him a lesson about sneaking out. 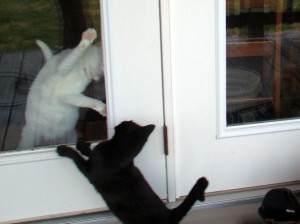 They started throwing themselves at the glass and leaping around completely airborn.

But he doesn’t let that stop him from trying to play with everyone. 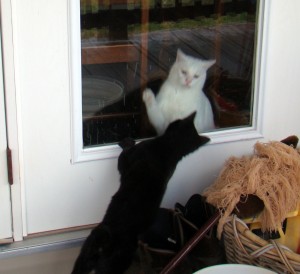 They were sneaking back and forth between the two panes.

And Liberty’s use to rolling around with the other cats, or a piece of fuzz, or the Cowboy’s lasso, or whatever/whoever else will sit still long enough for her to pounce. 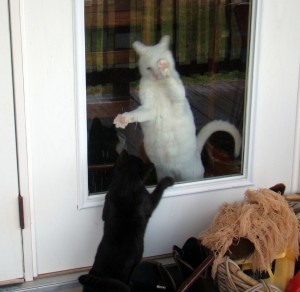 They were totally intent on each other.

It was so funny to see them playing, totally obviously to the fact that they were separated. 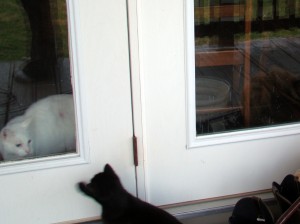 You can see that little pink spot still healing up from Scratchy's last outdoor adventure.

They went at it for a good 10 minutes, leaping and thumping and batting at each other–all in complete silence. 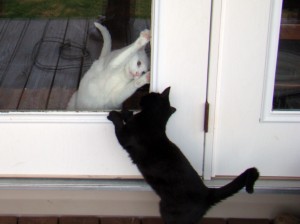 I think Scratchy misses pestering the dogs until they would chase him in the house.

They stopped long before the boys made it back inside.

I’m linking up with Farm Friends Friday over at the Verde Farm today, even though I’m a little light on the farming in this post. If you want more farming, more gardening and growing, and more animals, be sure to skip over there and click through–they’ve posted some great pictures of their Shetland Sheep today!