I mentioned last week that we were taking the kids to see professional bull riding this weekend. The PBR. And you have to say that in a deep, gravely, boxing ring announcer voice, by the way, like this…THE P! B! R! (See? Did you hear my deep gravely voice? The kids did. They’re giggling right now.) 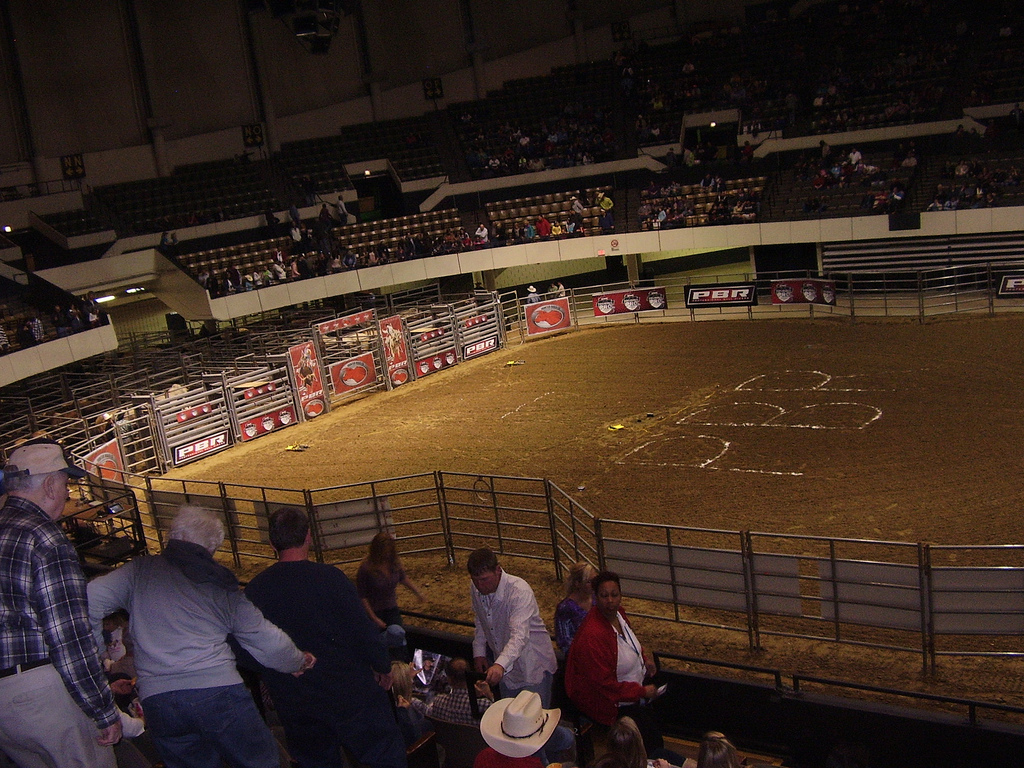 This was before the action got started.

They loved it, of course. The Cowboy particularly liked it when I told him that the bulls were professionals too. And there were lights and music and fire and clowns dancing…I was actually a little taken back (and disappointed) by the fact that there was no country music. It was all pop/Top 40 stuff. That seemed a little strange to me–at very least I thought we’d get to hear 8-Second Ride by Jake Owen (which would make Pastor Gray choke if he heard me cranking it as I drop the kiddos off one day, but I have to admit that I love it. Love it.) But no such thing. I mean, come on, a little Chris LeDoux anyone? Anyone?

Ok, never mind. The kids just soaked it all in as part of the show. They don’t know Nellie from Pink from whateverintheworld else that was, but they know that setting stuff on fire is pretty cool. 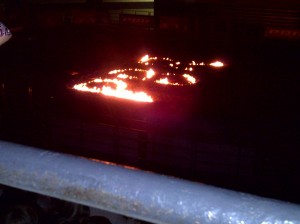 This was the entrance part of the show.

So for Thankful on a Thursday? 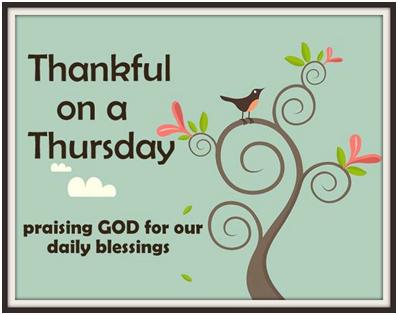 No, I’m not thankful for the PBR–but I am thankful that Mr. Fix-It agreed for us to go and got us good tickets (they weren’t cheap, that’s for sure) and we were able to enjoy that family time together. 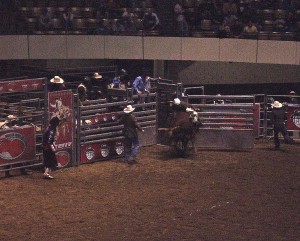 There was too much jumping, shouting, and grabbing my arm to get many pictures of the actual bull riding. Thanks to my SIL for this one!

And not just being there, either. Mr. Fix-It’s sister came down and we had a whole family weekend. The shared anticipation of going together was as much fun for the week before as actually being there.

“Lay not up for yourselves treasures upon earth, where moth and rust doth corrupt, and where thieves break through and steal: But lay up for yourselves treasures in heaven, where neither moth nor rust doth corrupt, and where thieves do not break through nor steal: For where your treasure is, there will your heart be also.” (Matthew 6:19-21) 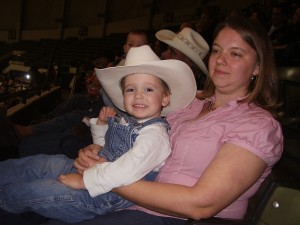 I'm not a fan of pictures of myself either, but I'm thankful for this one of me and my Speedracer.

I’m thankful for our crew and each and every member of our family. 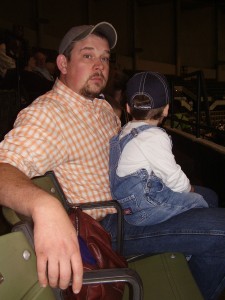 And this rare, sneaky picture of my Mr. Fix-It too.

I’m thankful that God has provided for us in ways that allow us to give our kids experiences like this. And not just going to the PBR. I thankful for going to museums, zoos, concerts, picnics, beaches, train rides, just all sorts of things that are new and fun. 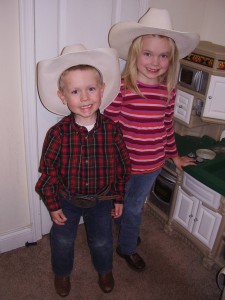 Look at those happy faces!

I’m thankful for chances to take them out into the world to meet new people and see new things, and learn how to apply their manners and act with Christian character in front of the world. The old man sitting next to me on Saturday night was a hoot and had a blast sharing his peanuts with the kids–and he was so appreciative of their “pleases” and “thank yous” and general good behavior.

“Let brotherly love continue. Be not forgetful to entertain strangers: for thereby some have entertained angels unawares.” (Hebrews 13:1-2) 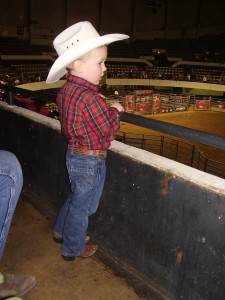 If he thinks he's ever getting out there on that dirt he's crazy.

And completely unrelated to PBR or my family, I forgot my Bible at the office yesterday (which was very awkward when I realized it on the way to church last night)–which made me so extra thankful when I got back this morning and had it in my hand again.  To think that those early Christians didn’t have the written Word to help them, to study, to learn from…they had to remember everything that was said in their head!

“And that from a child thou hast known the holy scriptures, which are able to make thee wise unto salvation through faith which is in Christ Jesus. All scripture is given by inspiration of God, and is profitable for doctrine, for reproof, for correction, for instruction in righteousness: That the man of God may be perfect, thoroughly furnished unto all good works.” (2Timothy 3:15-17) 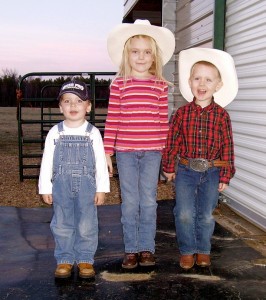 In case you’ve ever wondered, we use the King James Version (KJV) of the English Bible (not the New KJV, the original). So if you ever wondered about my scripture quotes, they’re all KJV.

And I’m particularly attached to my own, personal, light blue and brown, soft spine, two column, medium font Bible. (I have to admit, this is pretty much me about everything, I don’t like change.) I rely on my tabs, underlines, stickies, and notes. We have extras at the house and I have to use them sometimes, but I’m always thankful to get back to mine.

What are you thankful for this week?