Remember when I mentioned picking up these little day-old fuzzy-balls from the Post Office a couple weeks ago?

{Funny aside…it took me 30 minute to find this picture because first I looked through the 7 billion pictures I have labeled “chicks” and “chickens.” Turns out they’re labeled “kittens 3.” Go figure, right?} 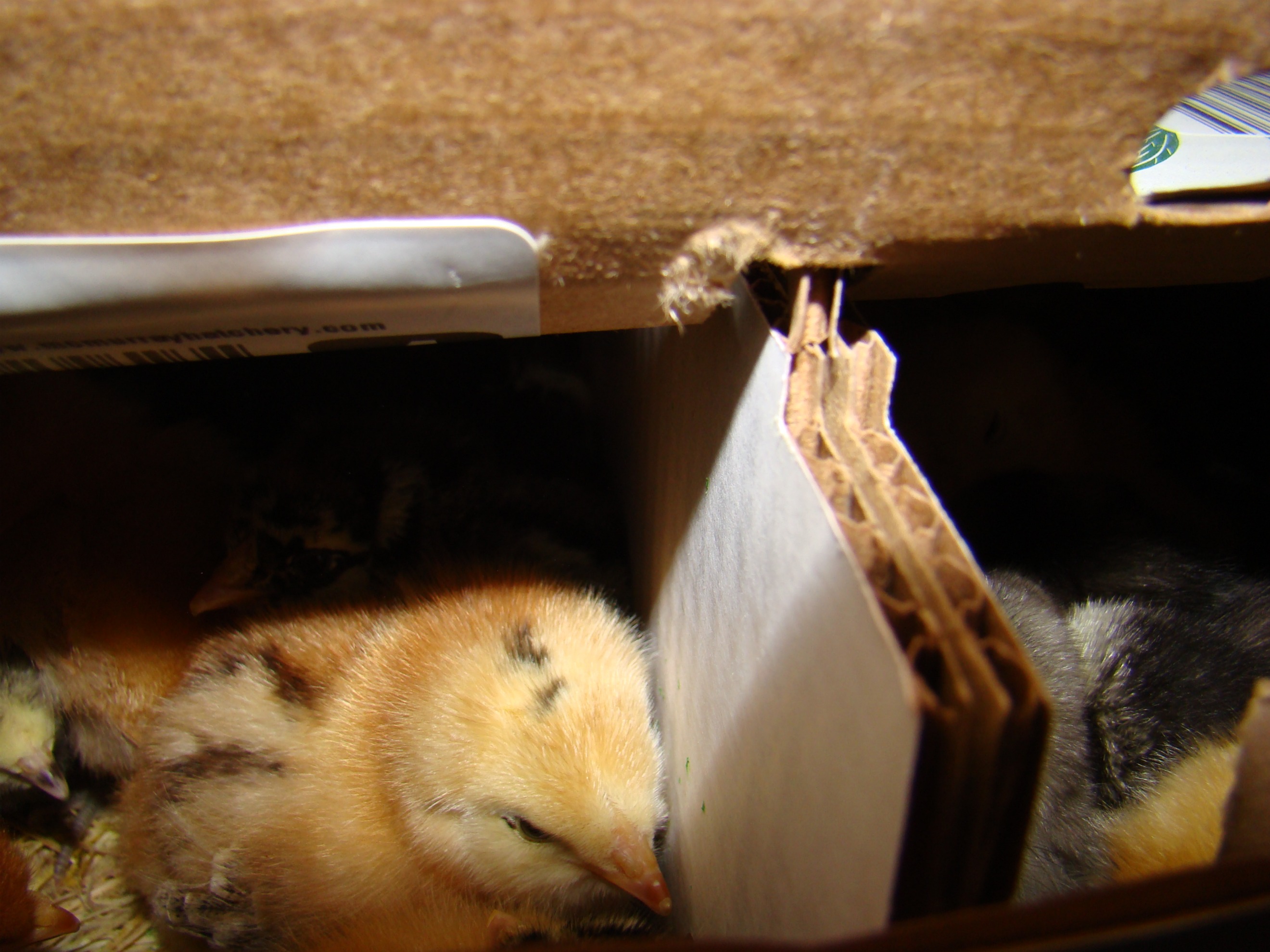 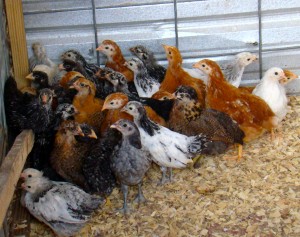 They've been busy growing. A lot.

You can see that they’ve lost most of their baby fluff and are in a sort of awkward adolescence with their feathers coming in. It’s uglier for some than others (just like high scho0l, right?).

Since these are meant to be laying chickens, they’re supposed to be all females. All hens. When you order chicks, you can order all females, all males or straight run, which means whatever they pick up and put in the box. 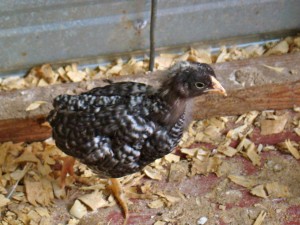 This scruffy little one is feathering out a little slower than some of the bigger ones.

You pay more if you have the hatchery determine the sex before the chicks are shipping and it’s still not a 100% guarantee that you’ll get what you ordered. At one day old, telling the boys from the girls is pretty tricky. It was actually a job featured on the Discovery Channel’s Dirty Jobs with Mike Rowe once, back in 2003.

{Another aside…Mr. Fix-It loved watching that show, back when we had cable, because he’s done so many of those jobs at one time or another. Really. Like every other show he was saying, Yeah, I did that once. You have to…My husband has nerves of steel!} 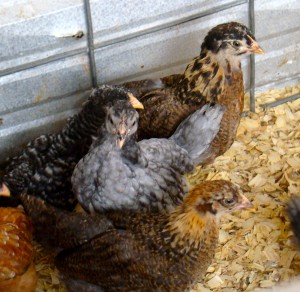 A couple of these birds almost look raptorial to me. More like birds-of-prey than just prey.

Did you know chickens lay eggs even if there’s no rooster? We get this question a lot. Hens lay eggs even with no rooster. They’re just not fertilized and would never hatch. The eggs you get in the grocery store come from hens that have never seen a rooster in their life. 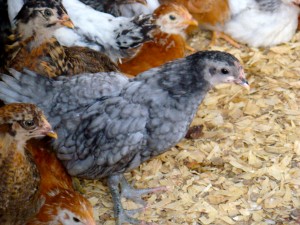 We have several different breeds in this batch, so it's quite the rainbow.

And no, the rooster doesn’t fly over or sit on the eggs to fertilize them after the hen lays them, like fish. They breed like…well, horses and cows and sheep. Except with a lot more squawking and…well, nevermind. Let’s just put it this way, chicken love is ferocious.

I was traumatized from the top of my Northern-Virginia-born-and-raised head to the toes of my mucky farm boots the first time we had a mature rooster in our coop and I was introduced to the facts of life, chicken-style. 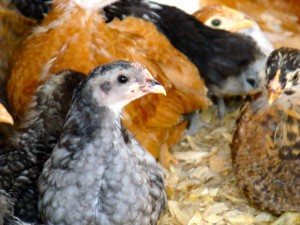 I'm starting to wonder about a couple of them. They seem awfully bold for hens.

My negative history with roosters is well documented here at Walkin’ in High Cotton if you’ve been reading long. I don’t miss not having one. Not. at. all.

Sure, they’re pretty. And sure, I’ve read all about people who love their rooster and pet them and play with them and yada, yada, yada…I haven’t meet one yet like that. I have meet one that attacked me even after I threw a full bucket of water on him, threw the bucket at him, and broke a broom over his head. 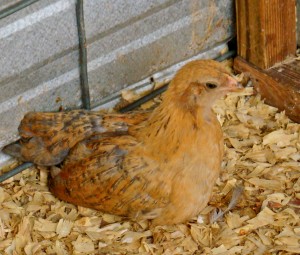 This one looks like a lovely sitting hen already!

Of course, we don’t hand-raise our chickens either. That probably makes a huge difference. But I literally don’t have time for that, so I”m glad to just stick with hens in our laying coop and order peeps every year or two.

Maybe we’ll travel that road again when the kids are a little older and interested in taking the time to handle one.

Of course, the Ladybug has been equally mistreated by roosters before, so I doubt she’ll ever take that interest. But Speedracer hasn’t had the heart-pounding experience of being chased across his own yard by a screaming, flapping, hissing, razor-clawed beast (ugh–it’s making my stomach curl to remember as  I type this!)–so I’ll never say never.