We had a pretty busy weekend, but overall it felt rather relaxing. After Friday, anyway. Friday after work  the kids and I headed out to a birthday party for a little friend of theirs from church and the Cowboy had a total meltdown just before we left. Total. The stereotypical kicking, screaming, flailing, yada, yada, yada. The kind that brings less experienced Momma’s to tears too.

And sometimes experienced Momma’s too.

But I knew he was just exhausted and unfortunately had seen it coming for about 1/2 a hour and wasn’t quite sure how to politely extract ourselves before it hit. So this time I just gritted my teeth, loaded him into the truck, and let Mr. Fix-It put him to bed when we got home while I recovered a little bit. 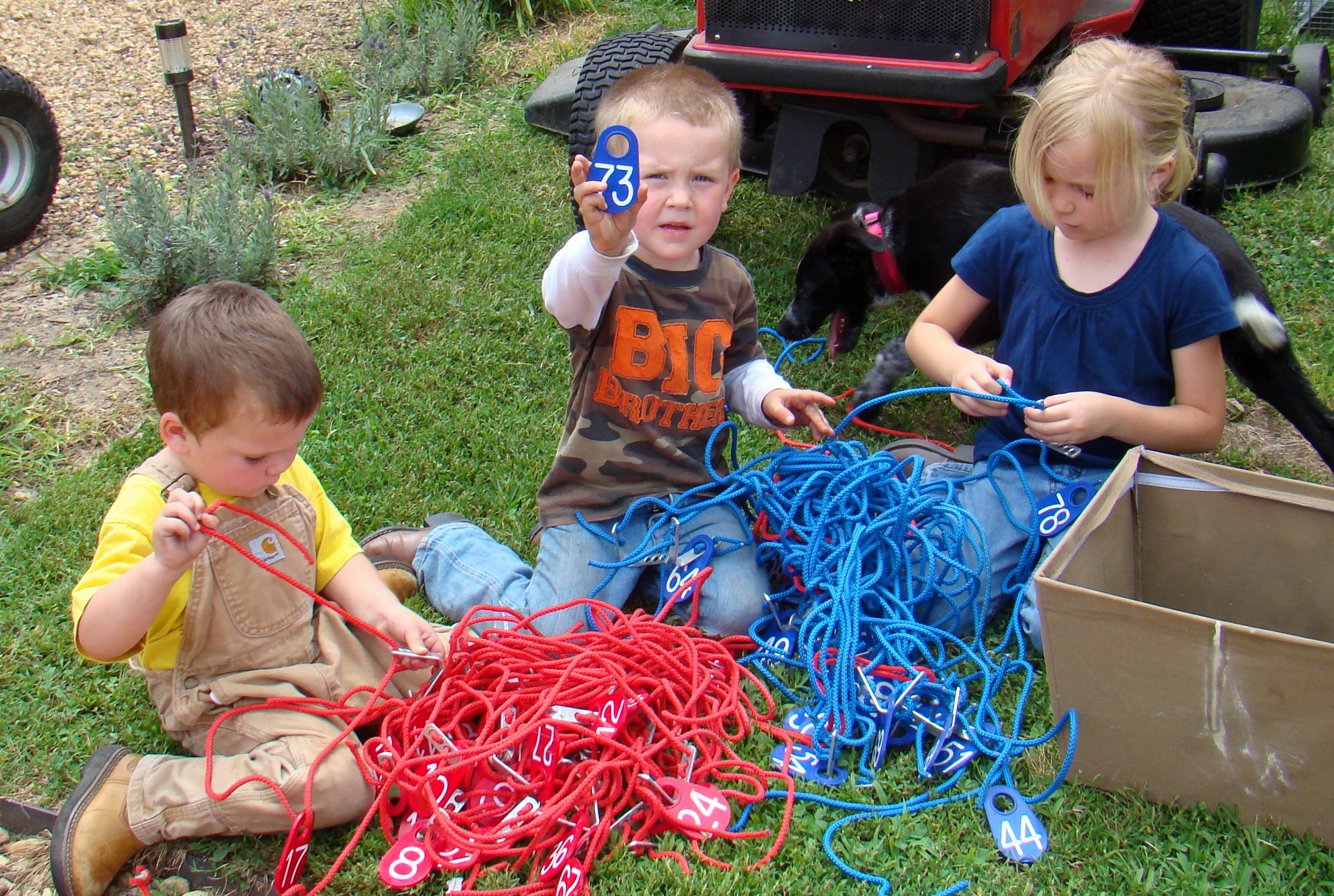 I put the kids to work dis-assembling id tags.

The next morning we woke up to sunshine. We loaded cows, weeded the flower beds and cut grass, went to the Ladybug’s first piano recital, and had a nice steak and shrimp dinner at home for Mr. Fix-it (to celebrate his birthday, which was last Wednesday, and Father’s Day). 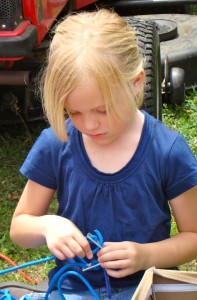 My girl was all about being a serious helper this weekend.

Then on Sunday we all helped clean the garage for Mr. Fix-It for Father’s Day. (Ok, ok, and for the rest of us too. We all use the garage and it gets a little crazy in there from farm stuff, car stuff, horse stuff, house stuff…you get the idea.) 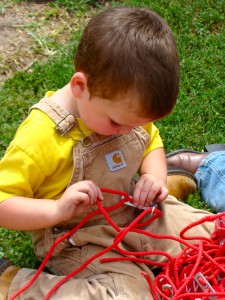 I'm not sure if Speedracer ever got any done by himself--but he gave it a good try!

Having tools does no good if we can’t get to them or find them. And since Mr. Fix-It really does fix stuff around here, he shouldn’t have to work in the driveway when we have a garage right there. 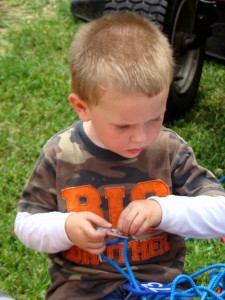 The Cowboy was having fun working on his numbers as he tossed them into the basket.

Besides, Mr. Fix-It had noticed some nasty spiderwebs under some of the work benches and stuff and we didn’t want the kids or the dog getting bit by anything. 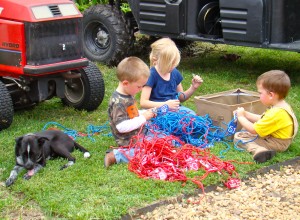 Penny's really getting the hang of just hanging out.

“Anything” meaning black widow spiders. Yep, we’ve got them around here. Actually, we’ve got them right here. I must admit, the first time I saw one I felt shocked because they’re so hyped up that you expect them to be as big as your palm, but they’re not at all. We’ve seen much bigger spiders in the garden. But you can’t mistake them either. That red mark is as clear and vivid in real life as any picture you’ve ever seen in a book. 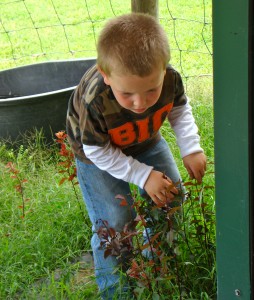 At break times the Cowboy was the official toad-catcher.

Anyway, we were cleaning, moving work benches, sweeping, and hosing everything out for most of the afternoon. I re-organized our farm supplies since lambing season is over and took stock of our medicine shelves. (We need to reorder 7% iodine!). The kids and Penny ran around getting under foot, helping occasionally, and chasing toads. 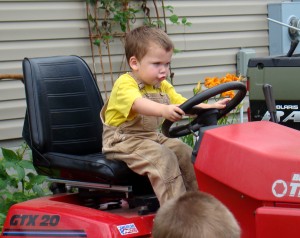 Speedracer made sure he got in his play time too.

It was…well, fun. Good family time. Not too much fussing, no arguing, and only a few incidents of Penny tackling Speedracer. (She just can’t seem to resist the fact that he’s just her size. I have to keep a close eye on them.) 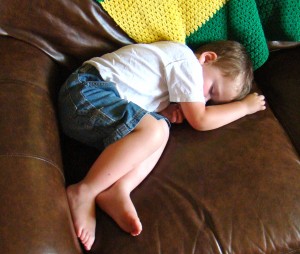 And there's always time for a nap, too.

Just as we were finishing up, it started raining. So we washed up and took the kids to Cinema Cafe for dinner and a movie. That’s the first time we’ve done that. It went pretty well, although it won’t be something we do often. We  got home in perfect time to do baths and bedtime.

What were you up to this weekend?